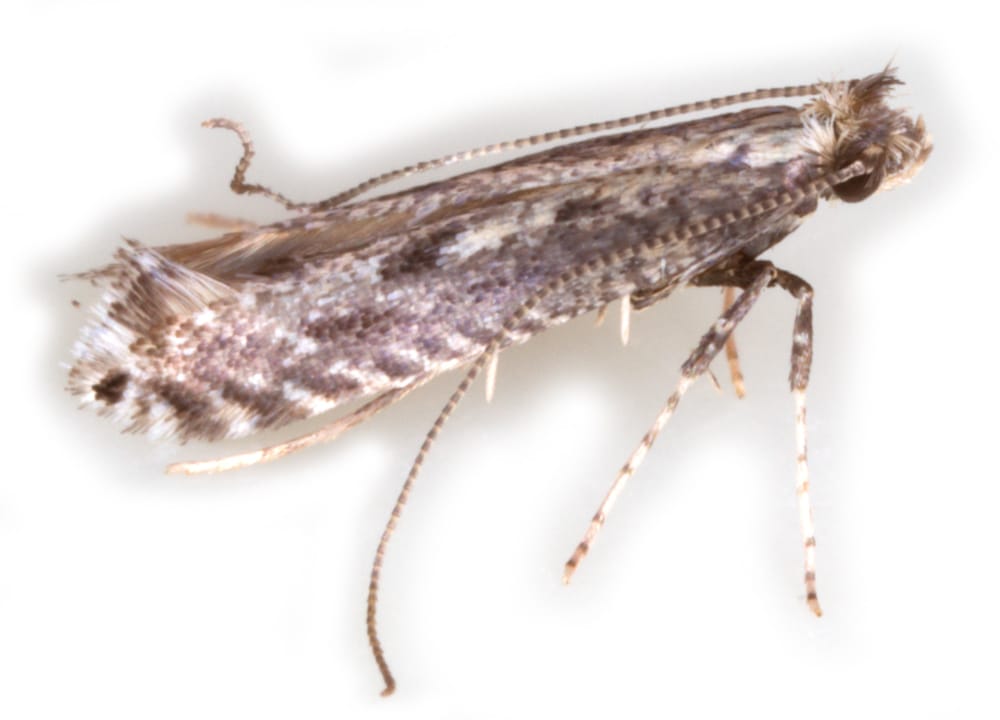 Parornix finitimella §1 male
ID: Male genitalia - juxta lobes very long and tapering; saccus about about as long as wide; valva with a small projection at the junction of the ventral and lateral margins. The drawing in MBGBI2 shows a sclerotised portion of vesica shorter than the aedeagal sheath; none of the 3 specimens shown at Moth Dissection show any vesica beyond the aedeal sheath.
§1 shows long tapering juxta lobes and the saccus about as long as wide, but it does not show any clear projection of the valva. The aedeagus has a distinct apical kink (which is not shown in any of the references for this species), the vesica beyond the aedeagal sheath is longer than the aedeagal sheath and shows two short widely separated sclerotised sections. Another feature which may be important is a swelling at the base of the valva with an abrupt narrowing proximally and a less marked narrowing distally - this feature is shown in the drawing in MBGBI2 and in all the specimens at Moth Dissection and is not shown to the same degree in any other Parornix species. Overall P.finitimella seems the best fit for §1 but some dout remains. 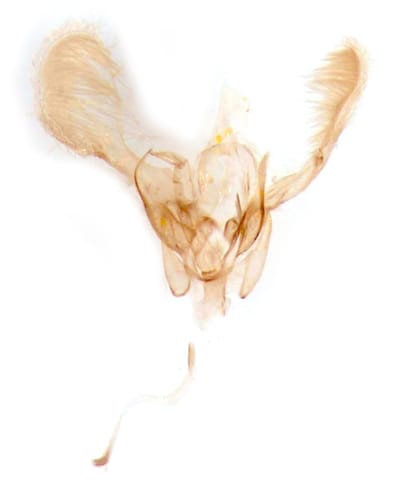 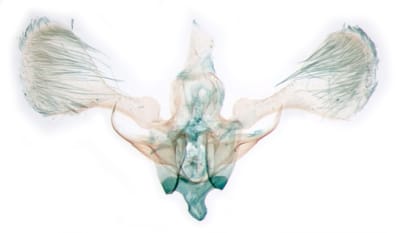