ws: 14-17mm; Sep-May; wild carot (Daucus carota); NS-A local on downland and coastal cliffs of England and Wales from Cheshire to Kent and Yorkshire to Northumberland 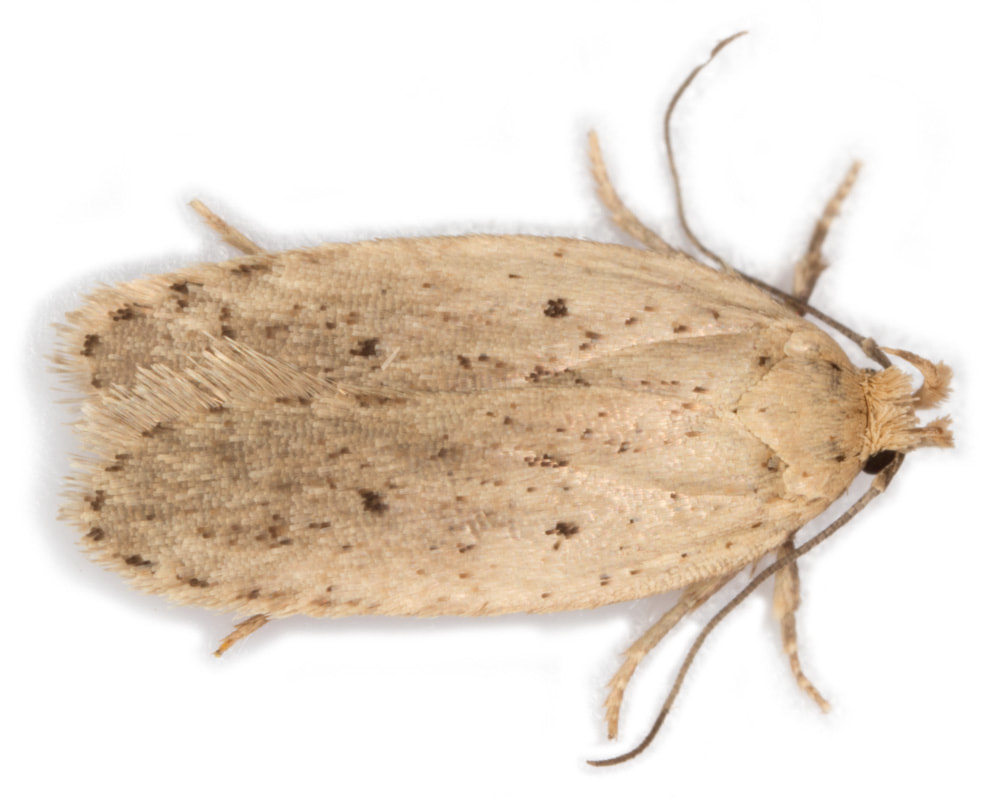 Agonopterix rotundella §1 female
ID: Forewing not purplish, without any white dots in disc; upper aspect of foretibia and foretarsus not uniformly blackish; Labial palp S3 with dark markings(!); Forewing wing terminal cilia not pinkish, no fuscous blotch in disc, veins not dark-lined; ws < 20mm; Forewing without fuscous basal line and with blackish terminal dots > A.rotundella.
Similar to A.kuznetzovi (which is confined to Cornwall) - this is separated in the key by it having unmarked S3 of the labial palps. The fuscous mark on S3 of §1 is quite unconvincing. Although this feature is used in the key, the text description in MBGBI6.1 states: "labial palpus buff, sometimes slightly tinged brown or greyish-fuscous underneath and laterally". Genital dissection confirmed the ID.
Female genitalia: A.rotundella and A.kuznetzovi are both illustrated in MBGBI4.1 (figs 30c and 27e), neither is shown at Moth Dissection. Illustrated differences, features for A.rotundella given first, are: 1) ductus bursae long and slender throughout with little transition to delimit the bursa copulatrix vs gradually expanding with a slightly greater expansion marking the bursa; 2) signum only slightly wider than long vs 3x wider than long; 3) centre of posterior margin of S8 notched vs humped - All of these features support ID of §1 as A.rotundella 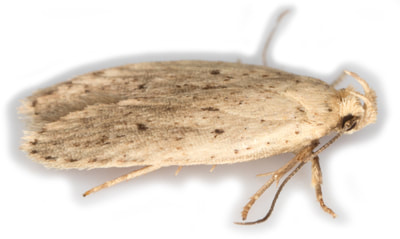 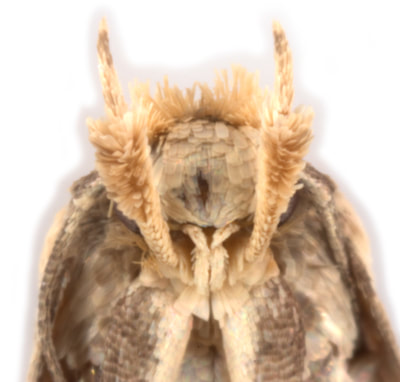 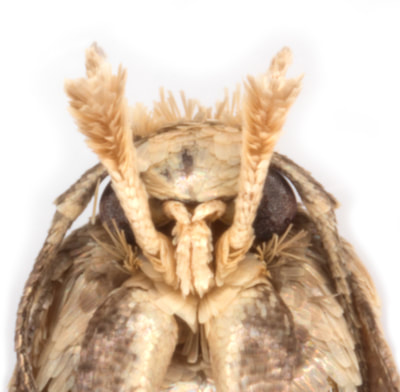 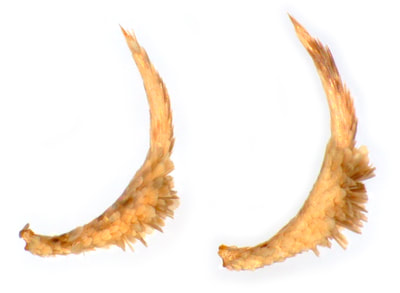 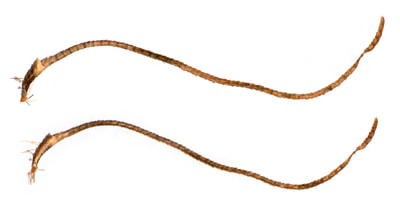 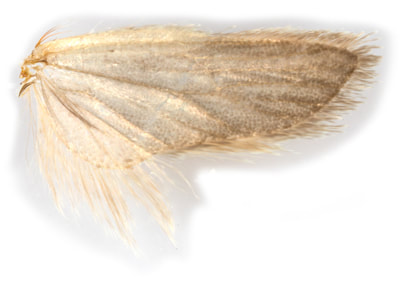 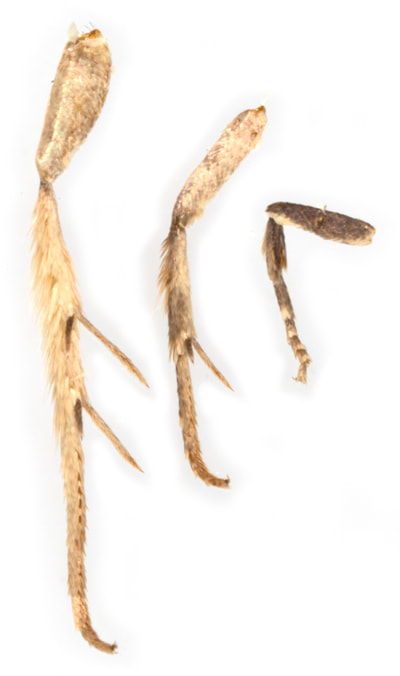 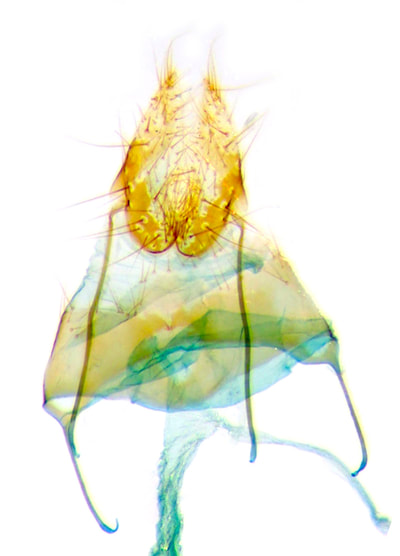 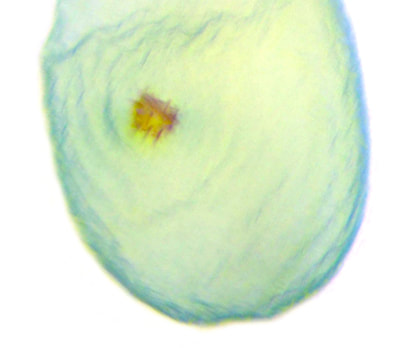 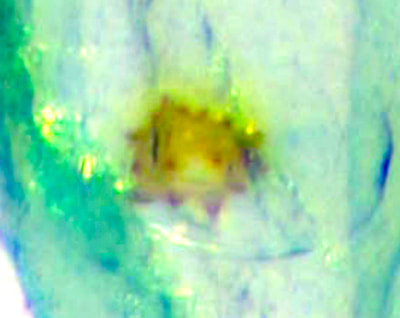