ws: 12-18mm; May-Aug; eared/grey willow (Salix aurita/cinerea); local in fens, marshes, damp heaths and mosses throughout GB
Synonyms: In BTM considered conspecific with A.diminutana and A.subarcuana; however Pierce & Metcalfe describe all 3 species under the names Ancylis biarcuana, A.inornatana and A.diminutana. I believe it is A.biarcuana that is synonymous with A.geminana

Ancylis geminana §1
ID: Similar to A.uncella but lacks the strong pre-tornal marking shown by that species (as an extension of the median fascia towards the tornus).
The three species A.geminana/diminutana/subarcuana are very similar and were formerly considered conspecific (BTM). They are all the same size and all fly May-Aug. A.geminana can be distinguished by a strongly contrasting pale dorsal streak with a sinuate (rather than straight) apical portion of its costal margin. See table below.
Male genitalia: Images are shown at Moth Dissection for all three species and drawings are available in MBGBI5.2 and in Pierce and Metcalfe.  According to Pierce & Metcalfe there are differences in the shape of the apex of the sacculus with that of A.geminana having an obtuse apex, A.diminutana having an acute apex and A.subarcuana having a 90 degree apex. An image of A.subarcuana at Moth Dissection provides a pointer to the relevant portion of the genitalia.
The sacculo-valvar complex of Ancylis species is fused (as for most Tortricidae) such that it would be impossible to say with certainty what is being referred to as the "apex" of the sacculus. The ventral margin of the sacculo-valvar complex has a somewhat produced basal angulation a bulge at the mid-point, a deep emargination between these two and a tapered apex distal to the mid-point bulge. The "distinctive" feature arrowed in the Moth Dissection image of A.subarcuana suggests that the mid-point bulge is more acute, the basal emargination deeper and the ventral margin between the mid-point and apex less straight when compared with A.geminana. Unfortunately these differences are not entirely consistent with the drawings in MBGBI5.2 in which the mid-point bulge is drawn more acute in A.geminana.
Female genitalia: Images are available at Moth Dissection for A.geminana and A.diminutana but not A.subarcuana. All three are illustrated in MBGBI5.2 (unhelpfully not all on the same page) and in Pierce and Metcalfe. No differences between the species are described by Pierce & Metcalfe. An arrow on the Moth Dissection image of A.diminutana implies a difference in a sclerotisation at the ostium, this having more angular margins in A.geminana.
<
> 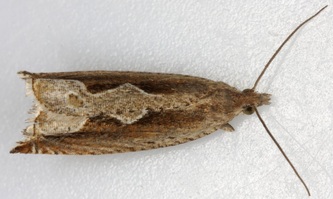 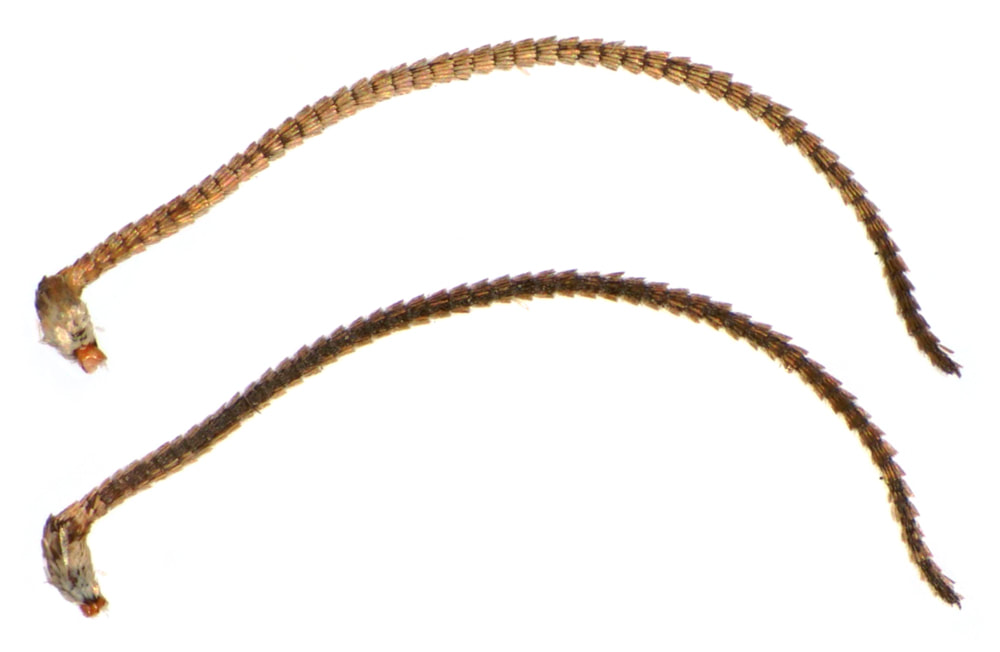 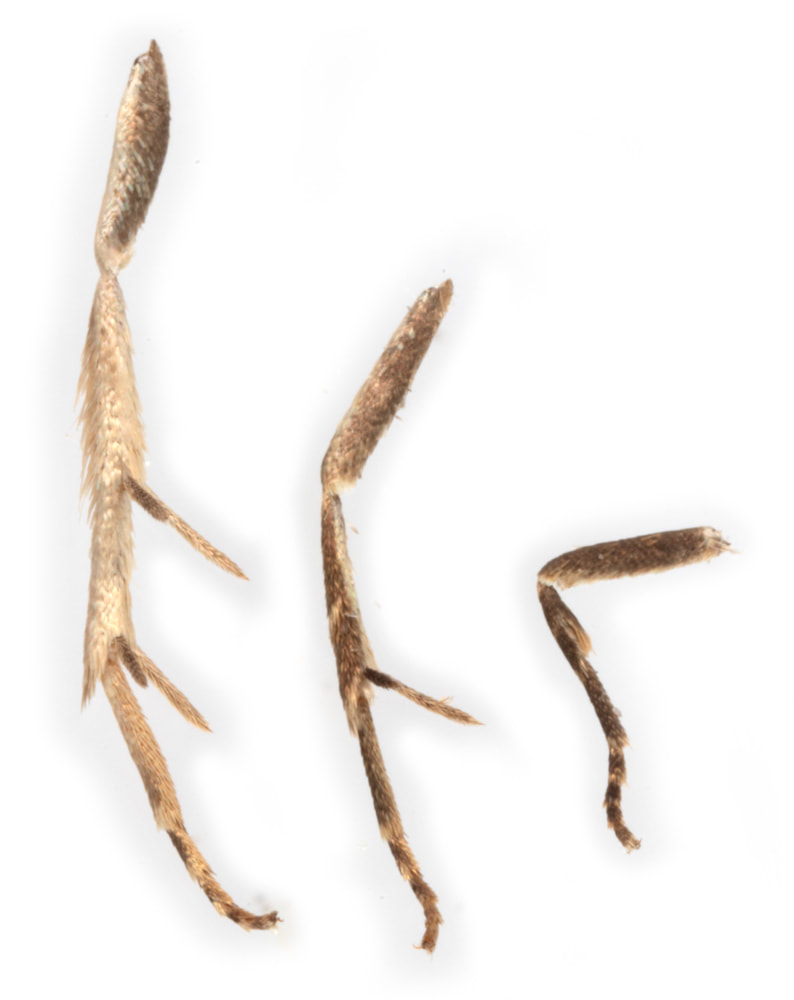 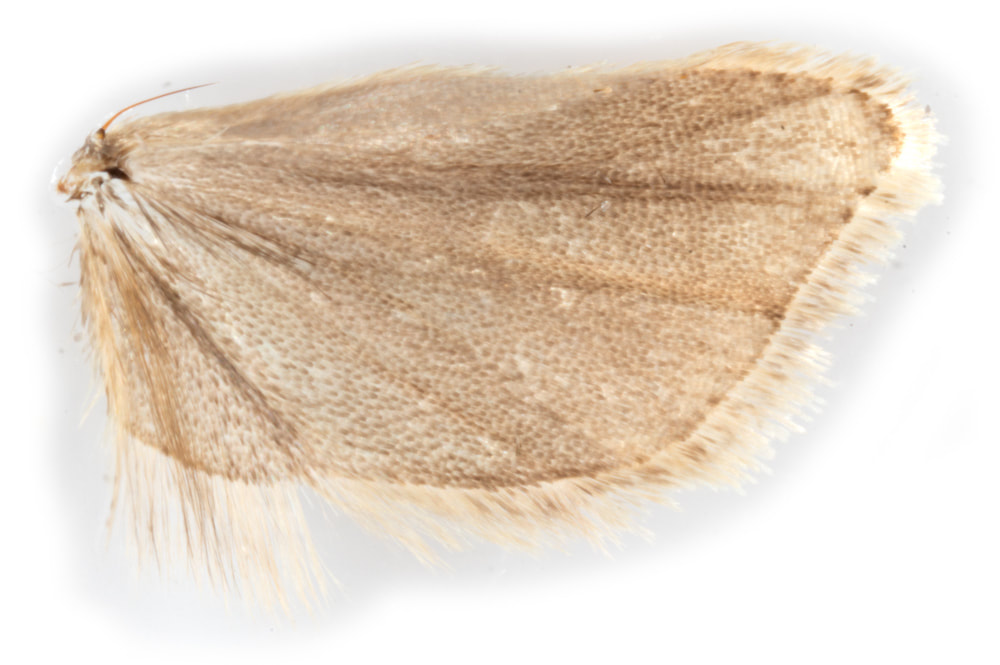 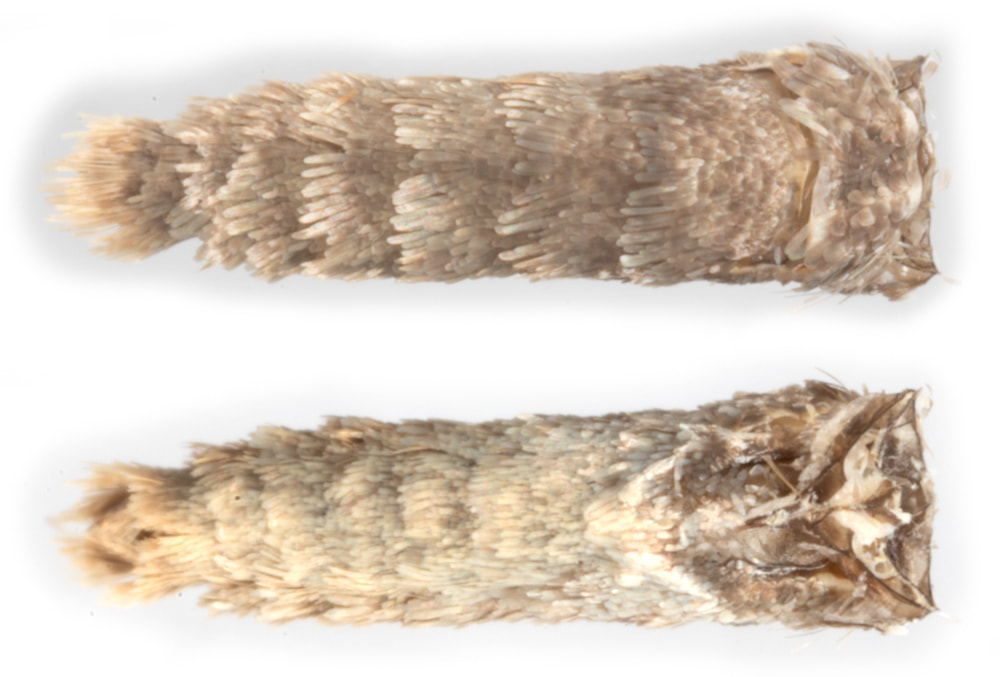 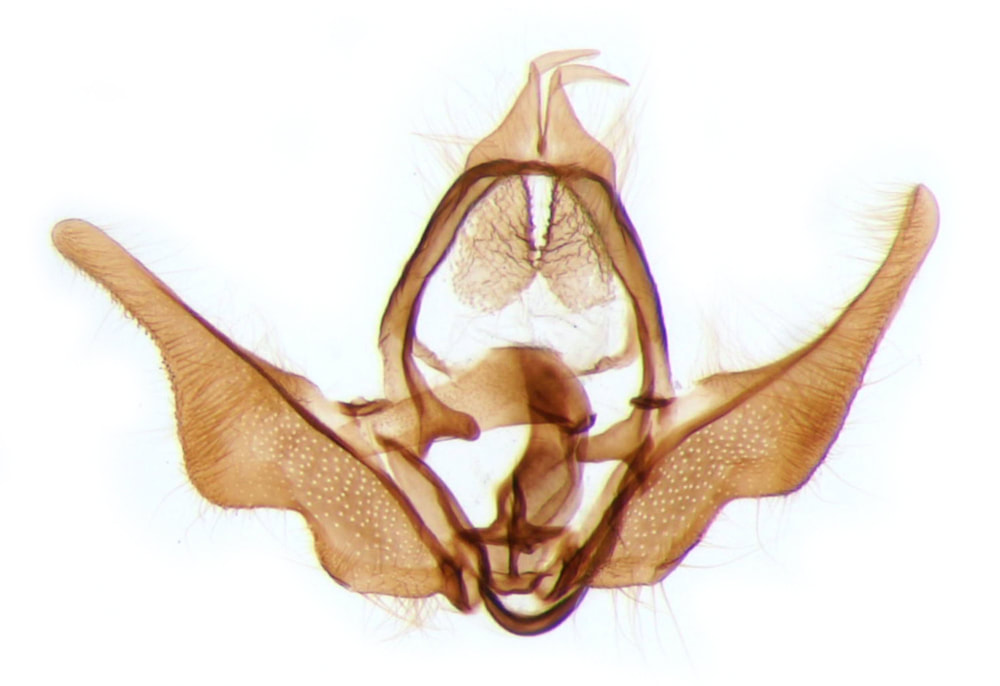 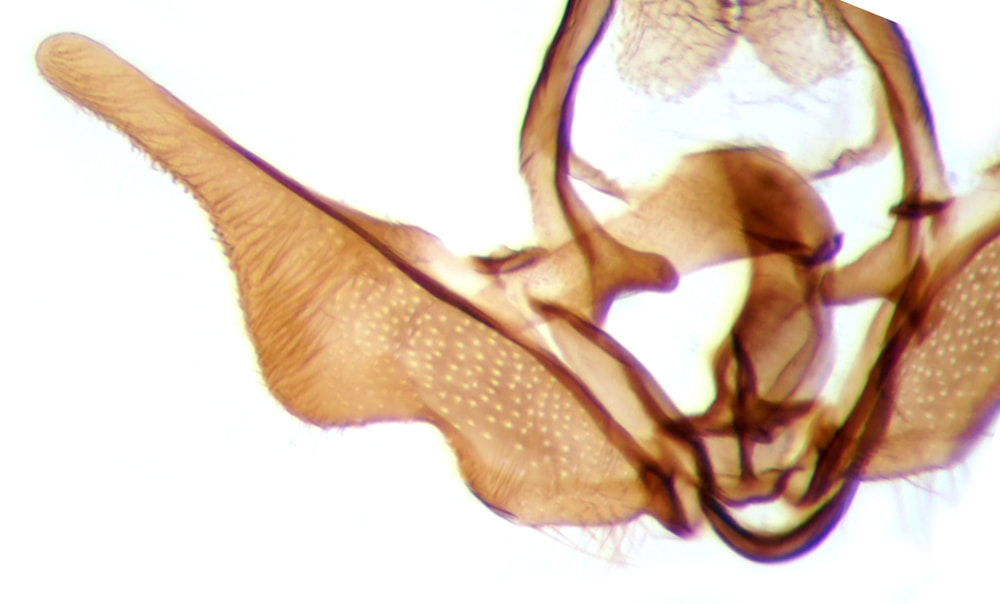 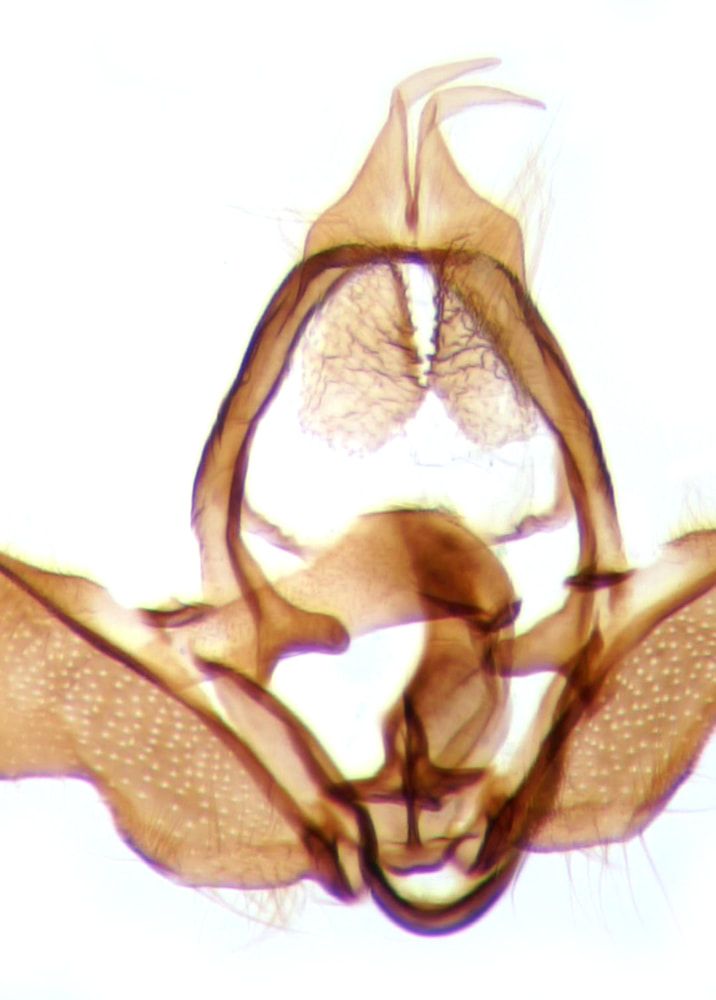