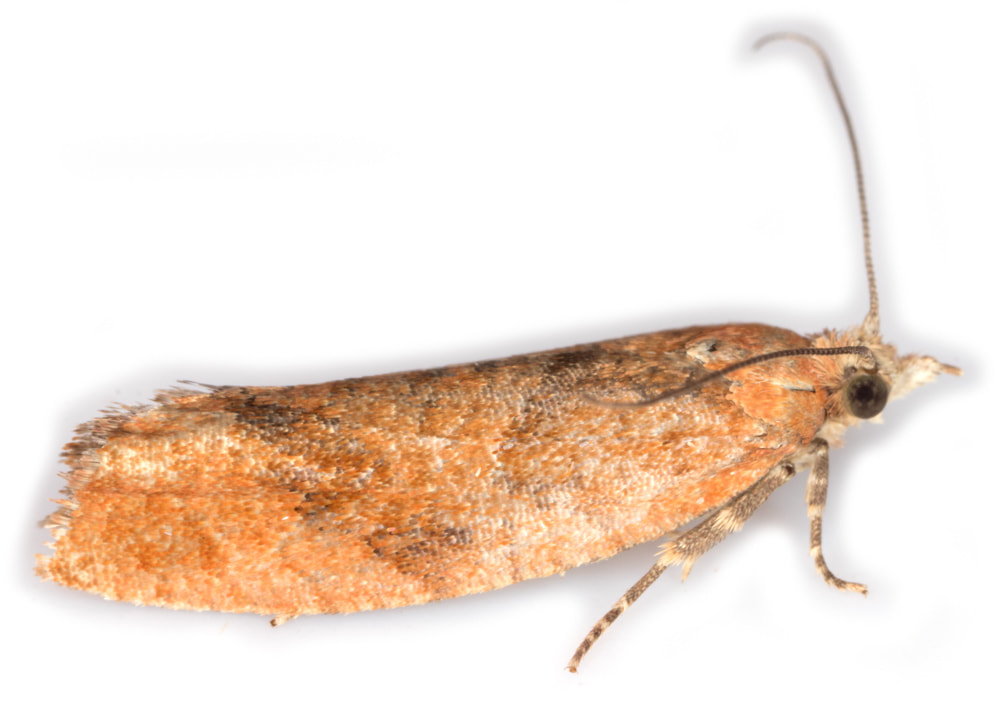 Epinotia solandriana §1 female
ID: Very variable. The nominate form has a distinctive elongate-semiovate dorsal blotch; the various forms with fasciate markings, however, are similar to E.maculana, E.sordidana, E.caprana and E.brunnichana and require genital dissection for confident identification.
In separating fasciate forms of E.solandriana from similar forms of E.brunnichana, both MBGBI5.2 and BTM mention that the the dorsal blotch is triangular in E.solandriana and subquadrate or trapezoid in E.brunnichana - but I have not (yet) found this distinction easy to determine.

The following features are mentioned as useful in MBGBI5.2:
E.maculana: small brown triangular mark on dorsum at ¼
E.sordidana: drab, lacking a definite pattern
E.caprana: hindwing pale creamy brown with pale creamy brown basal ciliary line and darker "outer" cilia
E.solandriana: dorsal blotch triangular with proximal margin at 45-55° to base and apex sharp
E.brunnichana: dorsal blotch trapezoid with proximal margin at 56-65° to base and apex flattened
In the (appallingly poor) plates in MBGBI5.2 (Plate 33 for all except E.solandriana which is helpfully! placed on Plate 34), the outer dark ciliary line can only be seen in one of the 3 E.caprana images - the absence of a dark basal ciliary line may be the more helpful feature.
E.solandriana and E.brunnichana are both very variable and the margins of the dorsal blotch may be poorly defined making judgements on the distinction between 'triangular' and 'trapezoid' imprecise. It is also not entirely clear from the description in MBGBI5.2 which end is the "apex" of the dorsal blotch, but I think it is the distal end. And I am not at sure how one measures the angle the proximal margin makes with the wing base - surely the angle with the dorsum would be easier to judge - in which case there is no difference between §1 (62° and my 3 forewing preparations of E.brunnichana (§1,3&5 - 60, 65 & 70°)

Female genitalia: Illustrated in MBGBI5.2 (fig 253) and shown at Moth Dissection, the latter with some description of the distinction with E.brunnichana. Features for E.solandriana given first: 1) Sterigma flat-topped vs notched; 2) Signa in anterior half (cranial, bottom in usual presentation) of bursa copulatrix and orientated more-or-less transversely vs one signum in posterior half, one in anterior half and both orientated at 45°.
Dissection 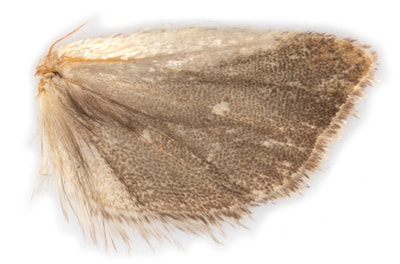 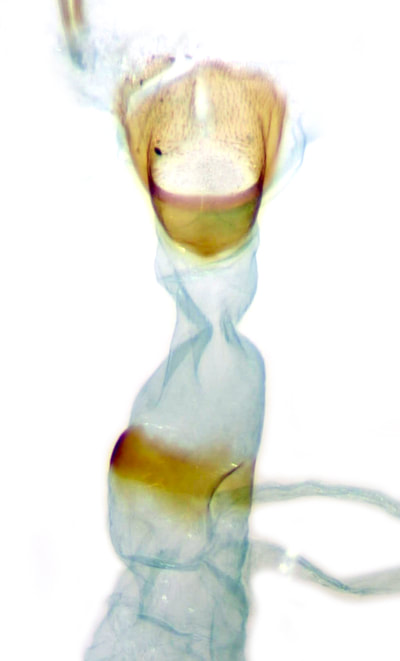 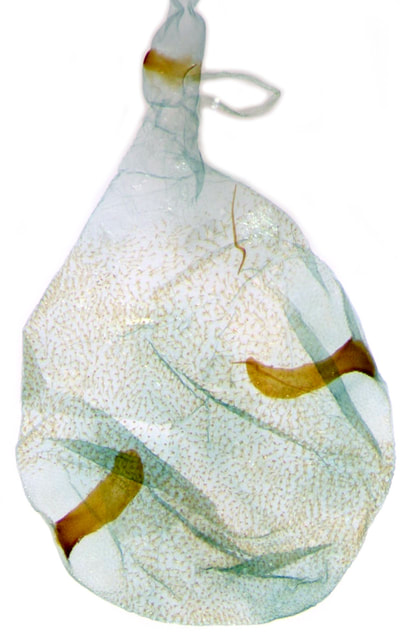