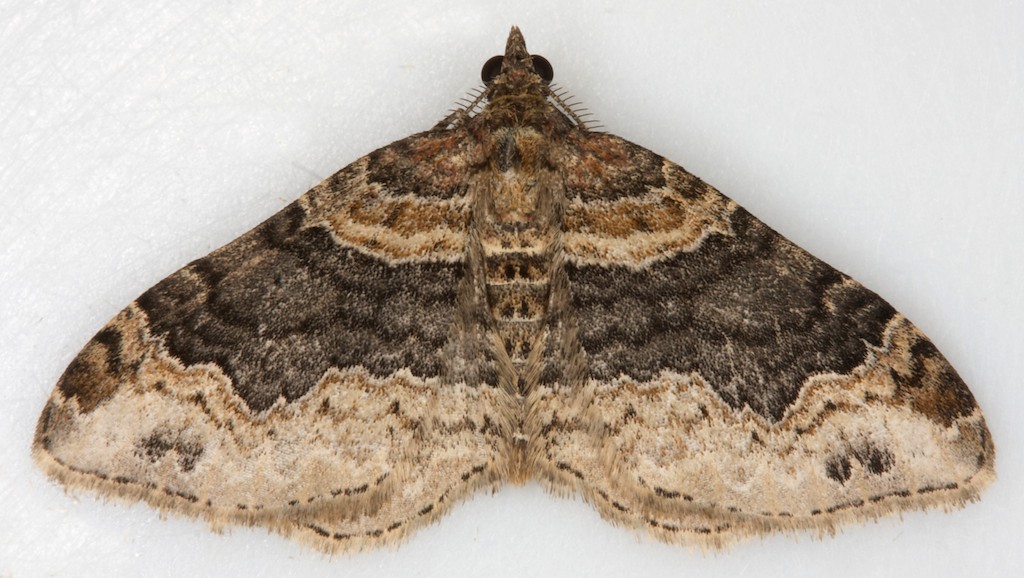 Xanthorhoe ferrugata (Dark-barred Twin-spot Carpet) f.unidentaria §3 male
ID: This species and X.spadicearia (Red Twin-spot Carpet) can be very similar. According to Waring 1st Ed. the crucial distinguishing feature is a notch in the proximal margin of the dark central band close to the costa; however it seems that this is unreliable (Ref: Difficult species guide); and Waring acknowledges this in 3rd Ed. X.ferrugata is dimorphic. The nominate red-banded form is less common than the black-banded form unidentaria. Specimens with a black band lacking any red-purple colour can safely be identified as X.ferrugata f.unidentaria. The difficult species guide referred to above states that 'well-marked X.spadicearia are quite distinctive', referencing Townsend 2010, however it does not provide us with any of the features that are supposed to be distinctive. It seems that X.spadicearia can have quite a lot of blackish in its median band. Waring 3rd Ed gives the following features for distinguishing the two species - features for X.spadicearia are given first: 1) brighter markings vs duller; 2) Median fascia more distinctly edged white vs less distinctly edged white; 3) Pale band immediately distal to the pale postmedian line is broader and contrasts more with the ground colour of the subterminal fascia vs narrower and little contrast; 4) Forewing underside orange-brown near apex vs grey. 4) seems untrue in that X.ferrugata can show some orange-brown on the forewing underside and 1)-3) are largely comparative, though the colour contrast in 3) may provide an absolute distinction if it can be determined with confidence. Some specimens will require still genital dissection for confident assignment to species. X.quadrifasciata (Large Twin-spot Carpet) is larger (fw 14-16mm) and has a more prominent elongate dark central forewing spot.
Form unidentaria 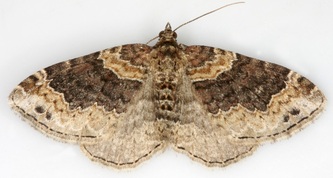 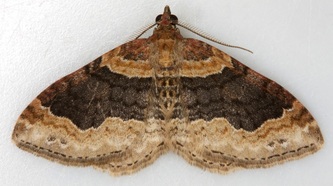 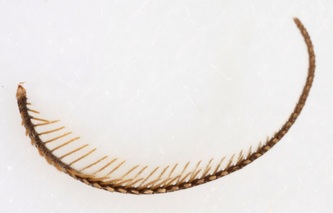 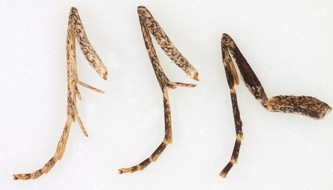 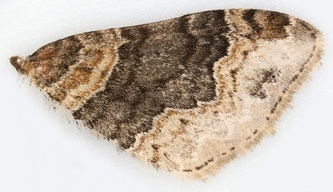 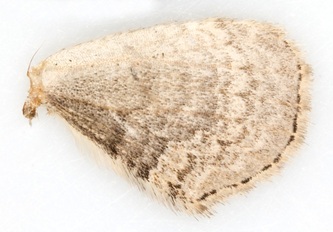 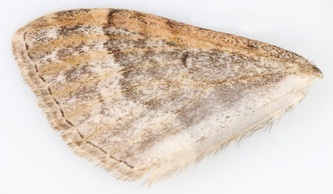 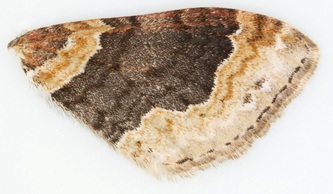 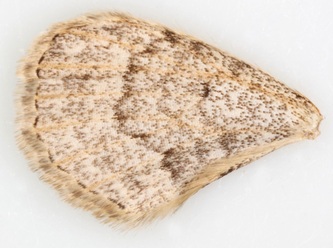 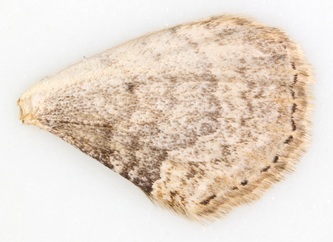 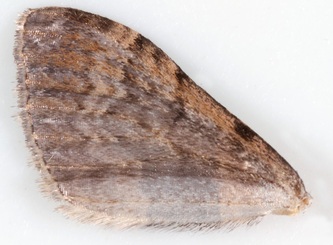 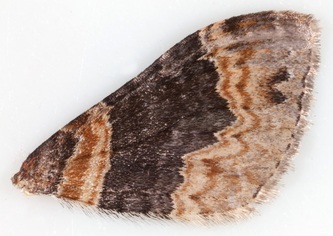 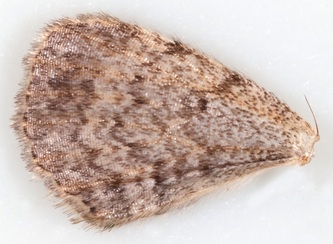 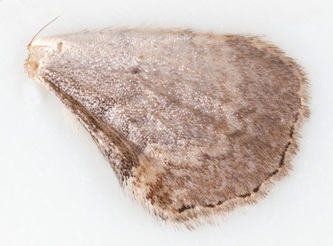 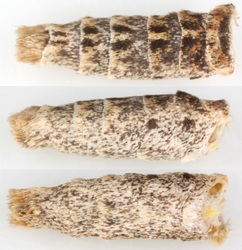 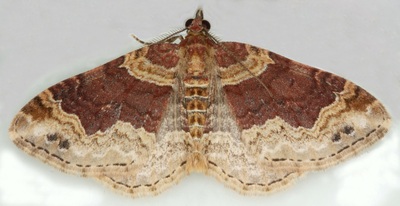 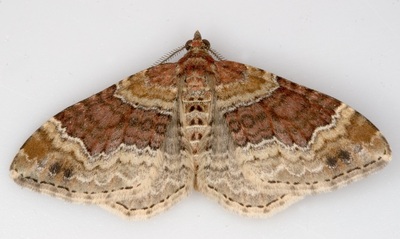 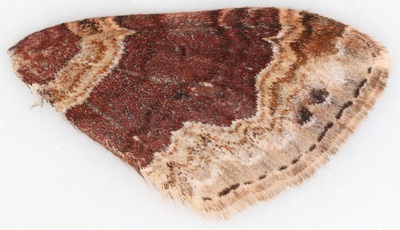 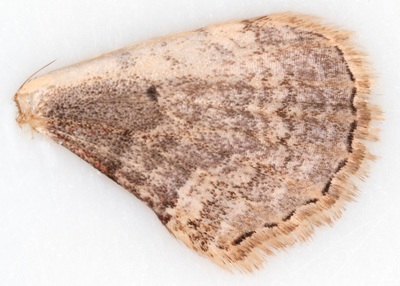 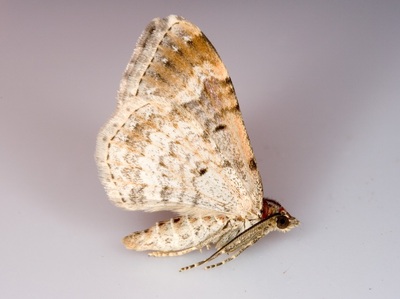 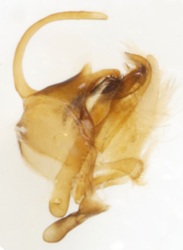 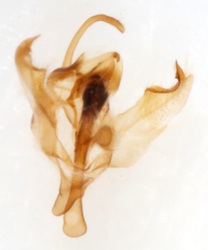 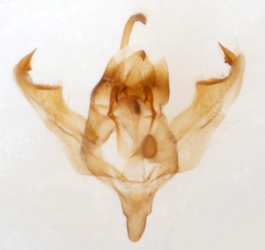 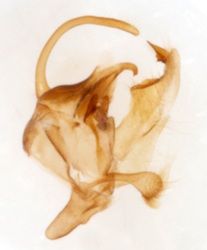 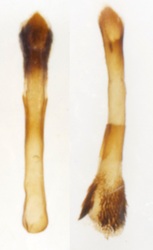 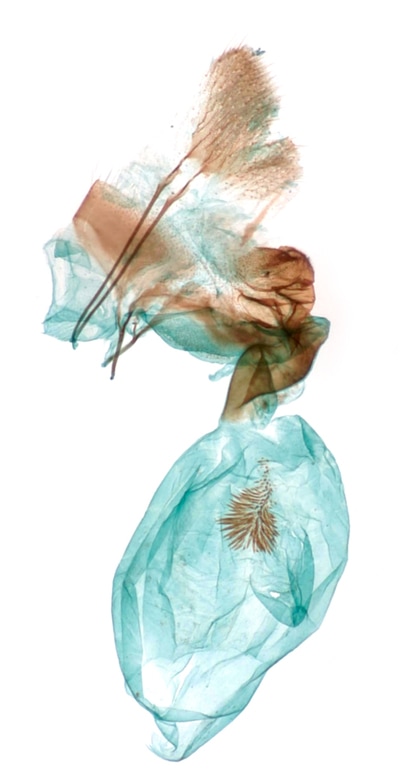 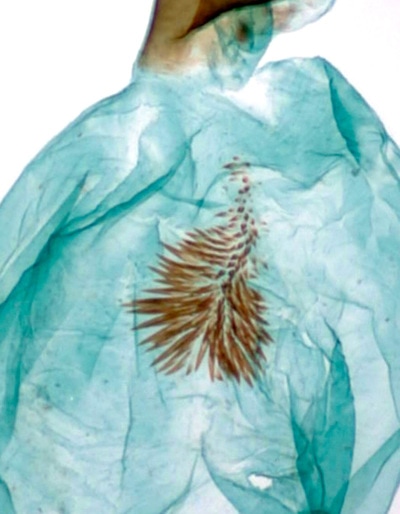