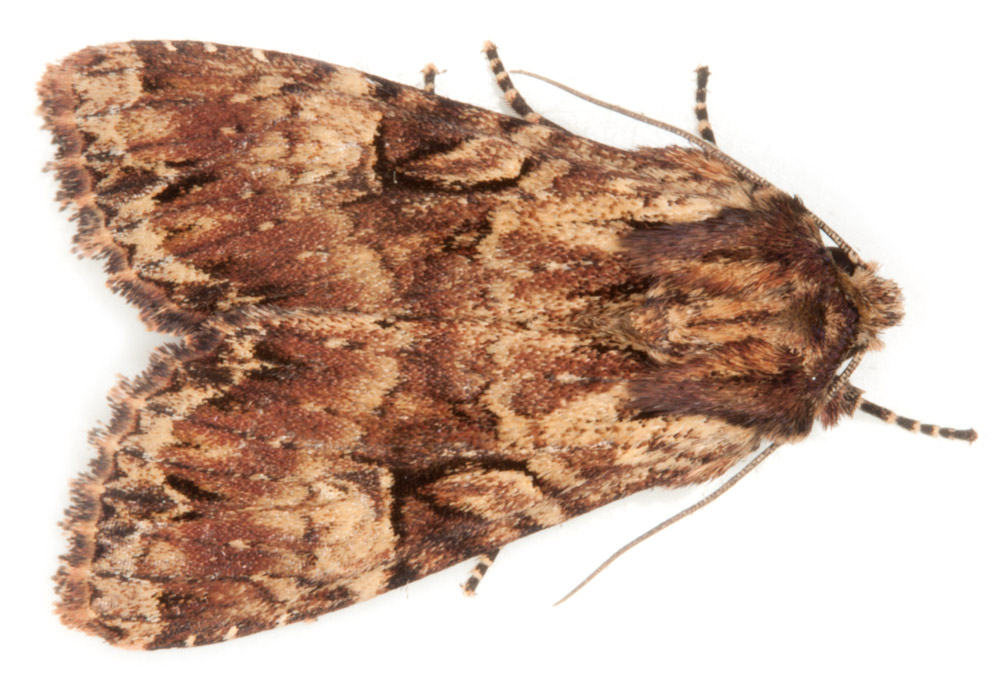 Apamea epomidion (Clouded Brindle) §1 female
ID: Forewing ground colour varies from pale yellowish-brown to reddish and has a variable amount of dark brown or reddish-brown brindling; two short blackish basal streaks, one central, one dorsal, of approximately equal length and strength; wavy pale antemedian line; oval pale with a blackish outline which is incomplete on its costal border; kidney pale with an incomplete blackish outline forming an 'L' along its proximal and dorsal borders; the blackish outlines of the two stigmata connected by a short blackish bar; sinuate pale postmedian line; irregular pale subterminal line with a central ‘V’ with its apex pointing proximally and a short black streak on either side of it, a similar mark at the tornus (more a short pale streak than a 'V'). According to MBGBI10 antenna setose in male, finely ciliate in female - but the female appears to be shortly bisetose as well as finely ciliate. Similar to A.crenata (Clouded-bordered Brindle) in which the black streaks associated with the subterminal line are more strongly developed, and at the forewing base the dorsal streak is noticeably longer and better developed than the central streak.
MBGBI10 mentions 2 forms of A.epomidion (form epomidion and form lipara) but as far as I can make out these are instances within a range of variation rather than distinct forms
<
> 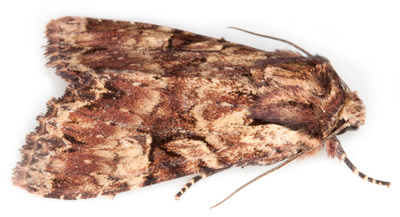 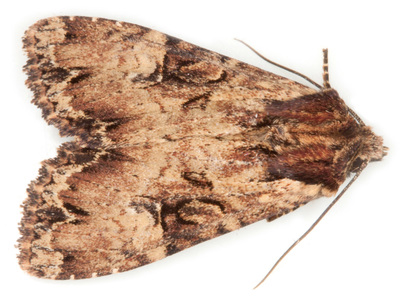 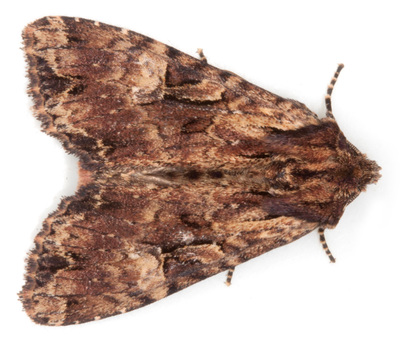 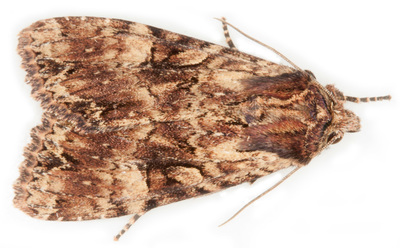 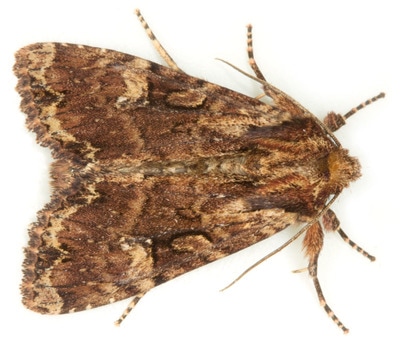 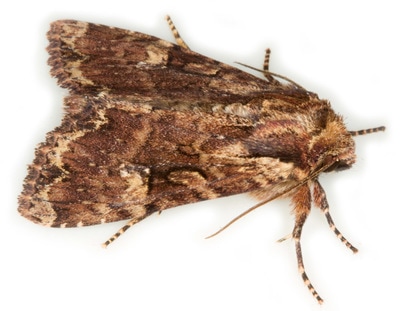 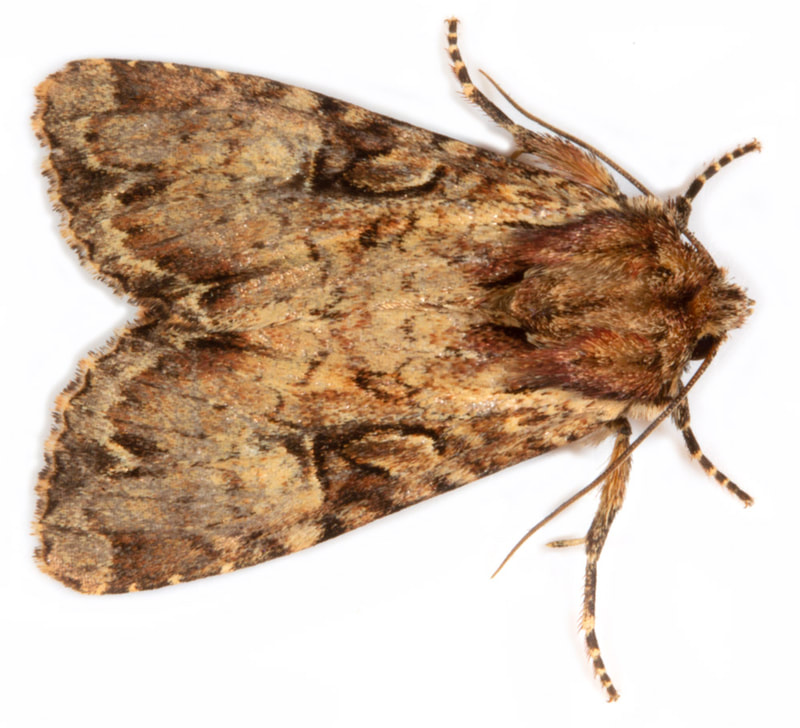 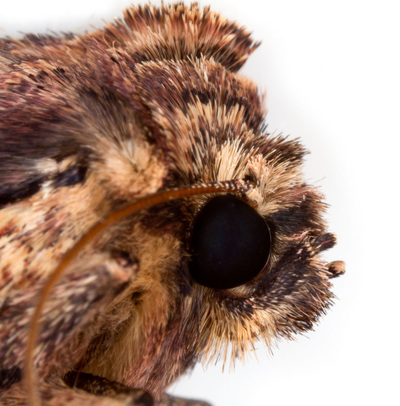 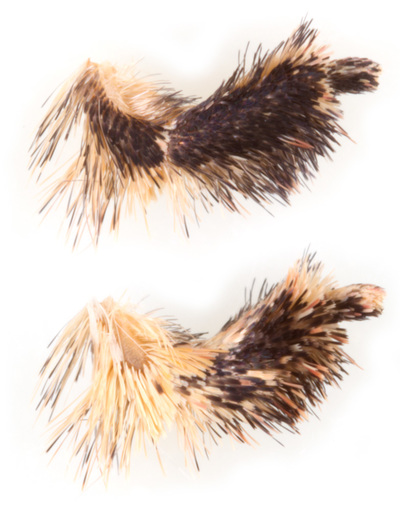 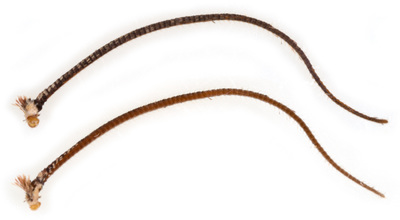 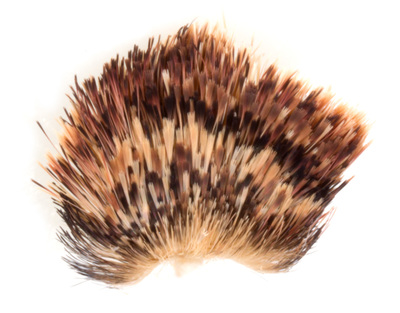 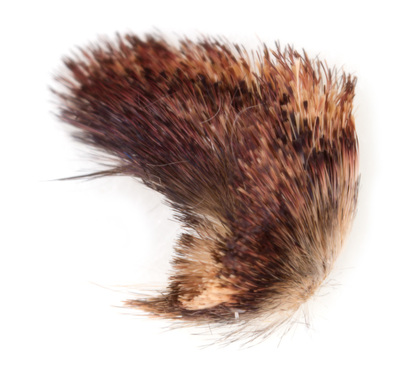 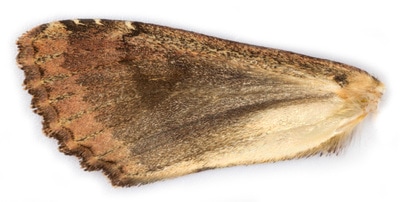 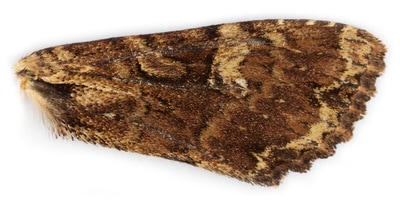 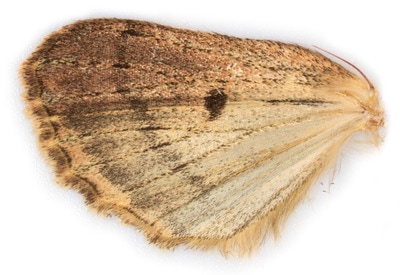 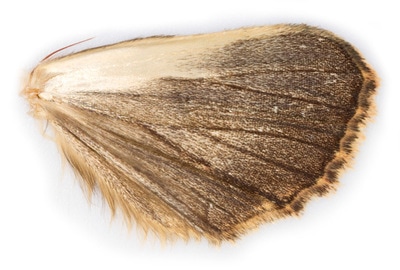 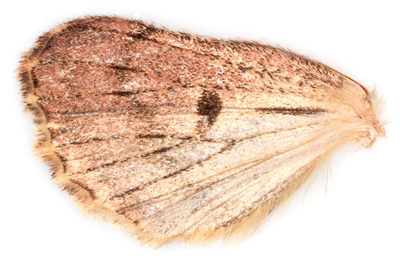 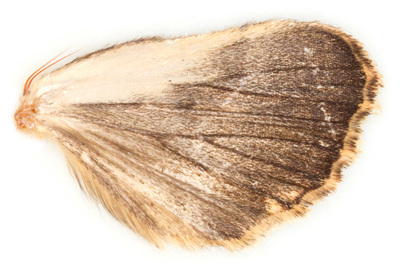 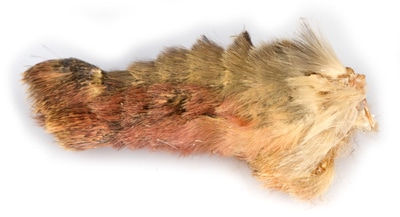 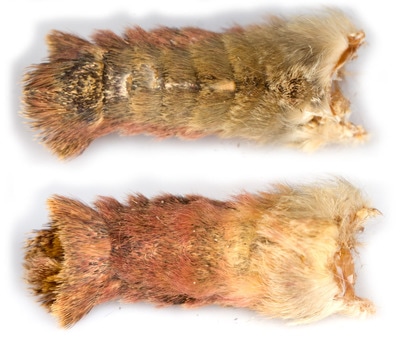 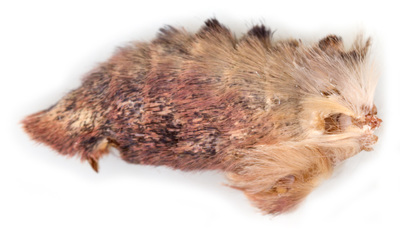 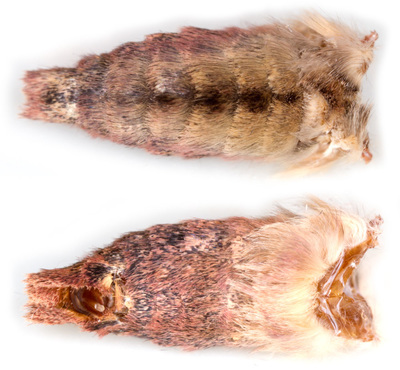 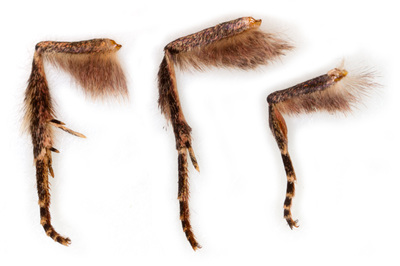 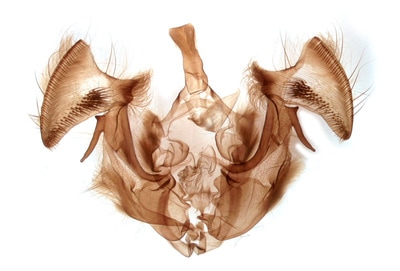 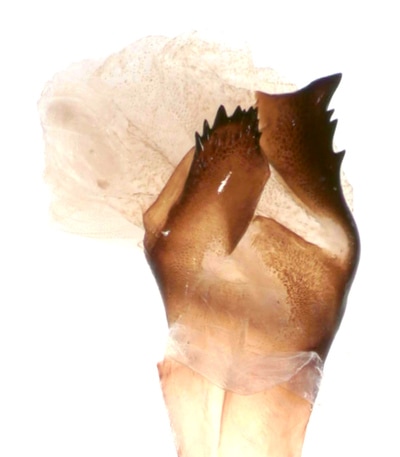 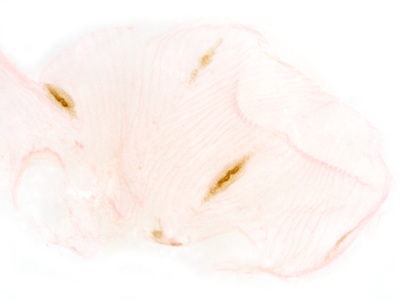 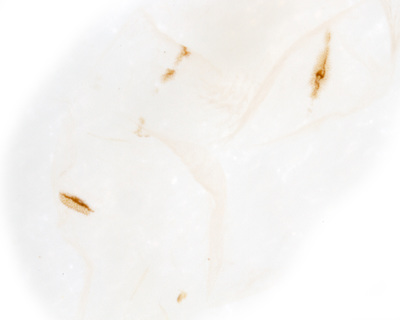