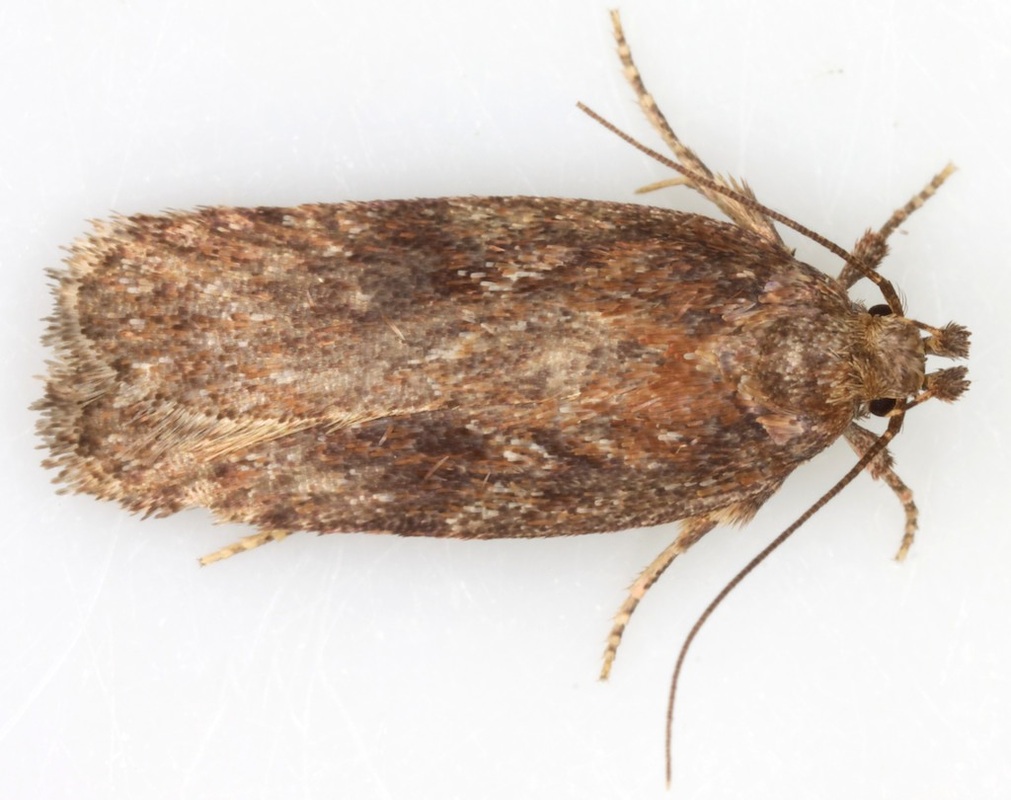 Depressaria sordidatella §1 female
ID: From key in MBGBI4.1 - Fw costal 2/5 not contrastingly reddish >
A. with round white dot in disc at 2/3 (may be small and obscure); head and thorax not paler than fw; femora with undersides dark fuscous > D.sordidatella
B. without round white dot in disc at 2/3; labial palp S3 with 1 dark band; fw without whitish suffusion along costa > D.sordidatella
D.douglasella and D.pulcherrimella are similar but have paler head, thorax and tegulae.
Female genitalia are also similar in D.sordidatella/douglasella/pulcherrimella: all three have the OB opening in the centre of S8 and partial sclerotisation of the proximal DB. From the drawings in MBGBI4.1 this sclerotisation is much less marked in D.pulcherrimella and in D.douglasella the whole DB is lightly spiculate, a feature largely lacking in D.sordidatella. The drawings also show a bend in the DB as it approaches the CB in D.pulcherrimella and D.sordidatella but not in D.douglasella; however the only one of these three shown at dissection group is D.douglasella and this appears to show a similar bend in the dissection group image. There may be a difference in the form of the papilles anales with D.douglasella having rounder fuller papilles than shown by the other two species. The main difference however is in the shape of the signum. In each case the signum is a plate with thorns covering the surface and edges, except for the median portion roughly in the anterior-posterior plane in which the thorns are lacking (or very much smaller). In D.pulcherimella the plate is fairly flat and quadrangular, the anterior and posterior points of the quadrangle being lightly sclerotised and lacking thorns. In D.douglasella the anterior and posterior 'points' are incurved to form a rolled anterior and posterior edge to the signum. In D.sordidatella the anterior point is missing so that the signum is more triangular. Genital examination based on this interpretation of the features drawn confirms the identity of specimen §1 as D.sordidatella; note however that it is smaller than the quoted size range. 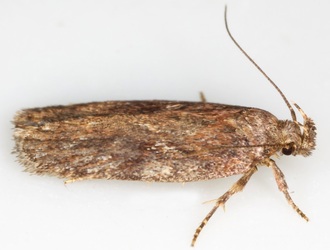 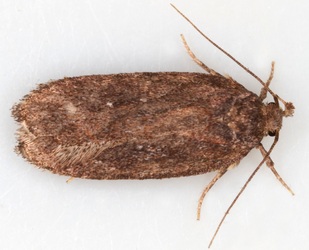 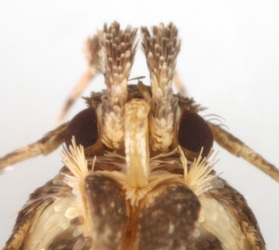 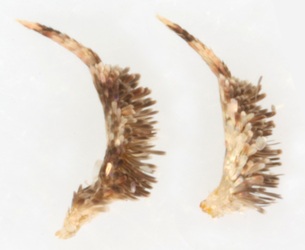 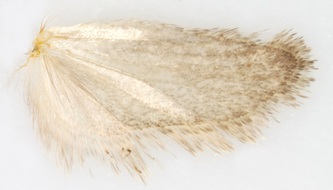 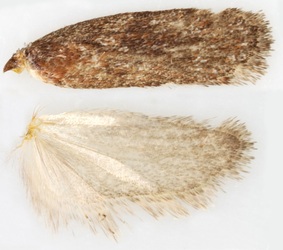 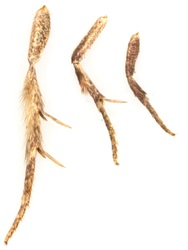 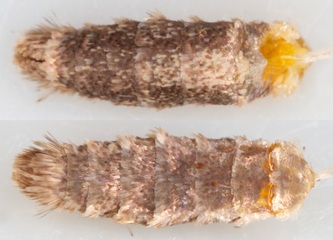 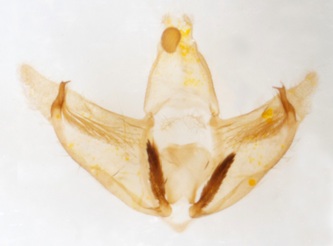 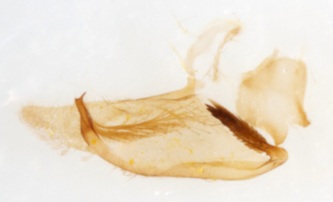 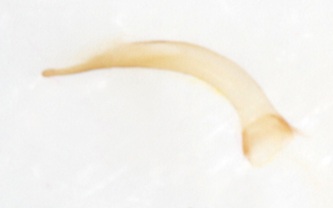 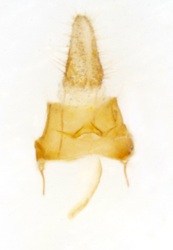 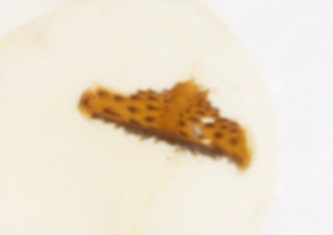