Agonopterix alstromeriana §1
ID from key in MBGBI4.1: forewing not dark purplish or crimson brown; fw with at least one white dot in disc, without dark line from discal dot to tornus, terminal cilia not patterned pinkish in apical half buff in tornal half, with discrete red mark in disc; head thorax and ground colour of fw white > A.alstromeriana
Only A.alstromeriana and A.ocellana have a discrete red fw mark. (A.nervosa has an indistinct red line at 1/2). The shape of this mark is quite different between these two species. In A.ocellana there is a linear red mark proximally, adjacent (dorsally) to a black discal blotch and extending proximally to an oblique pair of black dots at 1/3 which are often fused; and a circular ring distally enclosing the whitish discal dot. In A.alstromeriana there is an elongate red blotch adjacent (dorsally) to the (larger) black discal blotch, enclosing the white discal dot, separated from an oblique pair of discrete black dots at 1/3 by a patch of white. In the specimens I have examined the fuscous basal line is much stronger in A.ocellana than in A.alstromeriana. Although the key uses a difference in ground colour of head, thorax and forewing - buff in A.ocellana, white in A.alstromeriana - the most striking thing about this colour difference is that in A.ocellana the head, thorax and base of forewing are the same colour as the ground colour of the rest of the forewing whilst in A.alstromeriana these areas are white and contrast quite strongly with a buff suffusion of the rest of the forewing. 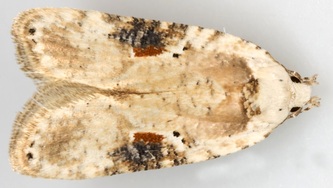 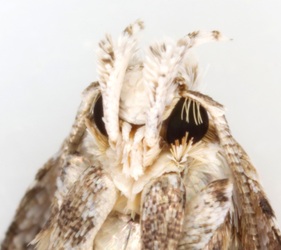 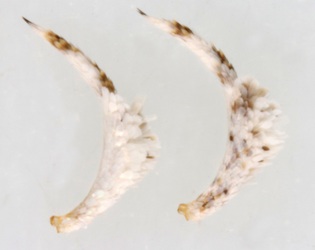 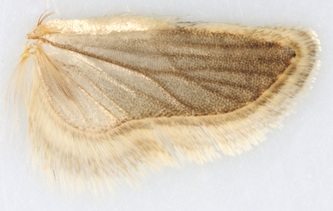 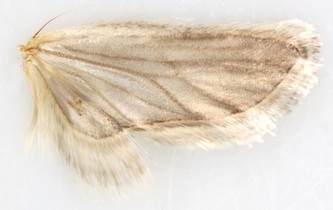 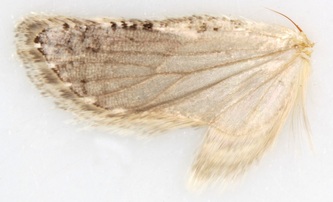 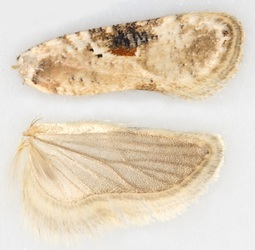 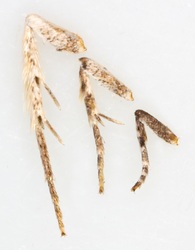 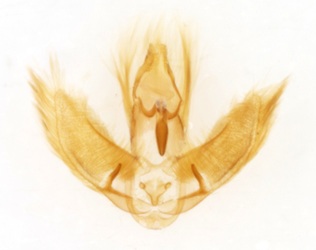 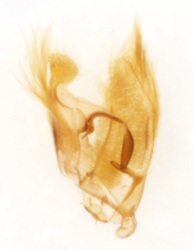 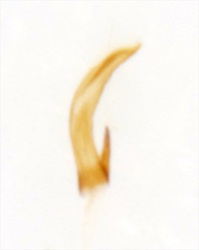 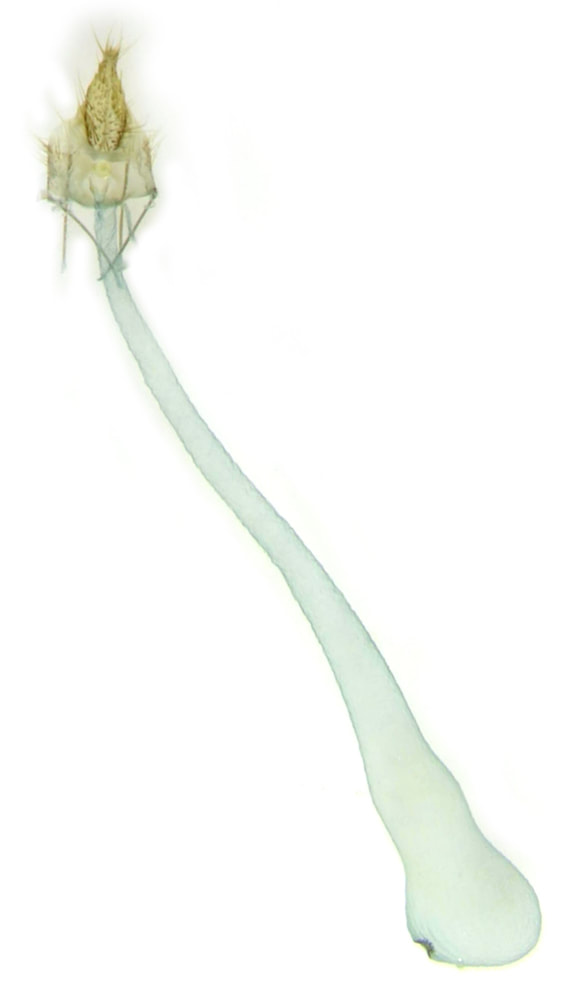 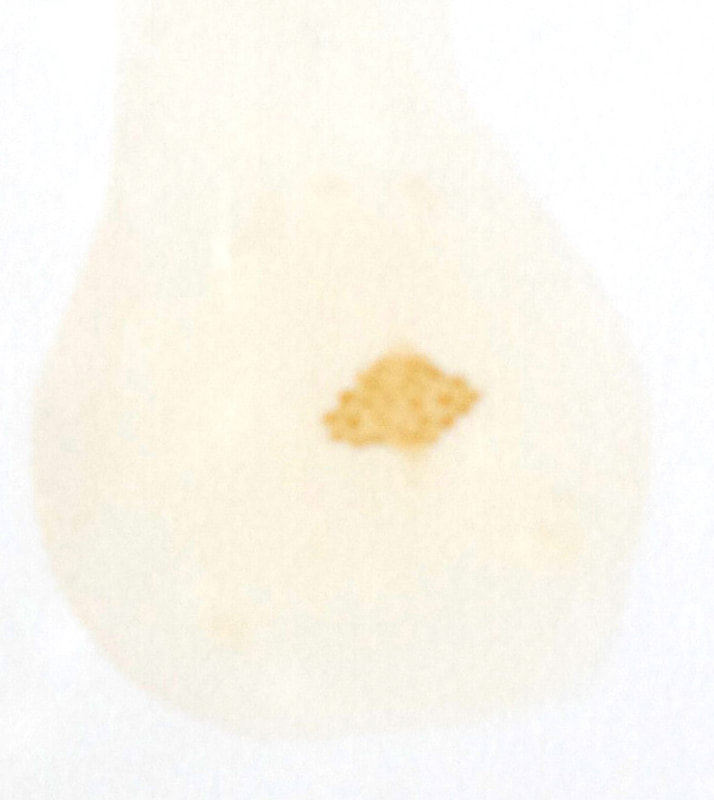 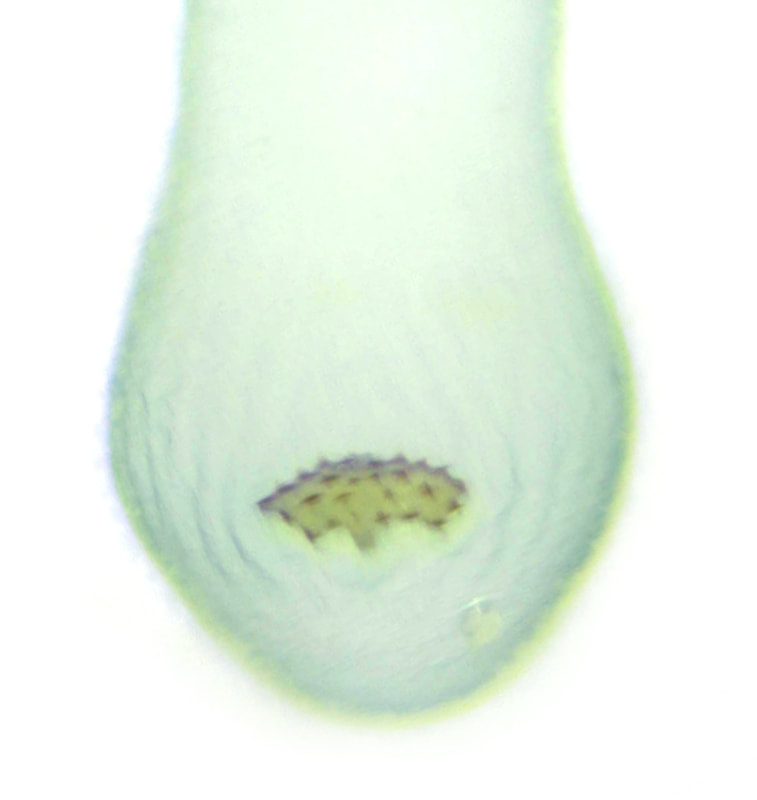 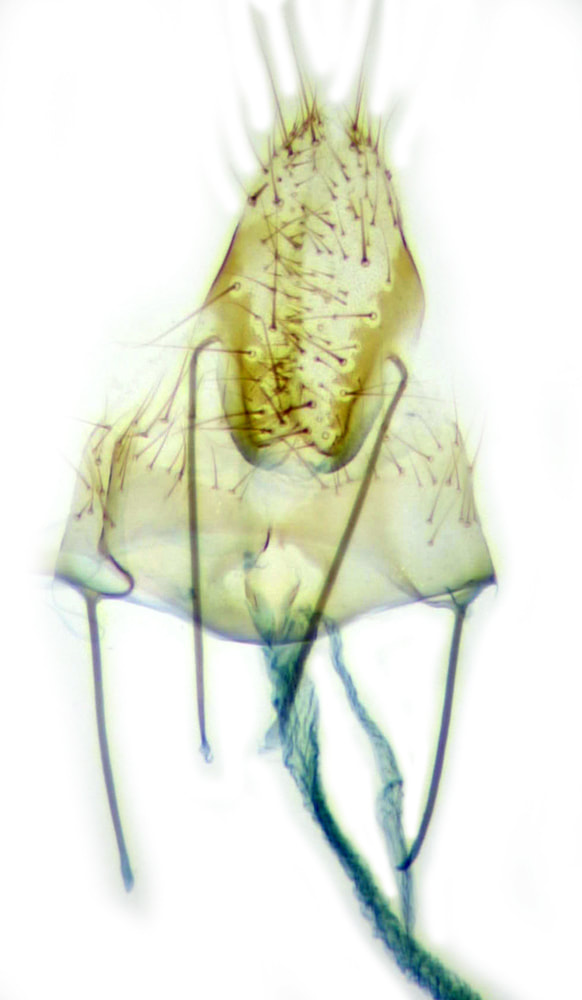