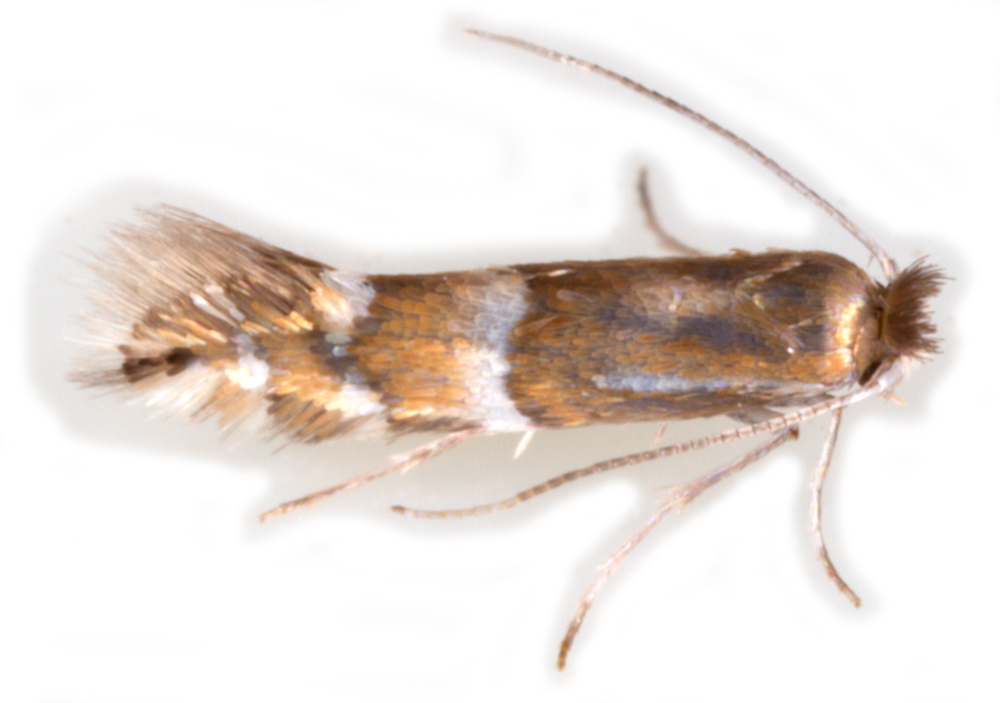 Phyllonorycter ulmifoliella §1 male
ID: Group B - forewing markings appear white on a coloured background, C1D1 forming a complete transverse fascia; C2D2 not forming a complete transverse fascia, basal streak distinct; 4C3D, white markings edged black on anterior edges only > P.salicicolella/cavella/hilarella/ulmifoliella. In my key I have followed MBGBI2 in distinguishing P.ulmifoliella as having no white in the thorax or tegulae, but in practice this distinction could not be made with confidence from the external appearance of §1 or §2. The vertical tuft of P.ulmifoliella should be ochreous-brown as shown by §1 but not by §2 (probably due to wear). In coming to this ID I was also concerned that capture in early July does not fit well with the flight season stated in MBGBI2, however HantsMoths gives a much broader date range. The genitalia are spot-on for both sexes. Descriptions below are based on images at Moth Dissection.
Male genitalia: P.ulmifoliella has symmetrical valvae with a rounded apex and no apical spines; P.cavella has symmetrical valvae broadest in the centre and tapering to a pointed apex (with a series of 5 small spines on the ventral margin); P.salicicolella and P.hilarella have asymmetrical valvae the right being broad with a strong hooked apical spine, the left narrow with a fine almost straight apical spine (if the images at Moth Dissection are accurately assigned, I am not convinced these two can be reliably separated, though there may be a difference in the exact curvature of the spine on the right valva).
Female genitalia: P.ulmifoliella has a pair of slit-shaped signa; P.cavella has a single slit-shaped signum; P.salicicolella and P.hilarella both have a single wedge-shaped signum (again, I am not convinced these two can be reliably separated).
<
> 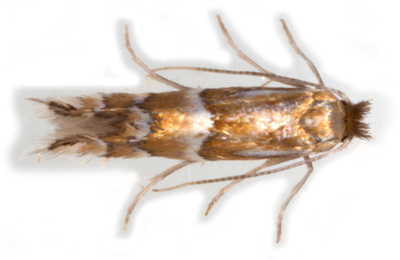 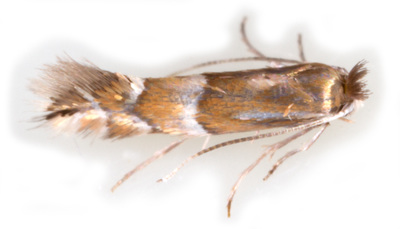 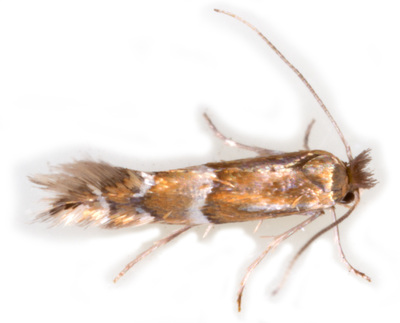 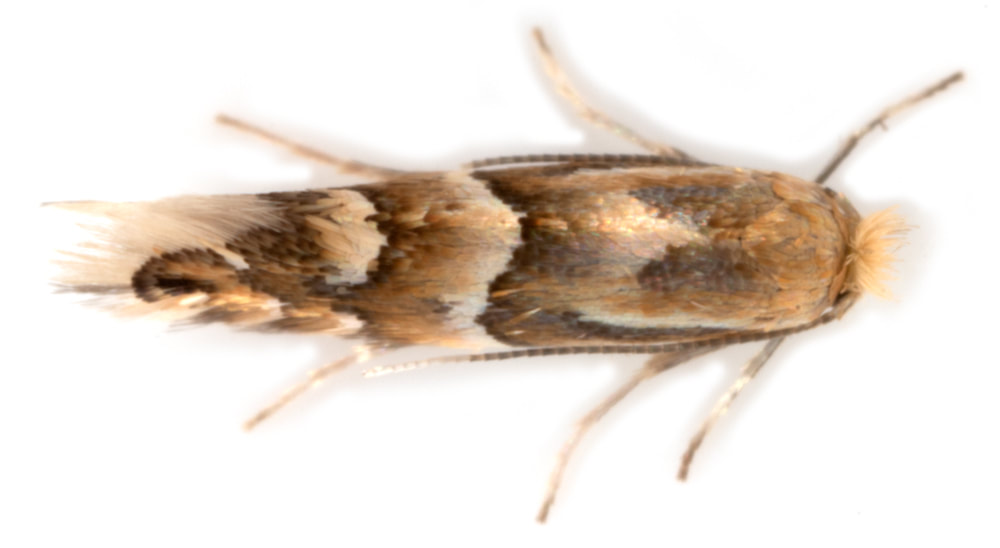 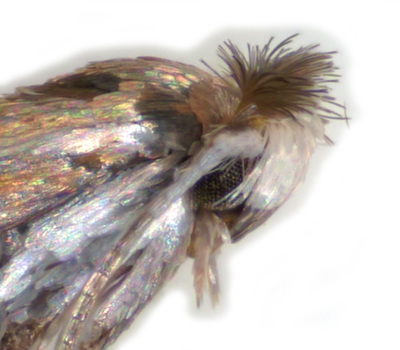 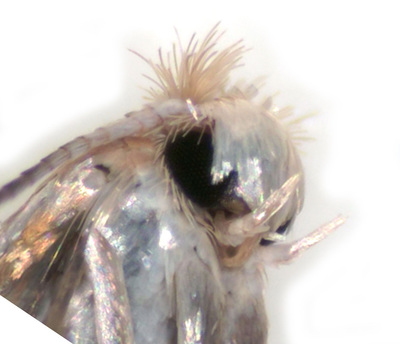 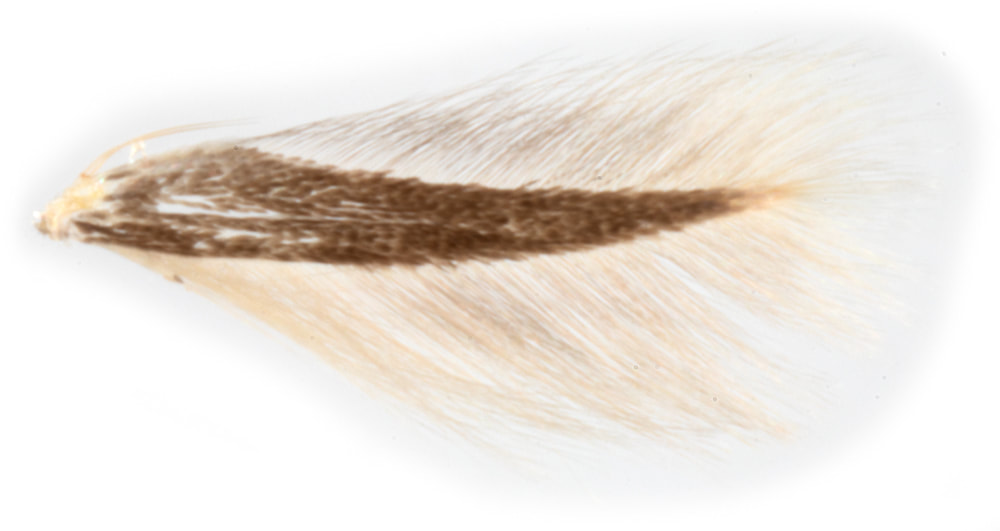 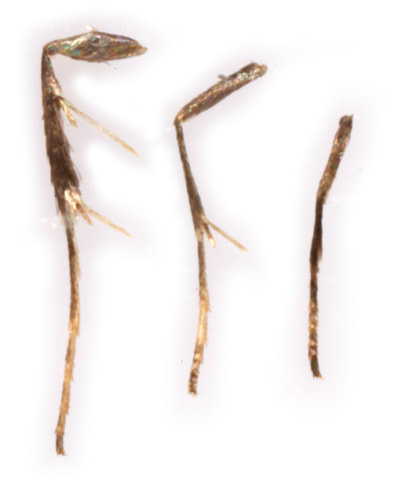 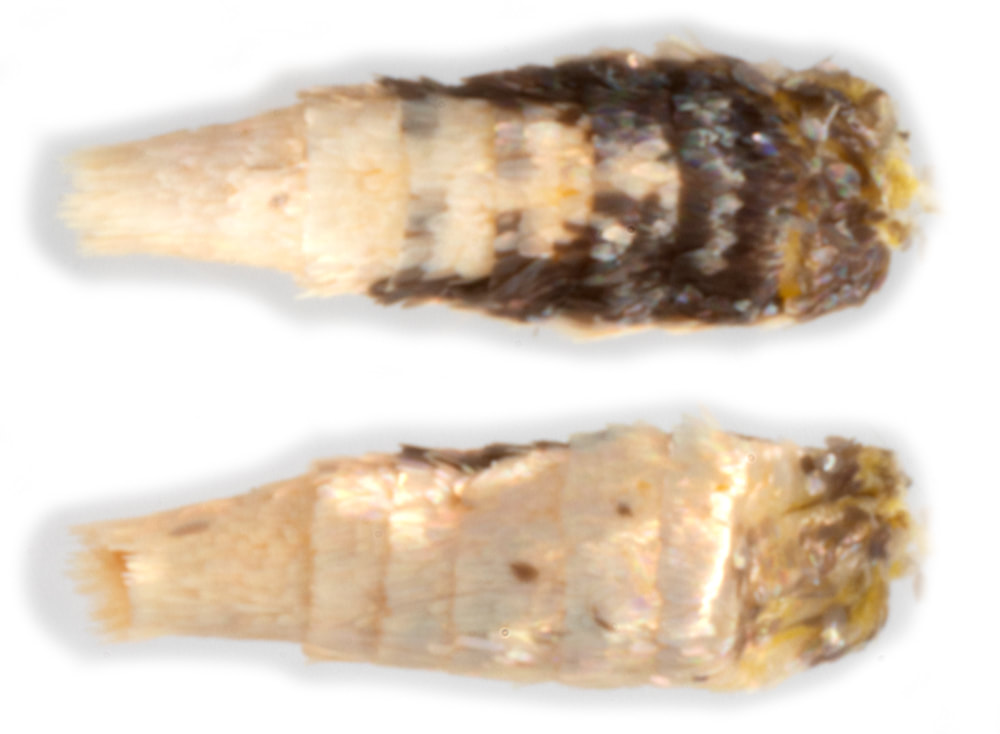 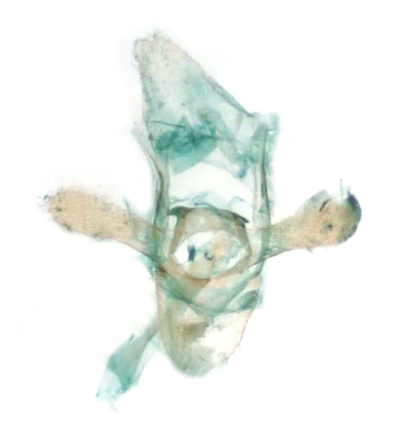 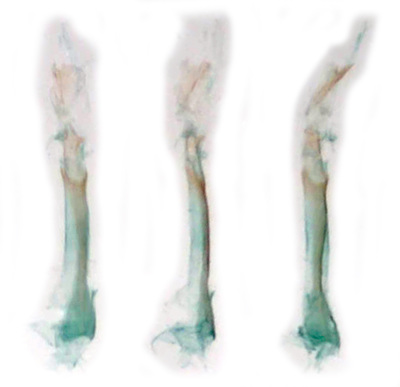 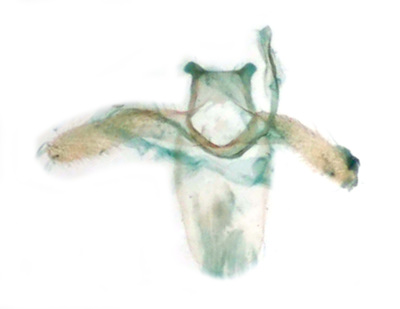 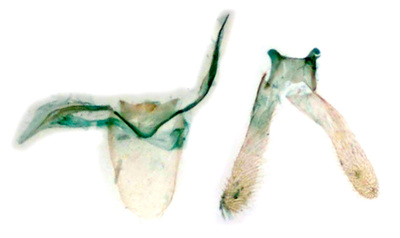 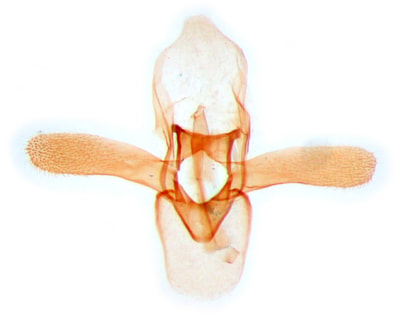 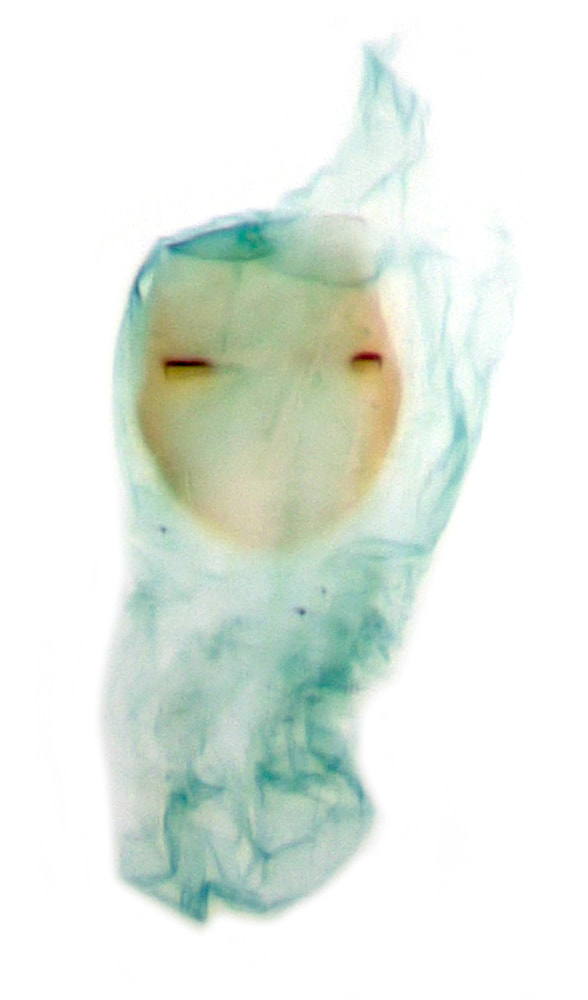 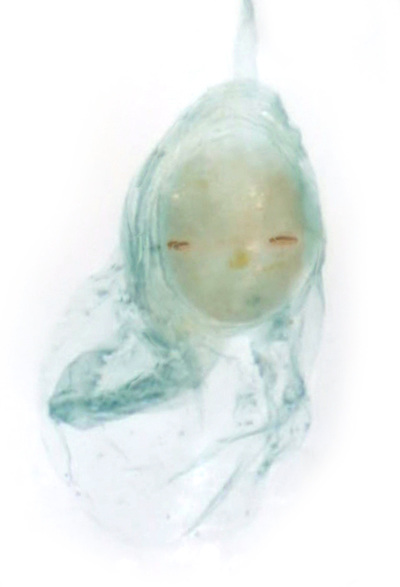 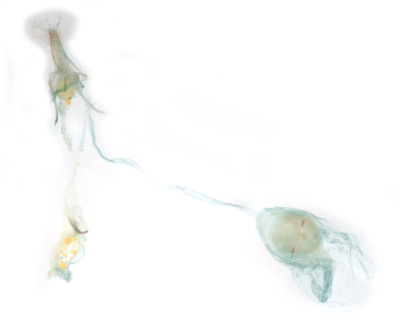 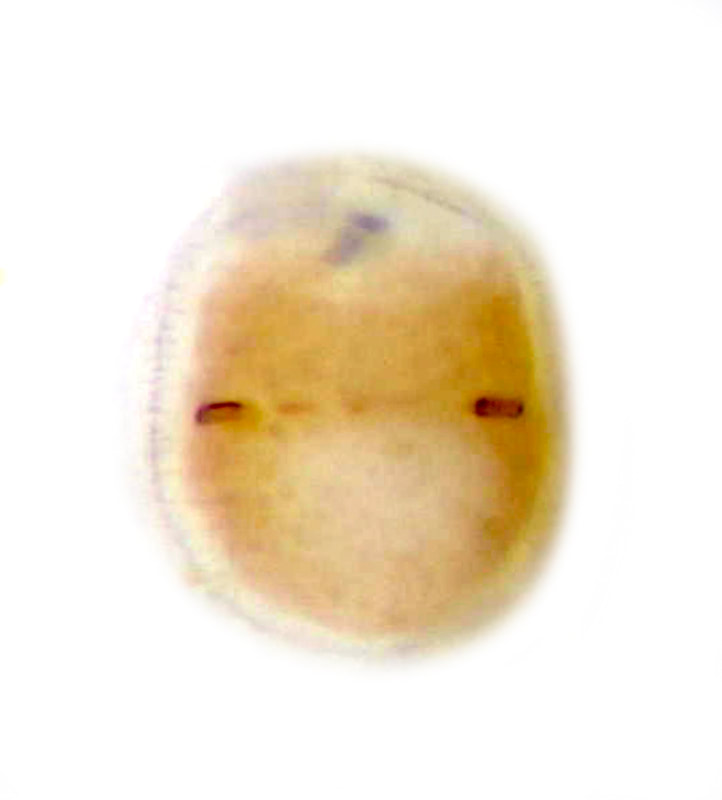