ws: 12-16mm (Norfolk Moths, Suffolk Moths), 11-13mm (MBGBI5.2)*; Jun; Norway Maple, Field Maple, Sycamore (Acer platanoides / campestre / pseudoplatanus); migrant that has recently established a breeding population in East Anglia and seems to be spreading. Doubtful record 1829; first authenticated record Minsmere, Suffolk Jun 2009.
* With a fw of 4.9mm §1 would have ws~ 10.3mm (I think the ID is correct but the reference range may not be)

Cydia inquinatana §1 male
ID: Most similar to Grapholita orobana which has a longer pale mediodorsal blotch.
​The long-haired black androconial scales on the upperside of the hindwing and the patch of black androconial scales in the anal region of the underside of the hindwing were very striking on dissection, not seen in any other Grapholitine I have examined, but not mentioned in the references I have seen; (there are also black andronocial scales in a subcostal band in the basal half of the forewing underside, but these are not so striking).
Male genitalia: Anteroventral margin of valva more-or-less entire; tegumen with a small nipple at the apex (which seems to become inapparent in a set specimen); aedaegus sigmoid with a scobinate mid-section with serrate carinae.
<
> 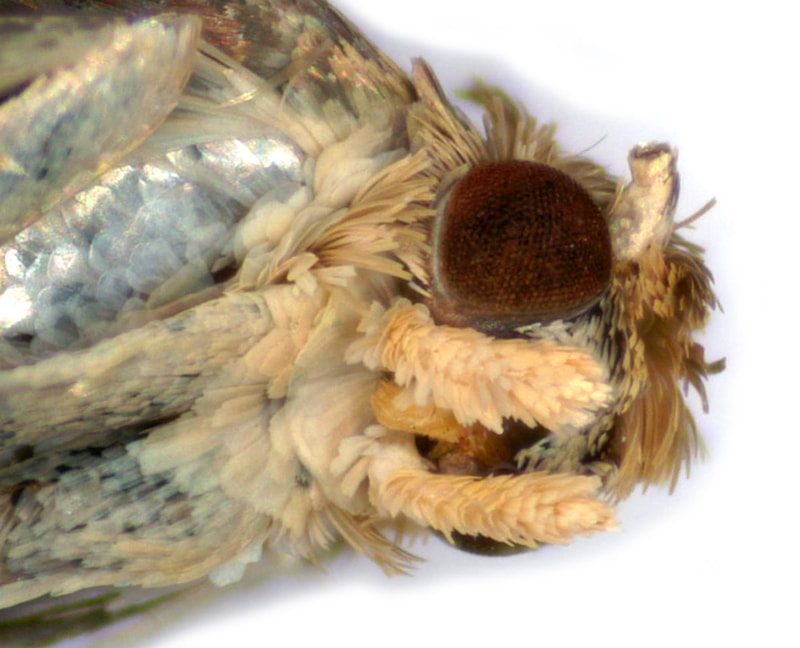 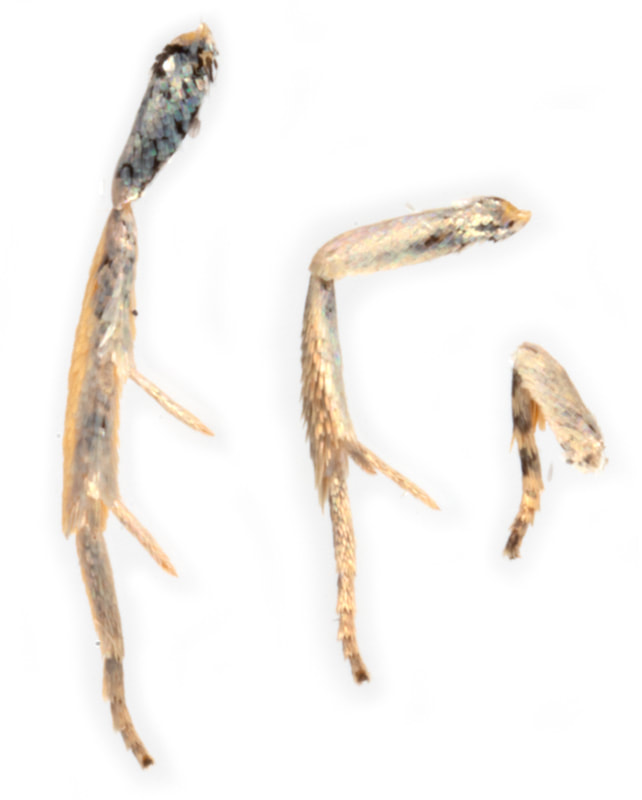 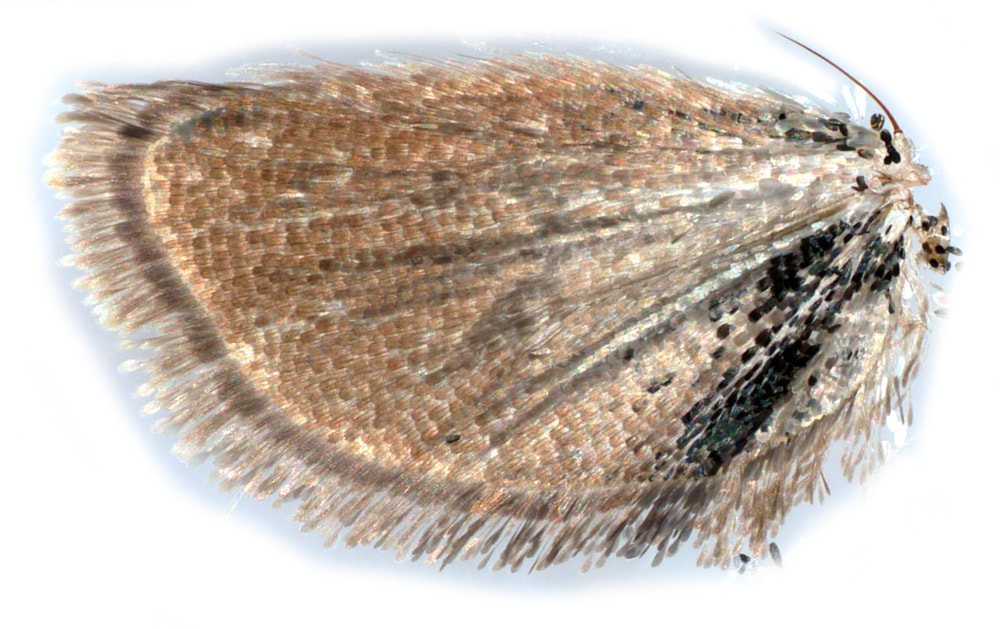 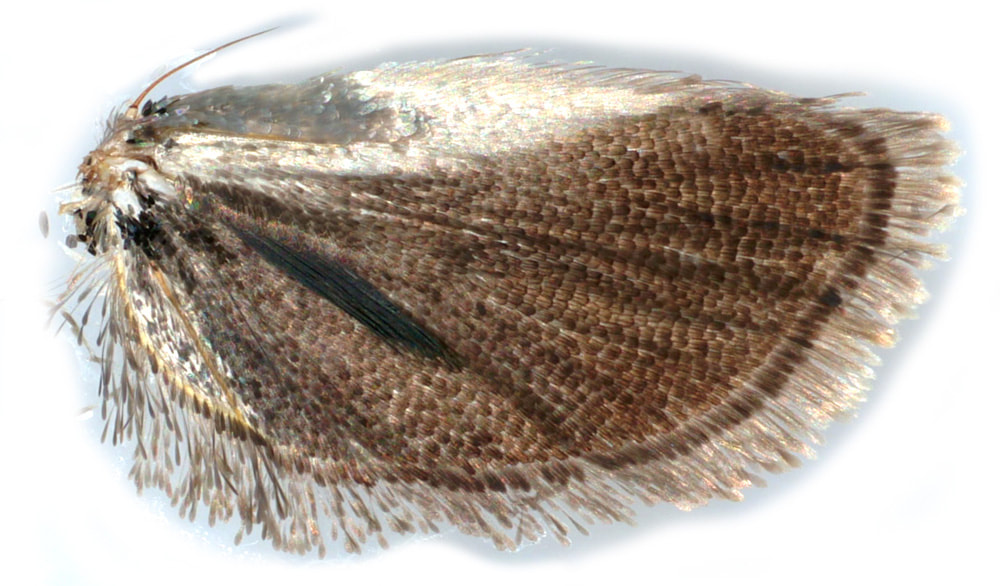 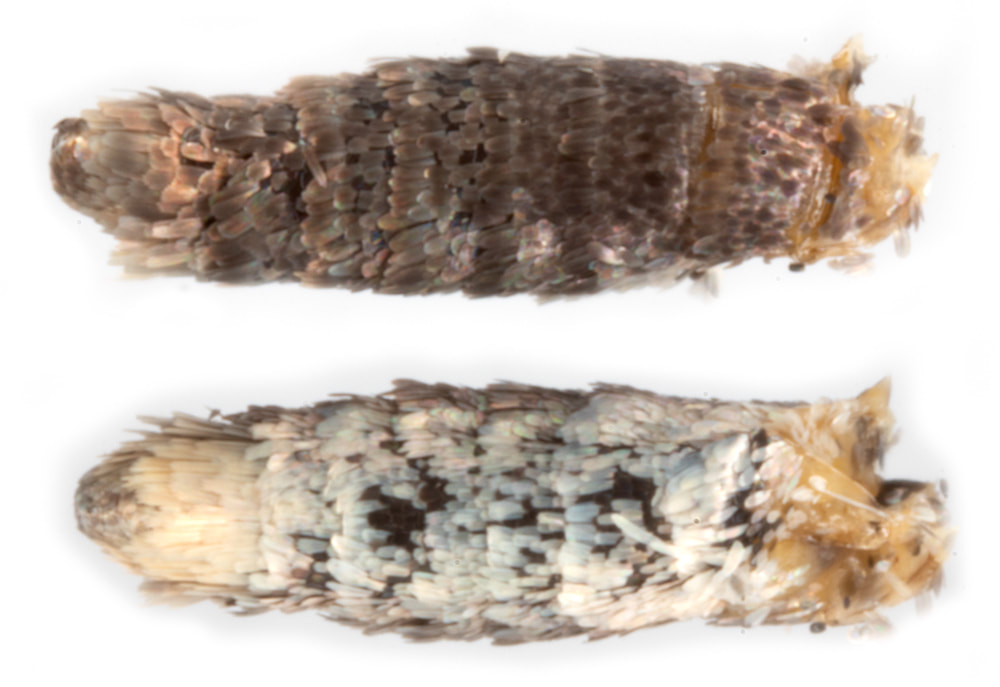 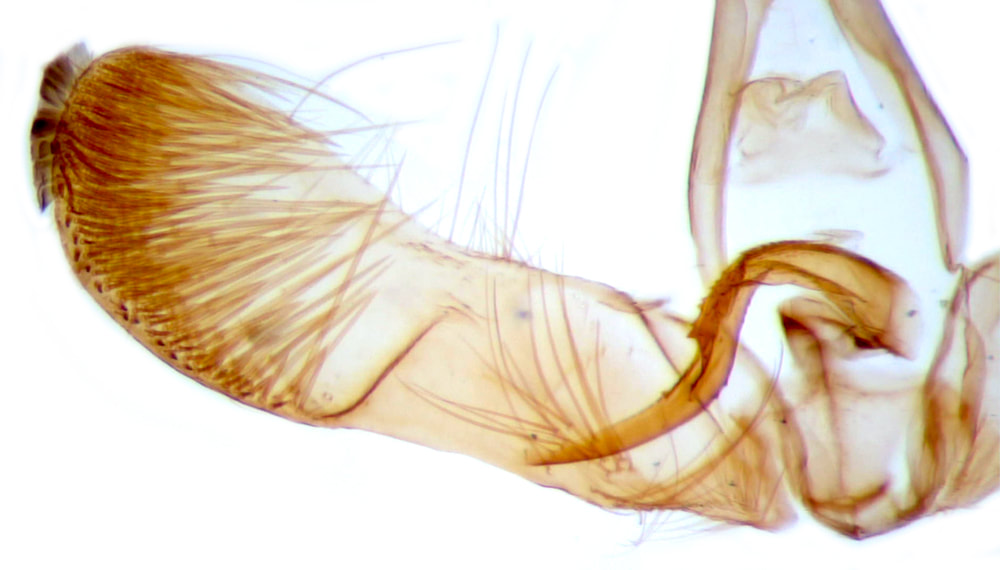 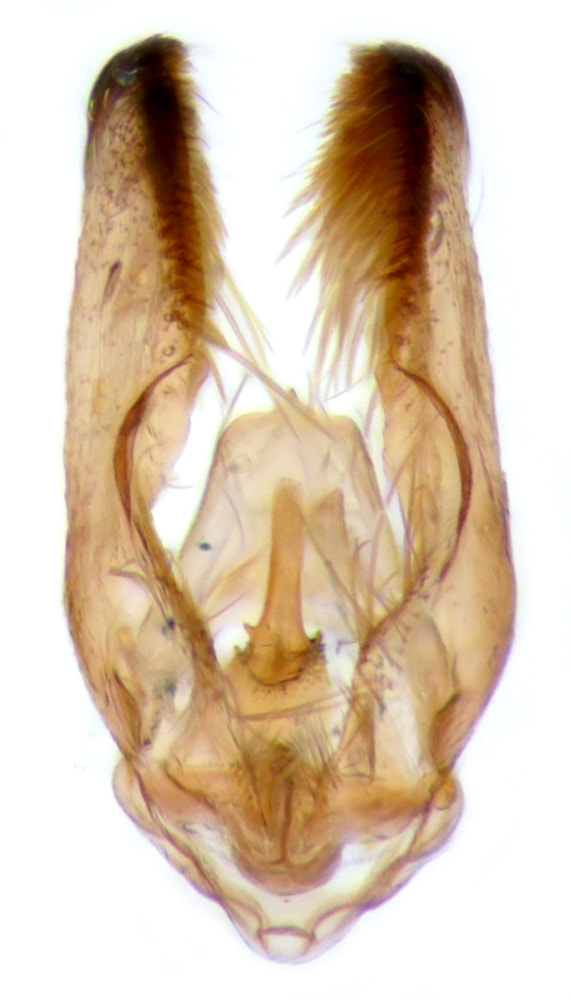 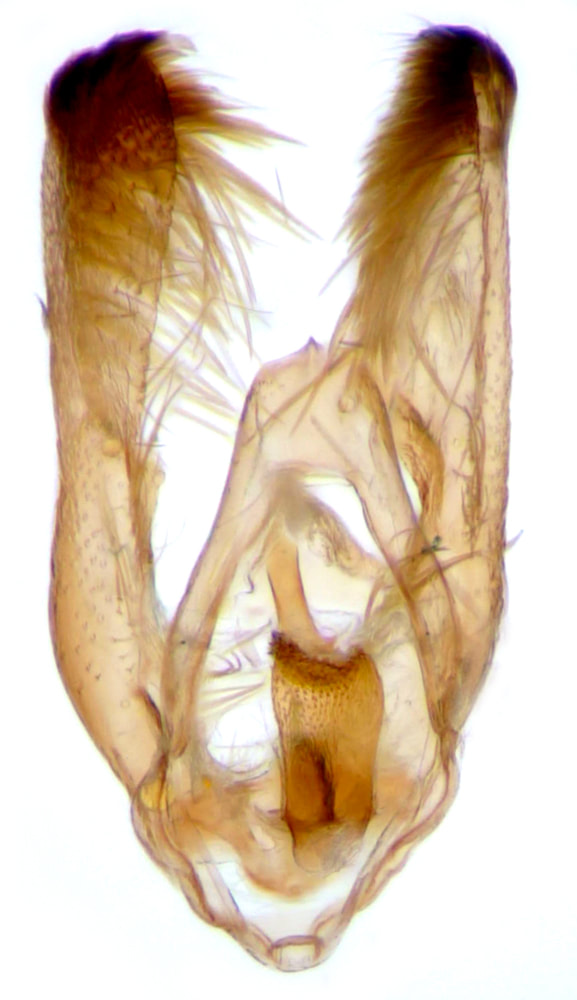