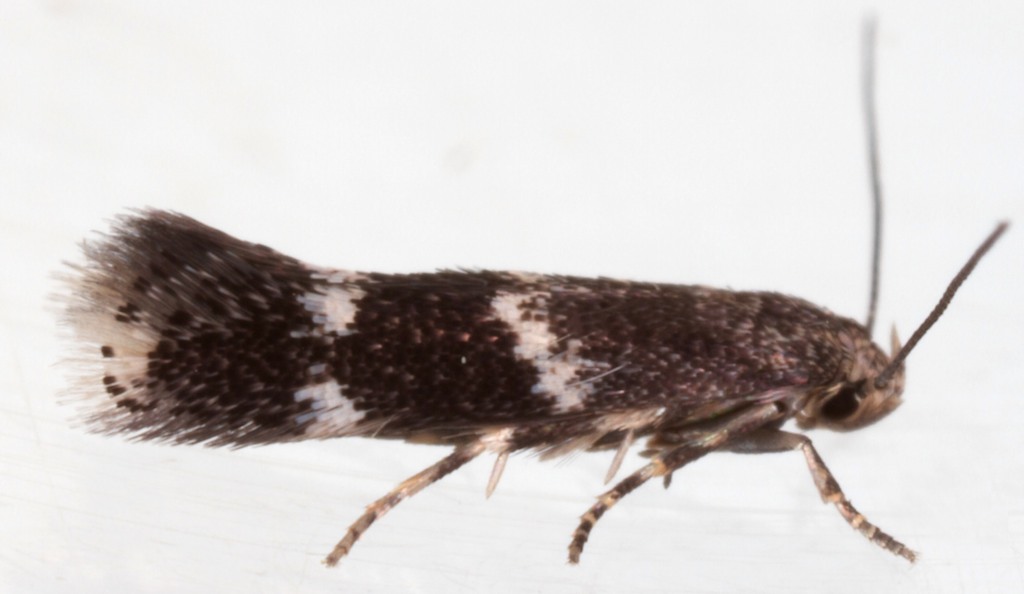 Elachista freyerella §1 female
ID: Forewing dark with pale markings with a white mark extending into the terminal cilia; frons whitish, vertex grey, neck tufts grey, not contrasting with thorax. In E.stabilella the head and neck tufts are white, contrasting with the grey thorax.
Male genitalia: Uncus lobes modified into a pair of claw-like structures > E.freyerella/consortella/stabilella
Valva with a spine on ventral surface near apex > E.freyerella/stabilella. These two cannot be reliably separated on genital features.
Female genitalia: The 3 former Cosmiotes species can be differentiated from all other Elachistidae by the form of the signum which has one dominant apical spine at each end of its long axis. In E.freyerella these spines are each about as long as the bridge connecting them and are set at a very obtuse angle to each other (almost 180deg). In E.stabilella (not shown at dissection group) the spines are each ~1/2 the length of the bridge connecting them and they are set at ~90deg to each other. In E.consortella the spines are short and set a very obtuse angle. E.stabilella also shows some sculpturing of the corpus bursae, which is plain in the other 2 species.
<
> 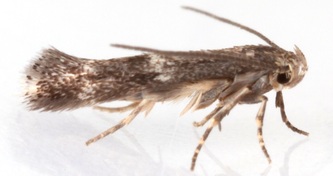 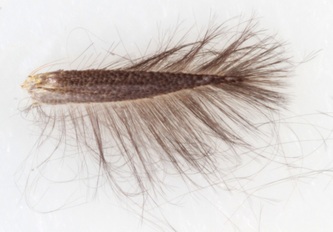 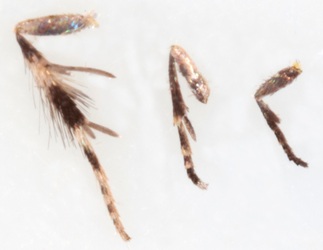 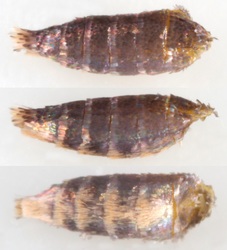 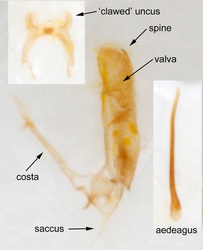 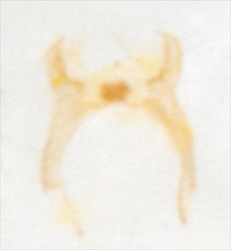 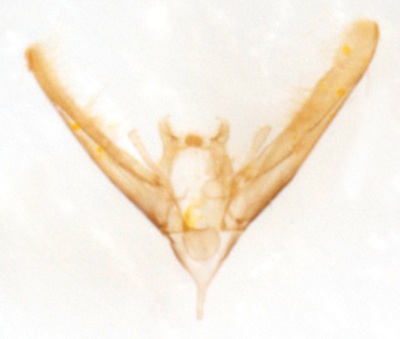 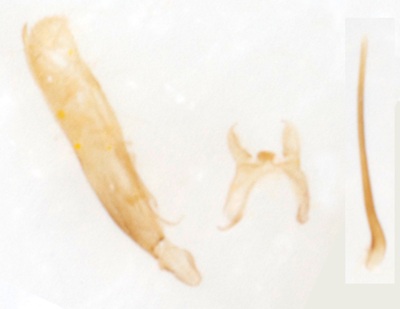 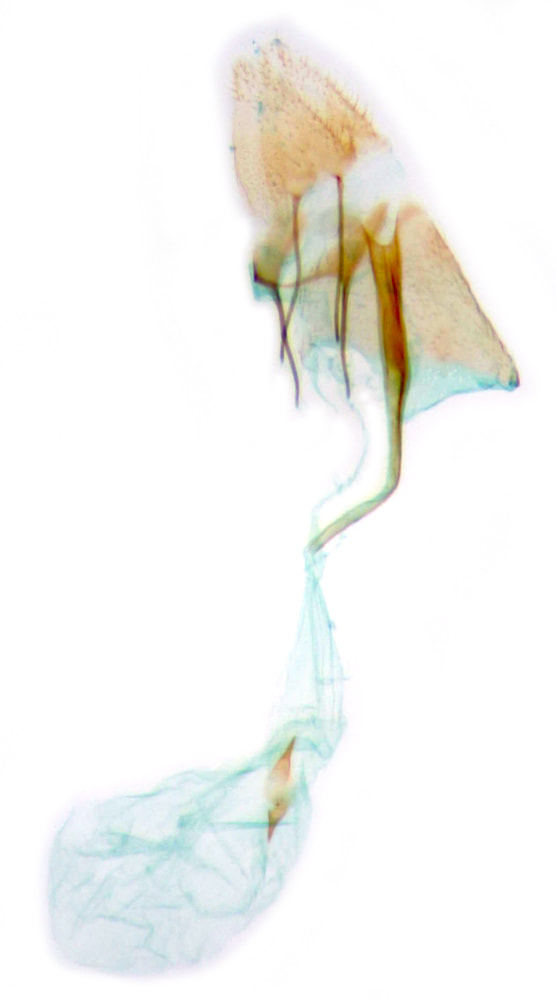 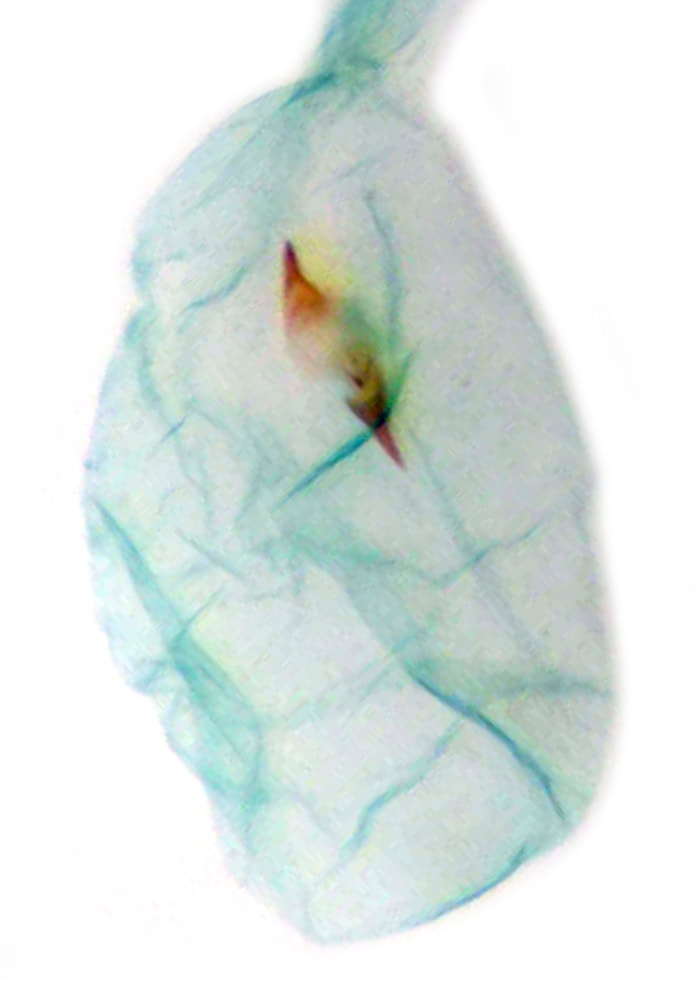 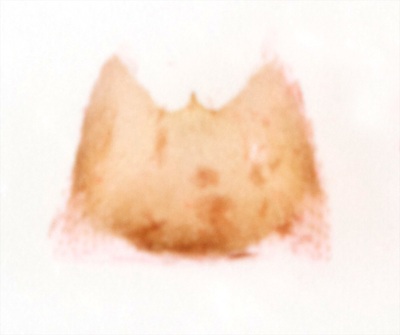 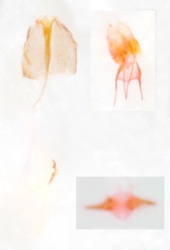 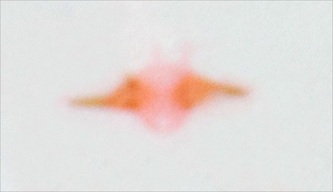