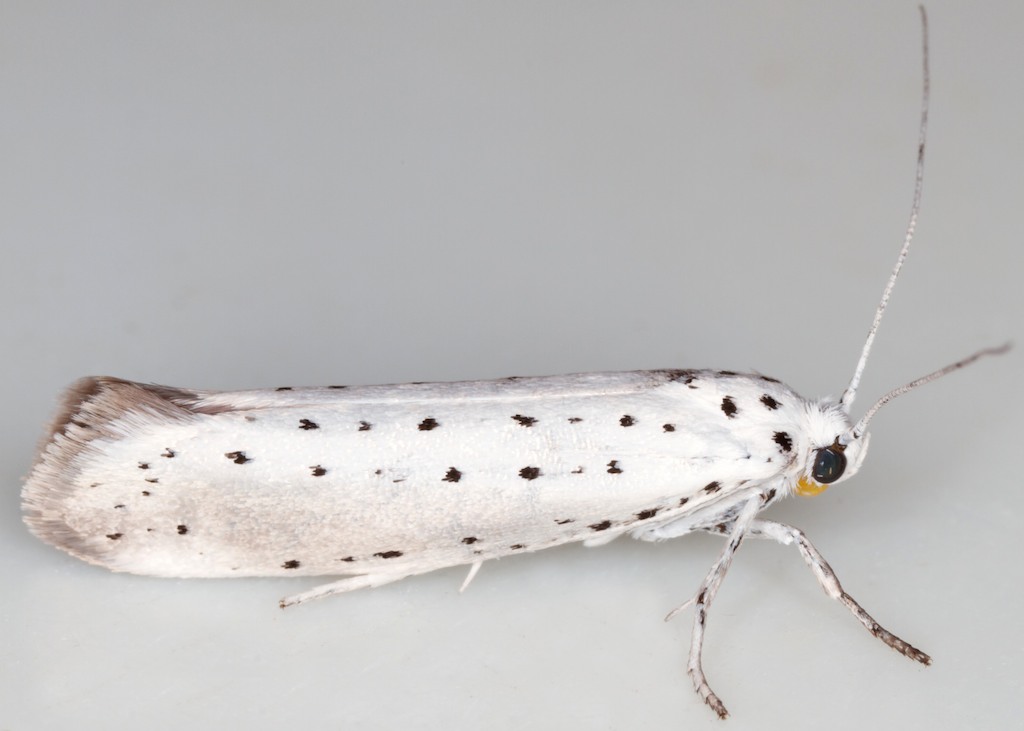 Yponomeuta rorrella §1 female
ID: Y.padella/cagnagella/malinellus/rorrella are all very similar with 3 or 4 rows of black dots on a white or whitish ground colour and not more than 8 dots in the most dorsal row. There are no absolute genitalic differences between these species and the differences in forewing pattern do not distinguish the species with absolute certainty. Y.rorrella has a pattern of grey suffusion that leaves the dorsal half and a pre-terminal costal patch white. Y.cagnagella has no grey suffusion of the forewing ground colour, including the terminal cilia, being entirely white apart from the black dots. Y.malinellus has contrastingly grey terminal cilia. Y.padella has a variable amount of grey suffusion and the terminal cilia are the same colour as the terminal area of the wing. Y.rorrella shows 6-8 black dots in each of the 2 dorsal rows (~8 above the fold, 6-8 below the fold), while Y.padella/cagnagella/malinellus show 4-7 dots in these rows (4-6 above fold, 4-7 below fold). 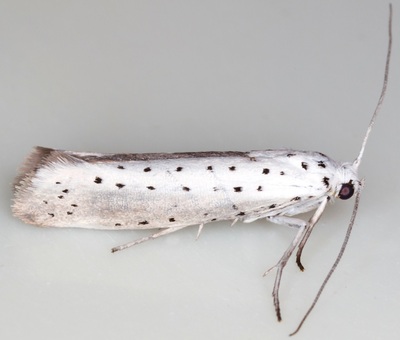 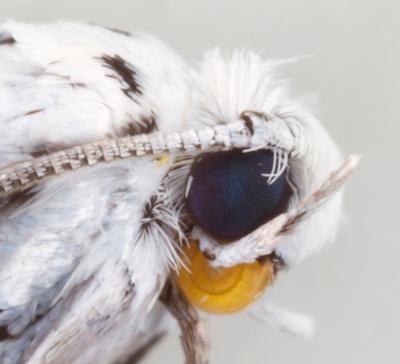 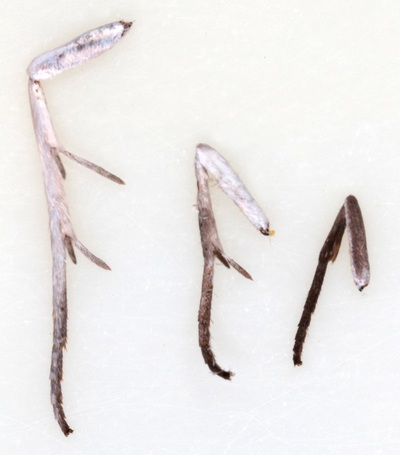 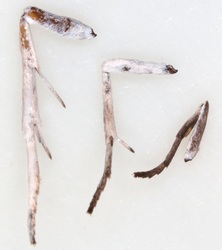 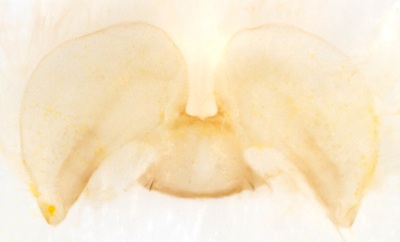 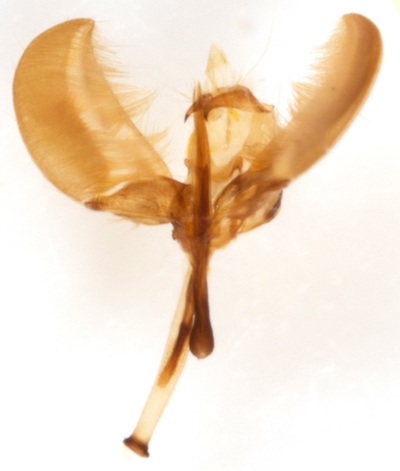 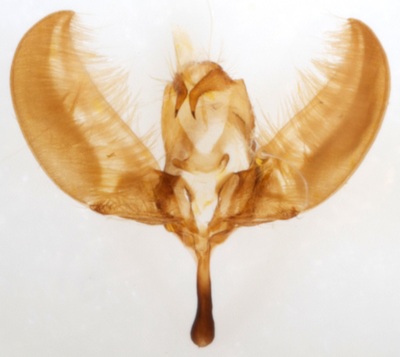 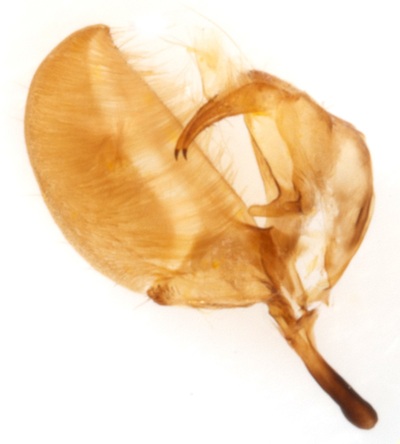 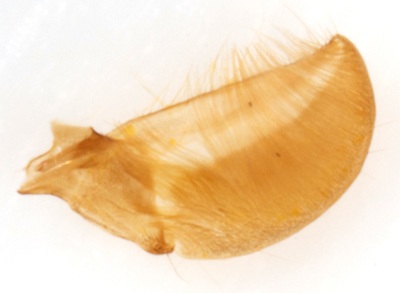