Idaea aversata f.remutata (Riband Wave) §6 male
ID: Variable in ground colour from fawn to sandy brown and in extent of peppering with blackish scales which give it a "rough' texture. Two forms: the nominate ribboned form has a dark gray band between the 2nd and 3rd cross-lines and is more common in the south than the north; the plain form remutata lacks the grey band and is frequent as the ribboned form in the south and predominates in the north. The plain form is very similar to I.straminata (Plain Wave). In I.aversata the 3rd cross-line of the forewing is angled proximally near the costa (from V7) (though the strength of this angulation is somewhat variable), while in I.straminata the 3rd cross-line curves smoothly to the costa without angulation. I.straminata is smoother and has less distinctly marked cross-lines. I.degeneraria (Portland Ribbon Wave) shows the same angulation of the 3rd cross-line as I.aversata but is easily distinguished by having dark brown shading between the 1st and 2nd lines (and a very restricted distribution). Both I.straminata and I.degeneraria average smaller (fw 13-15mm) than I.aversata.
<
>
<
> 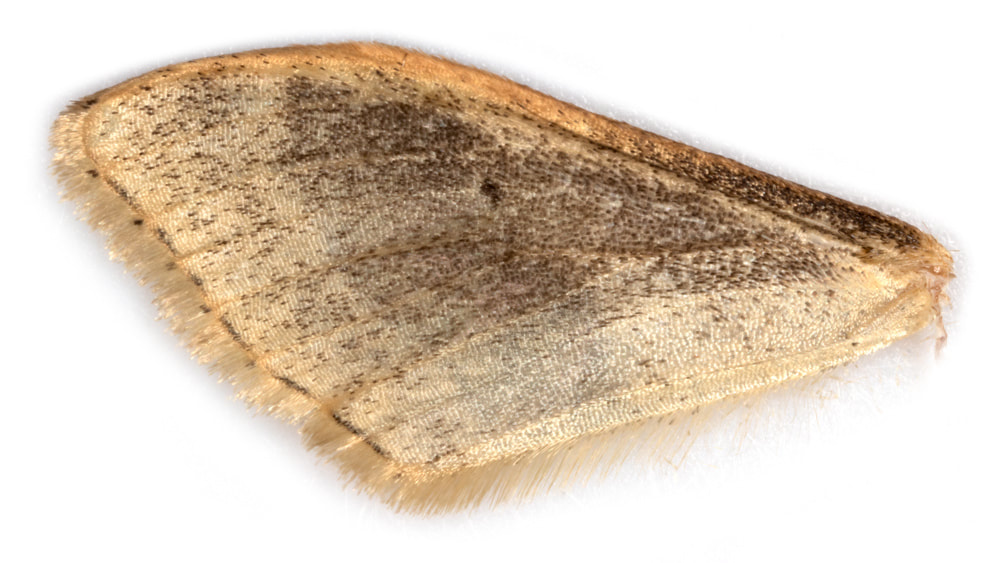 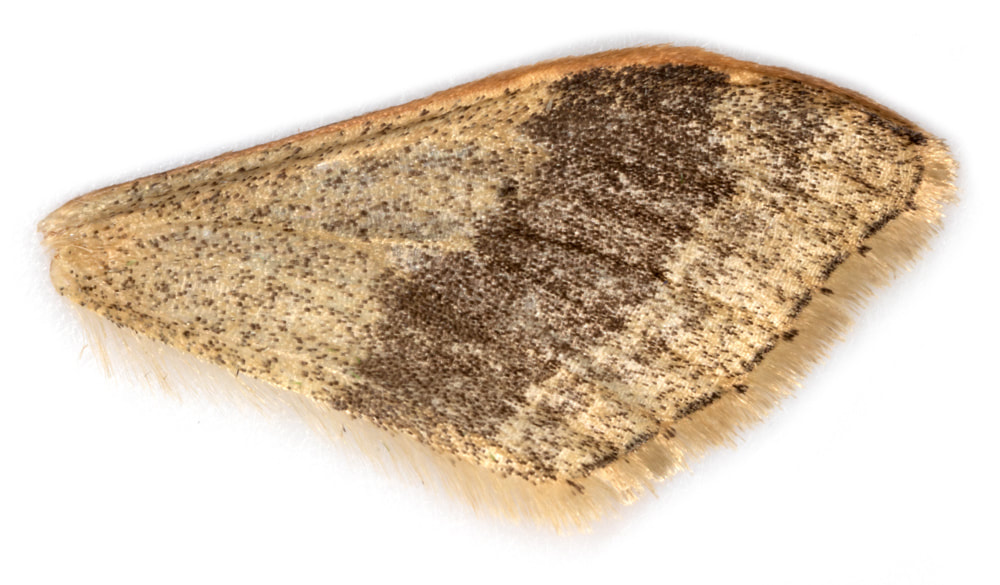 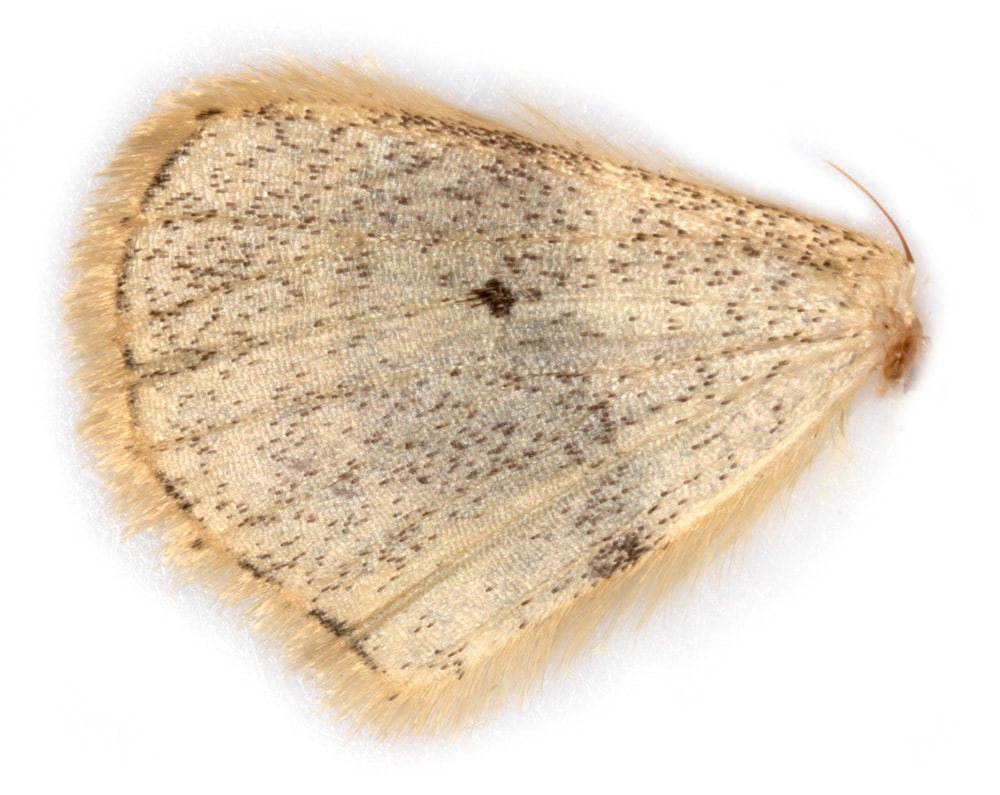 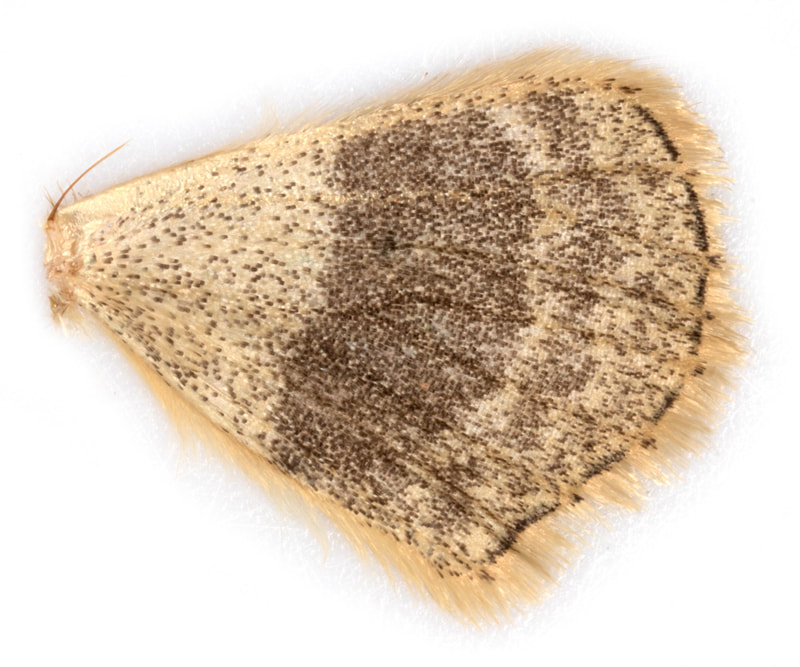 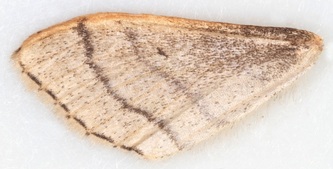 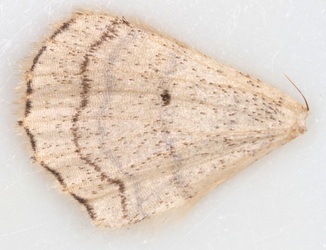 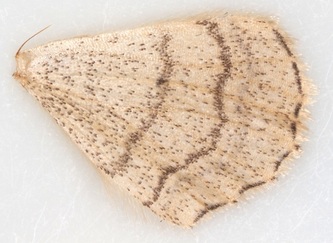 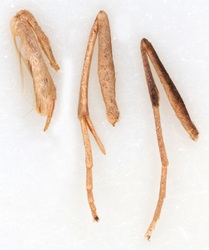 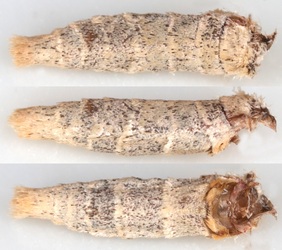 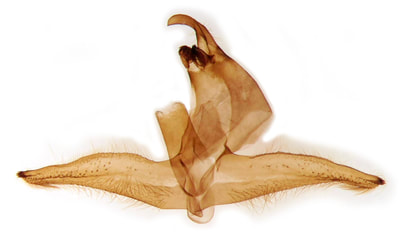 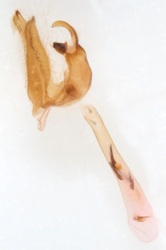 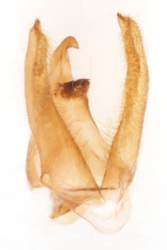 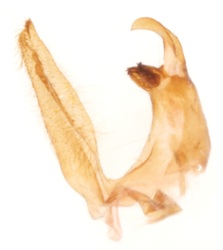 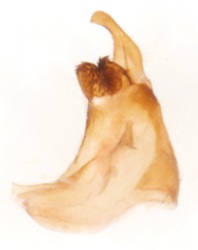 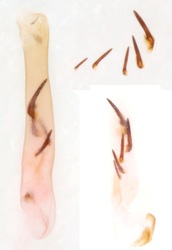