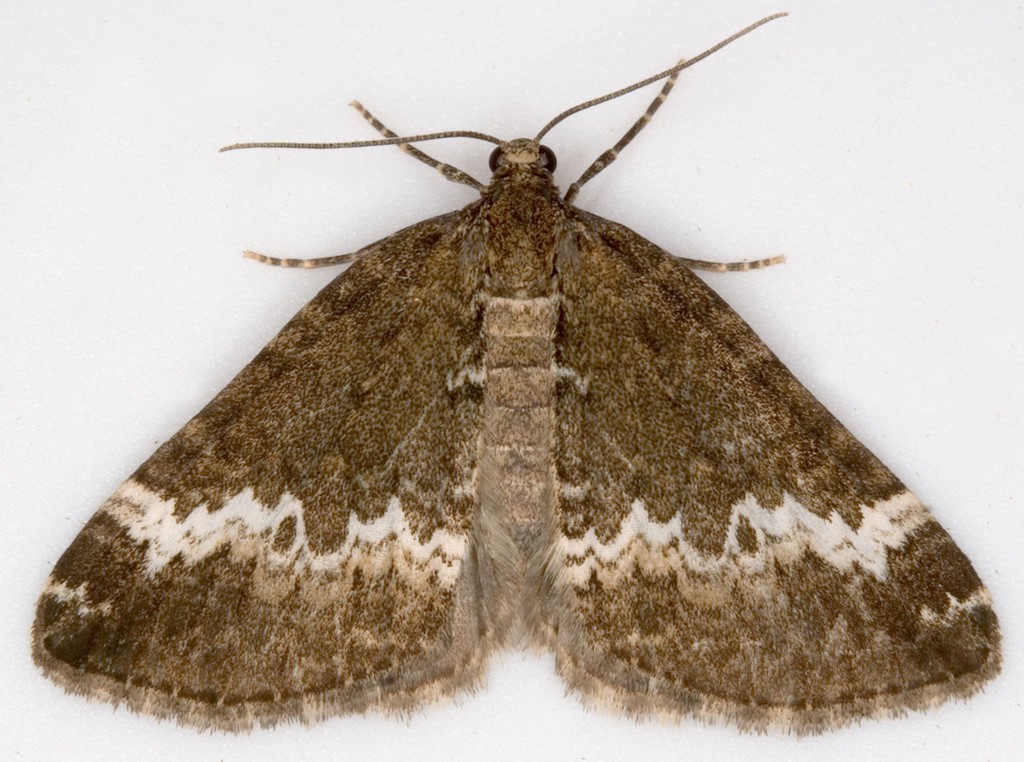 Perizoma affinitata (Rivulet) §1
ID: Similar to P.alchemillata (Small Rivulet) which is smaller (fw 9-11mm). Both species have a prominent white cross-band (~distal margin of median fascia) which is divided by a narrow line of brown ground colour. In P.affinitata the proximal margin of this cross-band usually shows a deep 'U'-shaped indentation just dorsal to halfway along its length (see inset in forewing picture below); in P.alchemillata this indentation is usually 'W'-shaped (this distinction is not absolute - I have found specimens of P.affinitata with a 'W'-shaped indentation - see §3 below). In P.alchemillata the white band is strong throughout its length on both sides of the narrow brown dividing line; in P.affinitata the distal white line is noticeably weaker (less white) than the proximal white line, especially in its dorsal half (although this distinction becomes less apparent with wear). P.alchemillata often shows a more or less distinct double basal white line (~distal margin of sub-basal fascia) which is usually represented by just a short single dorsal line in P.affinitata.
Male genitalia: Only P.affinitata is shown at dissection group. Pierce describes several differences between P.affinitata and P.alchemillata. Features for P.affinitata described first: Labides with head united - head globular vs bilobed; Juxta indented above and below vs narrower above; Uncus tapered, broad at base vs short, pointed; Valva simple vs short.
Female genitalia: P.alchemillata has a single discoid scobinate signum whilst P.affinitata has two signa, one elongate, ovate and spined the other discoid. 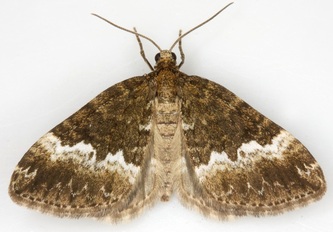 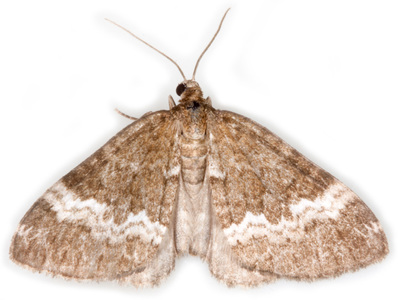 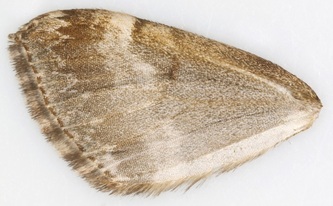 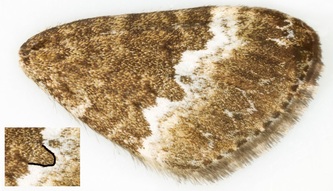 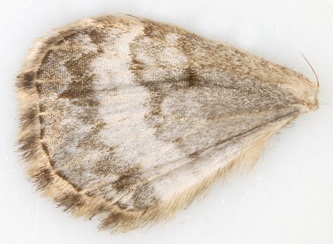 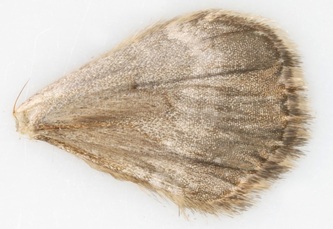 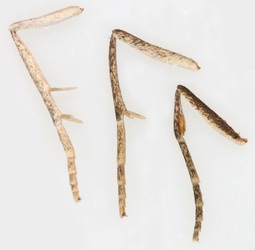 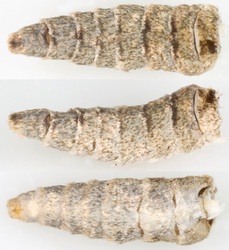 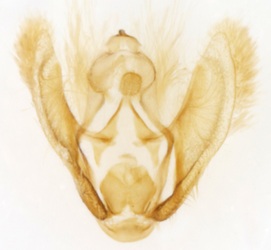 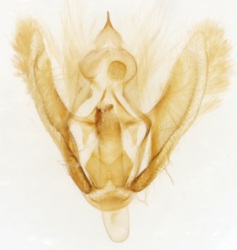 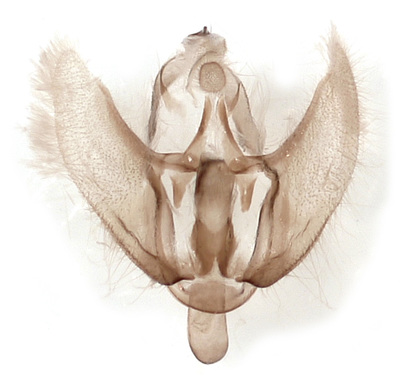 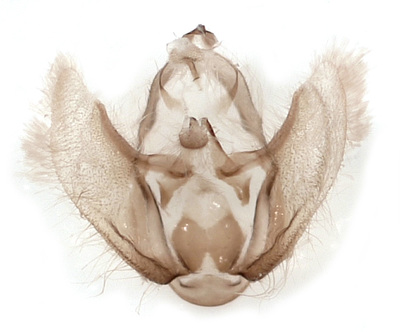 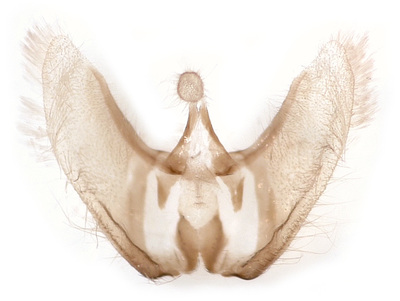 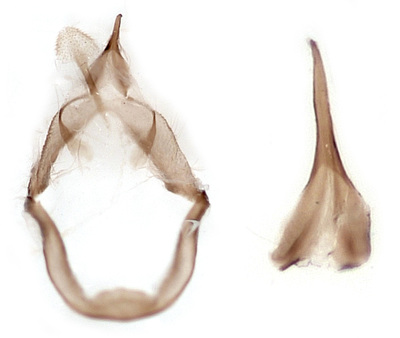 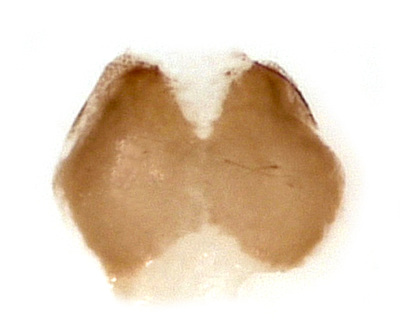 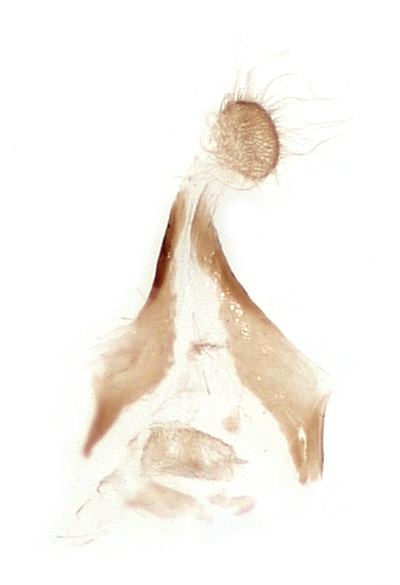 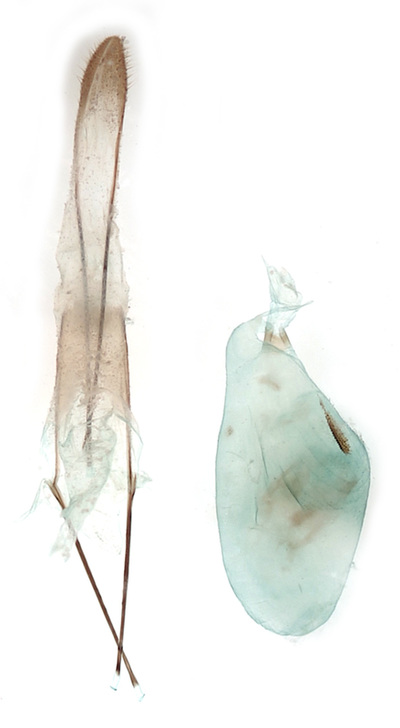 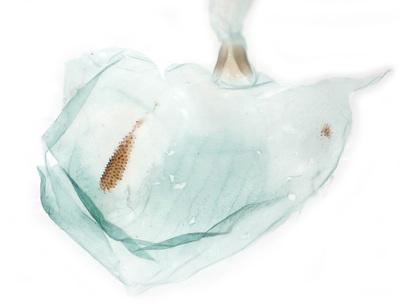