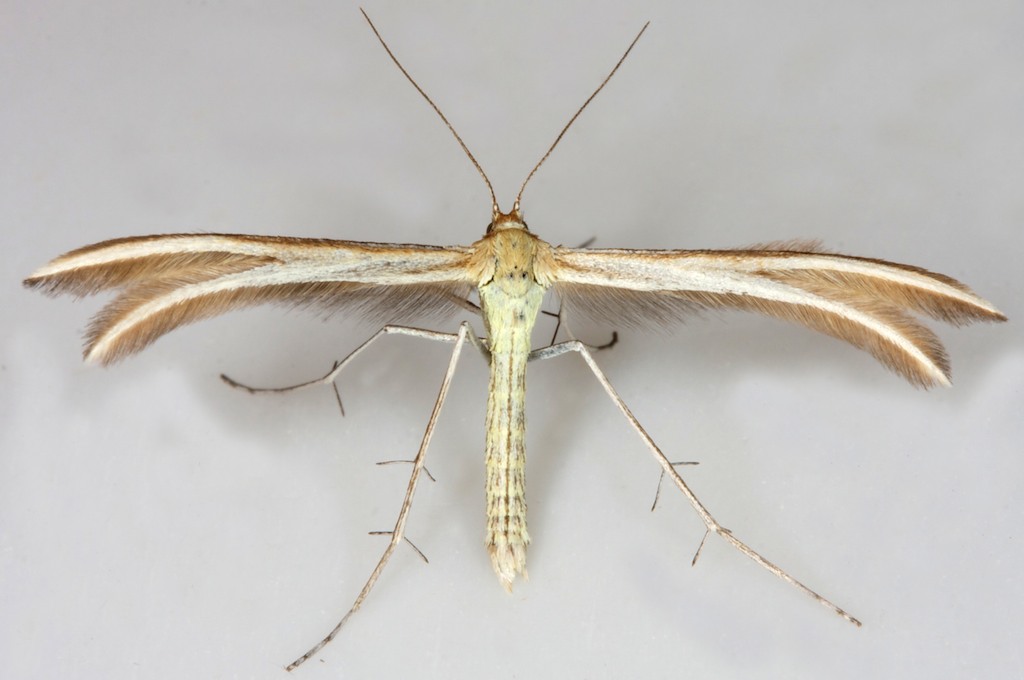 Merrifieldia leucodactyla §1 male
ID: M.tridactyla is very similar, but is confined to SW.England. Hart distinguishes these species on forewing features: in M.tridactyla the costal cilia of the 2nd lobe are a mixture of short pale hairs and long dark hairs which obscures the boundary between the wing and its cilia; in M.leucodactyla these hairs are mostly dark and the boundary between the wing and its cilia appears sharply defined. In M.tridactyla the ochreous-brown suffusion of the basal 2/3 of the forewing often extends into the forewing lobes; in M.leucodactyla the forewing lobes are without this suffusion and invariably white. Gielis gives the pattern of dark and pale scales in the antennae as the best external distinguishing feature, but his text description is hard to reconcile with his illustration. The illustration shows what I think is the dorsal aspect of the antenna with 3-4 scales across the width of the antenna; in M.tridactyla there is a line of dark scales bordered by white scales along the length of the antenna; in M.leucodactyla there is a more random pattern of dark and white scales, but still a dominance of white scales. In specimen §1, I found a substantial dominance of dark scales. M.baliodactylus is also similar but the dark costal line is much less distinct; it is confined to England, mainly in the south.

Female genitalia:
M.leucodactyla and M.tridactlya have a pair of longitudinal thread-like signa in the bursa copulatrix. They differ in the proximal margin of the 7th tergite which possesses a long and short process in M.leucodatyla, these processes being absent in M.tridactyla. In M.baliodactylus the signa are wedge-shaped. 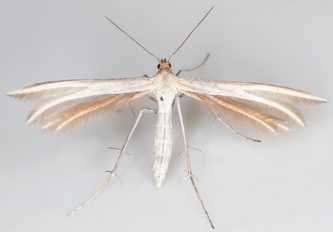 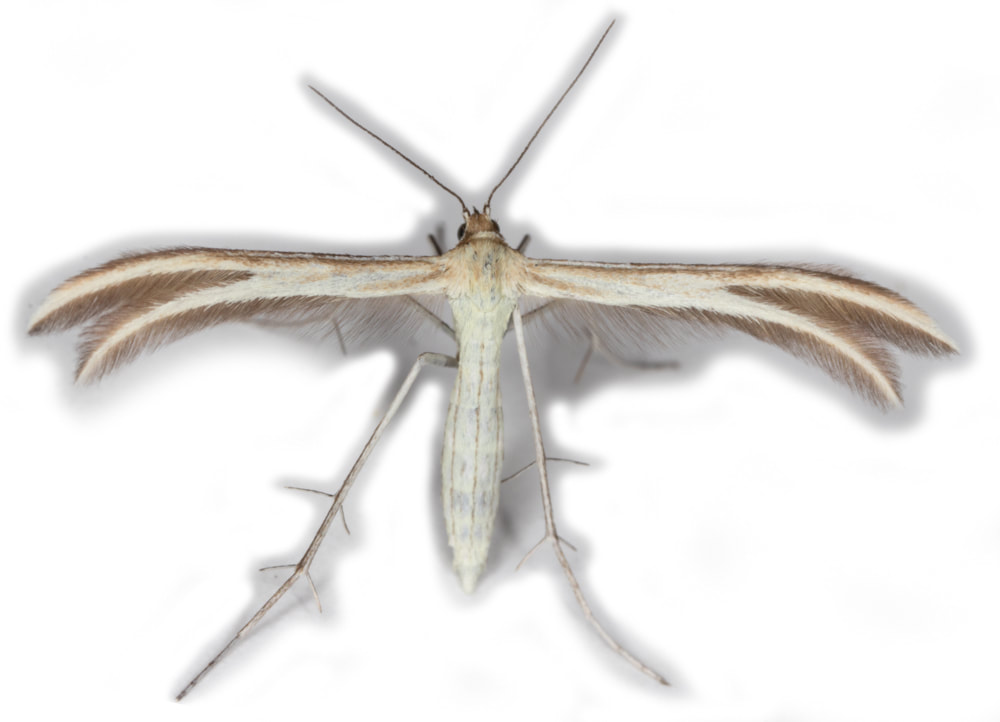 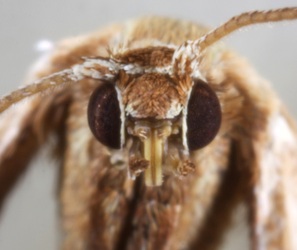 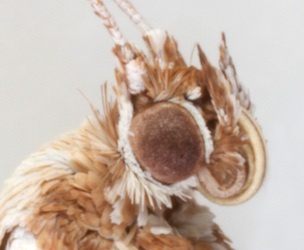 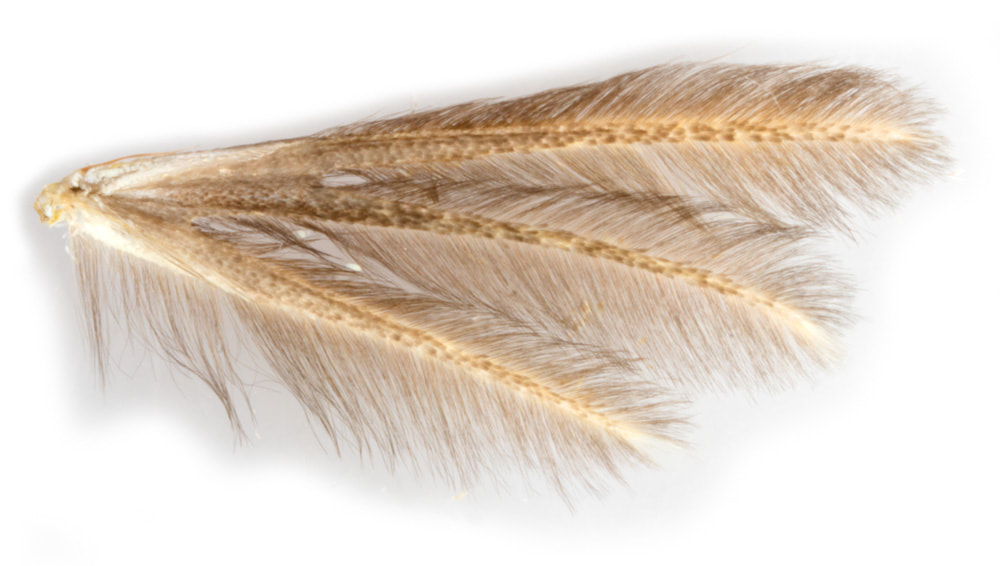 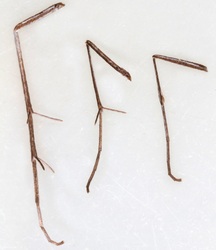 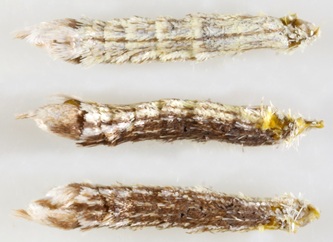 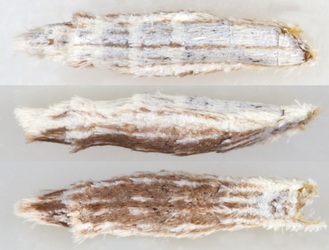 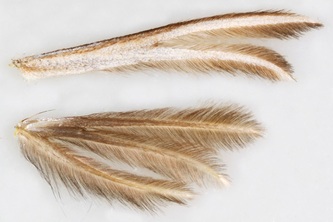 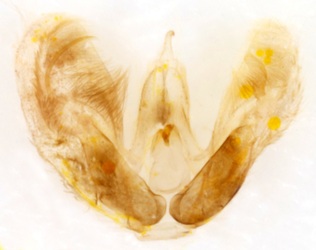 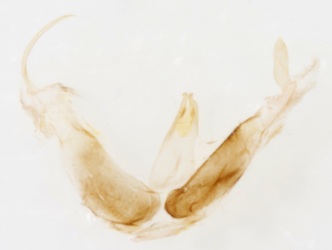 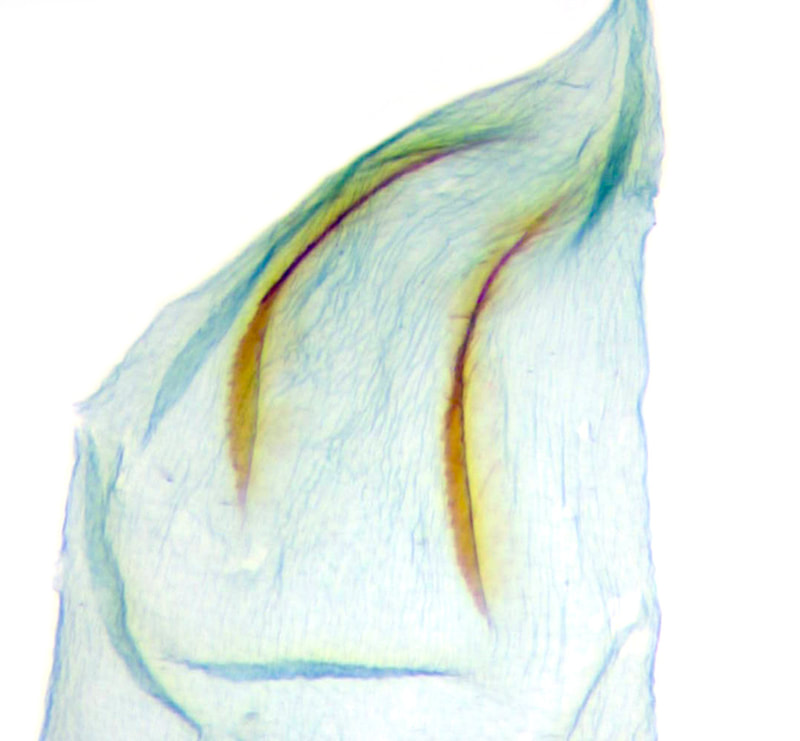 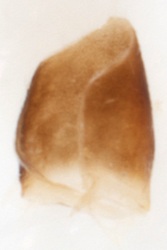 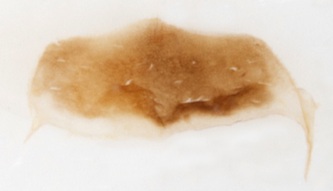