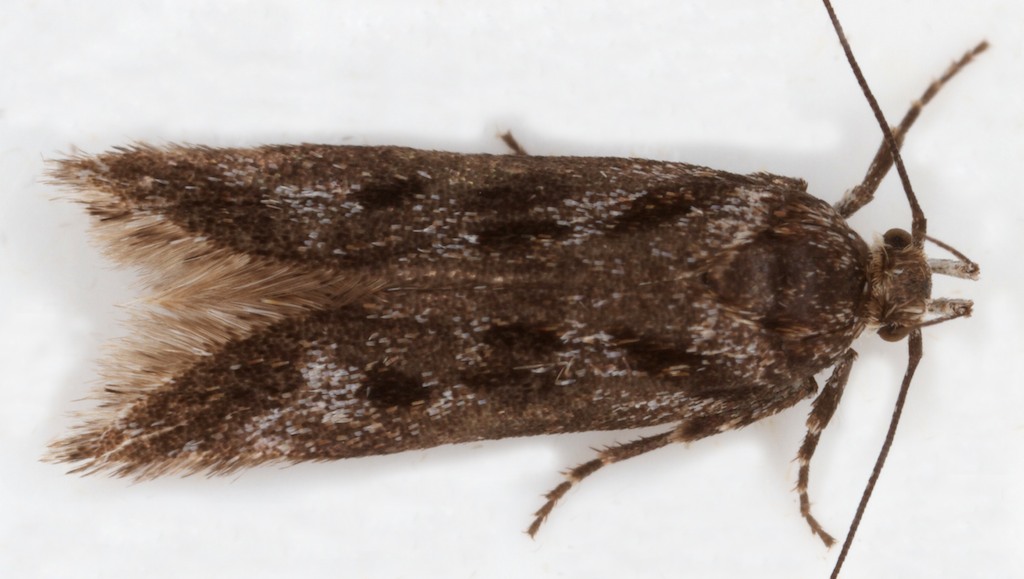 Prolita sexpunctella §1 female
ID: According to MBGBI4.2 this species has 5 white fasciae (basal - extending along dorsum to 1/5, 1/4 - oblique sometimes reaching dorsum, 1/2, apex to tornus, terminal - narrow). In P.solutella only one fascia is distinct, this being equivalent to the 4th fascia of P.sexpunctella and transverse perpendicular to the costa instead of oblique. Whilst several web images of P.sexpunctella (eg Gelechiid Recording Scheme) do show this pattern of white fasciae, this difference between the species is not at all obvious in the drawings in MBGBI4.2. According to the Gelechiid Recording Scheme P.solutella is now confined to Cornwall and the Scottish Hghlands and has not been recorded in N.England since 1921.
Female genitalia: Both species are illustrated in MBGBI4.2 (32a, 32b), only P.solutella is shown at Dissection Group. There is a sclerotised band at the junction of introitus vaginae and ductus bursae, just posterior to the entry of the ductus seminilis. In P.sexpunctella this band is short and inconspicuous, while in P.solutella it is about as long as it is broad and obvious. Differences are also illustrated in the relative lengths of the anterior and posterior apophyses and in the shape of the signa but I would need to examine further material to decide whether these differences are real and what the consistent differences are (if any). 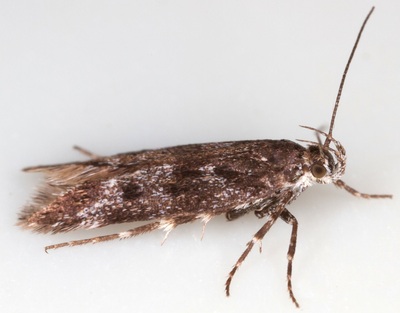 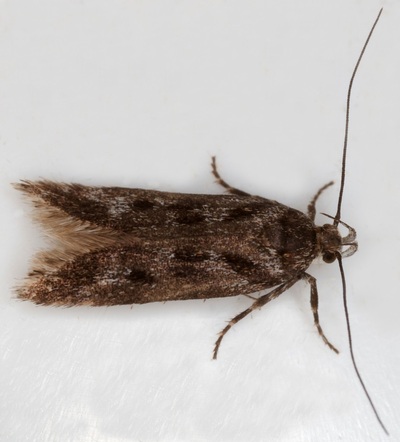 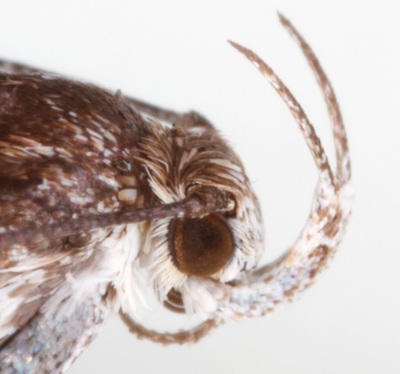 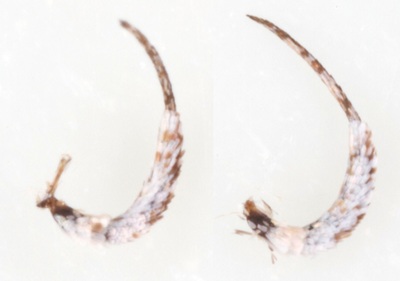 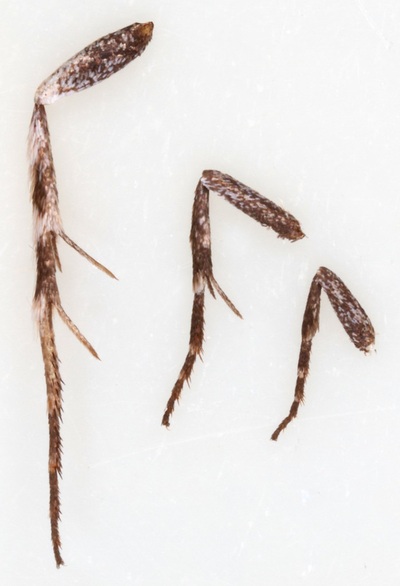 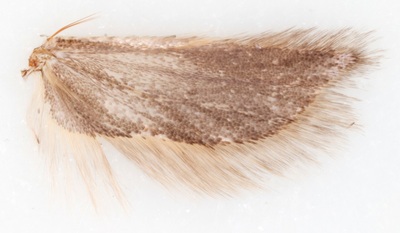 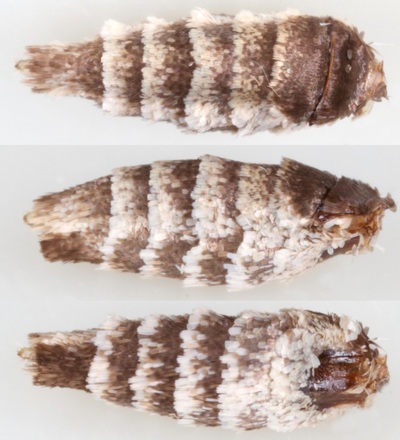 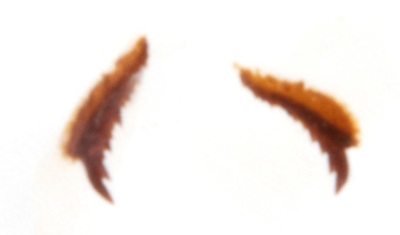 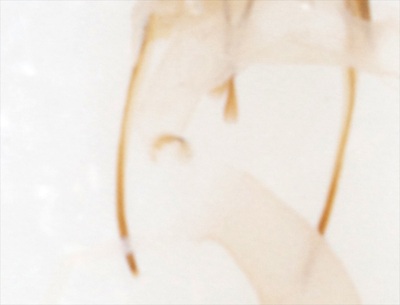