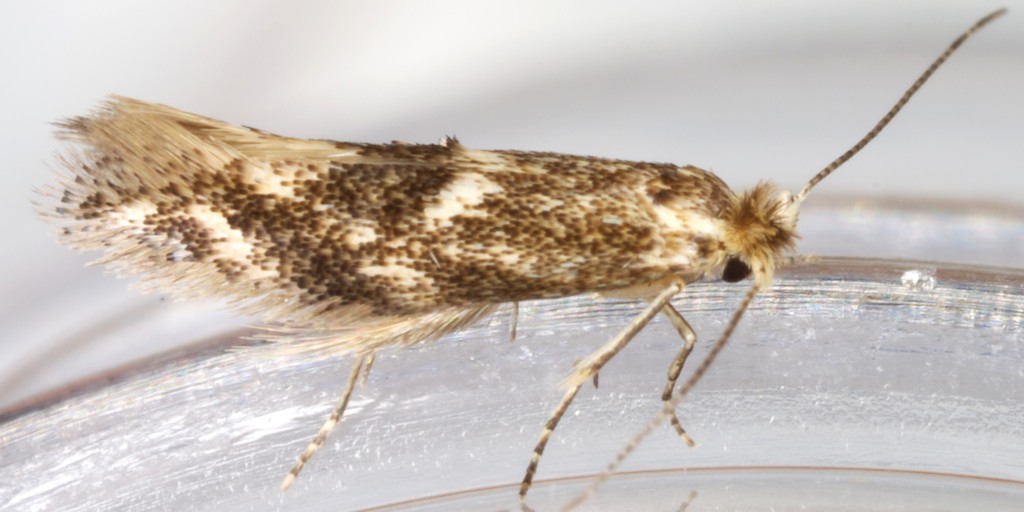 Bucculatrix demaryella §3
ID: Keyed in MBGBI2 as follow - Forewing not unicolorous, ground colour not yellow or dark fuscous; head brown; costa of fw with 3 dark spots.
As for other Bucculatrix species, I have found this key to be not especially helpful.
I trapped at least 10 individuals between 02 and 04/07/2011 in Kinlochleven, Argyll. I dissected and examined the genitalia of 2 males and 2 females - ensuring that at least individuals of each sex were from the same species, in what follows I am assuming that the males and females are the same species.
External features: B.cristatella has a uniformly grey fw. B.nigricomella has a black head tuft. B.maritima has a brown eyecap (and only just reaches into S.Scotland). B.humiliella (=B.capreella in MBGBI2) has a white vertex variably mixed fuscous and yellow-brown and usually has a conspicuous black dorsal spot at 1/12 and a similar but more diffuse black costal spot at 3/4. B.frangutella has a white vertex sometimes thinly mixed fuscous and is not known to occur in Scotland. B.albedinella has a white thorax thinly irrorate fuscous while B.demaryella has a yellowish white thorax variably mixed brown; B.albedinella is not known to occur in Scotland. B.cidarella has dark fuscous forewing with 4 discrete white spots. B.thoracella has a yellow thorax and yellow ground colour to forewing; it is not known to occur in Scotland. B.ulmella has an orange/ochreous vertex tuft and is the only external feature that convincingly excludes this species here. B.ulmifoliae was considered conspecific with B.albedinella and not known in Britain at the time of writing of MBGBI2 - I am assuming it can be excluded as for B.albedinella. B.bechsteinella has whitish vertex variably mixed fuscous and should have a whiter thorax, a whiter forewing especially basally and a whitish antenna annulate fuscous; it is not known to occur this far north in Scotland. B.demaryella has the eyecaps yellowish white mixed pale brown but is otherwise not possible to exclude on external features and the brown vertex certainly favours B.demaryella. So I am reasonably confident that on external features this can should be B.demaryella.
Male genitalia: Moth Dissection shows images of all except B.humiliella and B.ulimfoliae. The images here closely resemble those shown for B.demaryella and are quite unlike those shown for all other species.
Female genitalia: Moth Dissection shows images of all except B.maritima, B.humiliella and B.ulimfoliae. The images here are virtually identical to those shown for B.demaryella.
OK so it is B.demaryella - but MBGBI2 gives the flight period as May to early June and here we have fresh specimens in early July. It may be that the quoted flight season applies to southern GB and is later this far north.
<
> 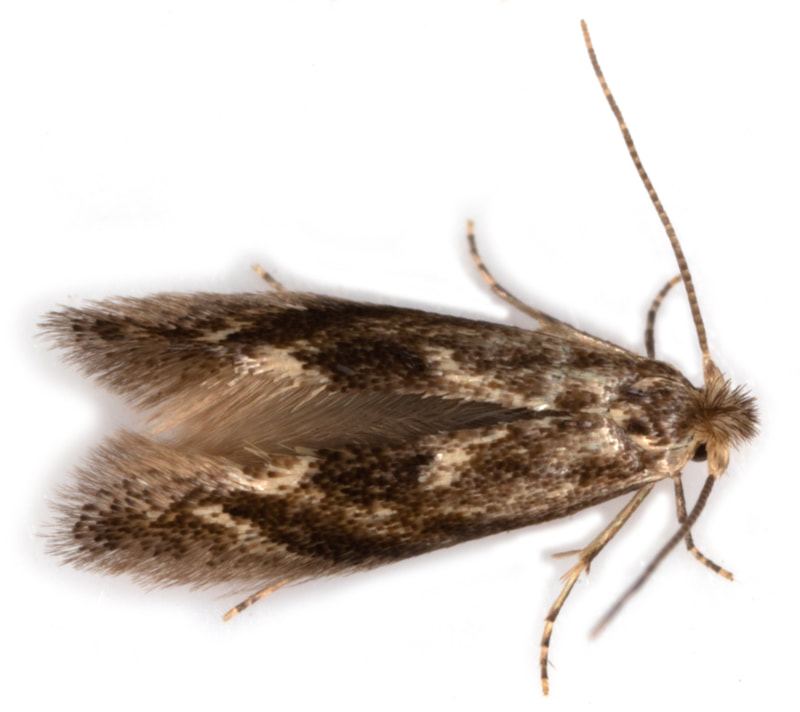 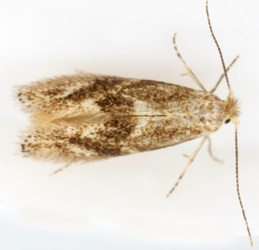 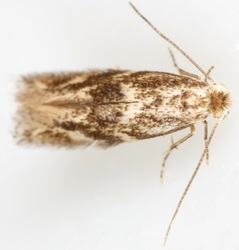 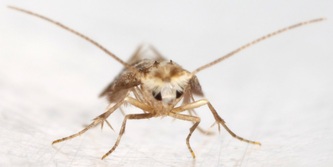 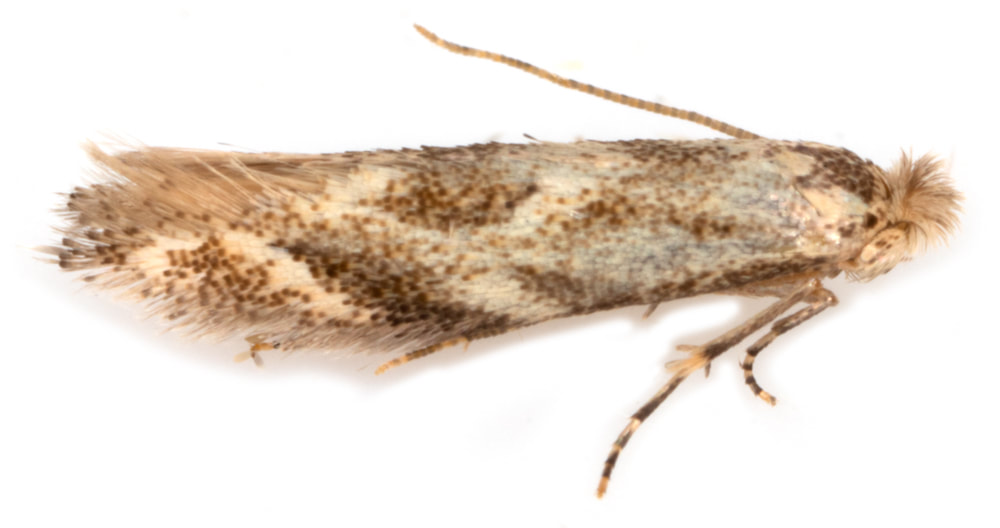 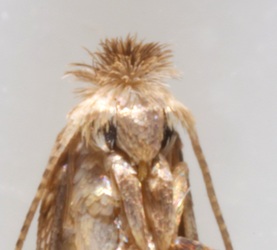 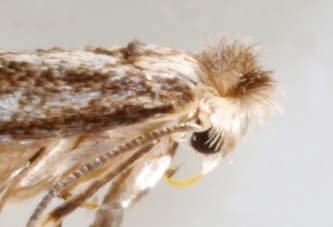 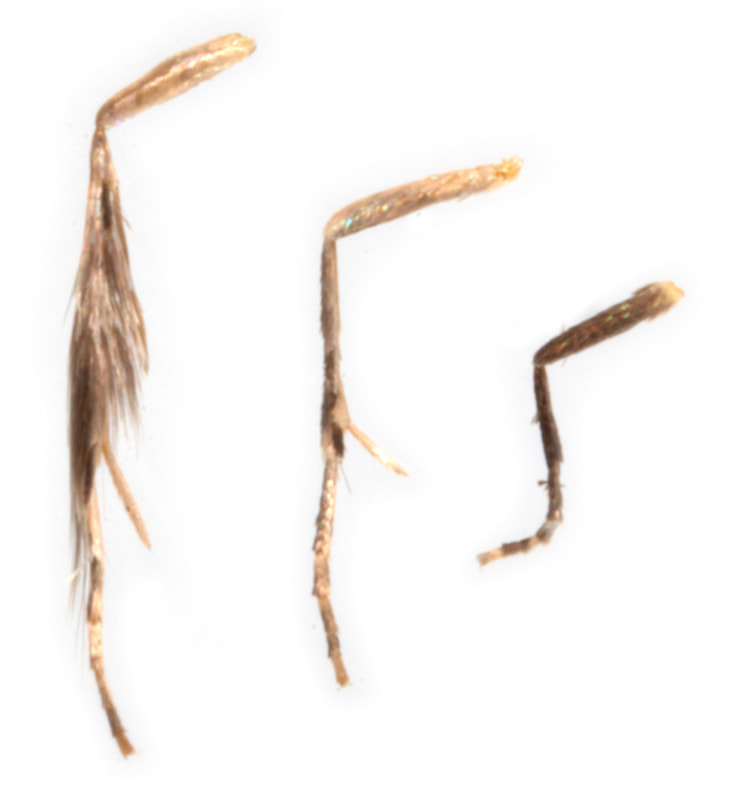 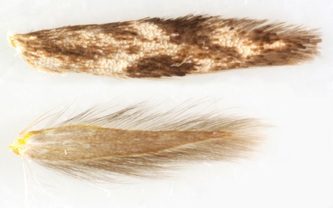 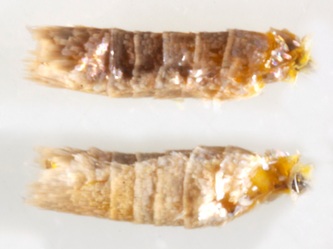 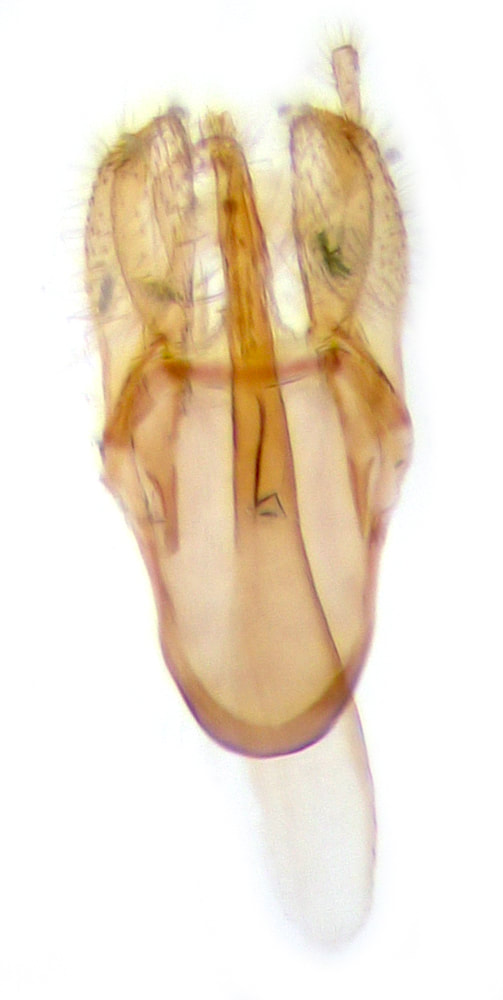 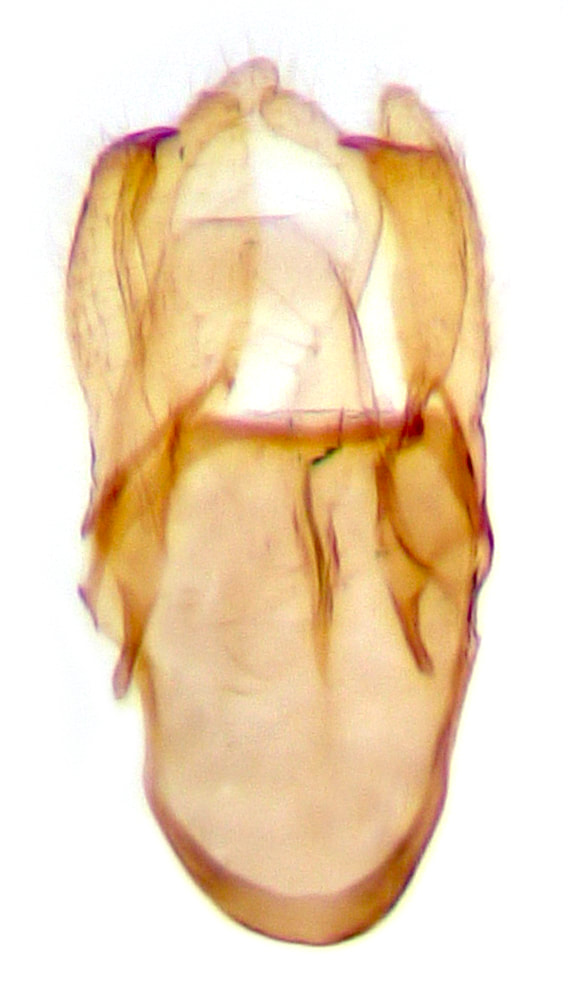 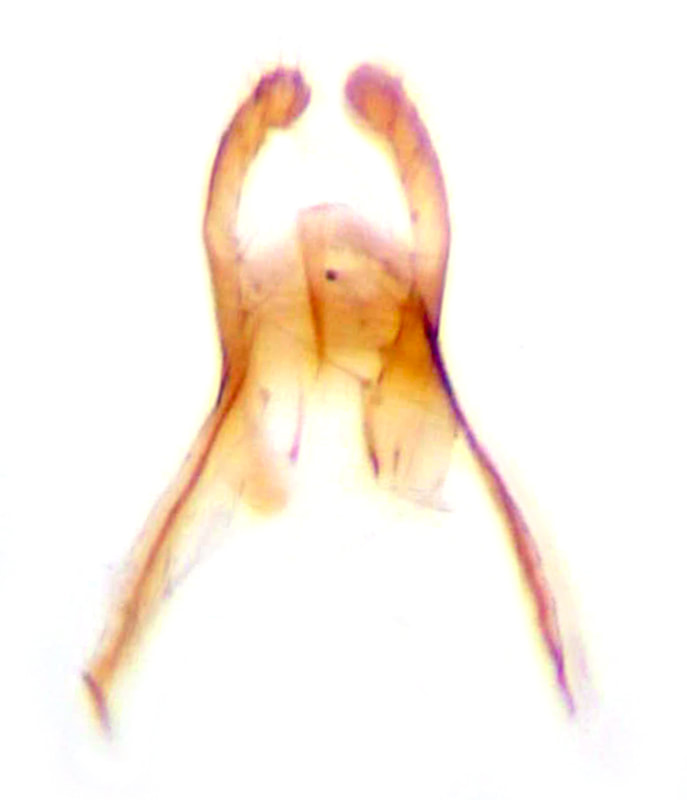 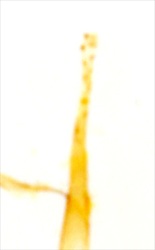 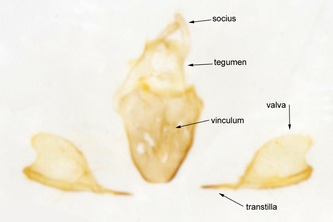 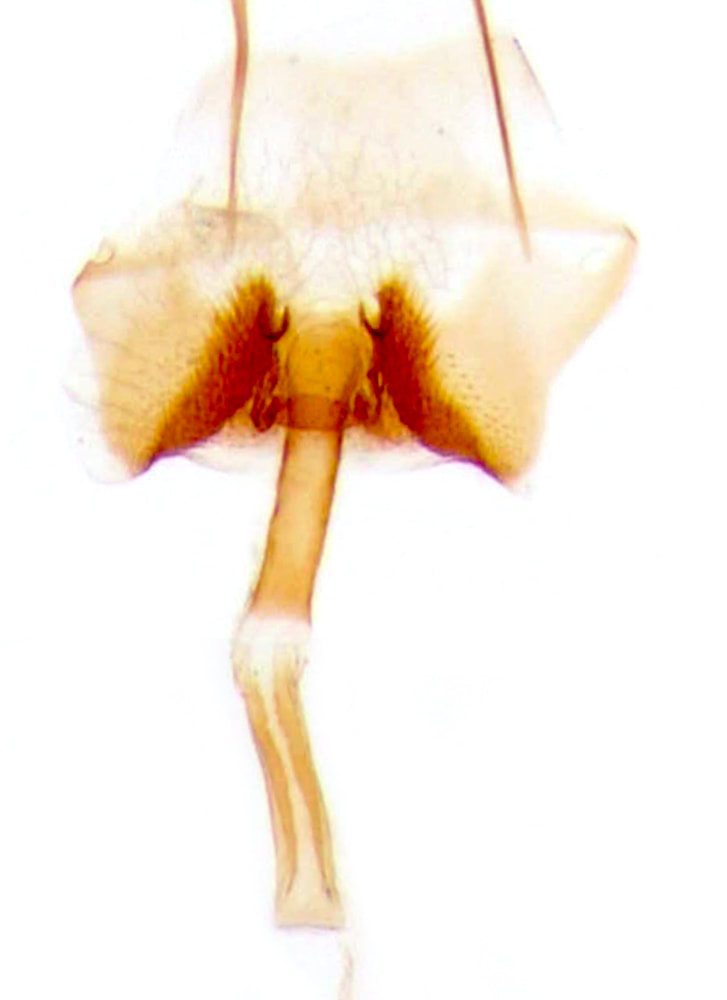 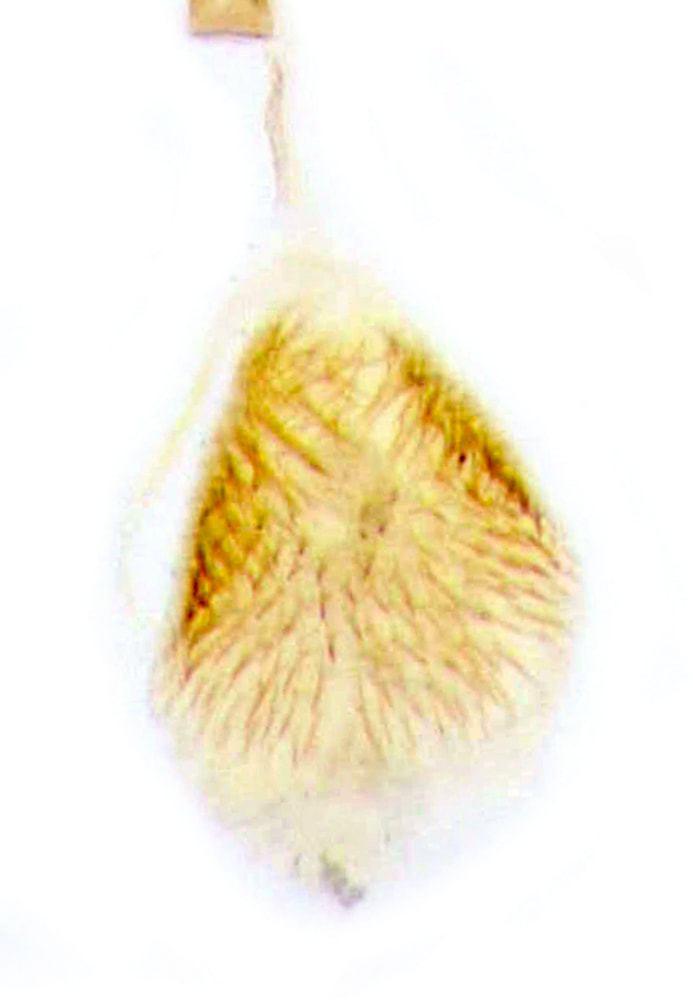 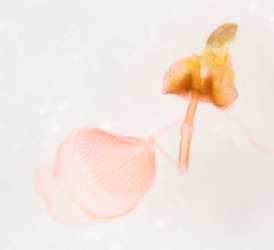