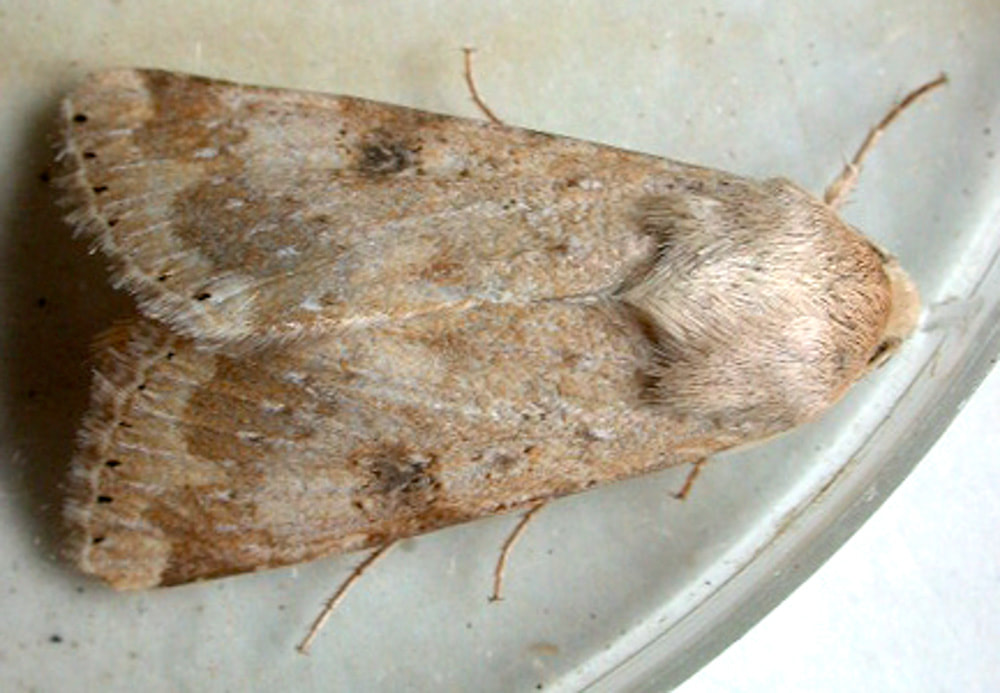 Heliothis nubigera (Eastern Bordered Straw) §1 male (image provided by Mick scott)
ID: Similar to pale forms of H.peltigera (Bordered Straw) and H.armigera (Scarce Bordered Straw). The best external feature for distinguishing H.nubigera is the distal margin of the postmedian fascia which is distinctly sinuate with a deep notch around the centre and shallower concavities at the costal and dorsal ends. In both H.peltigera and H.armigera this margin is more smoothly curved with a shallow concavity at the costal end.
Male genitalia: Similar to H.peltigera; differ in that the valva of H.nubigera is hardly expanded at the cucullus; much more distinctly expanded in H.peltigera
<
> 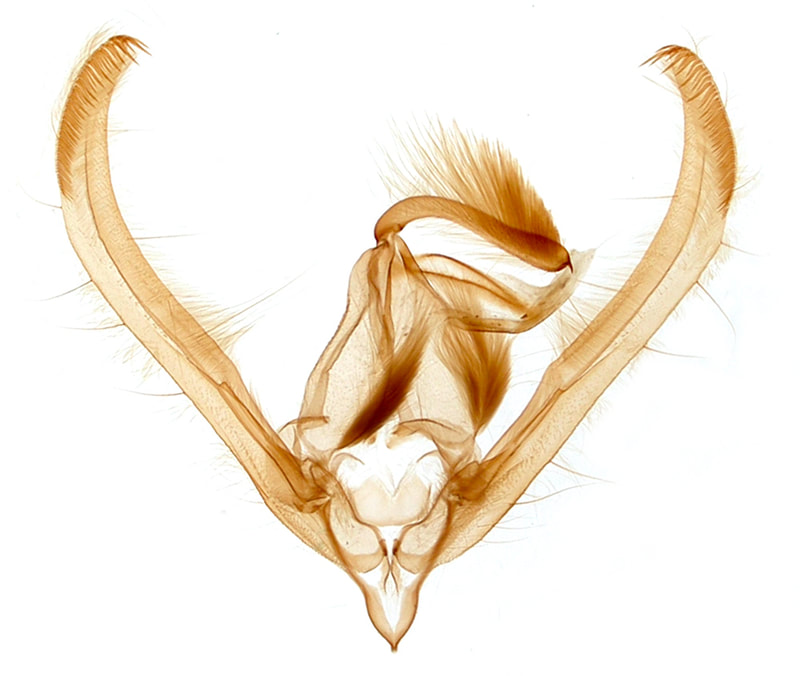 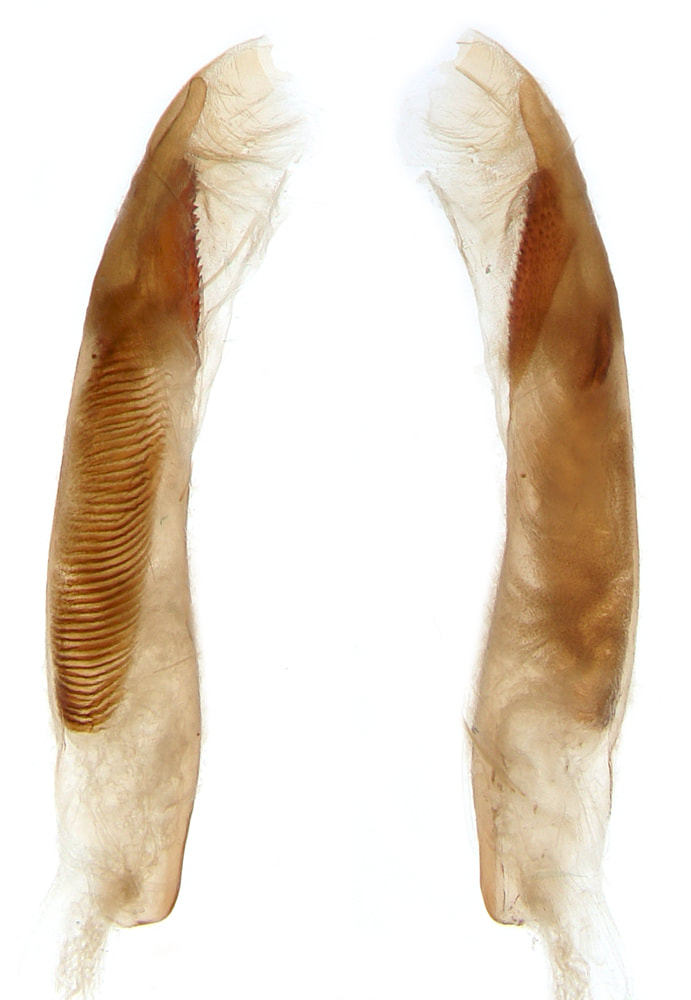 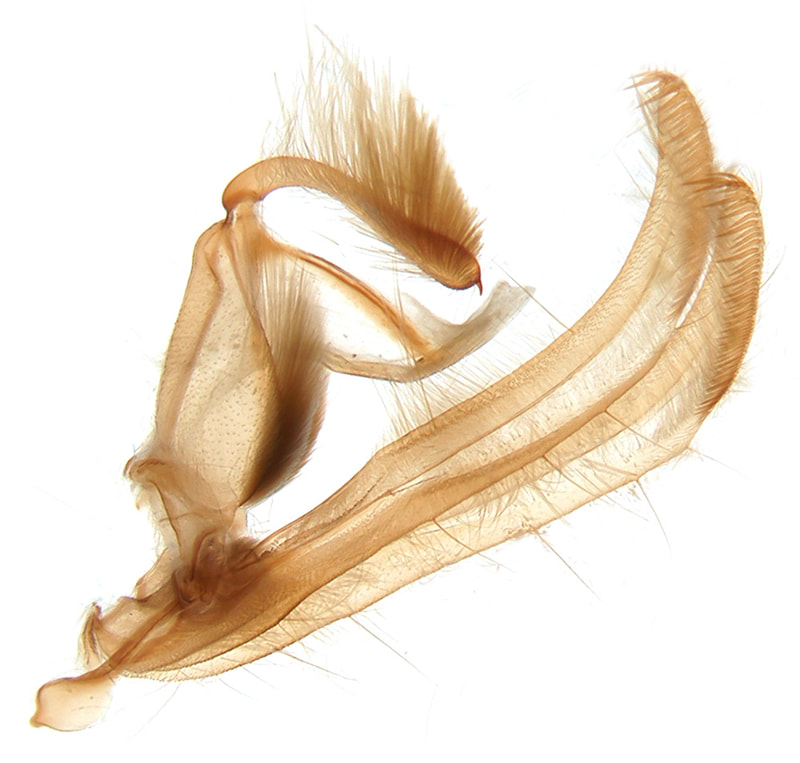 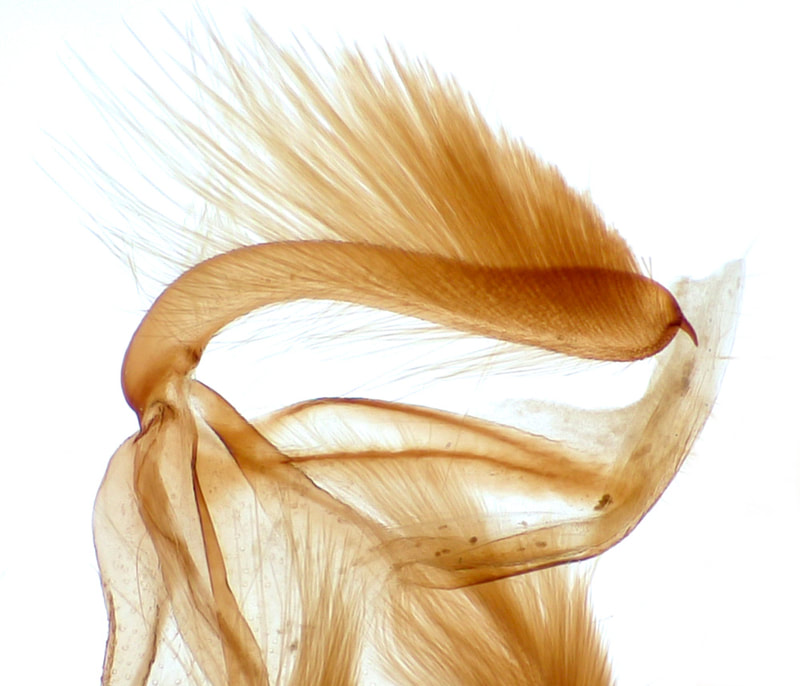 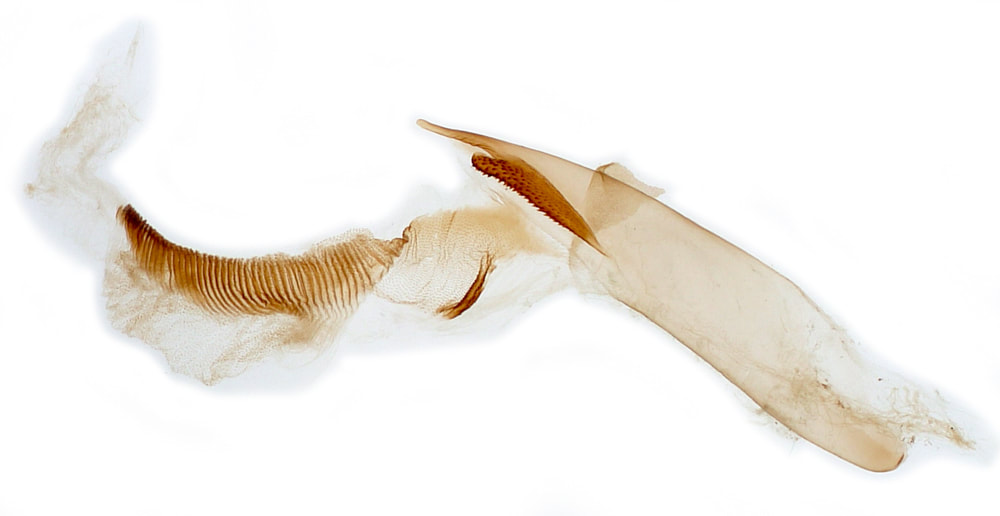