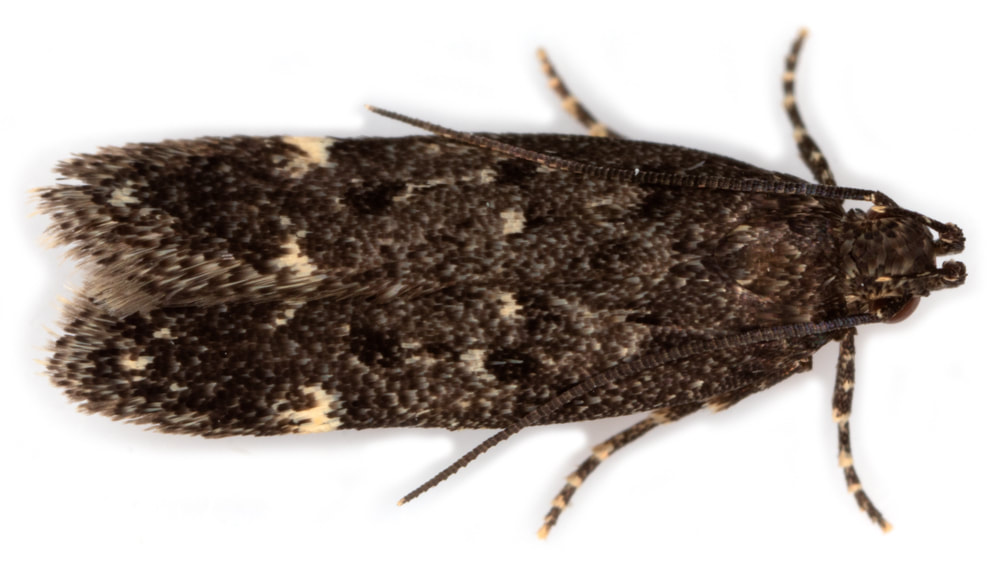 Neofriseria peliella §6 male
ID: Forewing blackish fuscous; black spots - small costal at base, central subbasal, 2 antemedian (discal distal to plical) edged distally with whitish scales, postmedian discal edged with whitish scales; whitish spots preapical and at tornus which may be extended to form an incomplete subterminal fascia. N.singula has the antemedian spots level with each other and has a paler greyish-fuscous forewing. N.peliella is found mainly on coastal shingle in Kent, but the Gelechiid recording scheme lists several inland records; N.singula is found on (mainly inland) heath and breck.
Male genitalia: S8 divided into dorsal and ventral plates; gnathos simple; valvae flat with bristles, divided into 3 lobes with a long curved harpe > Neofriseria. Both species are illustrated in MBGBI4.2 (figs 10h&i) and both are shown at Moth Dissection - I have been unable to discern any consistent difference between the male genitalia of the two species and none are described in either reference.
Female genitalia: Both species are illustrated in MBGBI4.2 (figs 32c&d), only N.peliella is shown at Moth Dissection. I difference is illustrated in the form of the signum, but I am not sure whether this is a valid discriminator between the species.
<
> 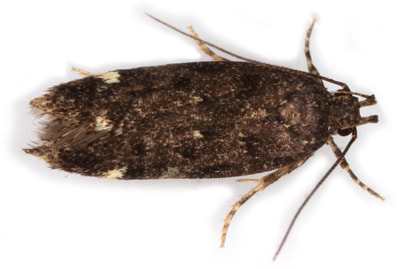 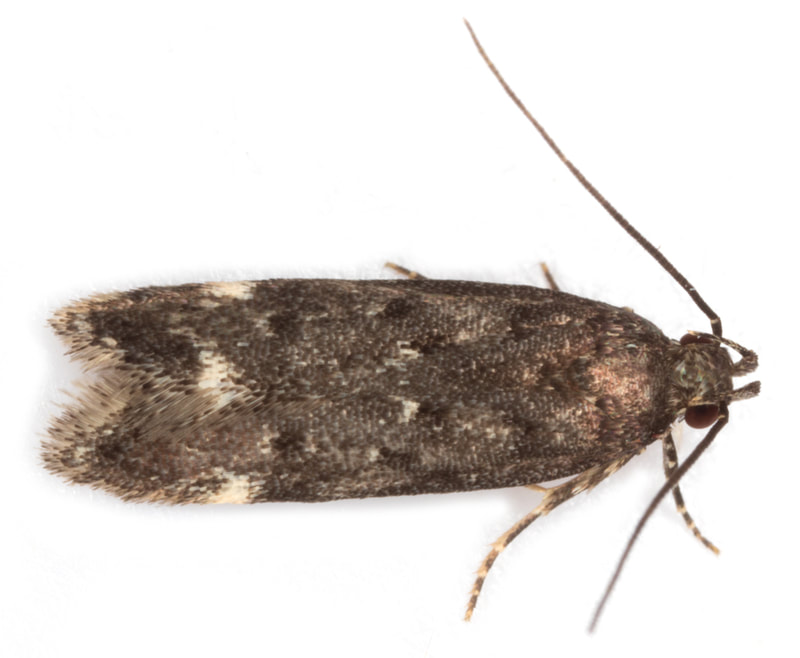 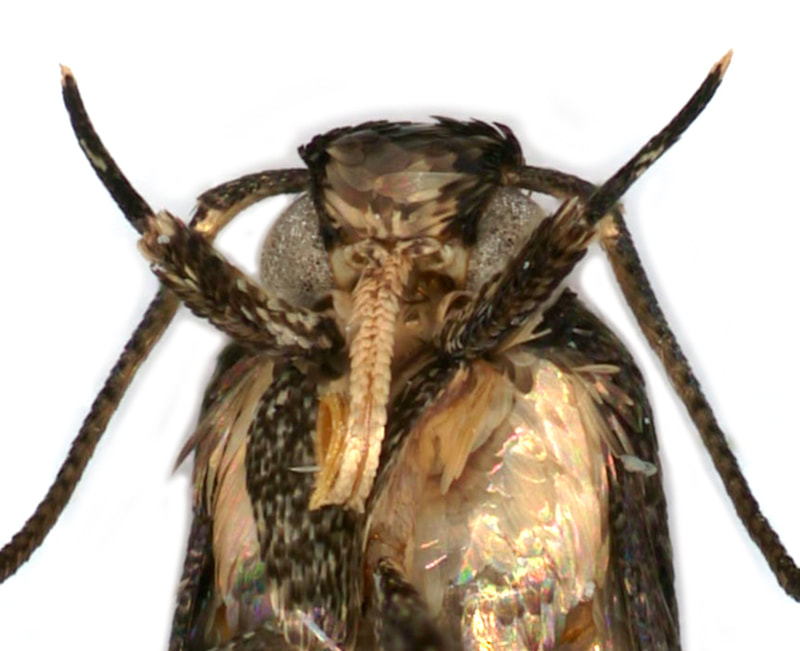 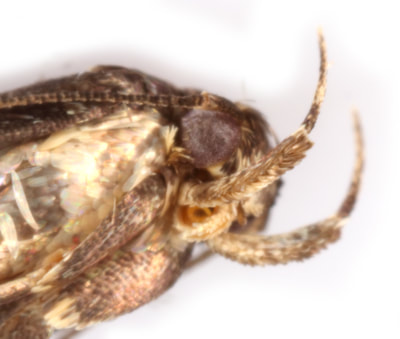 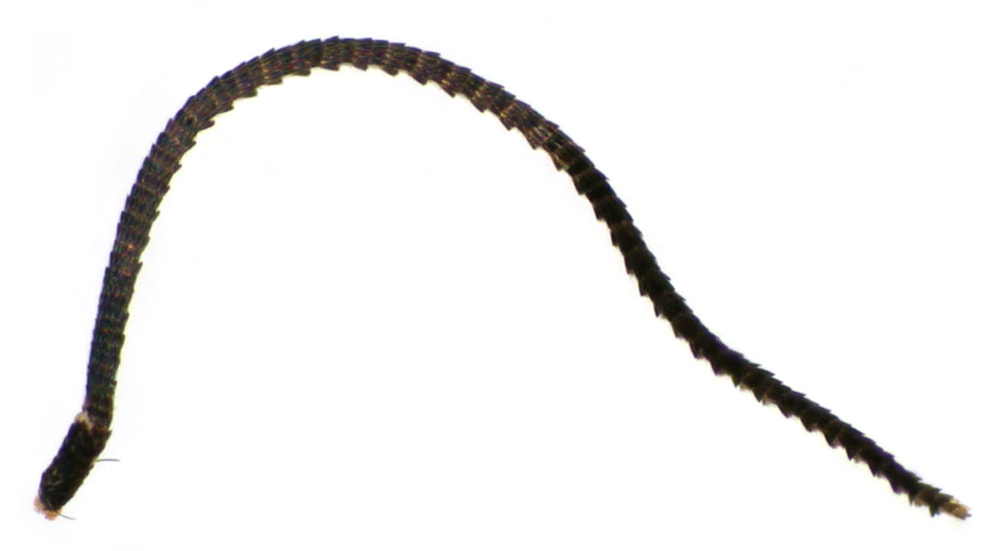 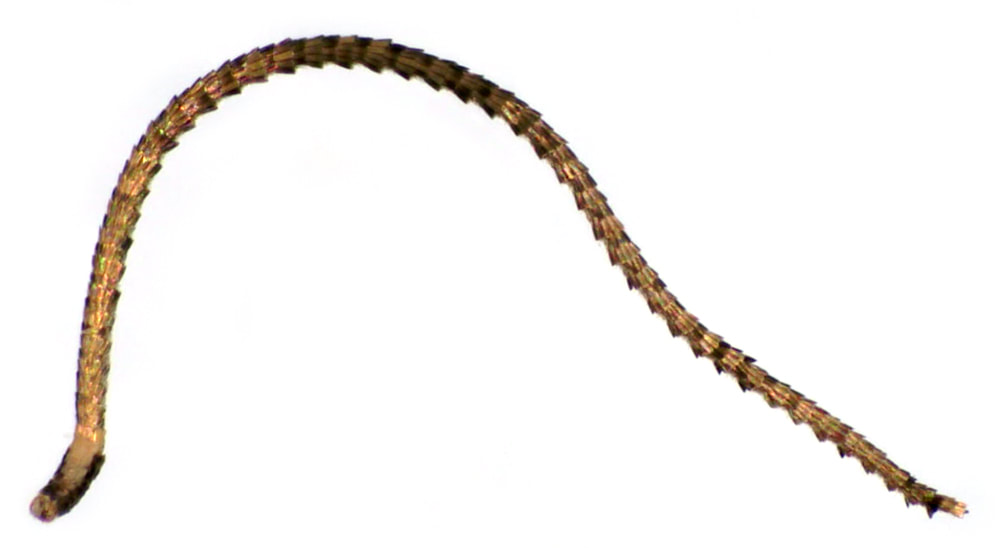 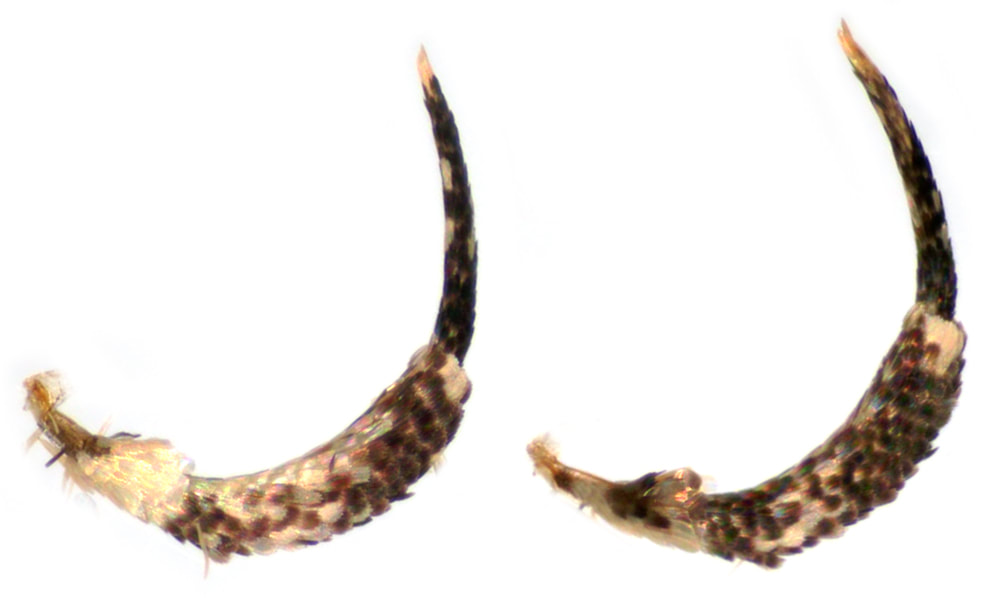 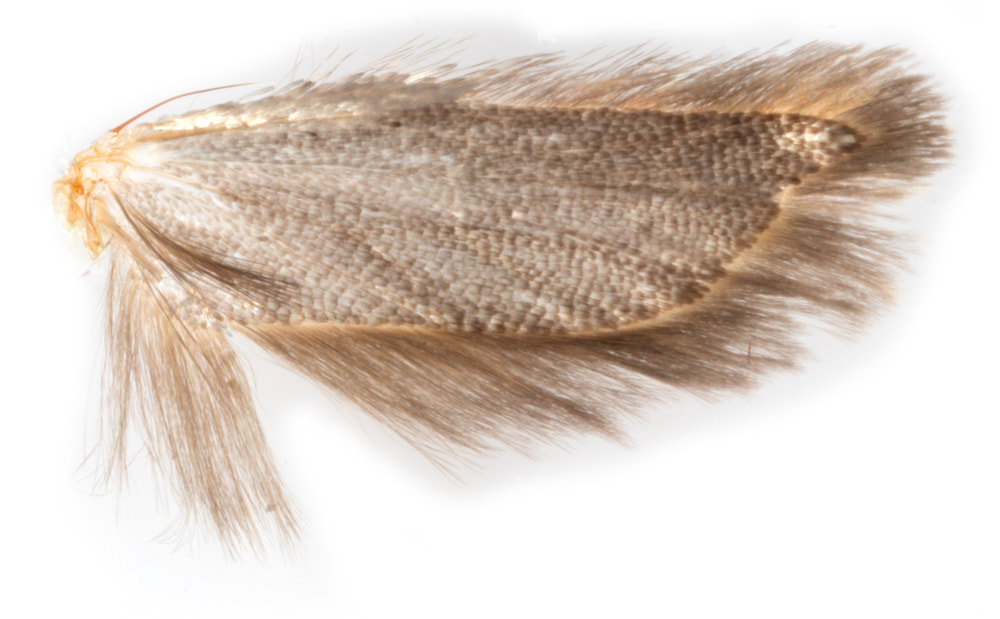 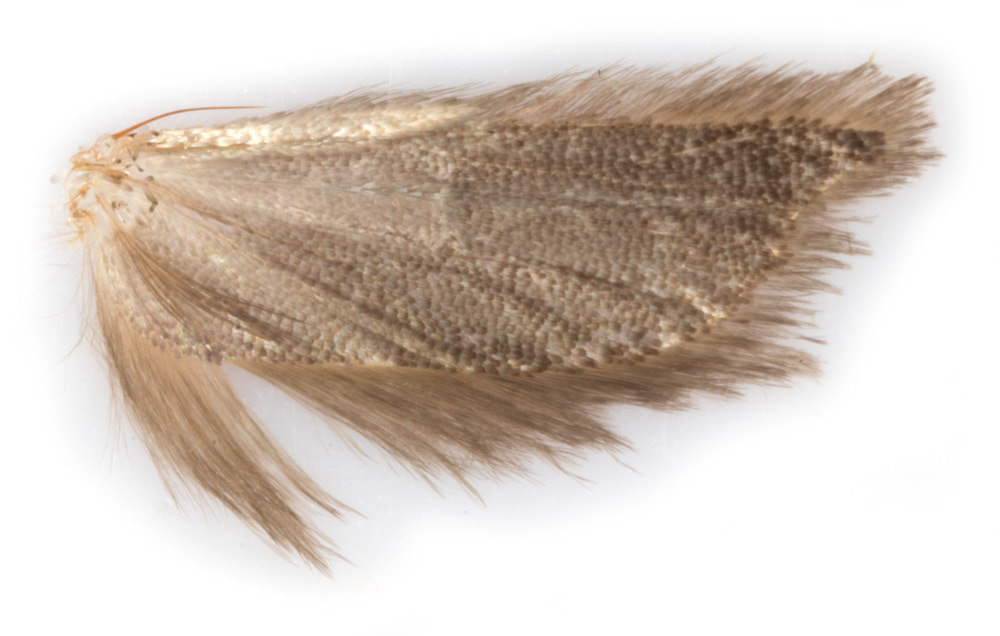 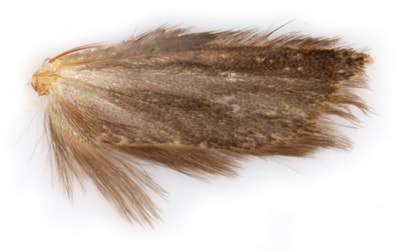 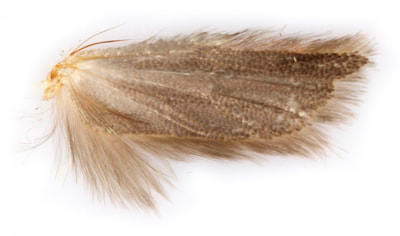 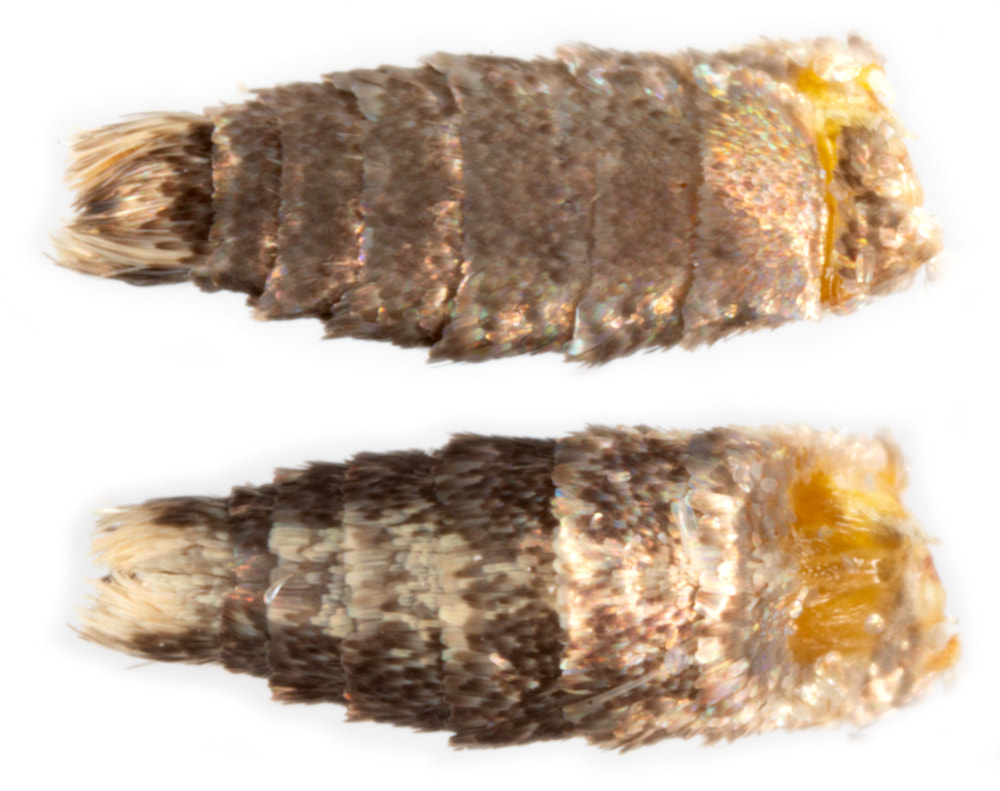 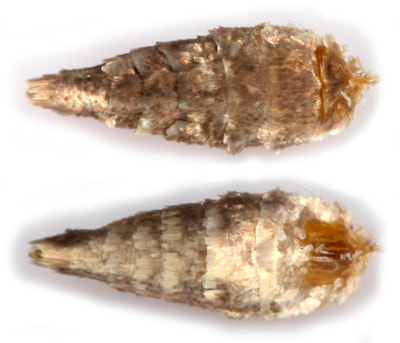 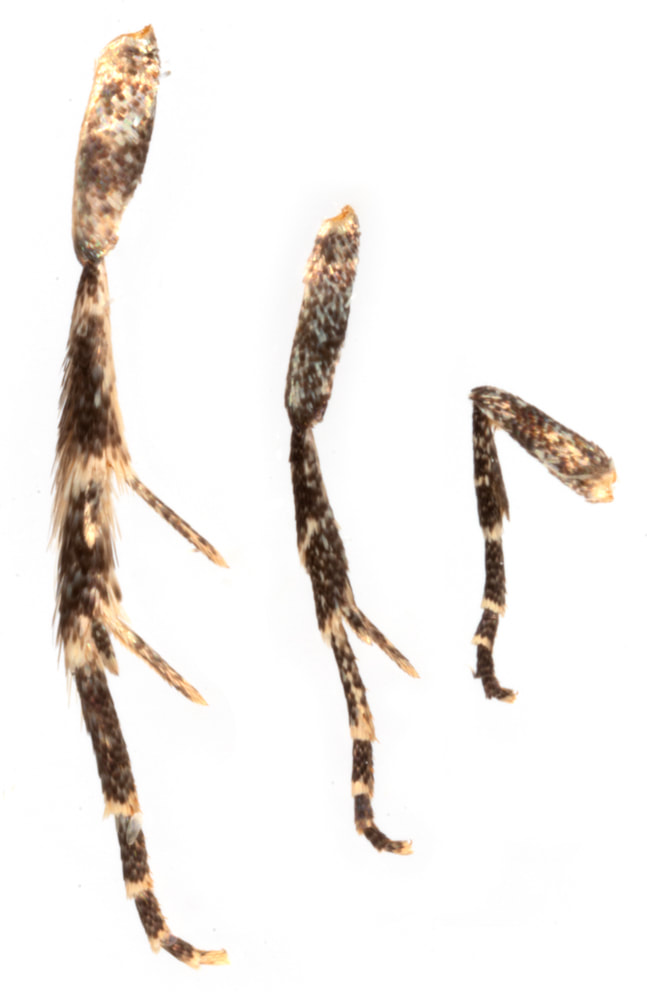 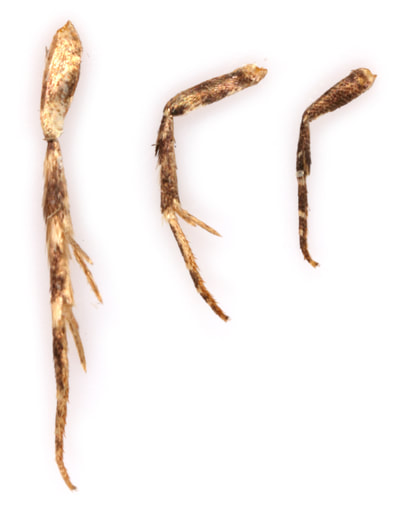 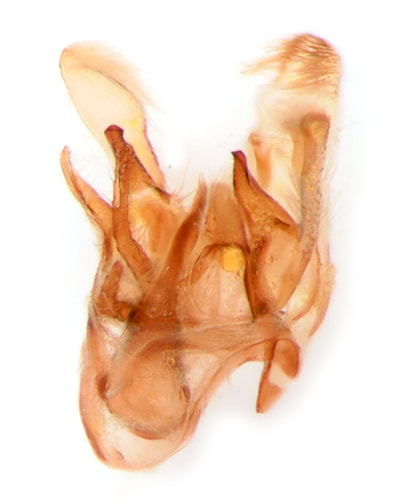 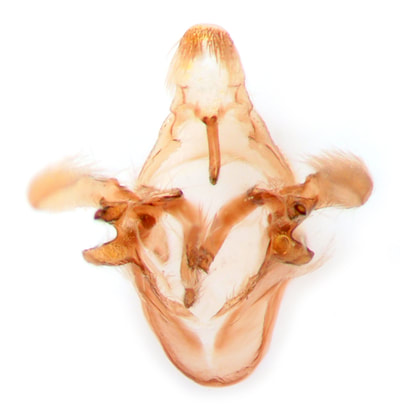 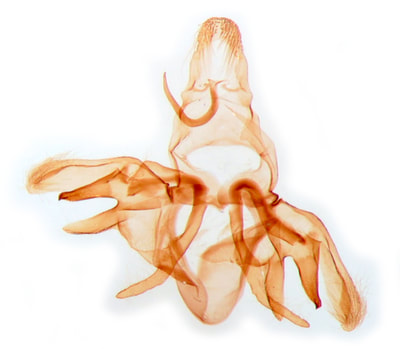 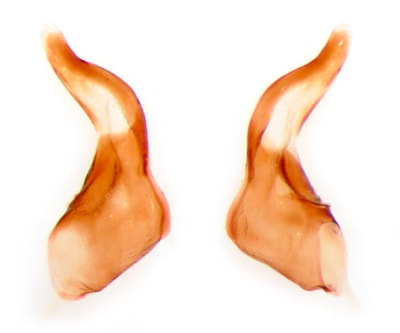 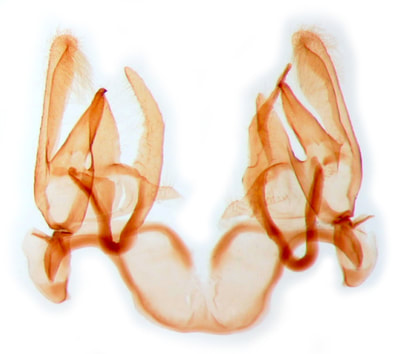 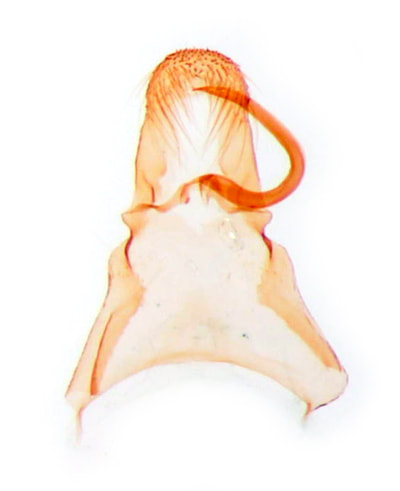 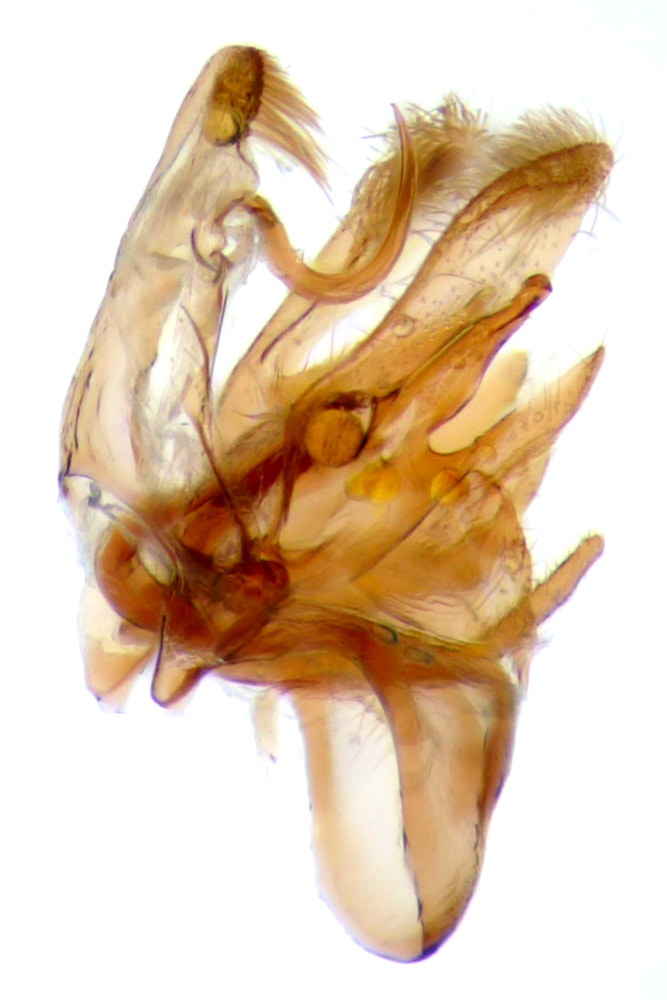 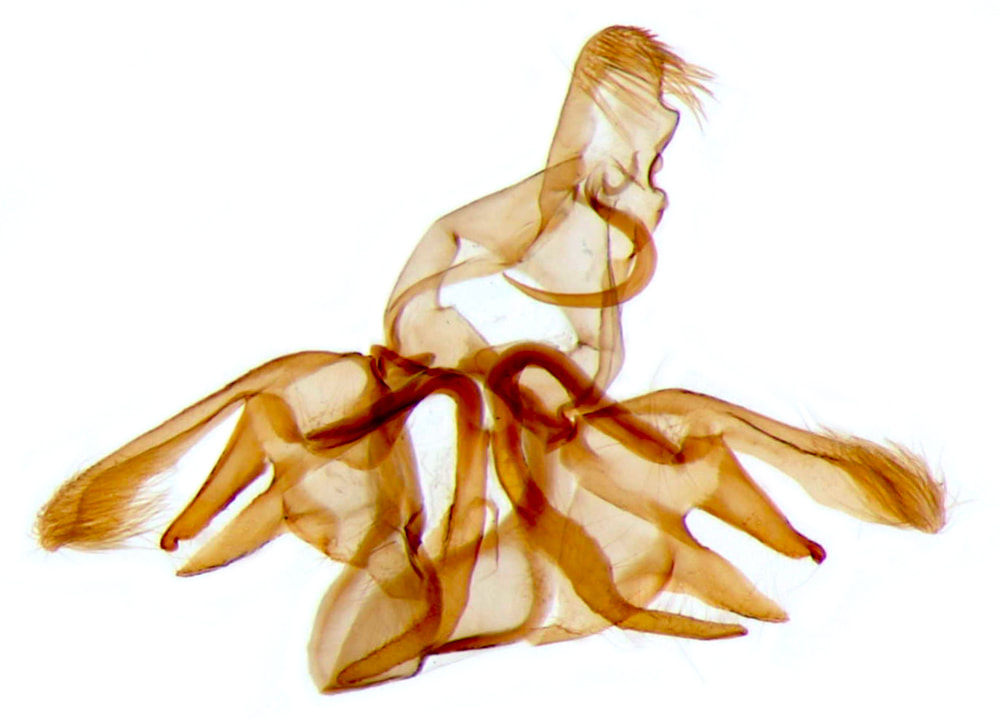 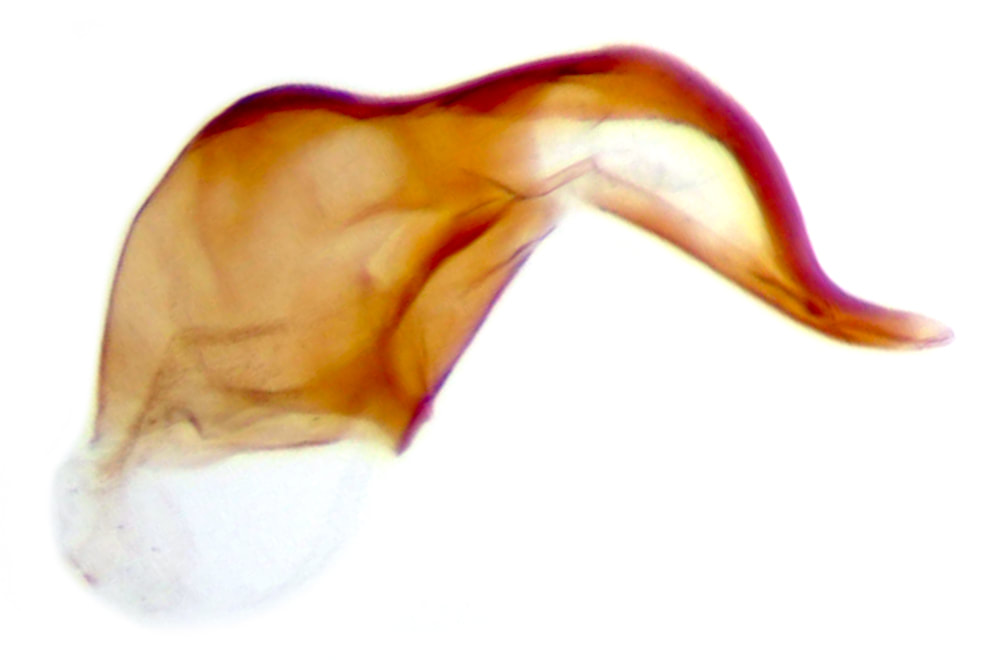 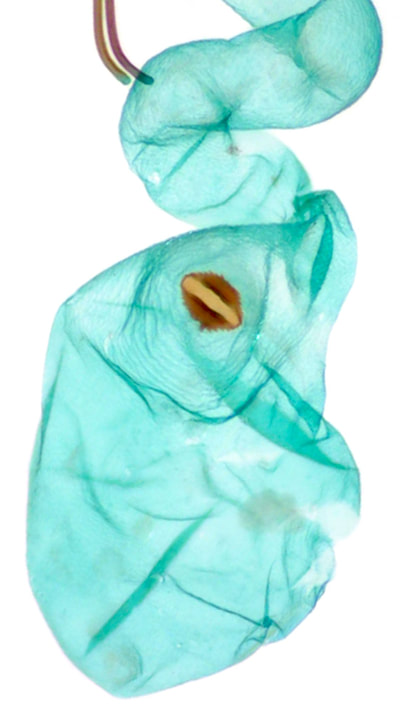 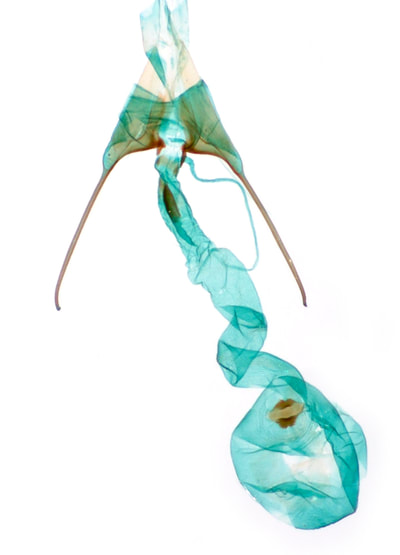 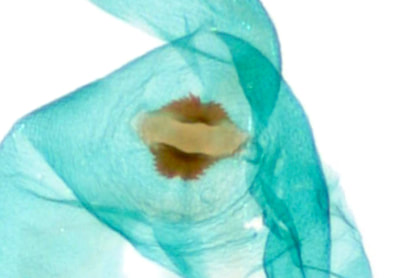