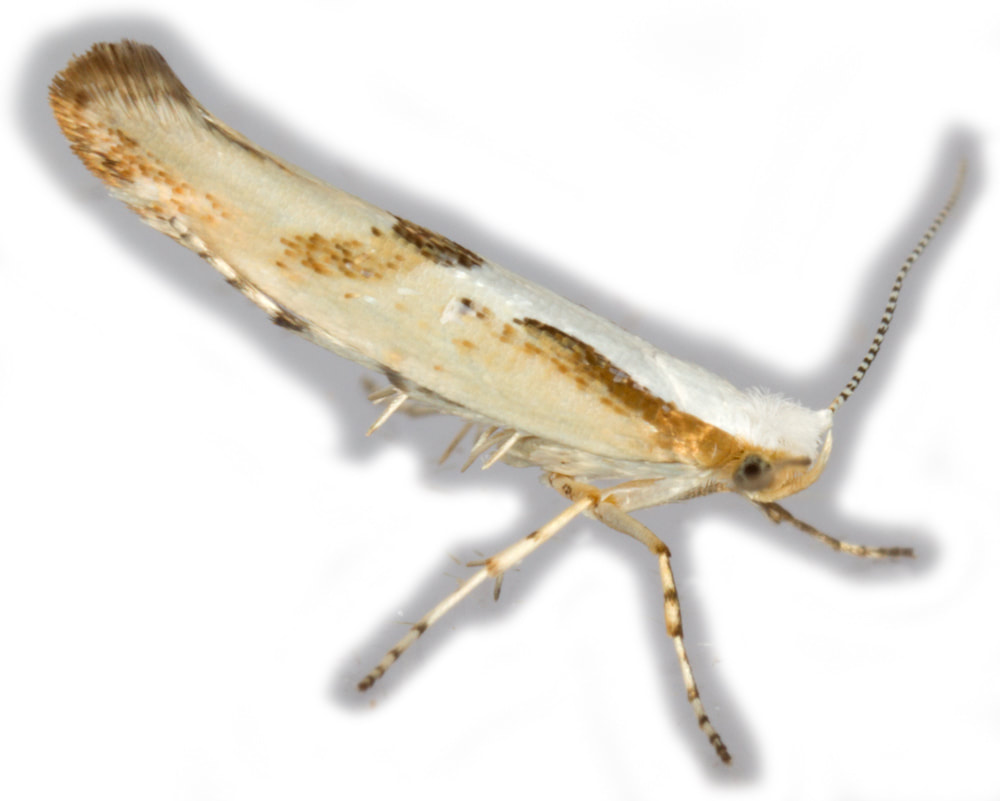 Argyresthia bonnetella §2 male
ID: There are 7 species of Argyresthia with a similar pattern of a white dorsal streak interrupted by a brown or fuscous spot or fascia at around 1/2 and with basal markings not confined to the costa (excludes A.ivella), without an additional white basal streak in fold (excludes A.abdominalis) and with the forewing not largely uniform in colour apart from the dorsal streak (excludes A.semifusca/albistria/semitestacella).
I find separation of these 7 species using the key in MBGBI2 to be somewhat confusing.
A.retinella has the dorsal streak impure, marked by some dark spots
A.sorbiella is larger (ws 11-13mm) (and has not been recorded in Essex?)
A.curvella (ws10-12mm) has greyish (rather than brown) forewing markings
A.conjugella (ws10-14mm) has dark fuscous markings tinged purple
A.spinosella (ws9-11mm) is said not to occur as the adult beyond mid-July and its markings are purplish fuscous
This leaves A.pruniella/bonnetella. According to MBGBI3 A.pruniella has the "median fascia pronounced, bent outwards to meet or nearly meet the costa before 3/4" while A.bonnetella has the "median fascia slender and curved towards termen, nearing costa towards apex"; in short the median fascia of A.pruniella is "broader and less oblique" than that of A.bonnetella.
Female genitalia: the signa of both species are shown at dissection group; however A.pruniella is shown only in the standard "flat' view and A.bonnetella is shown only in the "skyline" view - making the images impossible to compare.
So the ID of specimen §1 is not absolutely certain - but I do have a hawthorn and no cherry trees in my garden.
<
> 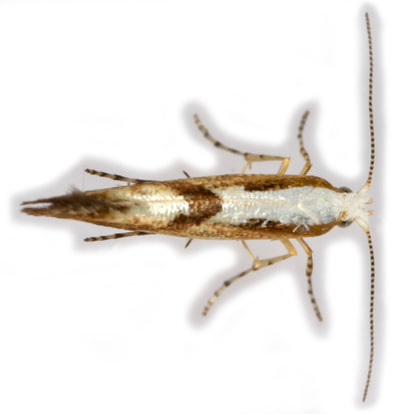 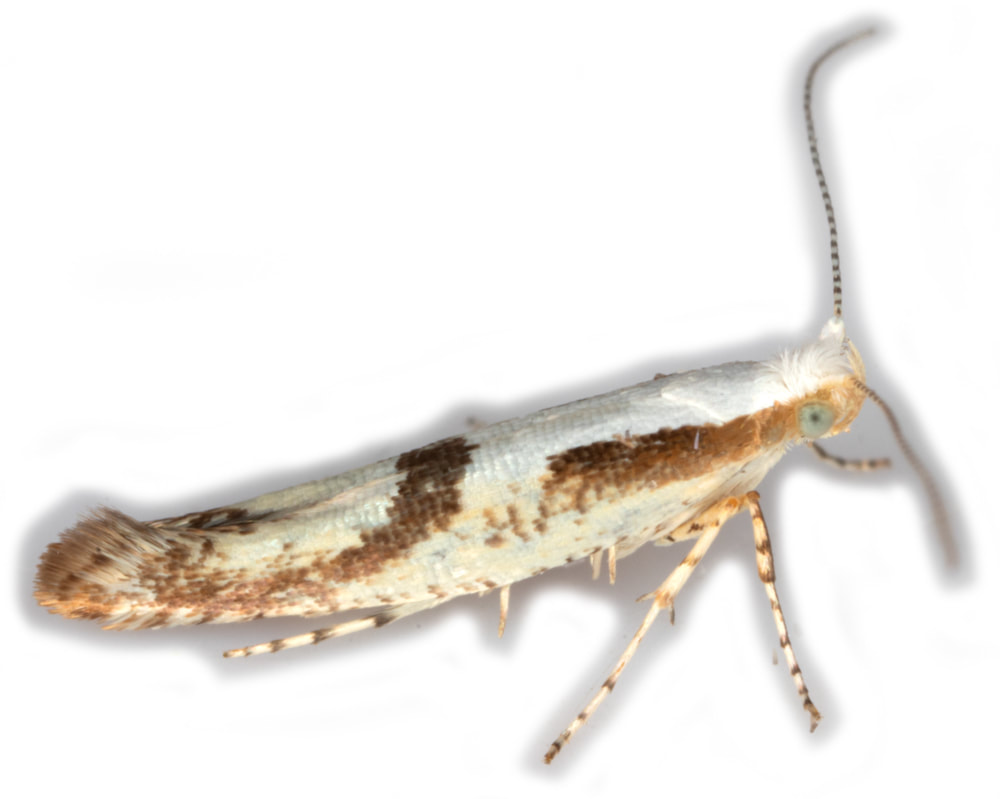 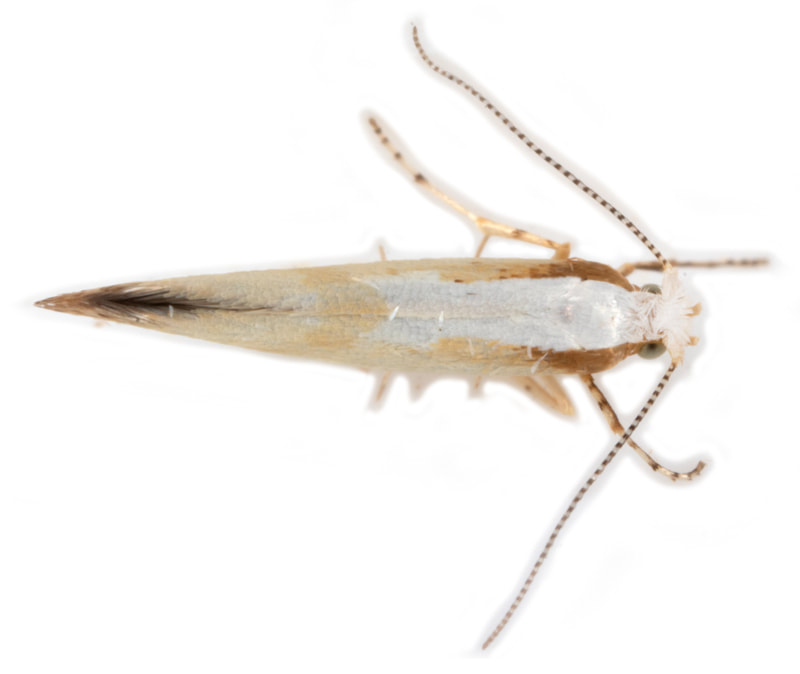 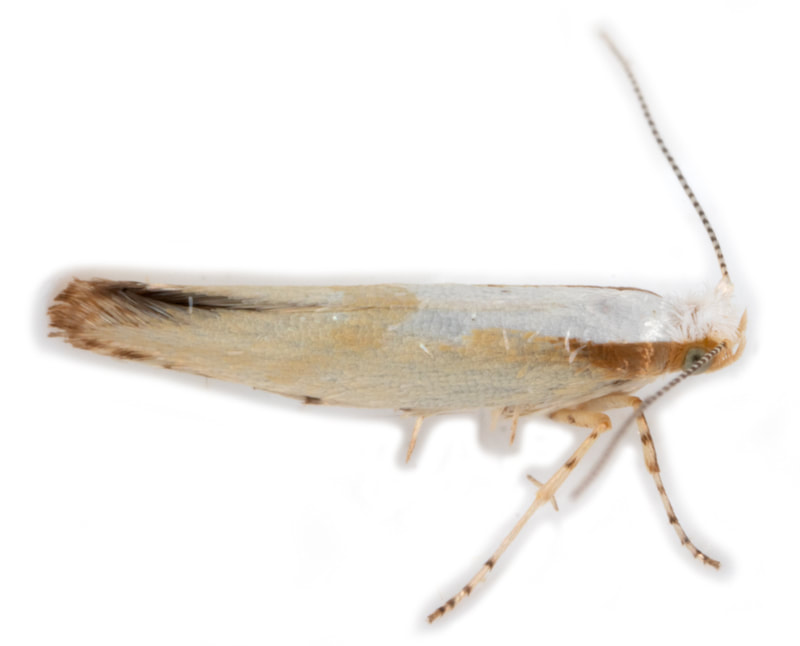 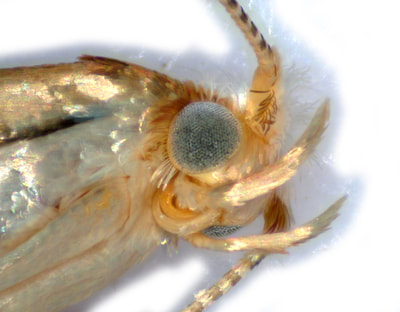 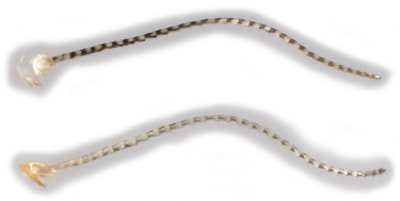 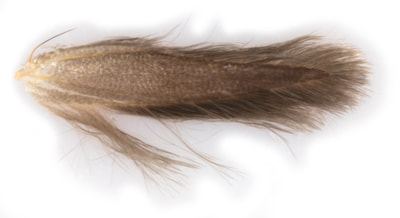 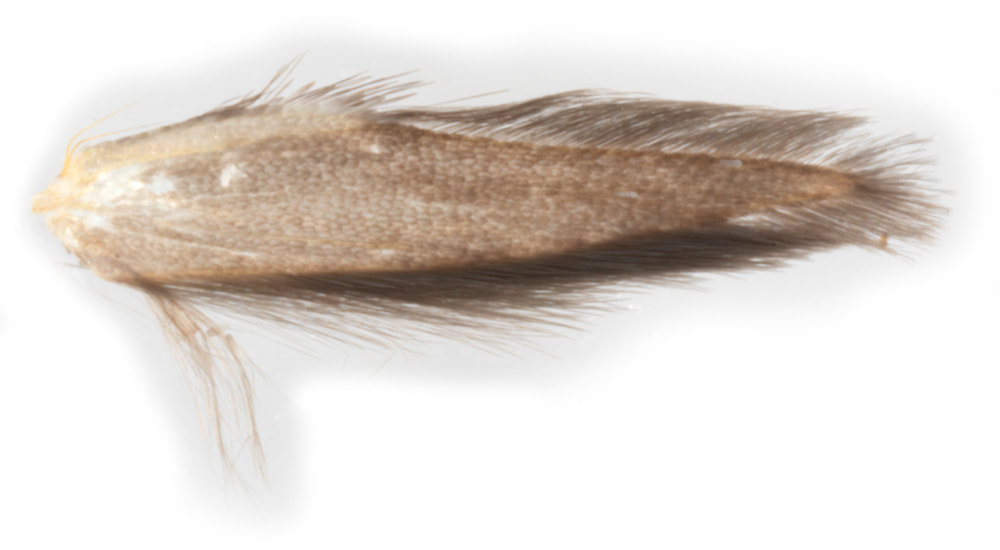 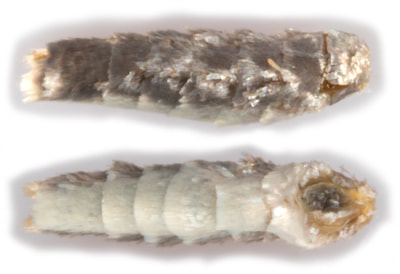 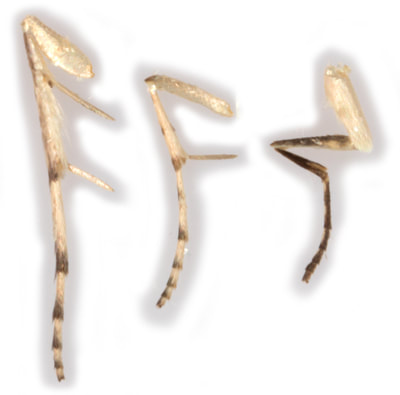 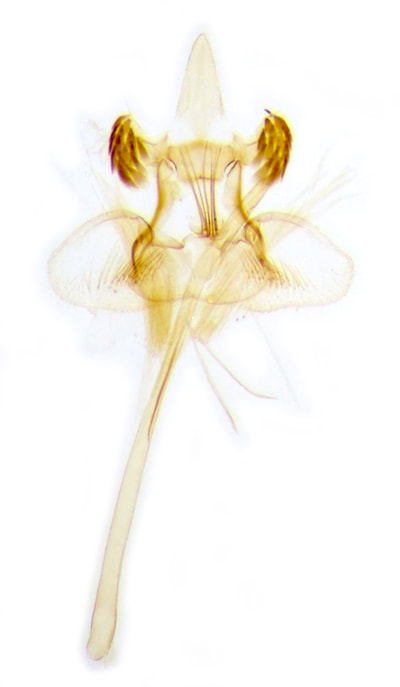 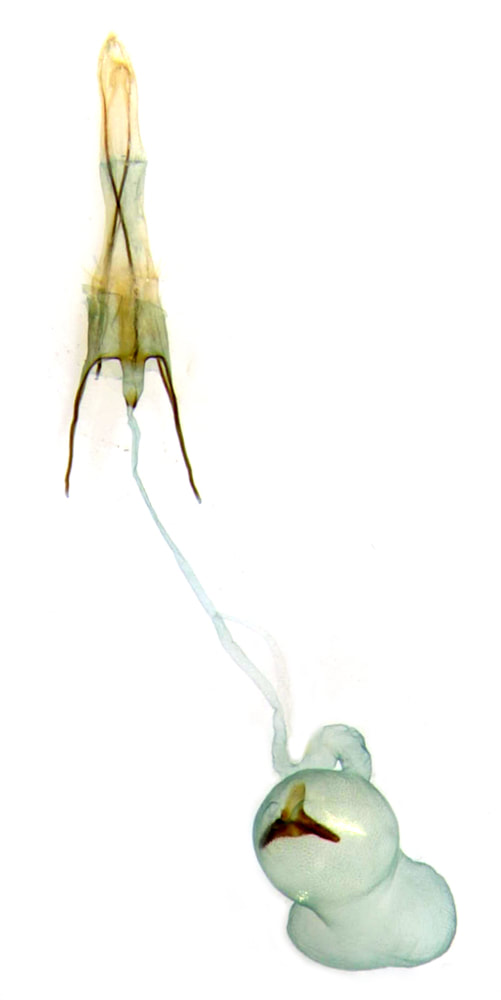 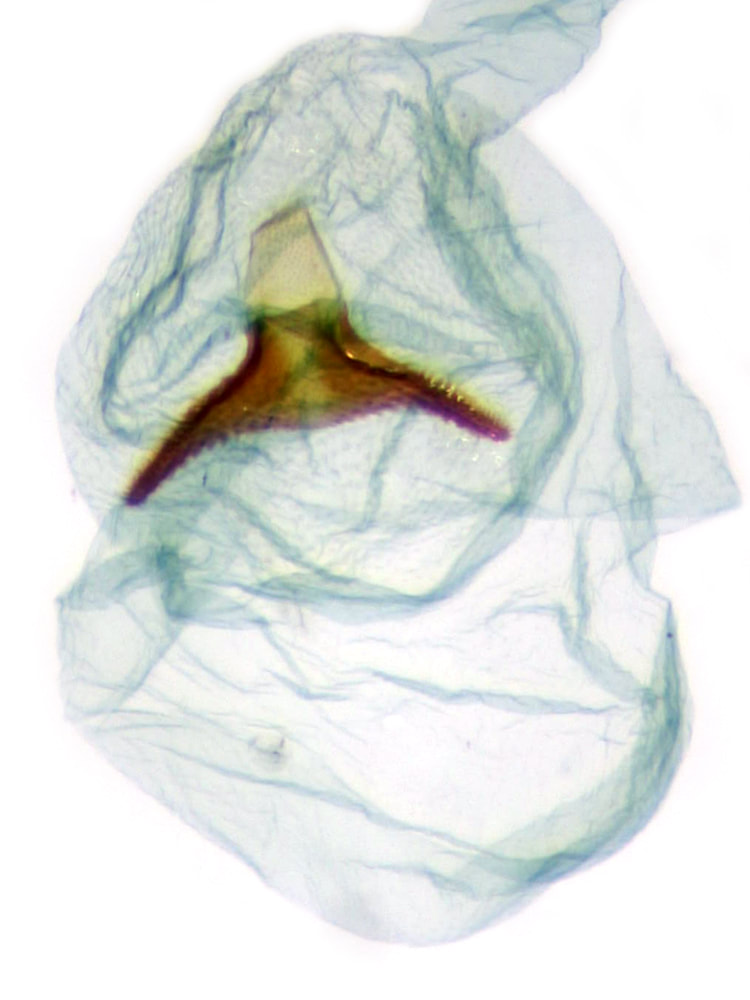 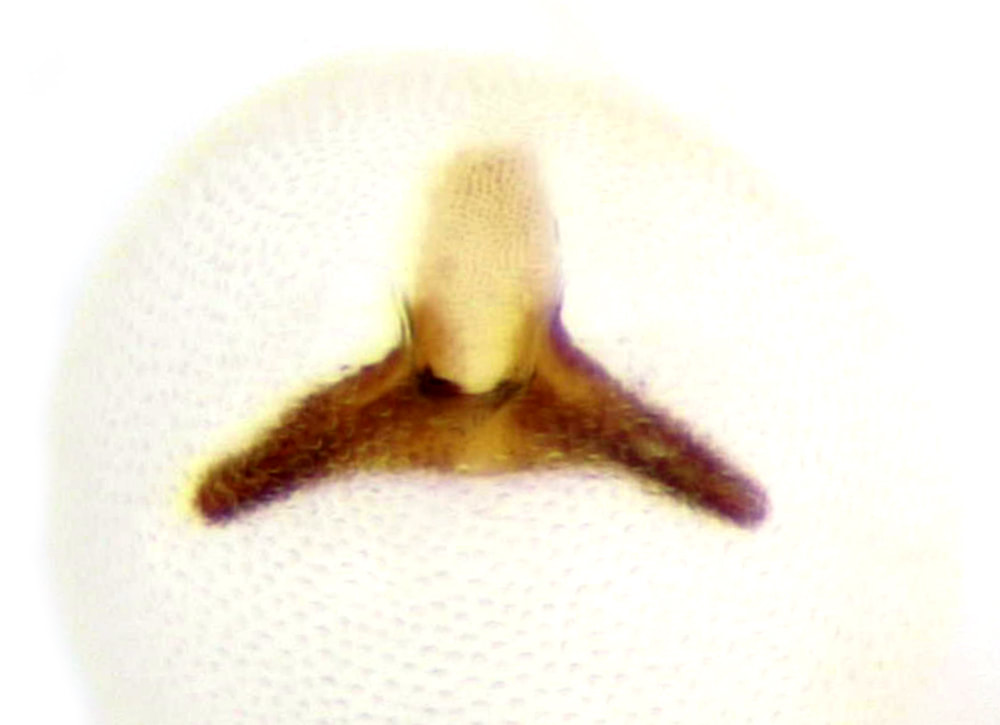 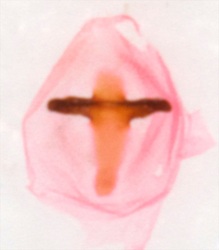 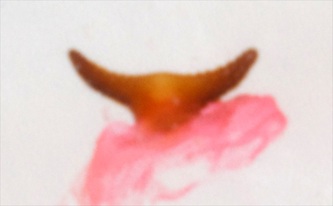