Ectoedemia heringella §1 male
ID: From provisional key to Trifurculini - Group B) species with a median dorsal pale spot only; forewing underside with an elongate patch of brown androconial scales. However §1 has a significant number of pale costal scales and has lost scales in the anterior 2/3 such that I did not initially look for it in this group. The androconial scales on both the forewing underside and hindwing upperside were striking, however, and Nepticuloidea.info states "male easily separated ... from most other species by patches of brown androconial scales on hindwing upperside and forewing underside".
Head with frontal tuft yellowish white to orange; collar yellowish white; antennae with 35 — 42 segments (39 in §1); scape with some brown scales in posterior distal corner; thorax and forewings brown with some scattered white scales; medial dorsal spot white, some white scales along costa, not forming a distinct costal spot; hindwing without hair-pencil, but with costal bristles.
Male genitalia: tegumen broad and rounded; gnathos with central element divided, distal part spatulate, basal part with serrate margin; valva with inner margin almost straight or concave, tip prominent, slightly truncate; aedeagus carinae single, bi- or trifurcate. See image at Dissection Group
Female genitalia: The most apparent difference between this species and E.subbimaculella is in the number of reticulations across the width of a signum - 7-8 at its broadest part in E.heringella, 4-5 in E.subbimaculella. 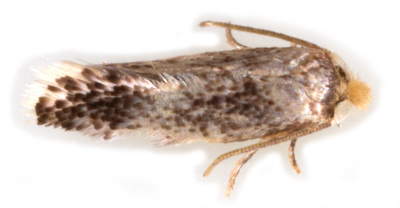 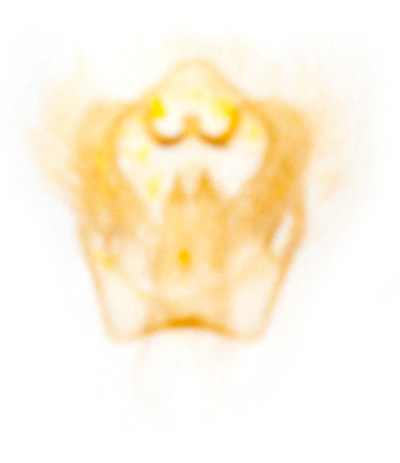 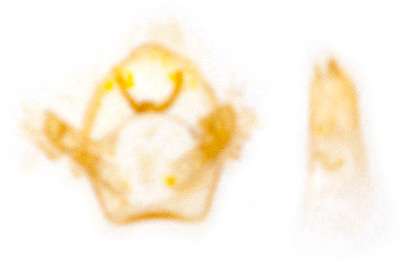 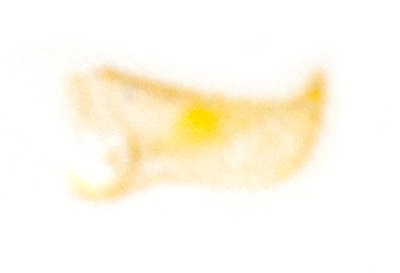