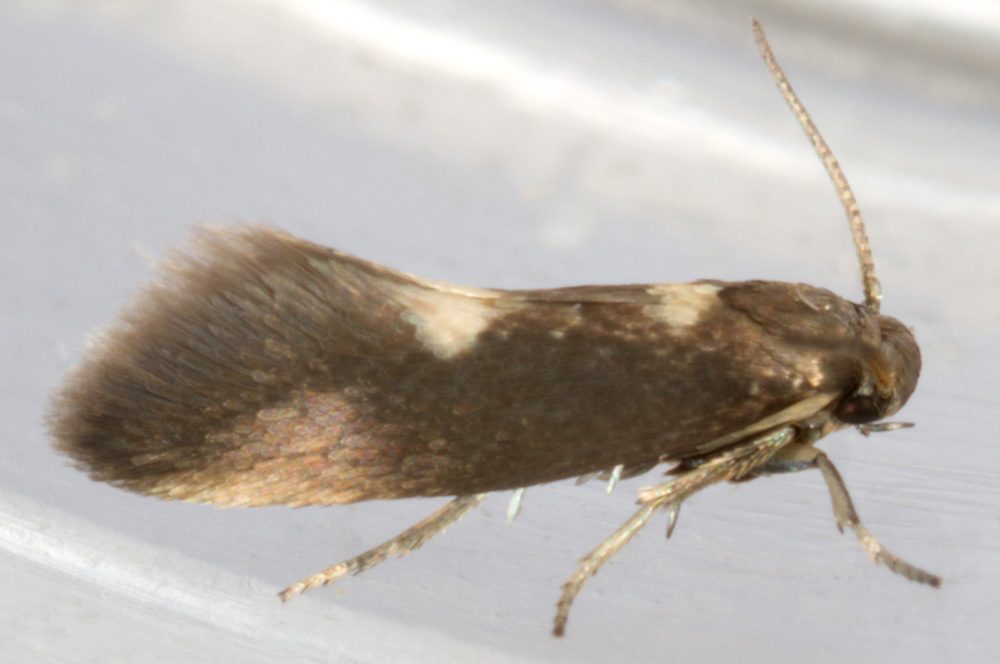 Heliozela sericiella §1 male
ID: Similarly marked Incurvaria species are much larger. Antispila species have more extensive, silver-metallic markings. The 3 Heliozela species are almost identical with H.sericiella being a shade greyer than H.resplendella and H.hammoniella which are dark bronzy fuscous; genital dissection is required to identify the species (though proximity to the host plant may be a guide). Both sexes of all three species are shown (but not described) at Dissection Group.
Male genitalia: All three species possess a structure at the junction of sacculus(?) and valvula(?). Based on comparison of images at Dissection Group - in H.sericiella this structure is 'solid', dark and has a long peduncle; in H.hammoniella it is pectinate, dark (due to the tines being sclerotised to the apex) and sessile with a narrow base; in H.resplendella it is pectinate, pale with a dark basal line (due to the tines being well sclerotised at the base only) and possibly has a short peduncle. In the aedeagus H.sericiella has a scobinate area at ~1/3 from the apex (this area is not shown for the other two species); H.sericiella has a fairly evenly rounded base (bulb); H.hammoniella has a straight but obliquely truncate base; H.resplendella has an expansion at the base which comes to an acute angle on one side.
Female genitalia: All three species are shown at Moth Dissection. A difference is shown in the shape of the apex of the posterior apophyses with H.resplendella having the apex produced into a short narrow point; H.sericiella having a blunter apex (with the two sides at ~90° to each other); and H.hammoniella having a pointed (but not produced) apex with the two sides at an acute angle to each other. It is not entirely clear from the images at moth dissection but it seems that only H.sericiella has the ostial sclerotisation as shown by §2. 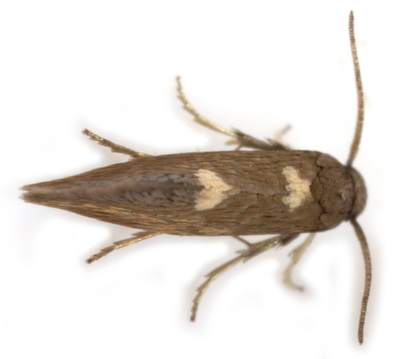 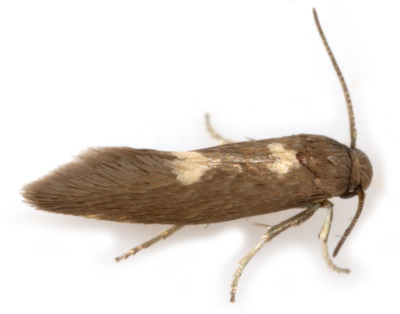 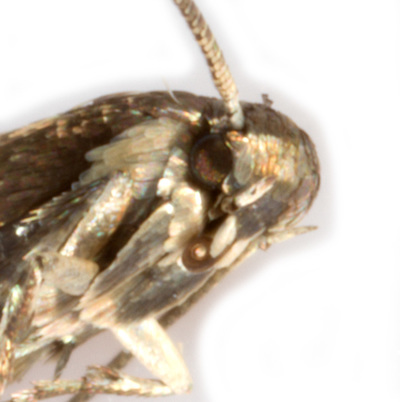 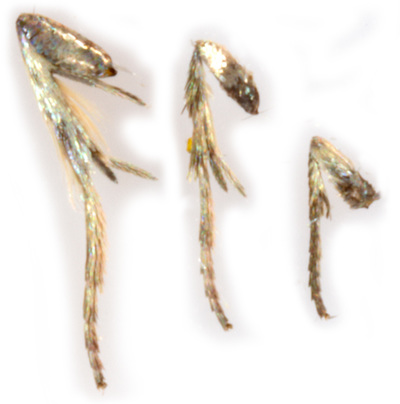 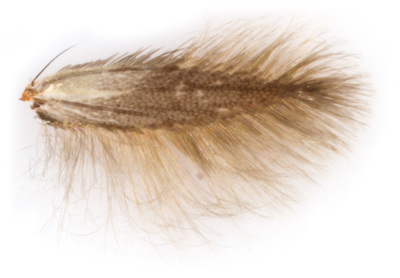 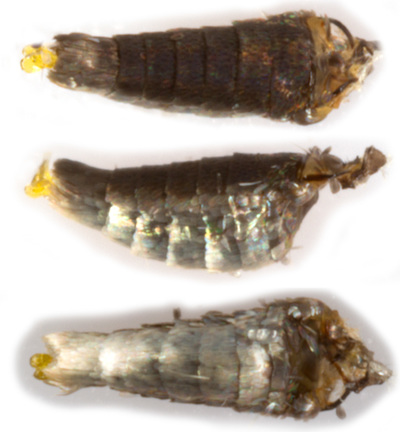 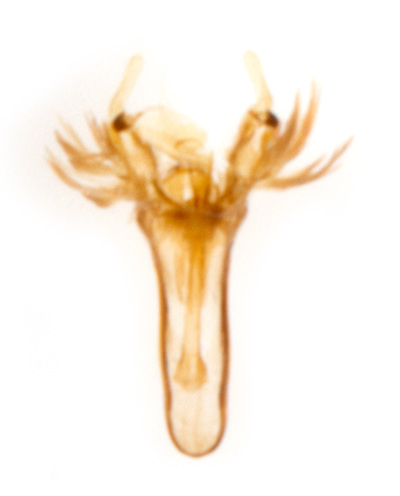 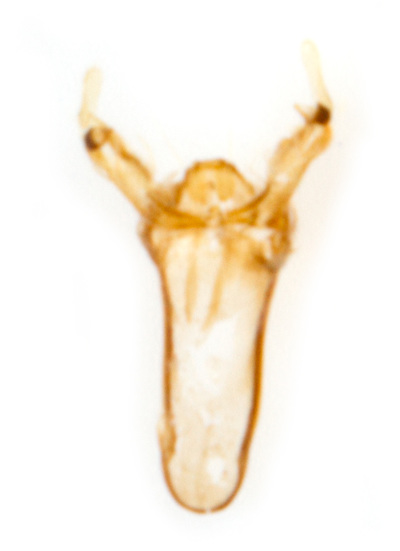 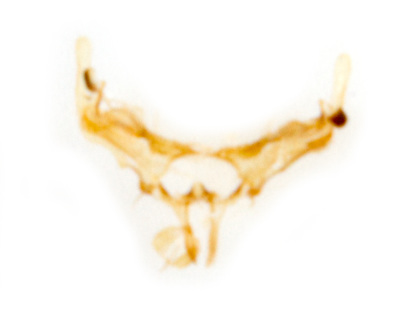 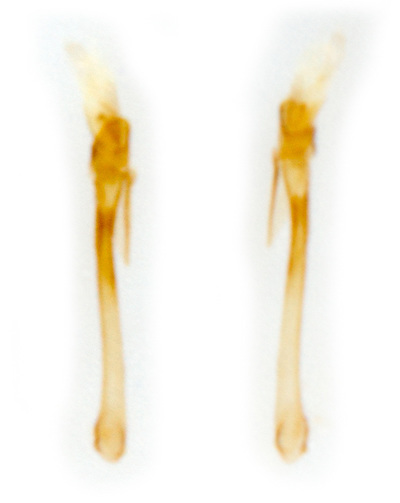 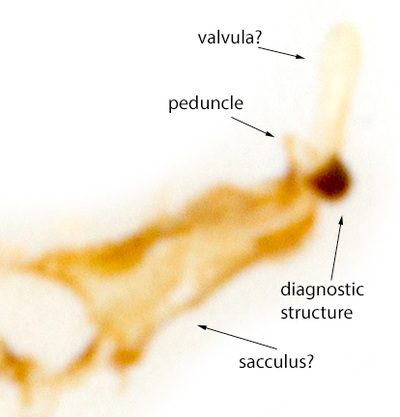 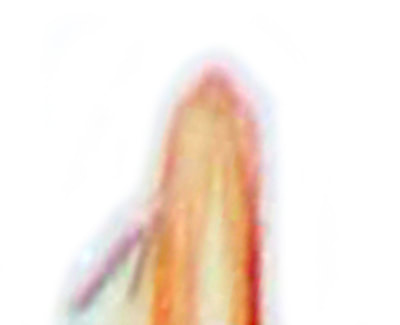