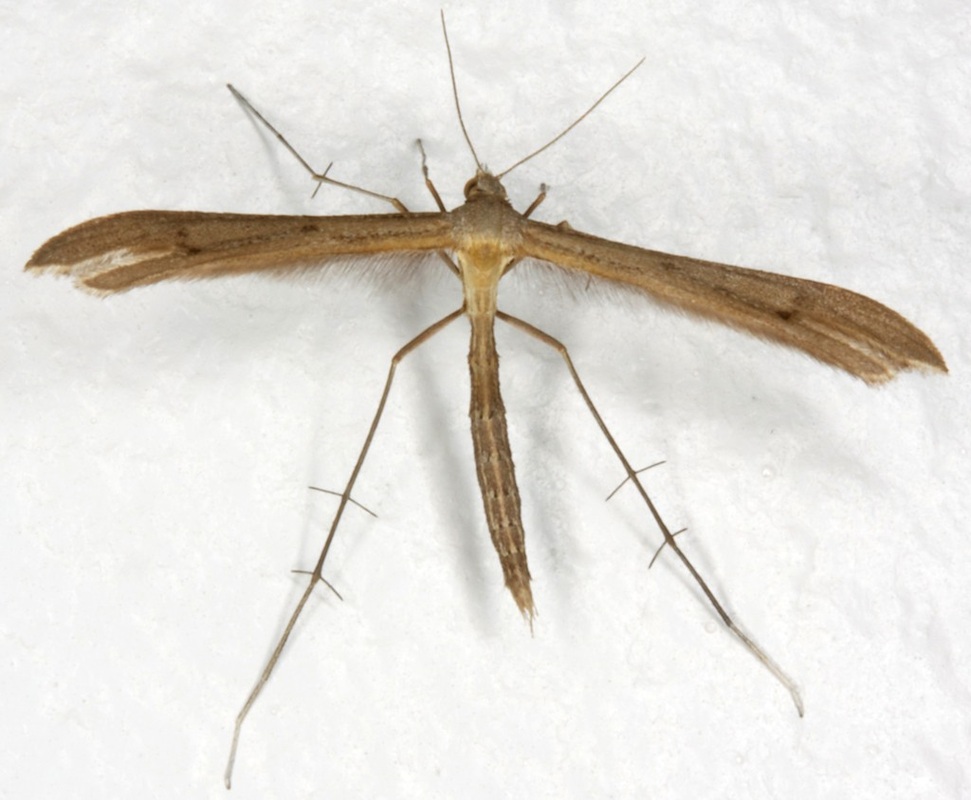 Stenoptilia pterodactyla §1 male
ID: According to the key in Hart this species can be distinguished from its congeners by the first lobe of the forewing being brown (rather than grey or pale fawn). Supporting features are the absence of markings of the ist lobe of the forewing; a line of white hairs along the costa of the first lobe (the main feature given by UKmoths for distinguishing this species and said by Hart to be diagnostic); forewing spots small, faint and may be absent.
Male genitalia: anellus arms long, reaching base of uncus; aedeagus long and strongly curved.
Female genitalia: antrum 5x longer than wide; sclerotised antrum as long as membranous part of ductus bursae, which contains a sclerotised plate 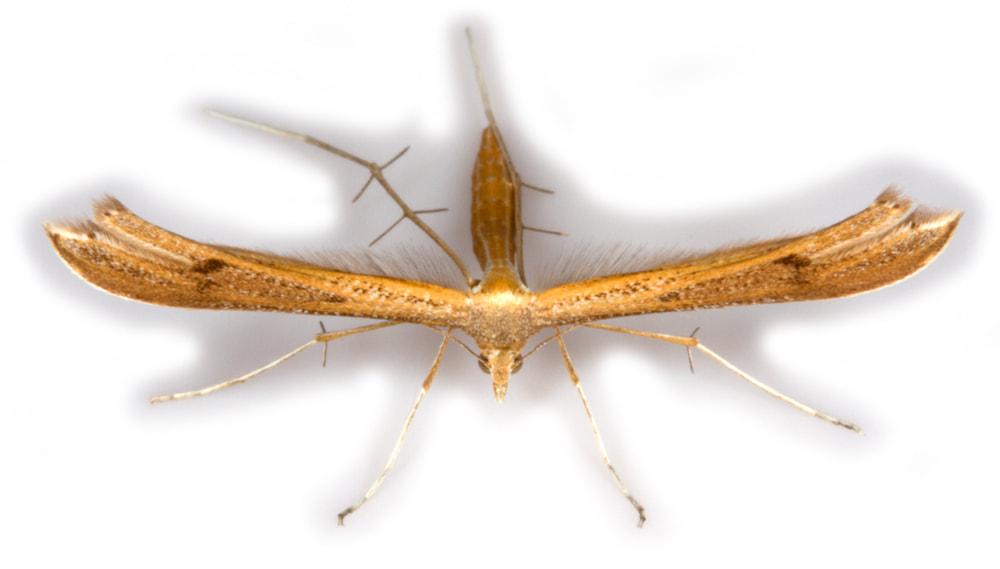 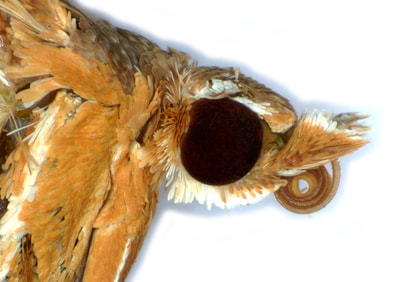 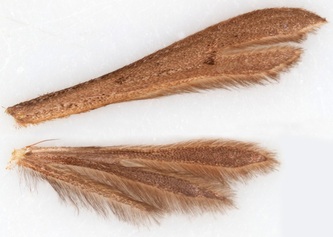 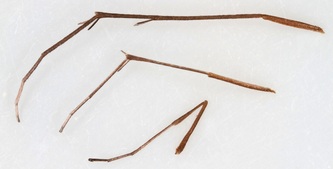 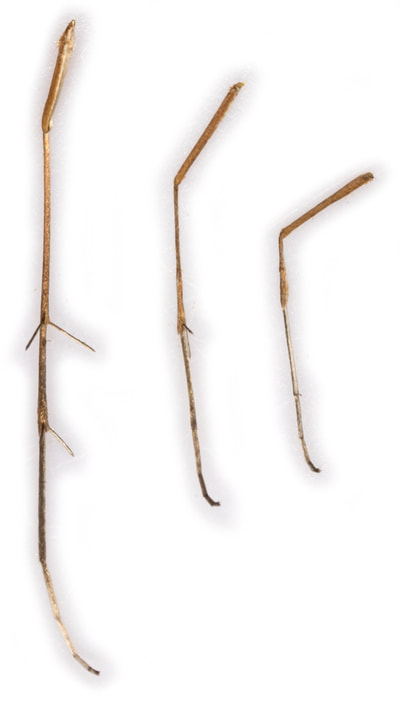 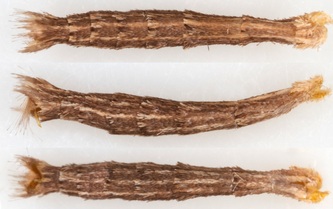 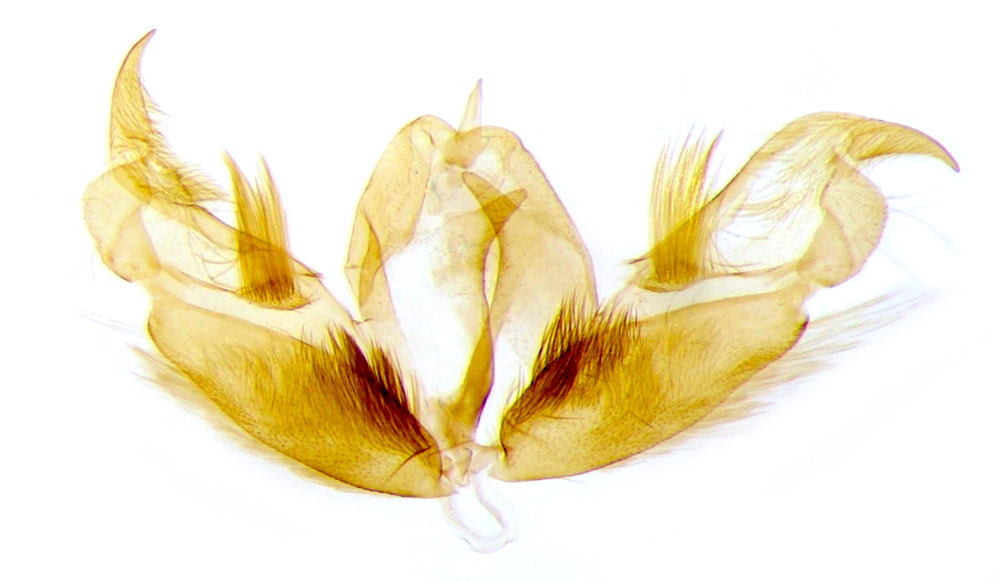 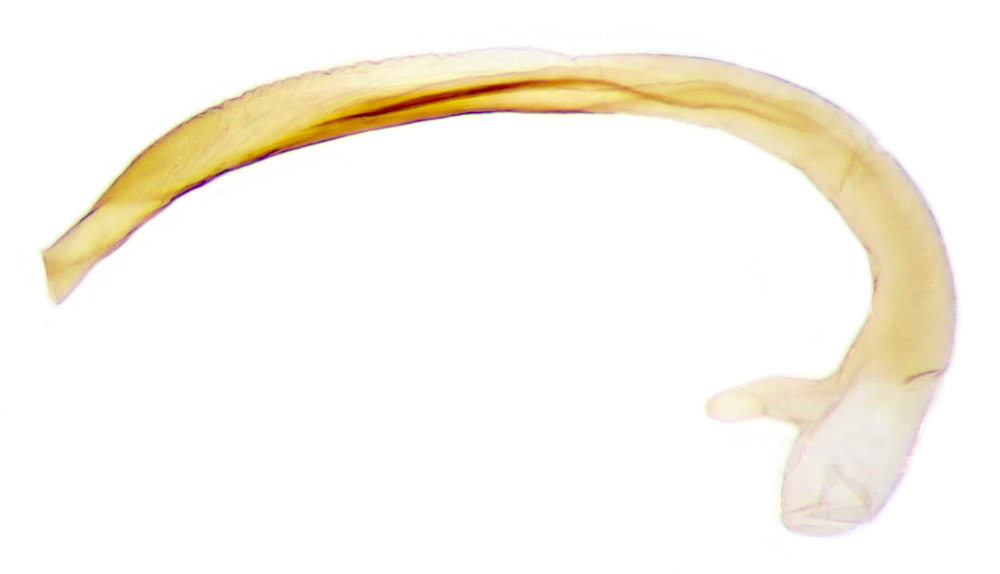 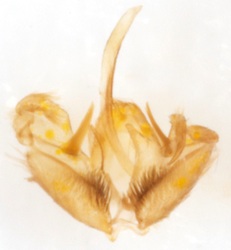 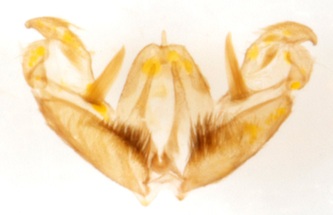 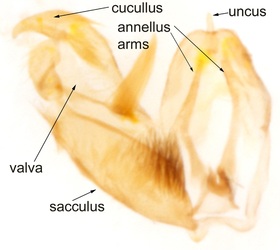 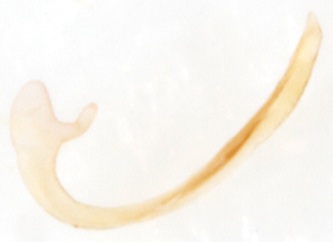 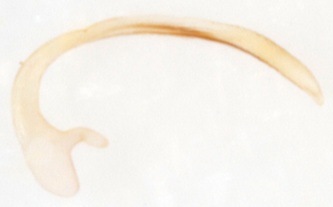