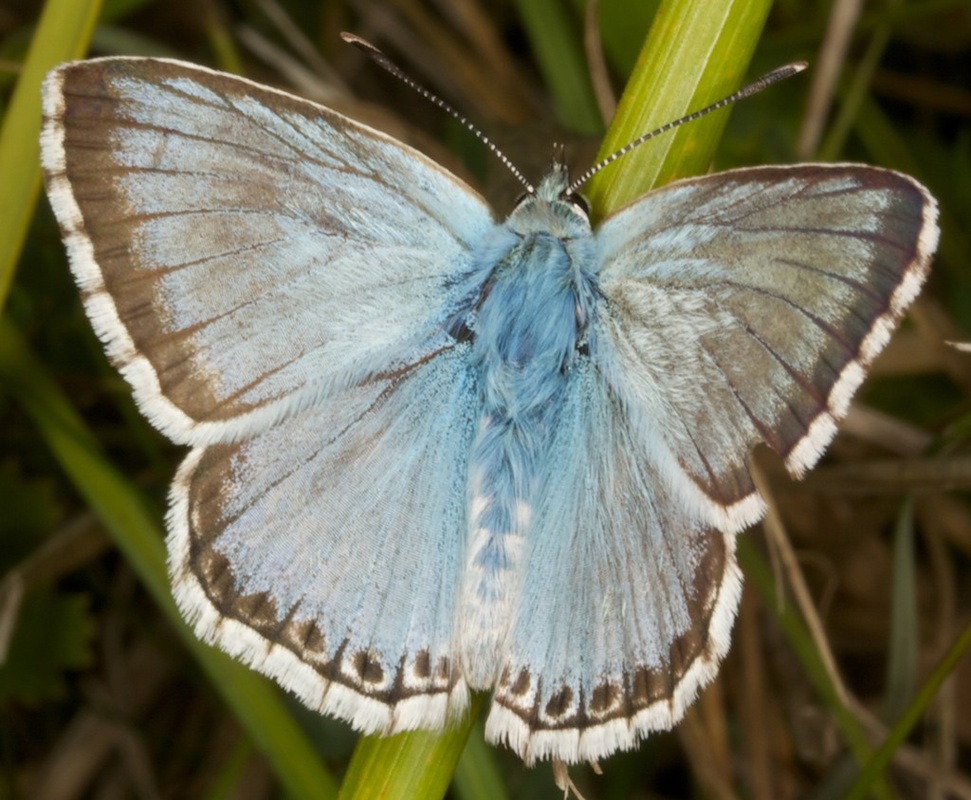 Polyommatus coridon (Chalk Hill Blue) §3 male
ID: Male upperside is pale blue with a broad black border and white fringes chequered due to a black mark overlaying the terminal portion of each vein and extending to the outer edge of the fringe. Males should not present any identification problems. Female upperside is brown with a variable amount of blue, and very similar to female P.bellargus. Females of both P.coridon and P.bellargus can be distinguished from similar species by the dark brown ground colour to the hindwing and the chequered fringes. On the hindwing upperside P.corridon and P.bellargus show a row of subterminal black spots, bordered proximally with orange. In P.corridon the black spots are bordered distally with white and in P.bellargus they are bordered distally with blue. 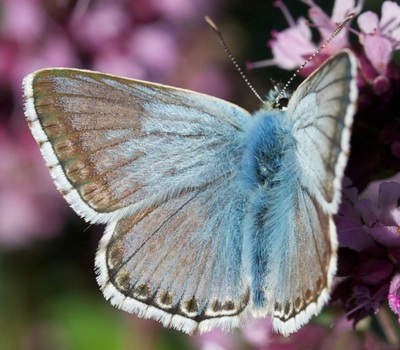 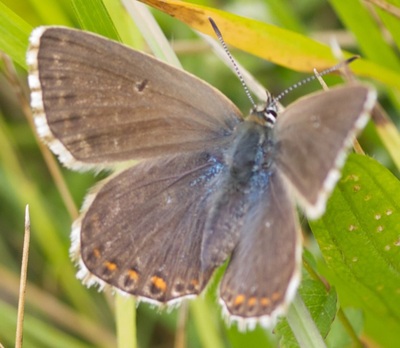 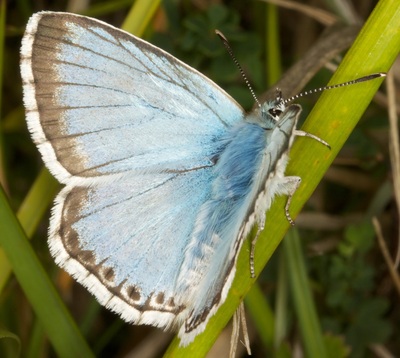 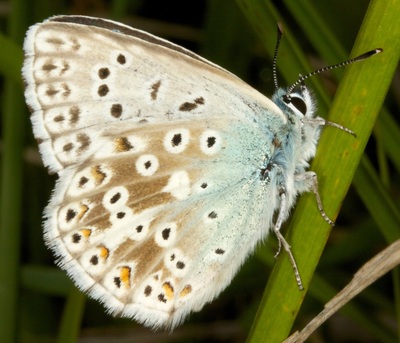 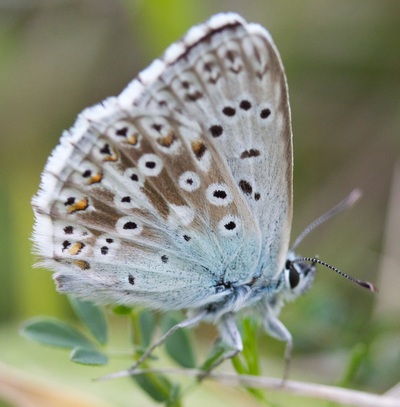