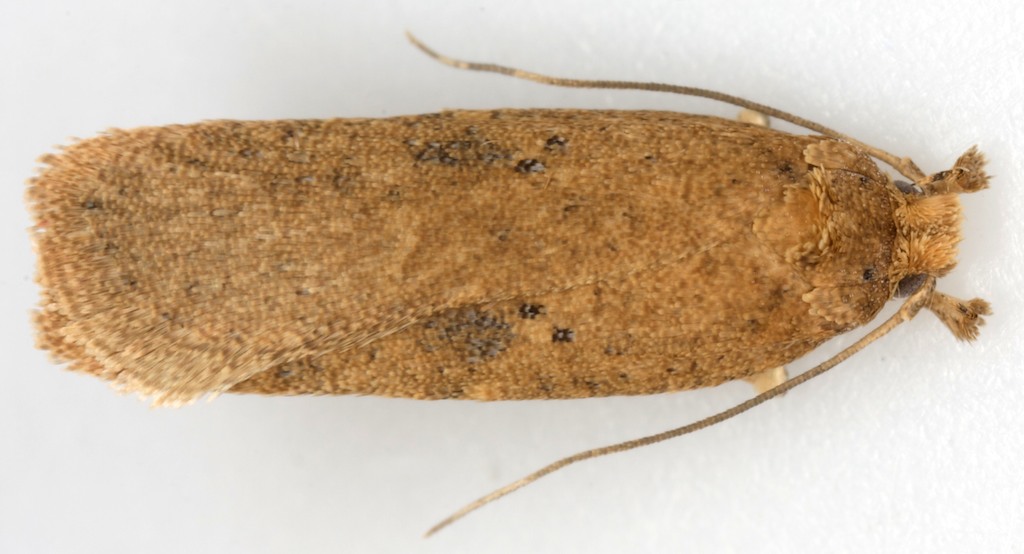 Agonopterix subpropinquella §1 female
ID from key in MBGBI4.1: Forewing not dark purplish or crimson-brown, without white dot in disc; foreleg with tibia and tarsus buff brown (not uniformly dark fuscous or black on upper aspect); S3 of labial palps with dark markings, including black or fuscous tip; apical half of fw terminal cilia not contrastingly pink to purplish-brown >
A. fw with black or cloudy fuscous blotch in disc at 1/2, (not at 2/3 and not extending towards tornus); fw underside with fuscous discal area contrasting strongly with buff border; fw without fuscous line near base from dorsum to ~half way across wing* > A.subpropinquella OR
B. fw without black or cloudy fuscous blotch in disc; fw veins not dark-lined; ws 20-22mm** > A.subpropinquella
*The key says that this line is vertical goes to the upper margin of the cell. Assuming this refers to the wing in the set position the upper margin of the cell would be its costal margin. In fact in species that show this line it appears to be somewhat diagonal rather than truly vertical and runs from the base of the dorsum across ~half the wing width - its exact relationship to the cell being difficult to determine.
**The key compared with the quoted sizes implies that A.subpropinquella with ws 16-20mm show the black or fuscous blotch while those with ws 20-22mm may or may not show this blotch - or possibly that the smaller specimens without the blotch cannot be keyed or will be keyed as A.nanatella.

Small specimens may be confused with A.carduella (ws 14-17mm) which is said to have a more arched costa but is probably not separable with certainty without examination of the forewing underside and/or genitalia - it has a buff fw underside discal area not contrasting much with buff border.
A.propinquella is also similar and is separated in the key by the presence of a fuscous line at fw base (as described above) and in the text by a more arched costa, more rounded apex and regular dark fuscous maculation (I presume though it is not stated that this refers to the forewing).

Form rhodochrella is quite distinct in appearance (and is not keyed) - it has the throax, tegulae and sometimes head dark fuscous or blackish, forewing pink-tinged and discal blotch blacker and more distinct.
Form: subpropinquella (?) 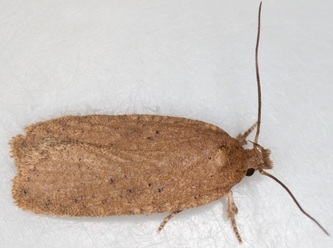 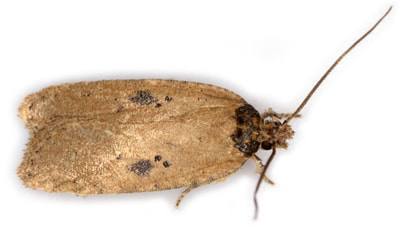 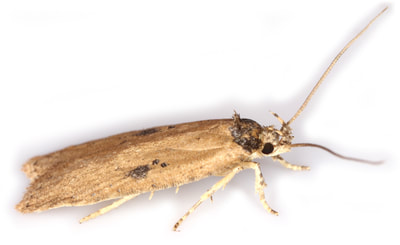 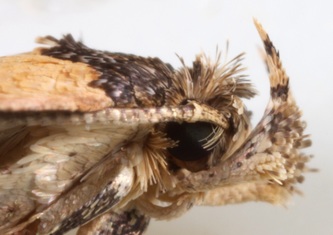 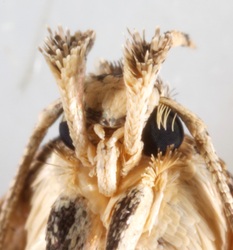 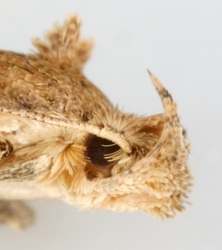 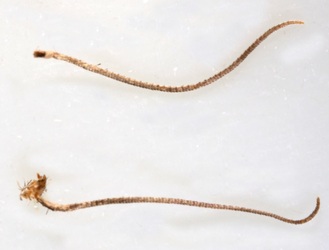 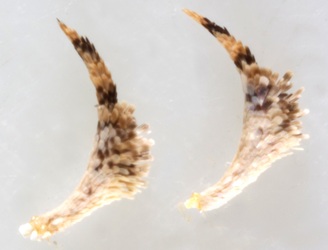 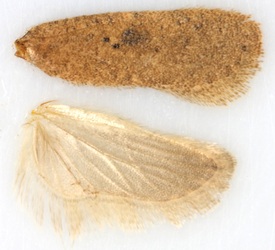 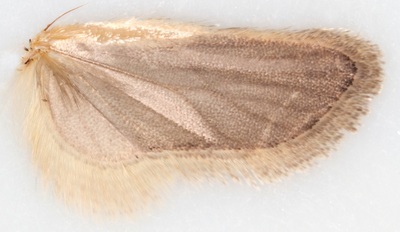 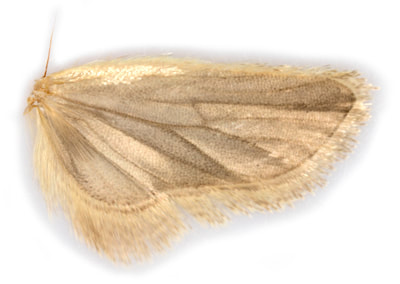 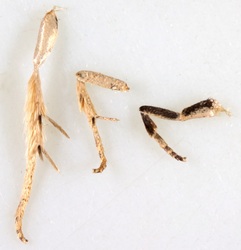 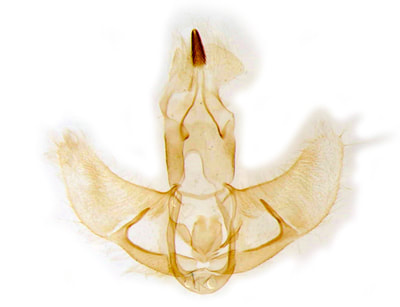 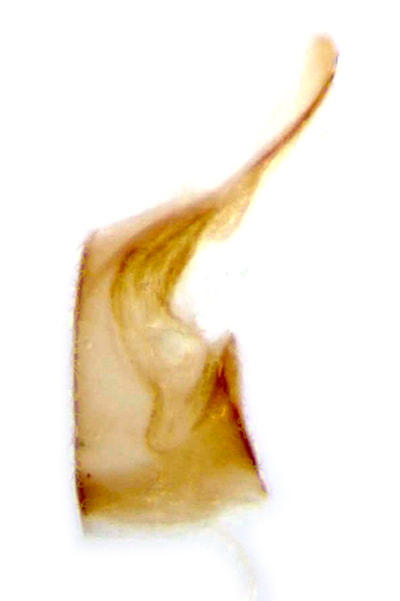 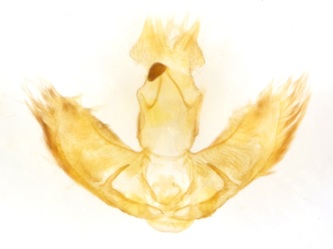 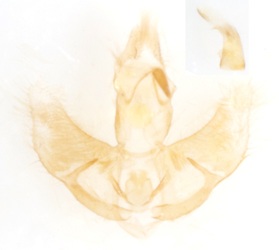