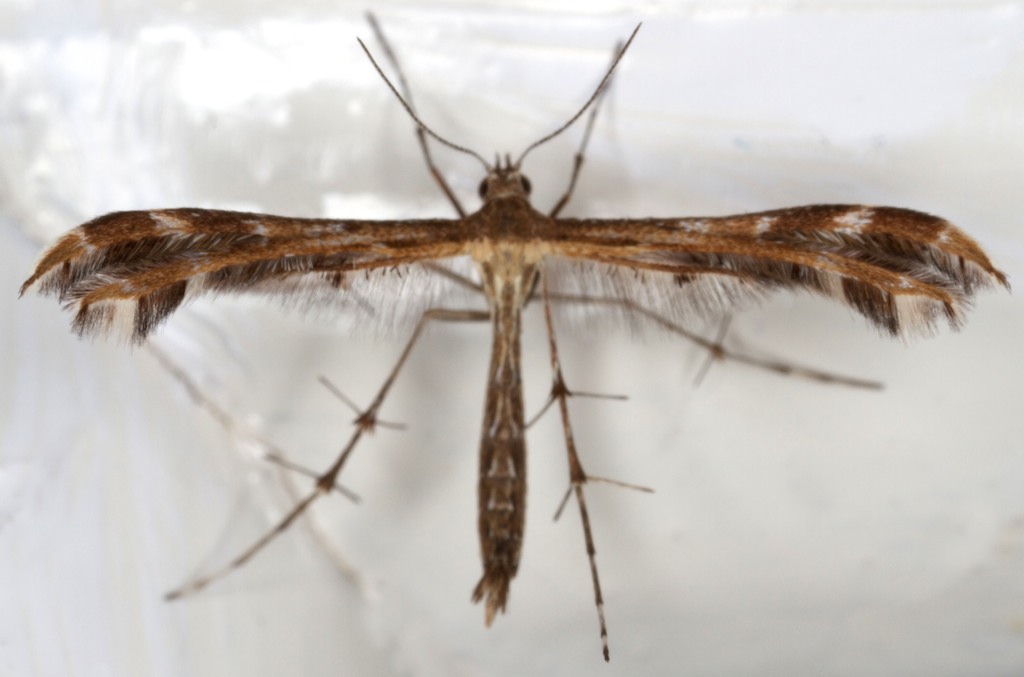 Crombrugghia distans §1
ID: 3rd lobe of hindwing with a scale-tooth; 2nd lobe of forewing angled at apex (not square-ended); forewing mid-brown (not very dark brown); scale tooth at 2/3 from base of 3rd lobe of hindwing (not extending to apex) > Crombrugghia
C.distans is variable and may be dark brown in which case it is probably best separated from Capperia brittaniodactyla by genital dissection. Hart uses the underside of the first lobe of the hindwing which shows a white band near the apex in both genera. In Capperia the white band is shorter than the dark band distal to it while in Crombrugghia the white band is longer than the dark apex.
C.distans and C.laetus are very similar and probably require genital dissection for confident separation. C.laetus is a very rare migrant to Britain. In C.distans the forewing marking are more distinct. C.laetus has a row of small dark brown scales at the termen of the 2nd lobe of the forewing which are absent in C.distans.
Male genitalia: Crombrugghia species have long annellus lobes, while in Capperia they appear to be absent. The two Crombrugghia species can be distinguished by the relative lengths of the sacculus and valvulus; ~equal in C.distans, sacculus much longer than valvulus in C.laetus.
Female genitalia: Capperia lacks signa; Crombrugghia species have two small signa. C.distans has a semicircular sclerotised plate on each side of the ostium which are lacking in C.laetus. C.laetus has a bulge from S7 on each side of the ostium. 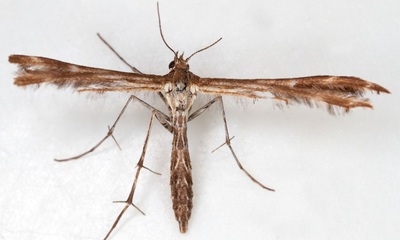 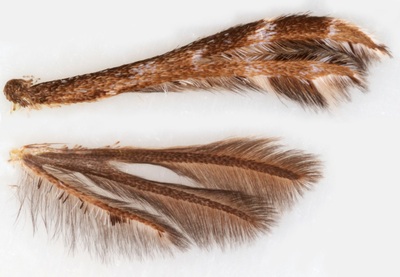 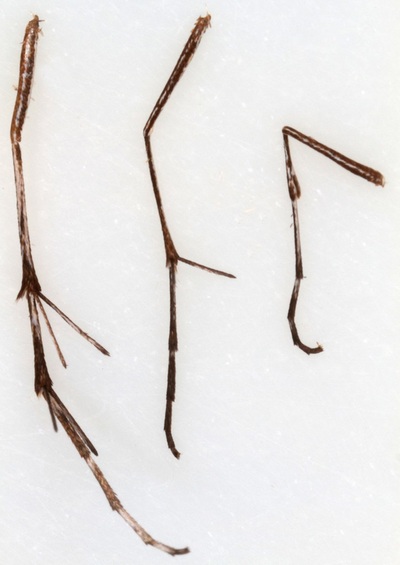 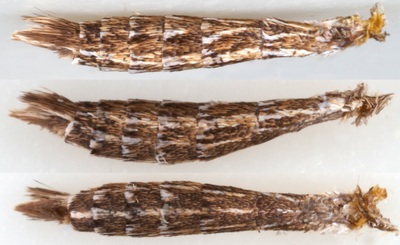 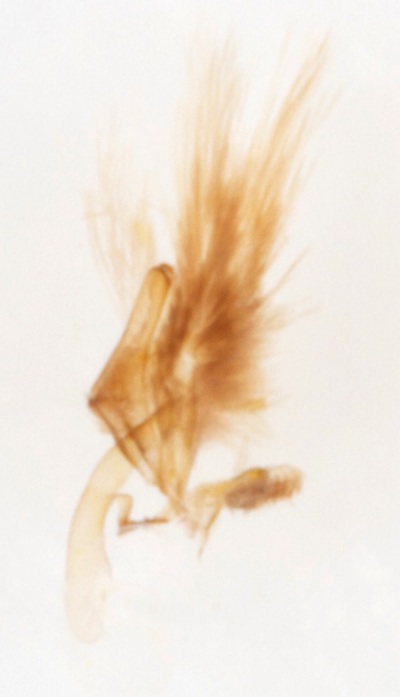 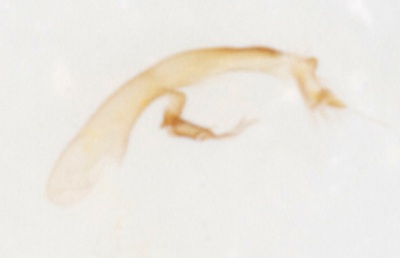 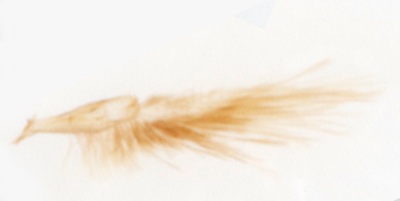 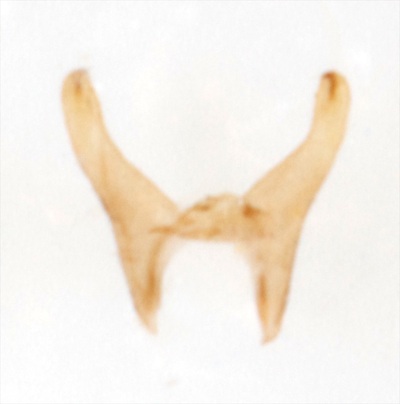 §1 Snettisham, Norfolk; 05/07/2013; fw 7.4mm
§2 Snettisham, Norfolk; 05/07/2013
All images © Chris Lewis
Page published 13/12/2013 (§1&2) - Unfortunately I prepared this page some months after doing the dissections. I have photos of two live adults that both look like the same sex from abdomen shape, but I'm not entirely sure which sex; and I have both male and female genital dissections. It is entirely possible that a 3rd individual is involved for which I have only obtained genital images.