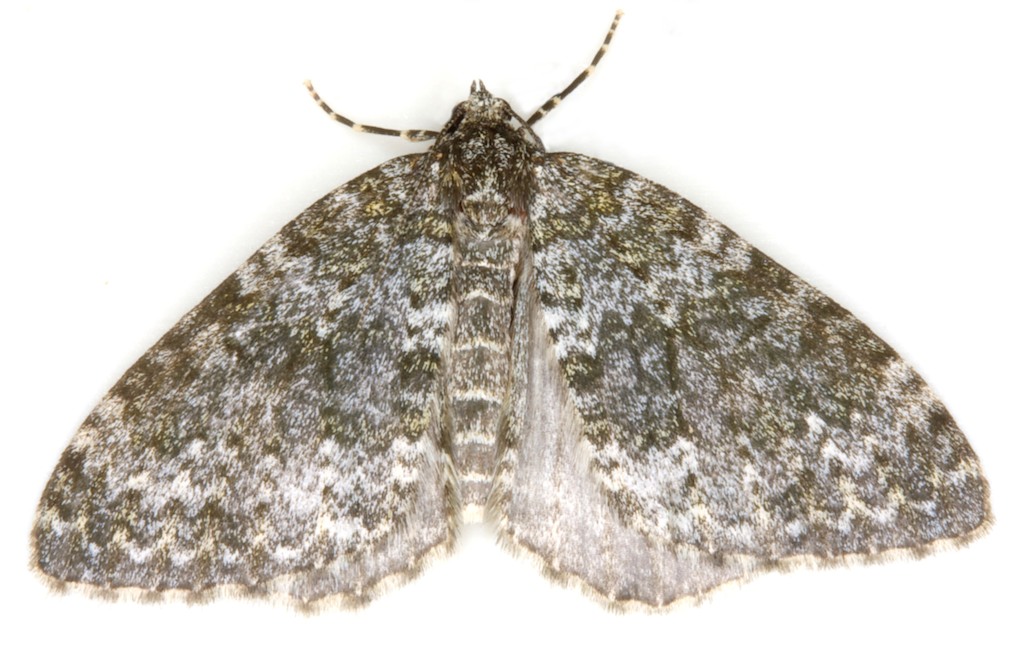 Entephria flavicinctata (Yellow-ringed Carpet §2 female
ID: The distinction between the subspecies is not absolutely clear in Waring and Parsons, but if I have it right - ssp flavicinctata has a distinct dusting of golden-orange scales through the forewing cross-bands while in ssp ruficinctata these scales are much reduced. on this basis §1 and §2 are ssp ruficinctata and flight in September suggests a 2nd generation (in a year when many species were putting in an extra generation).
E.caesiata (Grey Mountain Carpet) lacks any golden-orange scales and has a more clearly defined white-edged median fascia.
Coenotephria salicata (Striped Twin-spot Carpet) can also be similar; it may be weakly marked and may show some yellowish scales. If the size range quoted by Waring & Parsons were correct, C.salicata (fw 12-15mm) could be distinguished on size, but §1 has fw 13.9 and Wikipedia quotes ws for E.flavinctata down to 27mm (~fw 13mm) - so size is unlikely to provide a valid distinction. The terminal line of paired black marks either side of the veins reaching the termen may provide a target for further analysis - in my specimens of E.flavicinctata these marks are fine dashes, while in both E.caesiata and C.salicata they are bold spots. Genital dissection may be needed to confirm identity.
Male genitalia: E.caesiata and C.salicata but not E.flavicinctata are shown at Dissection Group, all three are illustrated and described by Pierce.
The Entephria species show a projection from the valval costa which is lacking in C.salicata. In E.caesiata the costa is strongly thickened and comes to a protruding lateral point; in E.flavicinctata the costa has a thin flap-like projection which is produced slightly at its lateral end.
Female genitalia: E.caesiata and C.salicata but not E.flavicinctata are shown at Dissection Group, all three are illustrated and described by Pierce.
The signum of Entephria species is a scobinate streak while that of C.salicata is a small scobinate patch with a raised bar. Pierce makes no distinction between the Entephria species in his description but the illustrations show a more gradual reduction in diameter of the patch towards the posterior end in E.caesiata. Comparing my own limited material it may be that the margins of the signum are more regular in E.caesiata and the sclerotisation in the ductus bursae is obviously longer in E.caesiata. 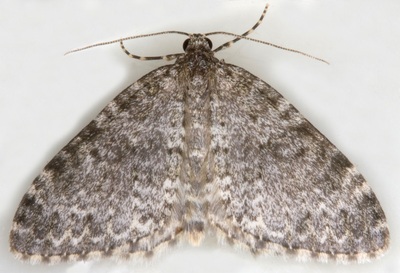 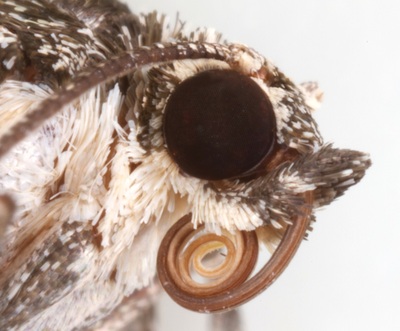 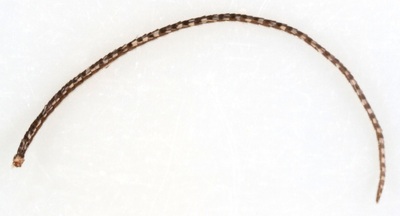 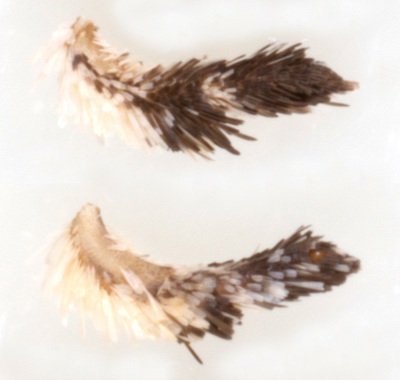 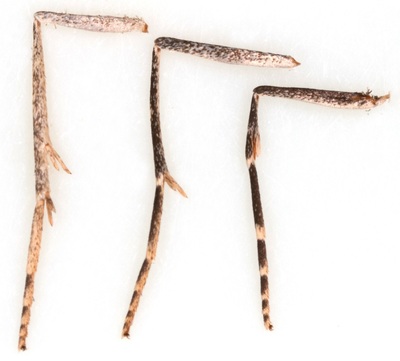 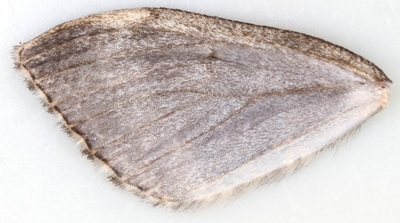 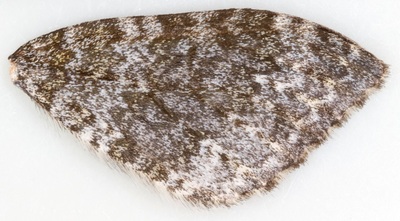 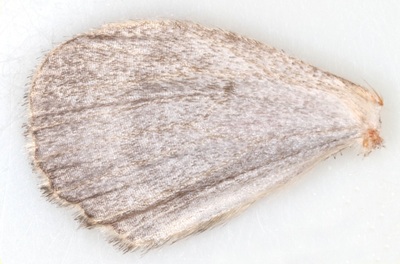 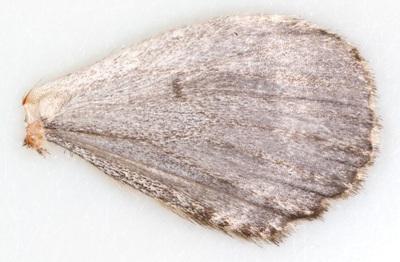 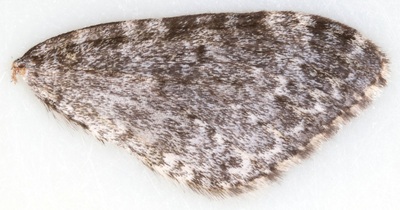 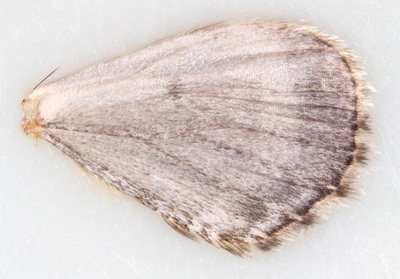 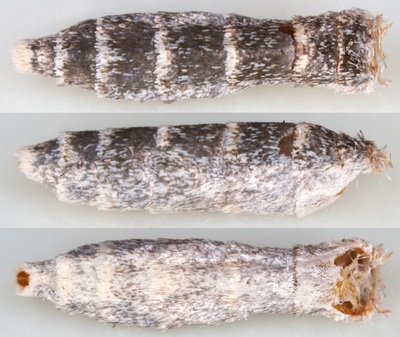 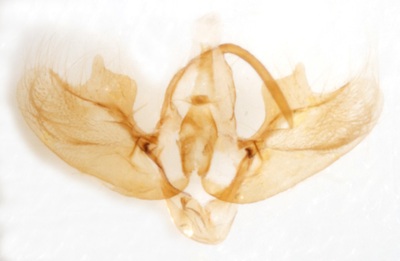 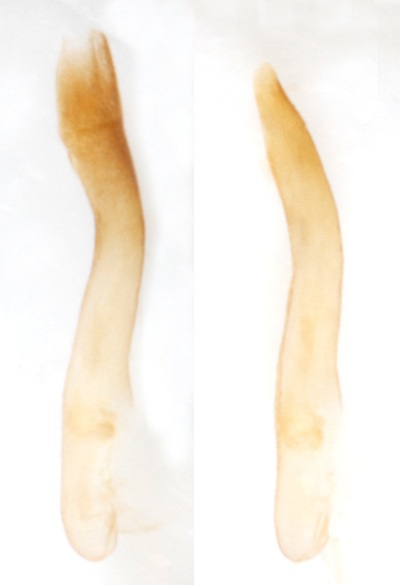 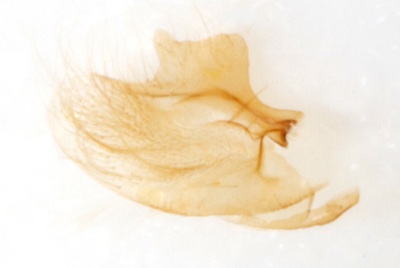 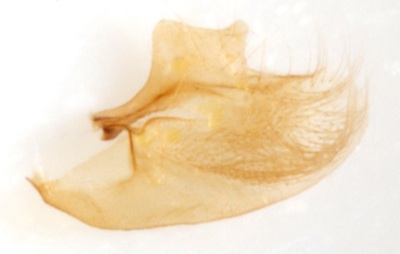 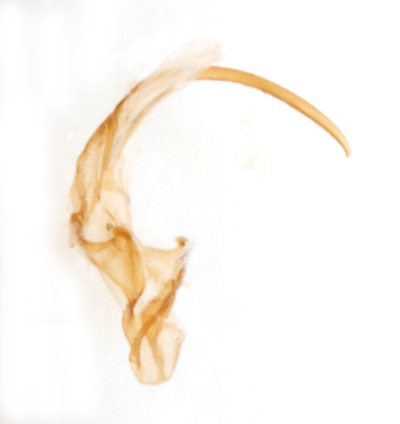 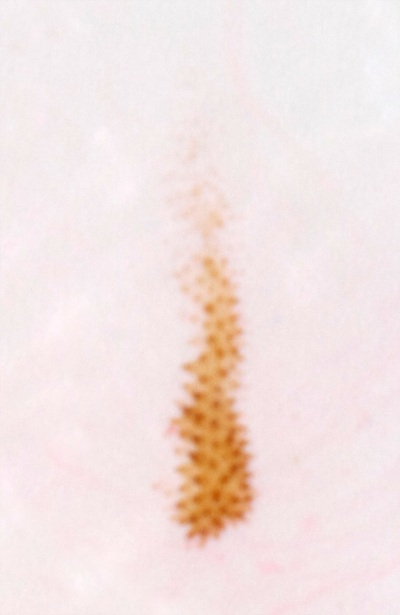