ws: 14-18mm; May-Jun; common in deciduous woodland in England and Wales - swarm in sunshine around oak 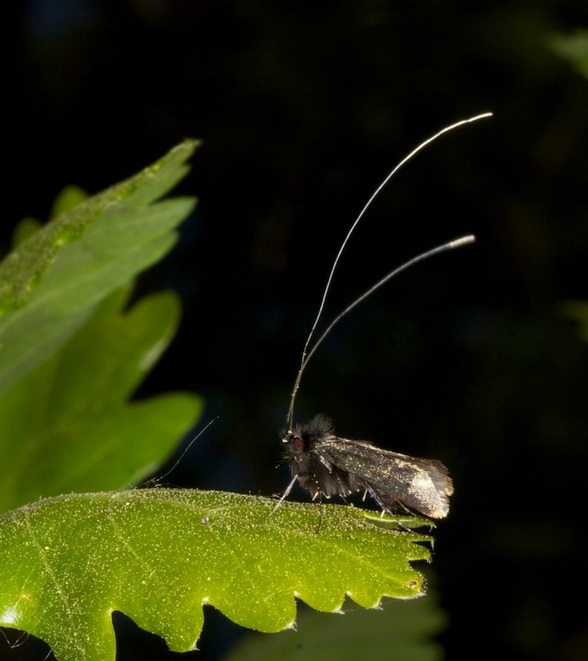 Adela reaumurella §1 male, on oak
ID: Maxillary palps rudimentary; fw without median fascia or black basal streak; ws 13mm+ > 4 species
According to key in MBGBI1 A.reaumurella is distinct from the other 3 species in having fw bronzy-green rather than bronzy-gold or coppery-bronze.
This on its own appears to be an unreliable distinction and certainly some of the images below appear to show a bronzy-gold forewing.
A.cuprella has a distinctive purple tinge along the costa and at the apex of the fw. The male antenna is entirely white with black scales on each segment vs black in the basal 1/4 and white in apical 3/4 in A.reaumurella. The female antenna is dark fuscous on the upperside, white on the underside and lacks the basal thickening of A.reaumurella.
Nemophora cupriacella: male has costa and apical 1/3 of fw bronzy-purple; female fw almost entirely suffused violet. N.metallica has a reddish purple costa in both sexes. Both Nemophora species fly later (Jun-July)
For further investigation: Are antennal differences more reliable than forewing differences in distinguishing these species?
Genitalia not illustrated in MBGBI1 and only A.reaumurella shown at Moth Dissection
<
> 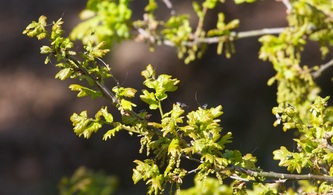 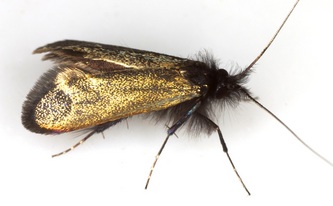 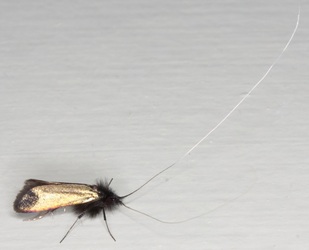 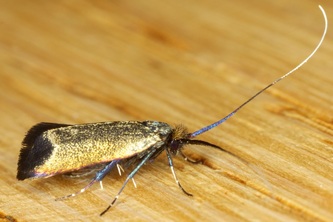 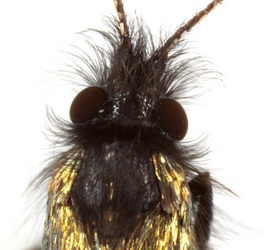 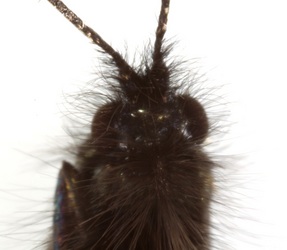 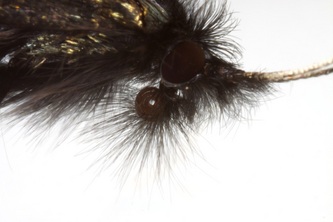 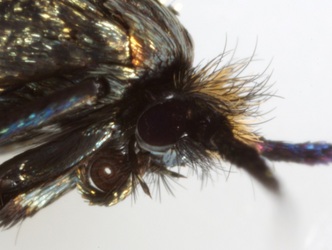 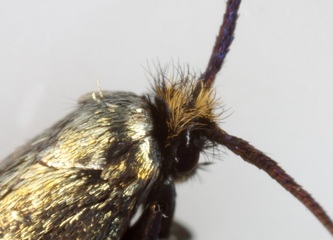 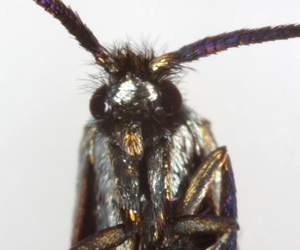 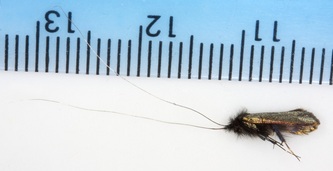 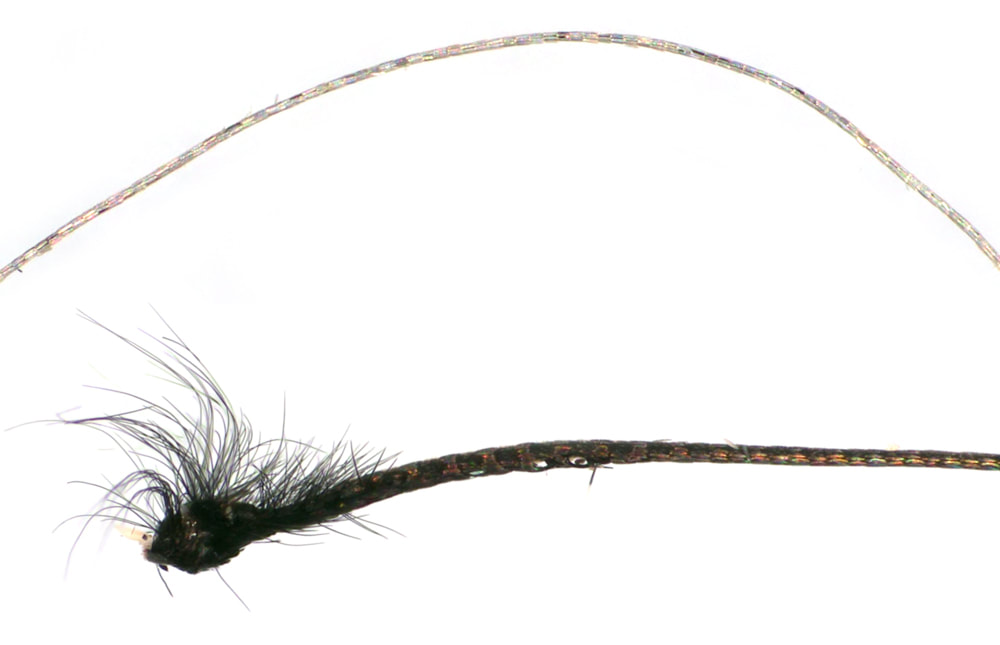 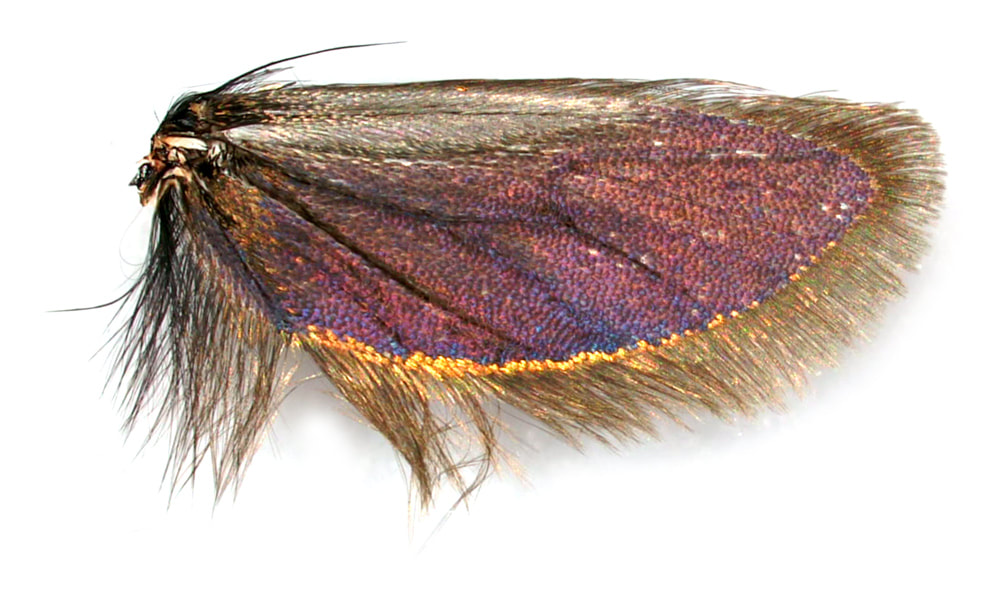 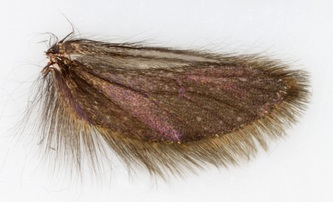 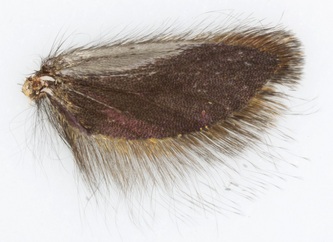 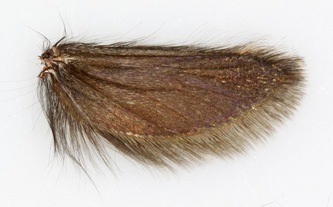 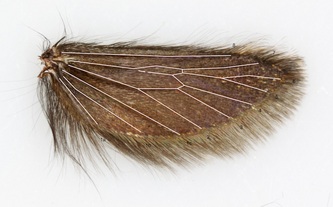 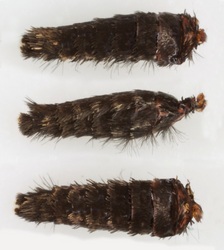 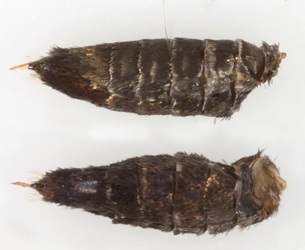 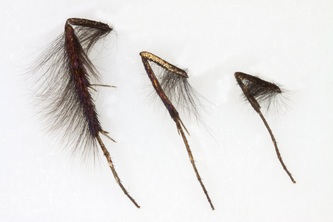 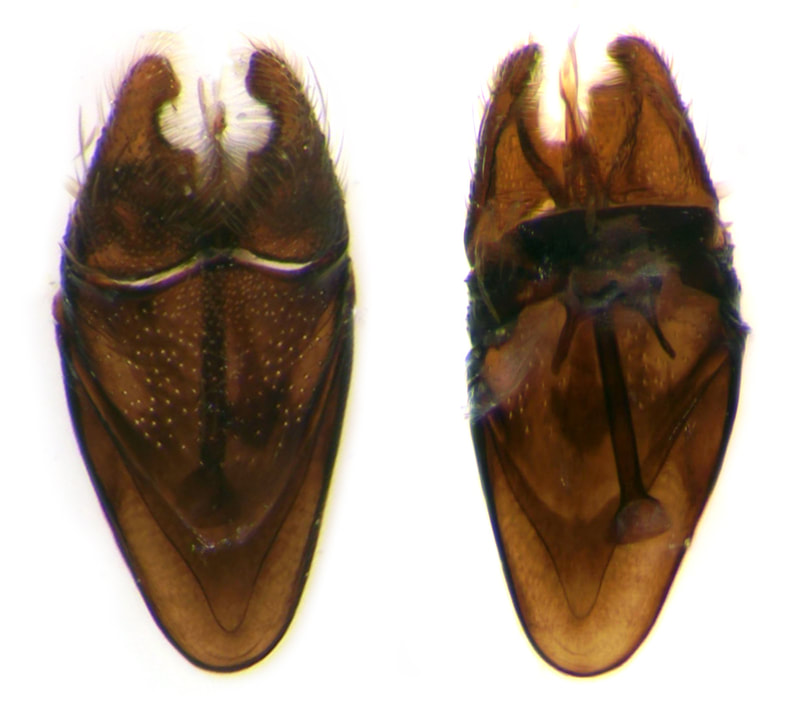 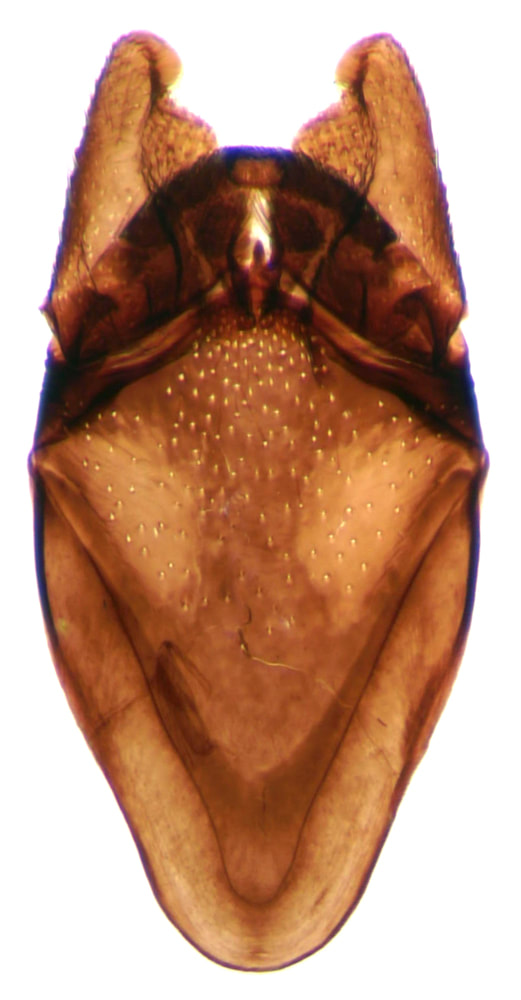 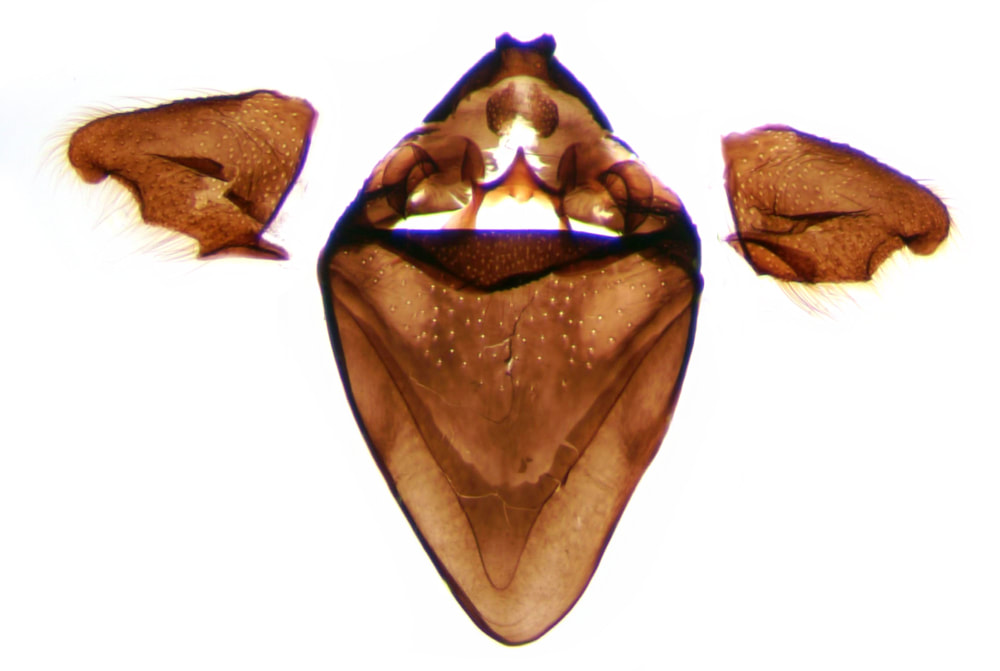 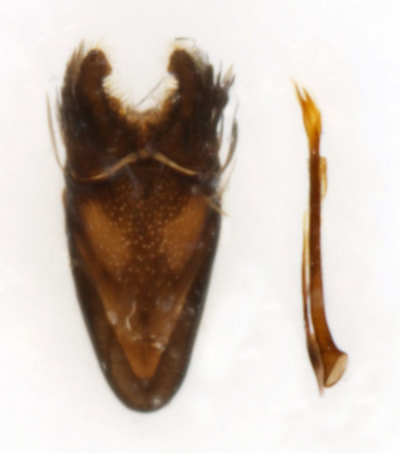 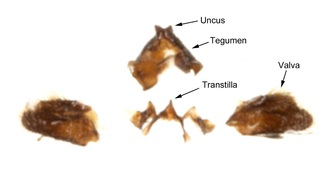 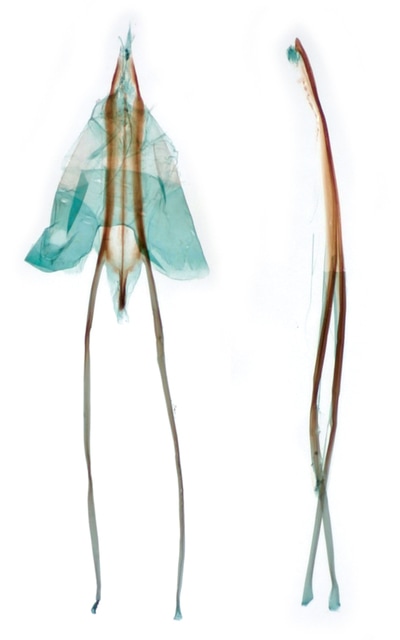 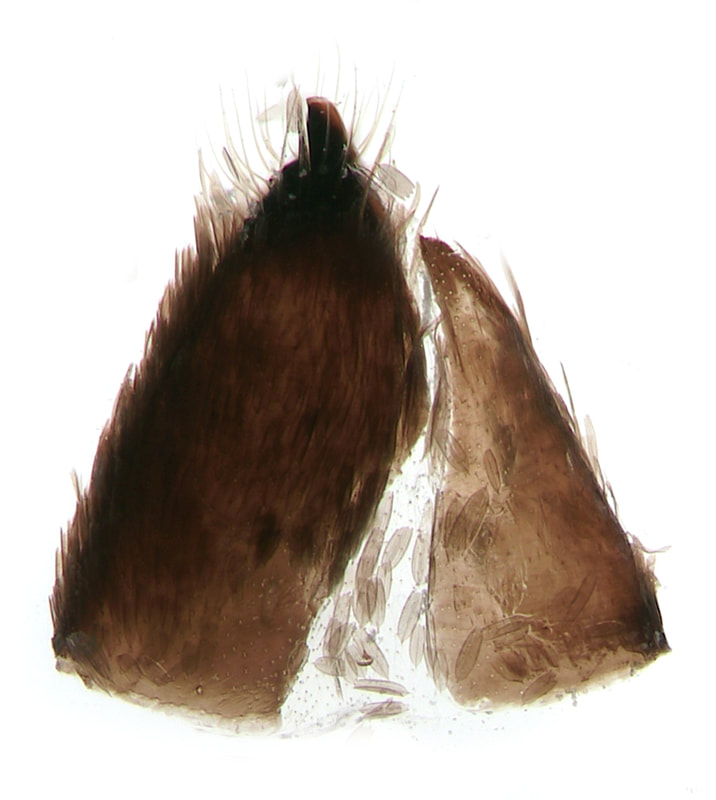