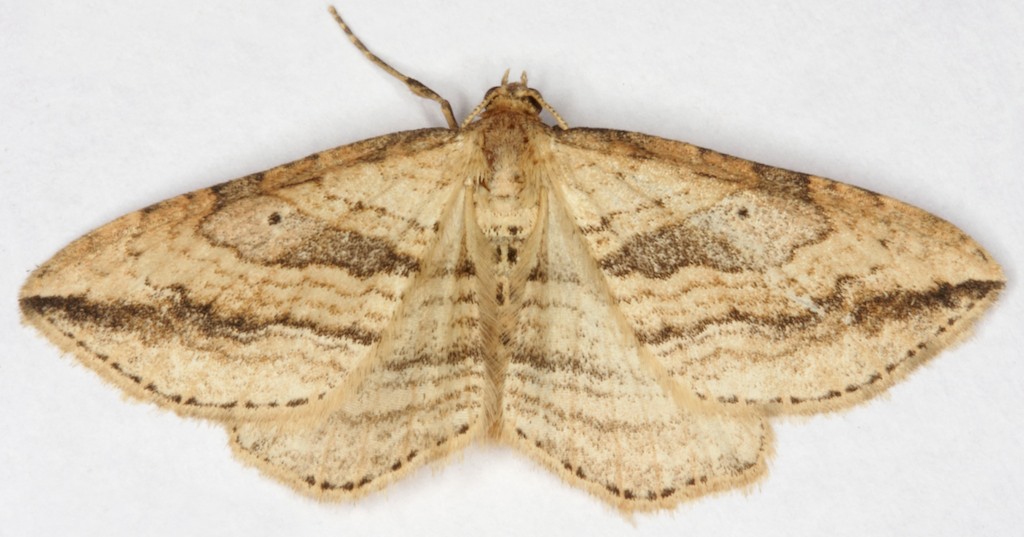 Orthonama vittata (Oblique Carpet) §1
ID: Characterised by the dark streak running from the forewing apex to join a cross-line which is more heavily marked from the point of junction to the dorsum than it is from the point of junction to the costa. The central cross-band of the forewing is of uneven width and notably narrower on the costa than at the central spot; the cross-band is also paler around the central spot.
Phibalapteryx virgata (Oblique Striped) and Costaconvexa polygrammata (Many-lined) are similar but do not show a narrowing of the central band at the costa and the apical dash is much weaker in not connected to the postmedian cross-line in P.virgata and in C.polygrammata the apical dash is pale.
Male genitalia: valvula small, quadrangular; costa free, strong and pointed; sacculus small, rounded; manica heavily spined. 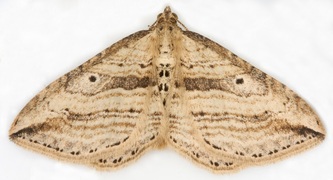 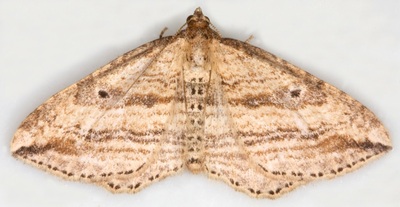 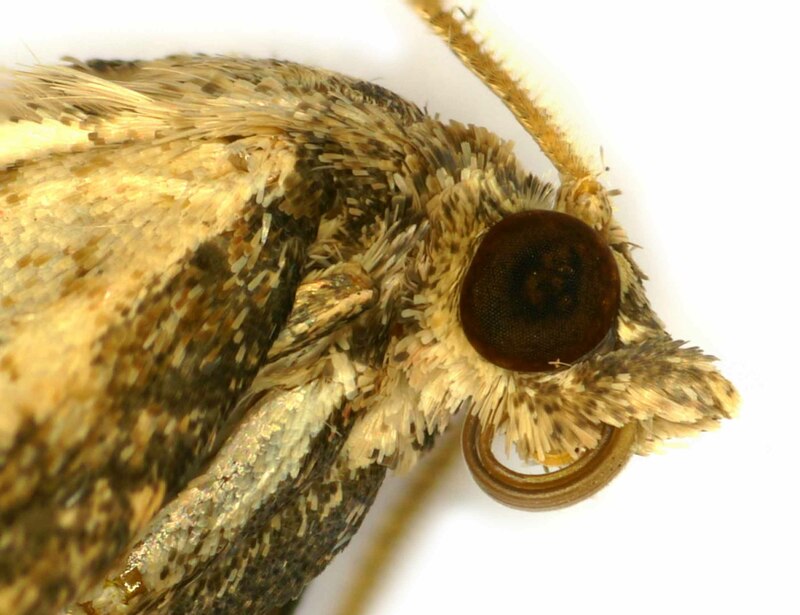 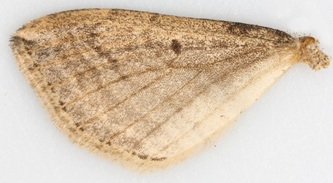 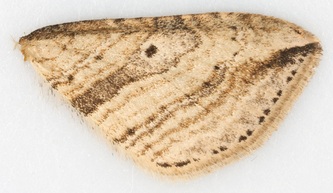 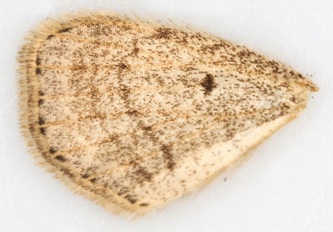 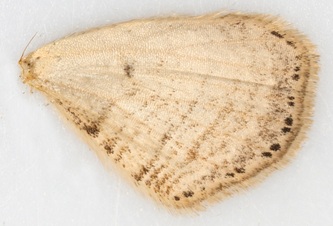 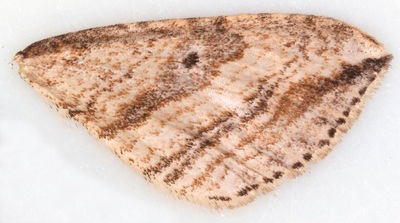 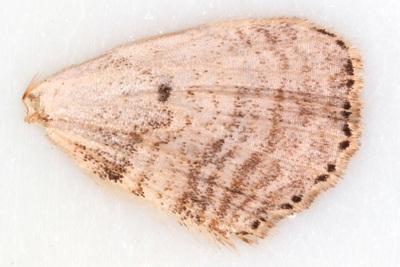 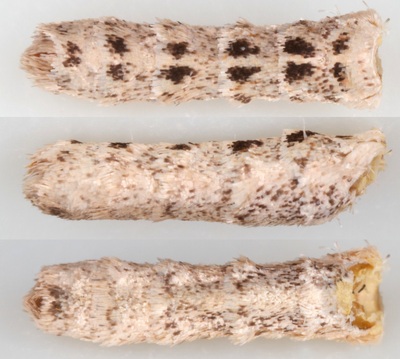 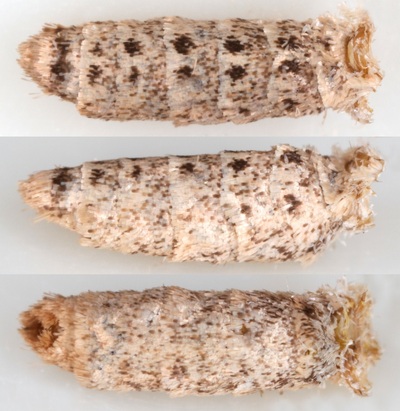 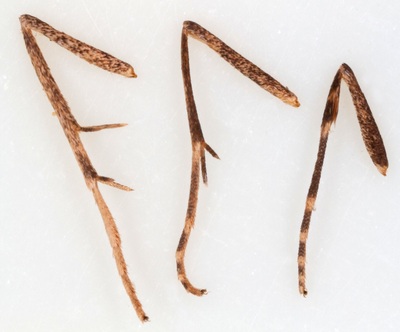 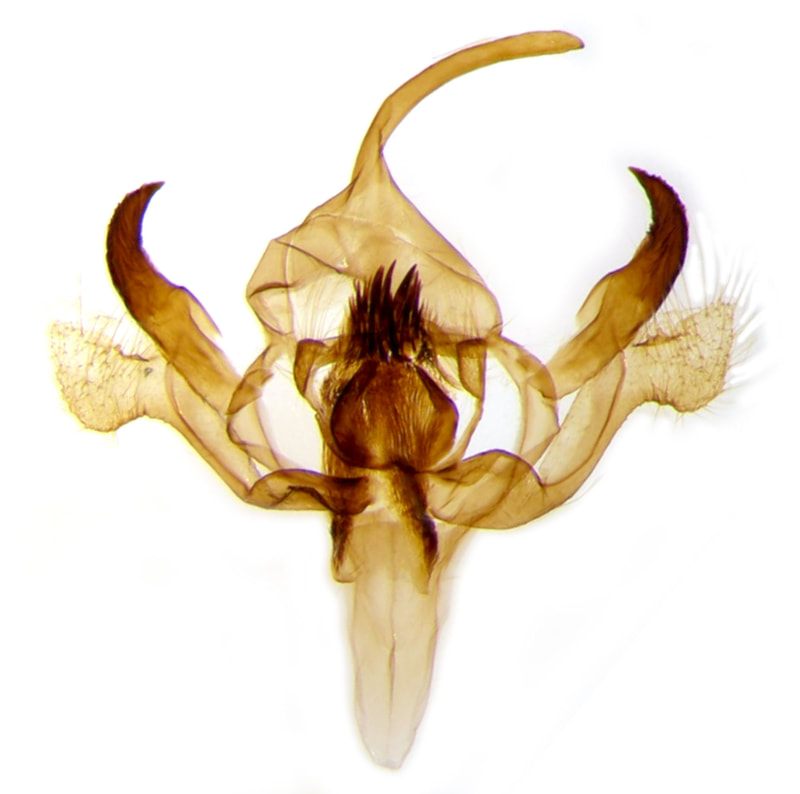 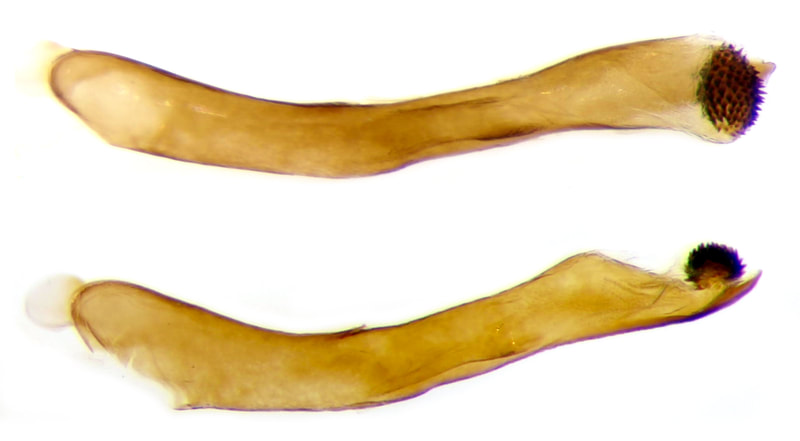 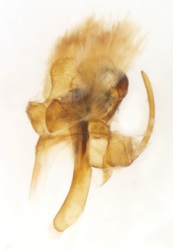 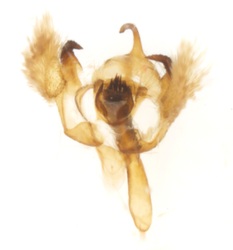 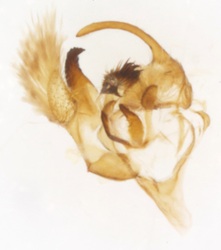 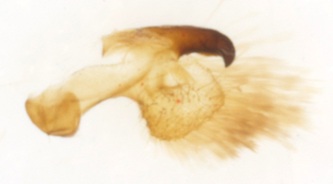 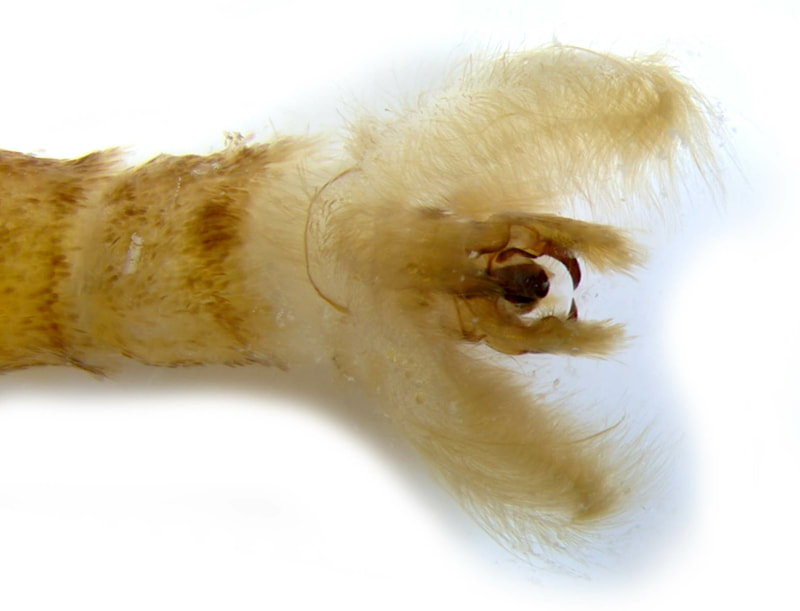 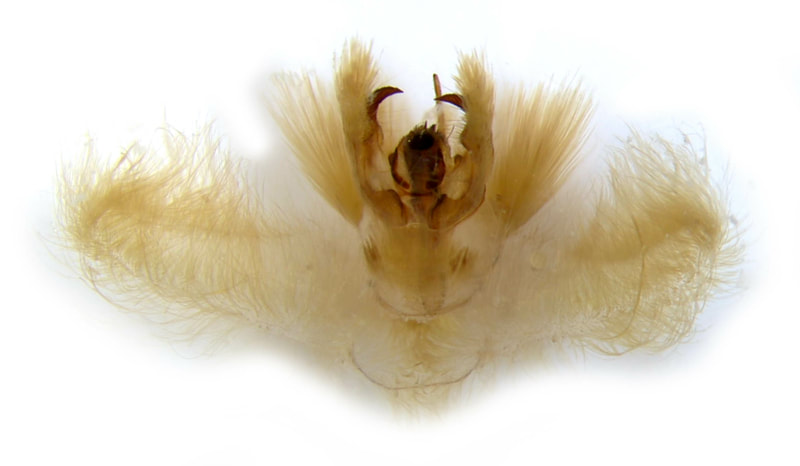 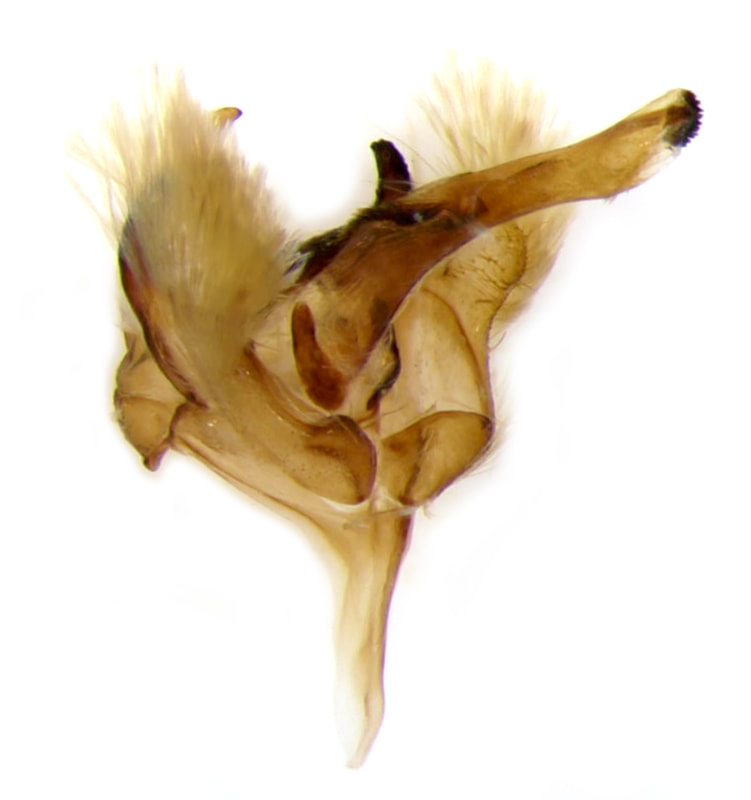 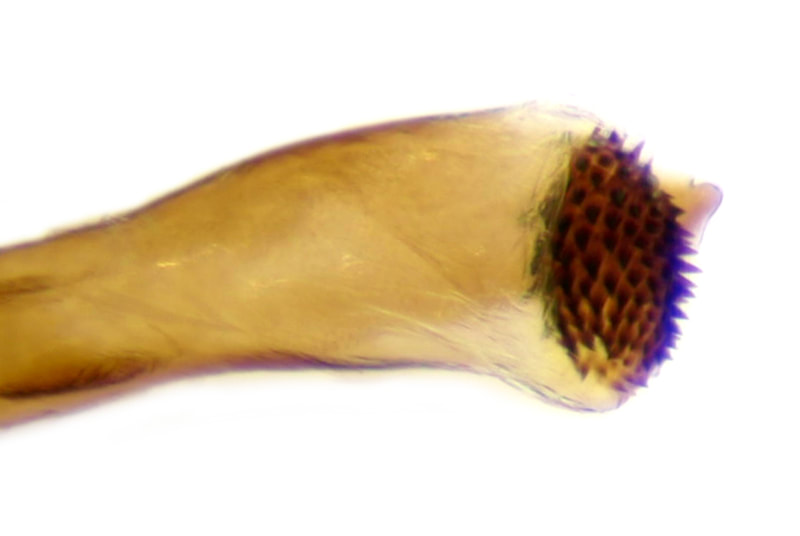