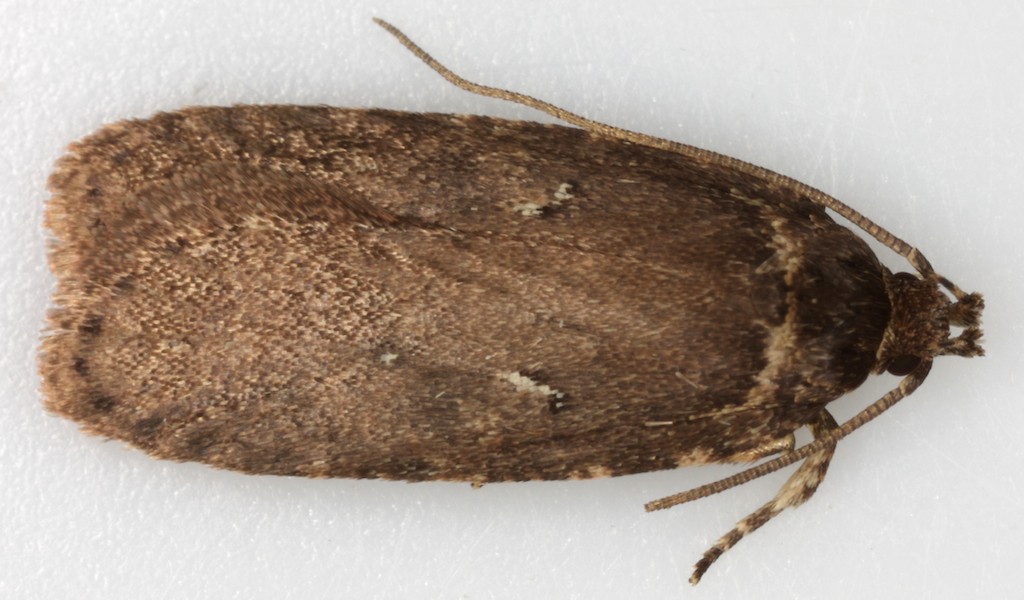 Agonopterix ciiella §1 male
ID from key in MBGBI4.1: Forewing not dark purplish or crimson-brown, with more than one white dot in disc, without red mark in disc, with a pair of obliquely placed black dots in disc at 1/3, without dark line from white dot to tornus, apex not subfalcate, veins not dark-lined; labial palp S3 with one or more dark bands; hindwing light greyish fuscous (not dark grey); upperside of abdomen not blackish medially and buff laterally; forewing costa gently arched, apex rounded, termen rounded (A.scopariella has costa straight in outer 2/3, apex squared, apical half of termen straight); hindwing cilia often pink-tinged, with 5 fuscous ciliary lines > A.ciliella (A.heracliana has hw cilia not pink-tinged and 2 or 3 fuscous ciliary lines).

Caution: A.heracliana may show 5 ciliary lines. The identity of §1 on this page was not confirmed by gen.det, so its identitiy is not certain. I have examined numerous A.heracliana/ciliella since 2008 and they have all proven to be A.heracliana.
Dissection 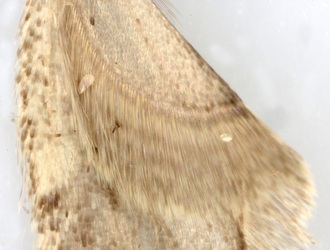