Eupithecia pulcehllata (Foxglove Pug) §5 female
ID: Broad grey median fascia with a kink in its distal margin as it approaches the costa. Very similar to E.linariata (Toadflax Pug) which is smaller (fw 9-10mm, ws: 16-20mm); has the distal margin of the median fascia smoothly curved to the costa; and flies Jul-Aug.
ssp hebudium has a greyish-white ground colour and the brown bands are greyish.
Male genitalia: E.pulchellata has a more elongate aedeagus than E.linariata; there does not seem to be any significant difference in the armature or in the S8 ventral plate.
Female genitalia: There do not seem to be any consistent differences between E.pulchellata and E.linariata in the female genitalia. 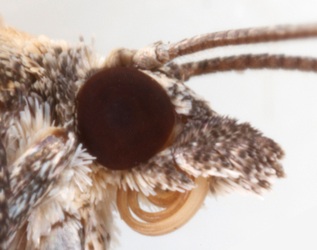 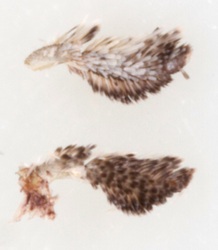 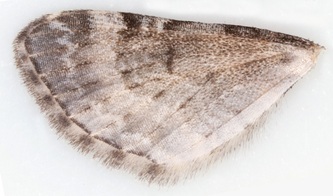 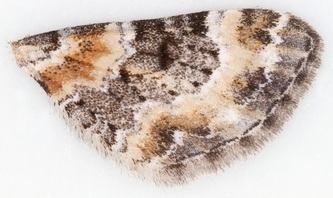 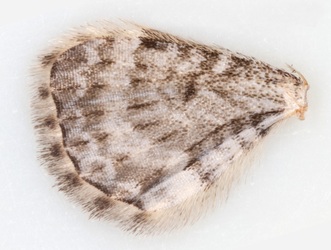 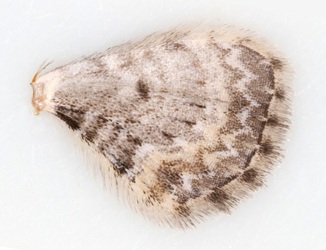 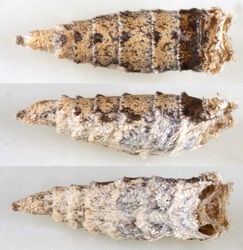 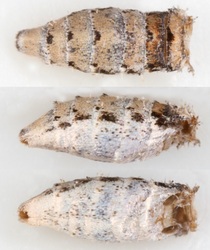 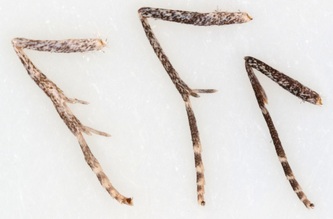 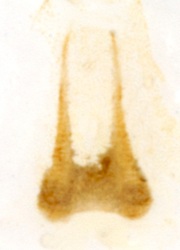 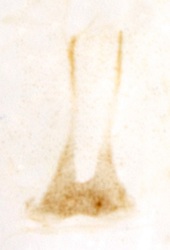 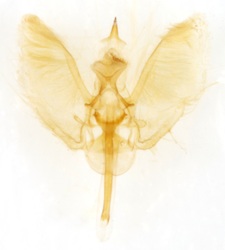 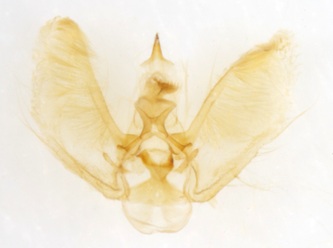