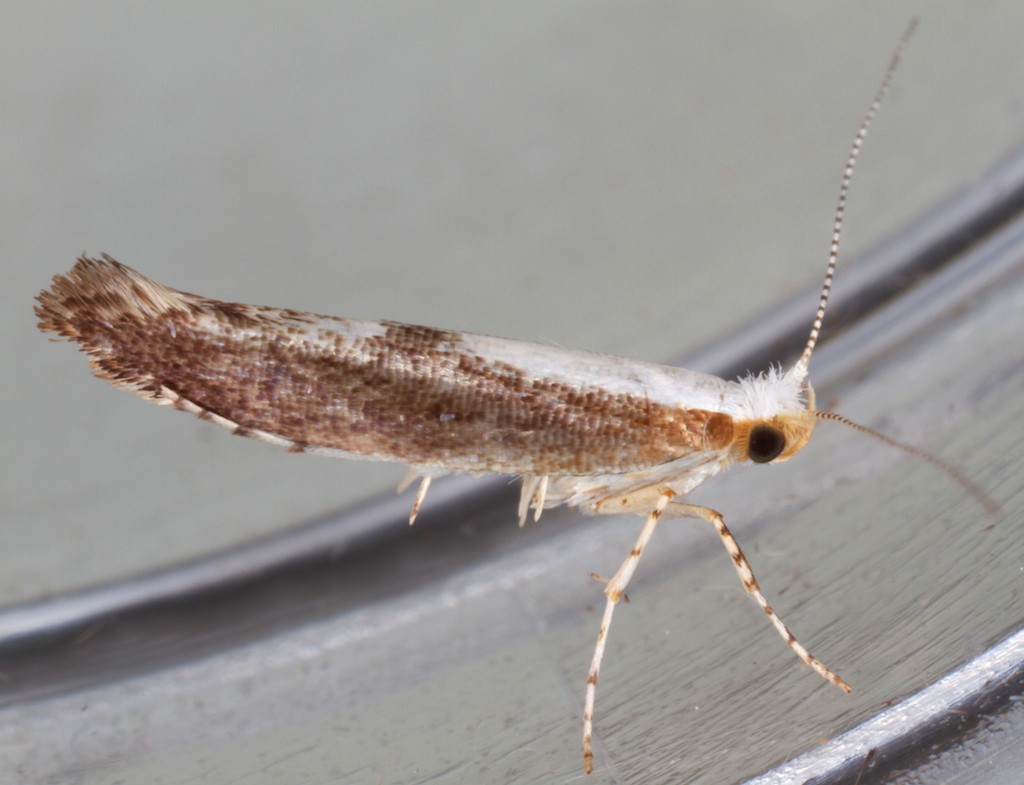 Argyresthia semifusca §1 female
ID: Five Agyresthia species show a similar pattern with a largely purplish fuscous forewing with a white dorsal streak 'continuous with' a white thoracic dorsum and vertex and interrupted by a patch of ground colour at ~ halfway along the forewing dorsum.
A.conjugella: (ws 10-14mm) has its ‘white’ areas (head, thorax and dorsal streak) tinged ochreous. Its tegulae are deep purplish brown, not contrasting much with the purplish brown colour of the forewing. It has several dark purplish fuscous markings: an oblique fascia leading from the dorsal mark distally towards the costa (but not usually reaching it); a costal spot opposite the dorsal spot (in the position of a median fascia, but the purplish fuscous colour between the costal and dorsal spots is paler so the ‘median fascia’ is incomplete); and a basal streak edging the basal third of the dorsal streak. It also has a discrete whitish preapical costal spot.

A.spinosella: (ws 9-11mm) has golden-brown tegulae contrasting with the purplish fuscous forewing and marked white costal strigulae. It flies Jun to mid-July.
A.semifusca: (ws 10-13mm) has brown tegulae showing some contrast with the forewing ground colour. it may show some white costal strigulation but not so obviously as in A.spinosella, this feature being used to separate the species in the key in MBGBI3. It flies late Jun to early Sep so individuals found later than mid-July are much more likely to be A.semifusca. Hants moths suggests that genital dissection is required to distinguish A.semifusca/A.spinosella but I cannot discern any differences in the male between the images at dissection group for these two species. In the female it there appears to be a difference in the signum, that of A.semifusca having more elongate arms and a central hump in a skyline view, this central portion being fairly flat in A.spinosella.
Both A.pruniella and A.bonnetella have the forewing white suffused cream in the costo-basal quadrant, and a distinct brown central basal streak.
<
> 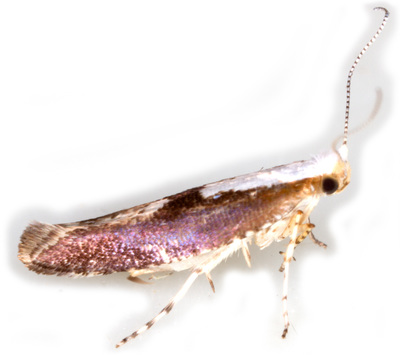 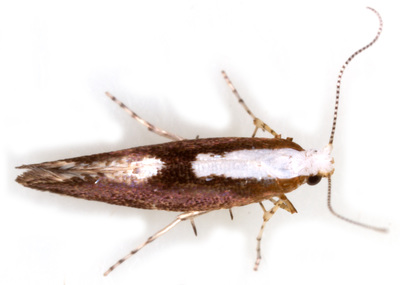 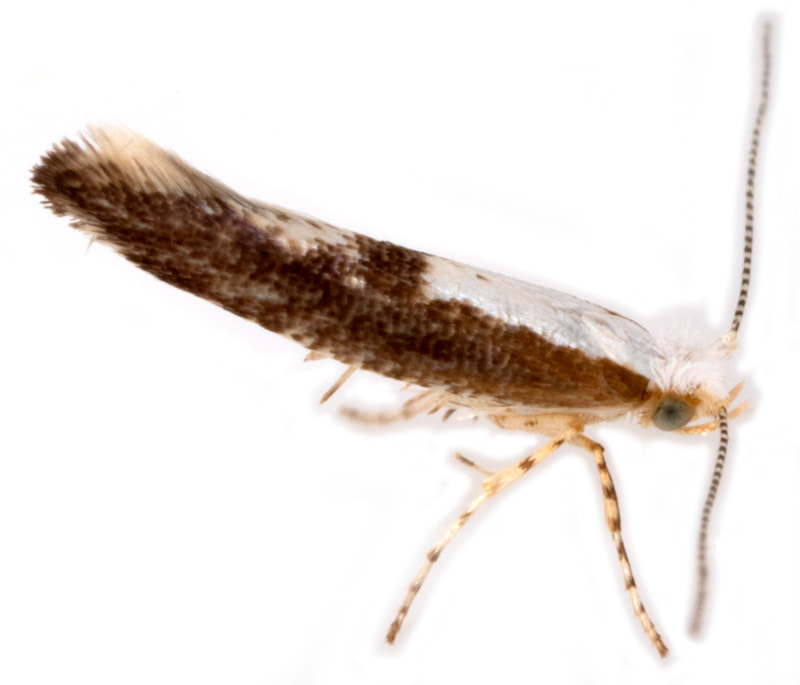 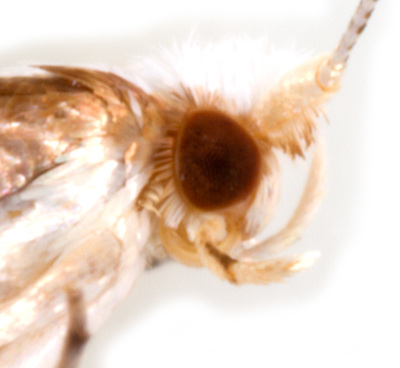 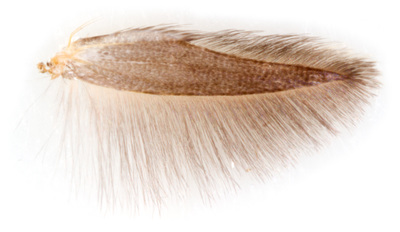 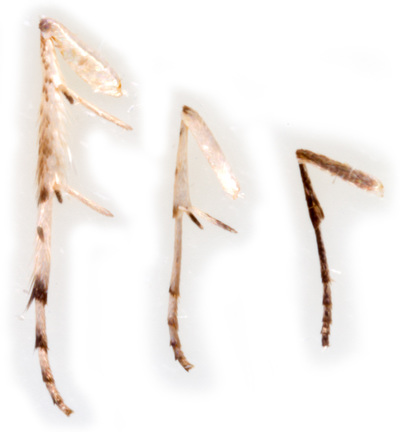 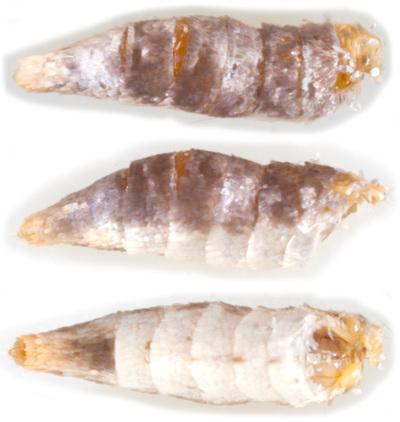 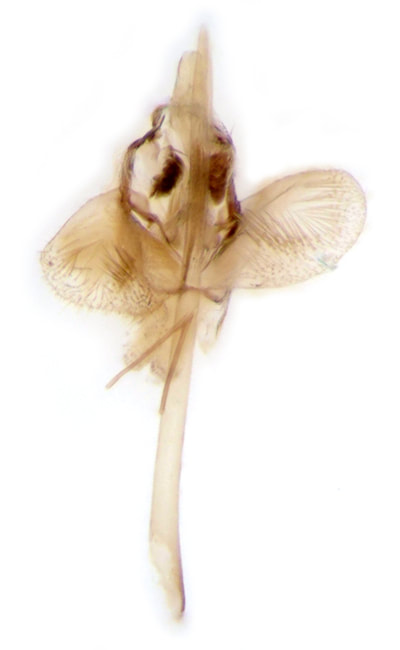 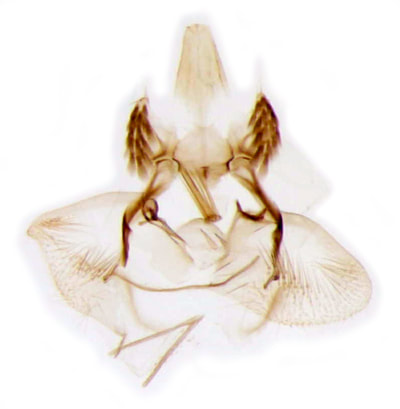 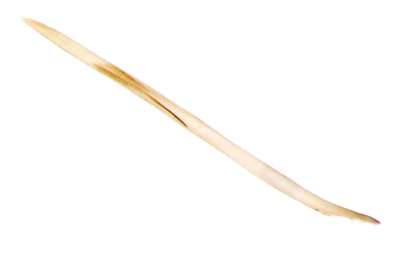 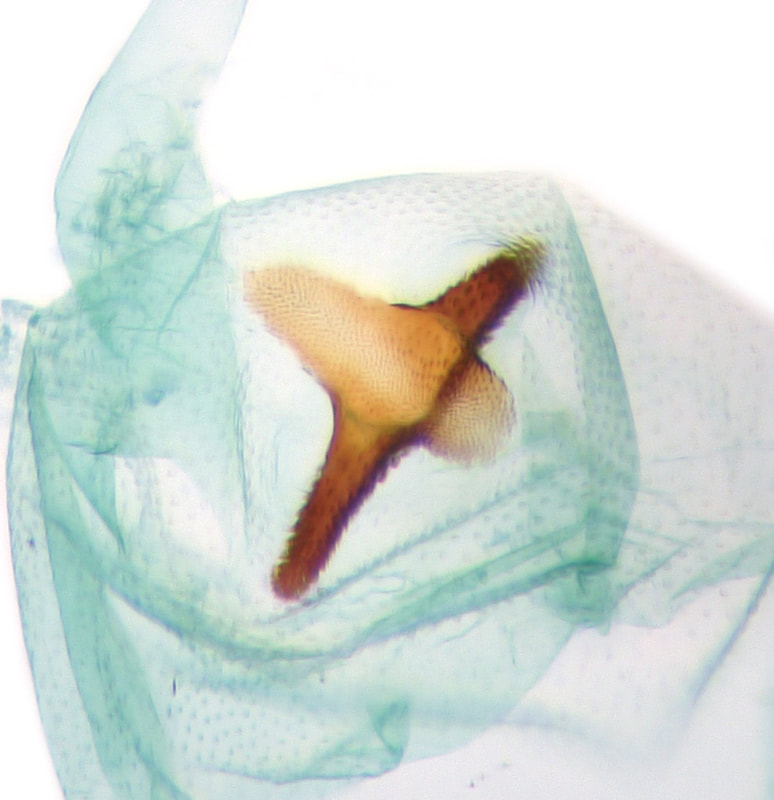 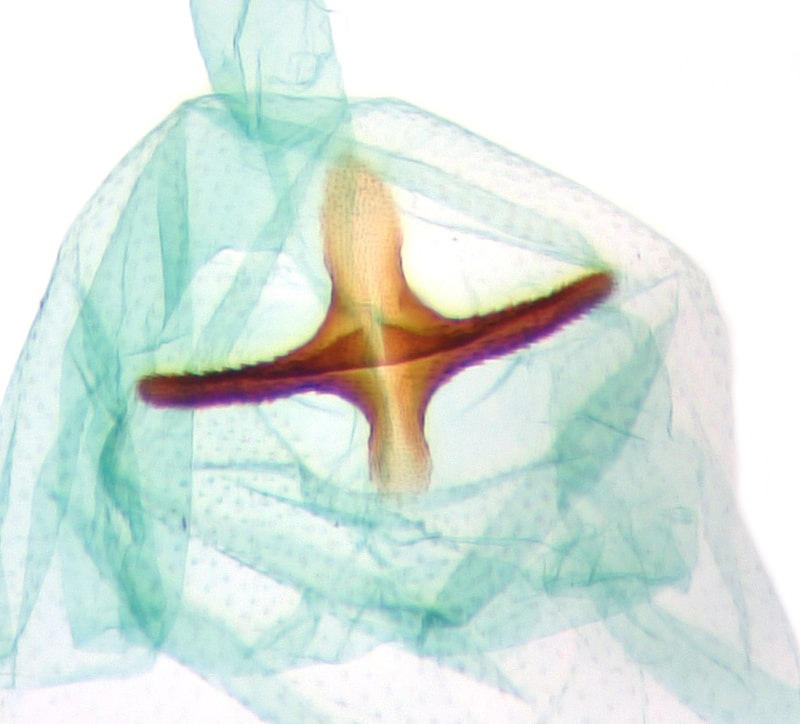 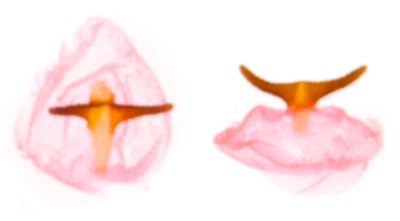 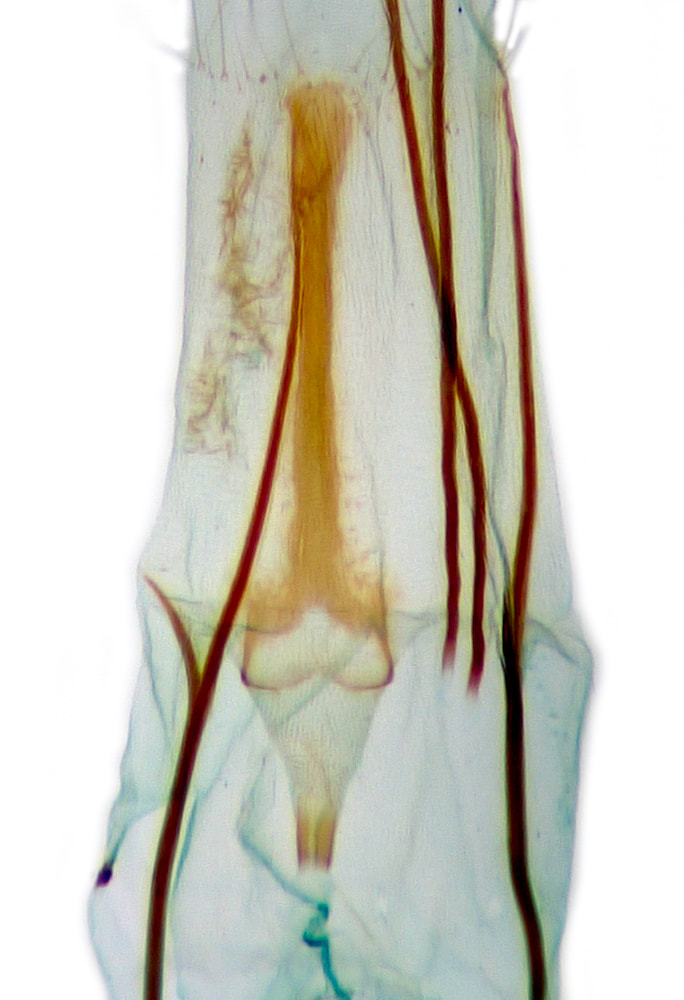