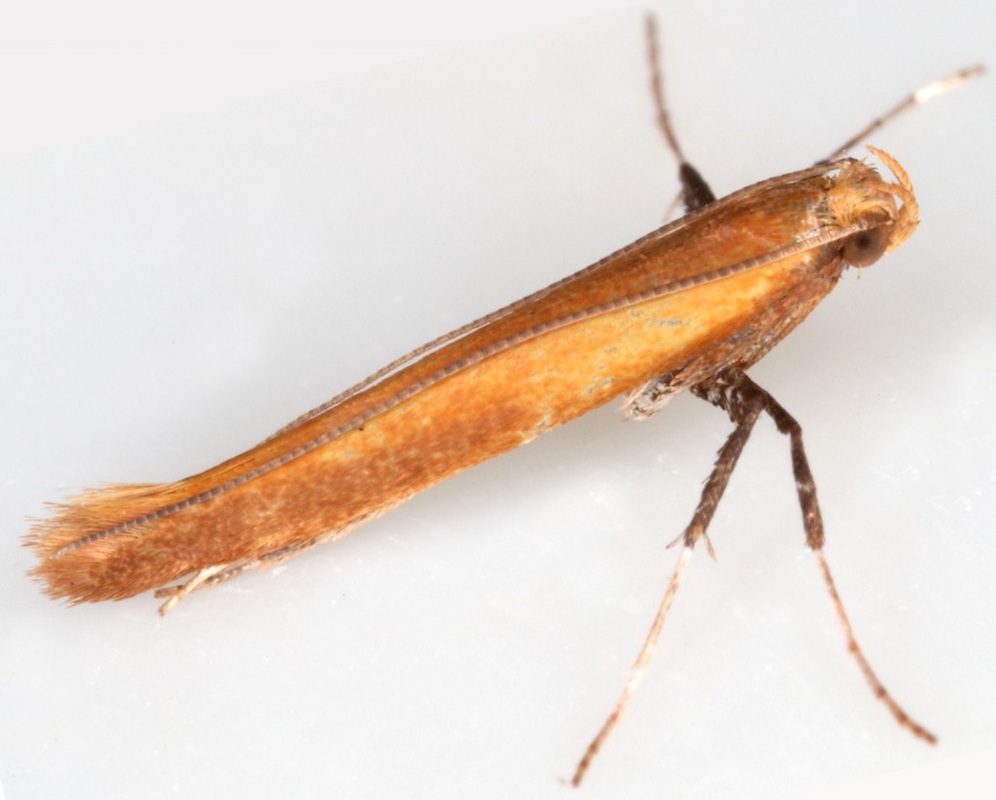 Caloptilia rufipennella §1 male
ID: S2 of labial palp not tufted; forewing chestnut-brown without any distinct markings; ws 11-12mm. Note that specimen §1 has ws ~13mm.
C.betulicola/elongella also lack distinct markings, they are both larger (ws 14-16mm).
A further distinction given in MBGBI2 and UKmoths is an obscure pale band on the foretibia of C.rufipennella but not on C.betulicola/elongella.
With the eye of faith this can be seen on the images of the live moth but it seems to be missing in the leg preparation below.
Male genitalia: The long strong cornutus is quite different from the much smaller multiple cornuti shown by C.betulicola/elongella 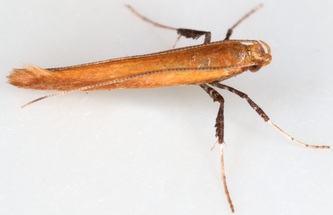 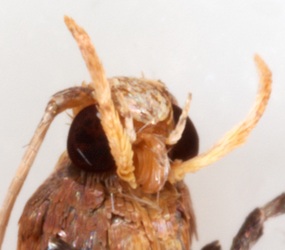 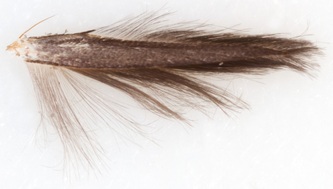 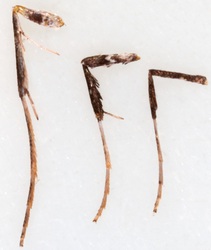 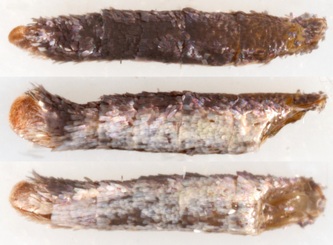 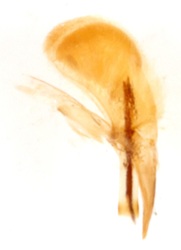 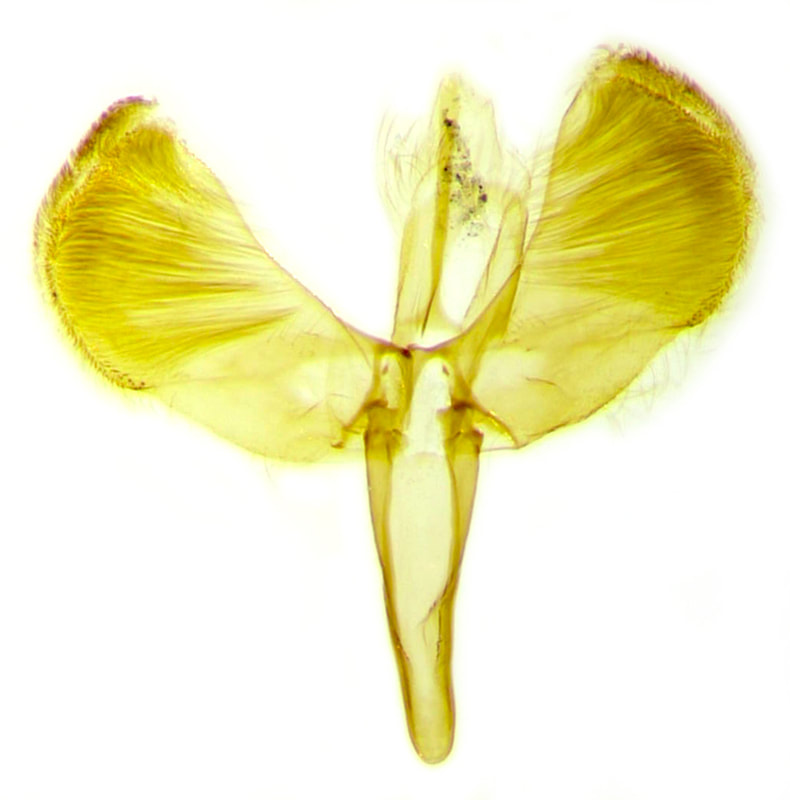 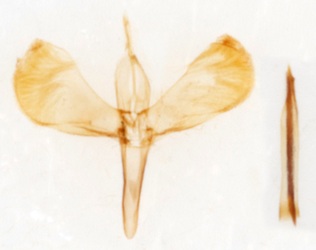 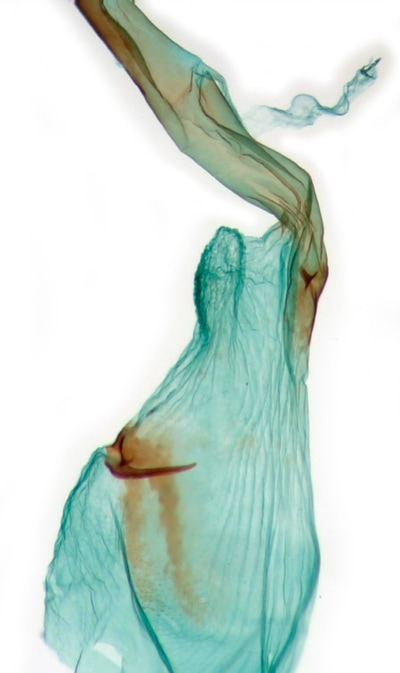