Phylllonorycter salicicolella §1 male
ID: Currently keyed as: Forewing markings white on a coloured background, C1D1 not forming a complete fascia, thorax with white median line; strigulae 4C3D, with black edging; basal streak without black edging; angle between anterior borders of C1 and D1 >90 degrees. But since the 3 specimens shown here have been confirmed to the best of my ability from genital dissection, this key requires some elaboration.
Due to variability of this species, there are substantial problems in identifying it confidently from a key: sometimes C1D1 does form a complete fascia; sometimes the angle of C1D1 is 90° or acute; the thoracic median line may be faint or absent; black edging of the strigulae is sometimes obsolescent.
P.dubitella is similar (and seems to have virtually indistinguishable male genitalia - (in comparing images at Moth Dissection the saccus appears shorter and more angularly shield shaped in P.dubitella, more elongate with a rounded apex in P.salicicolella). It is keyed as having the angle between the anterior borders of C1 and D1 acute, but it may be more accurate to say that C1 and D1 curve towards the apex almost meeting in an acute angle; whereas in P.salicicolella C1 and D1are straighter, but in some examples there is a longitudinal streak projecting distally from the apex of D1. MBGBI3 also mentions that the (dark) fringe line on the termen is slightly concave in P.dubitella and slightly convex in P.salicicolella; I have been unable to convince myself of this distinction in comparing images labelled as these species. It may be that the dark apical streak is short and relatively narrow, only reaching  as far as D3, in P.salicicolella and longer and broader in P.dubitella, reaching at least as far as D2.
​I need more experience with this species!
<
> 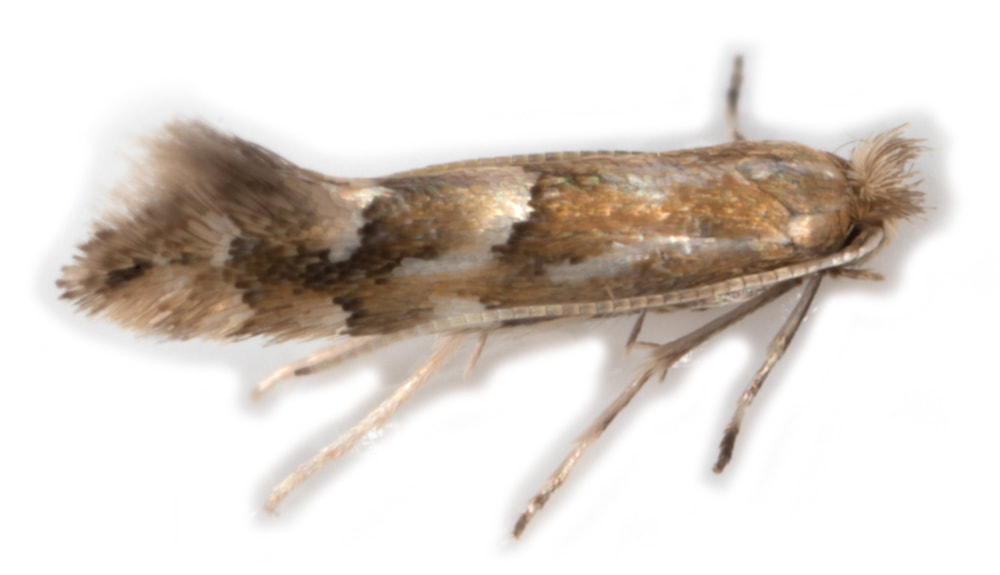 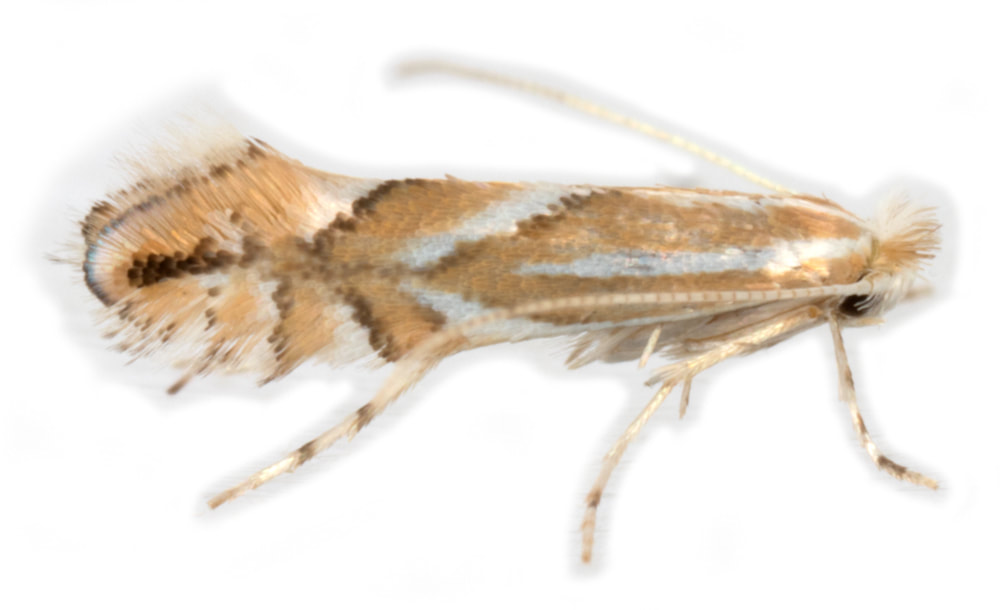 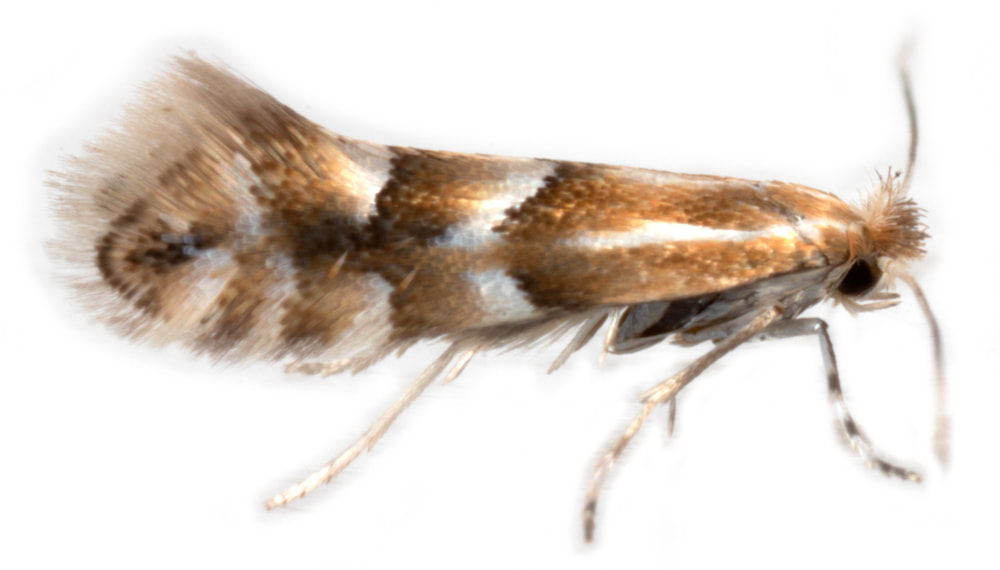 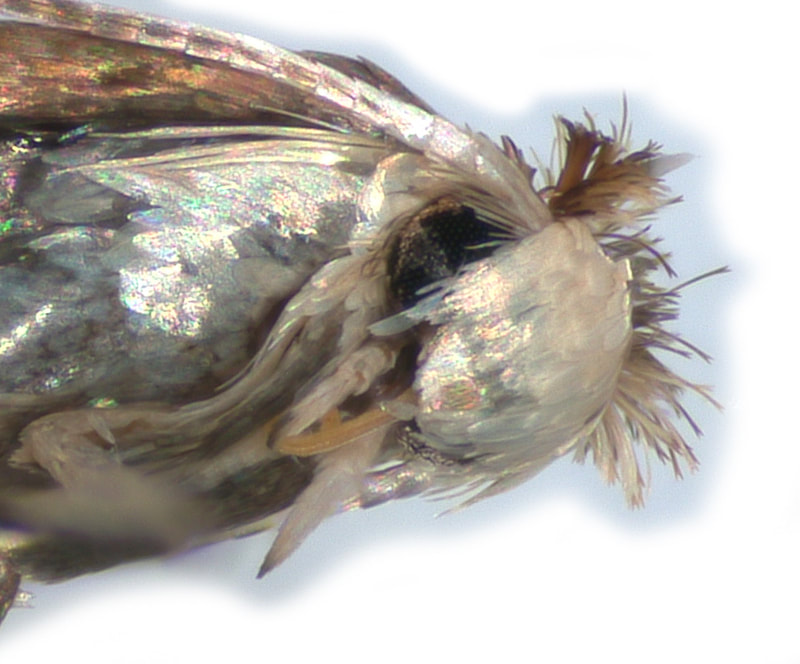 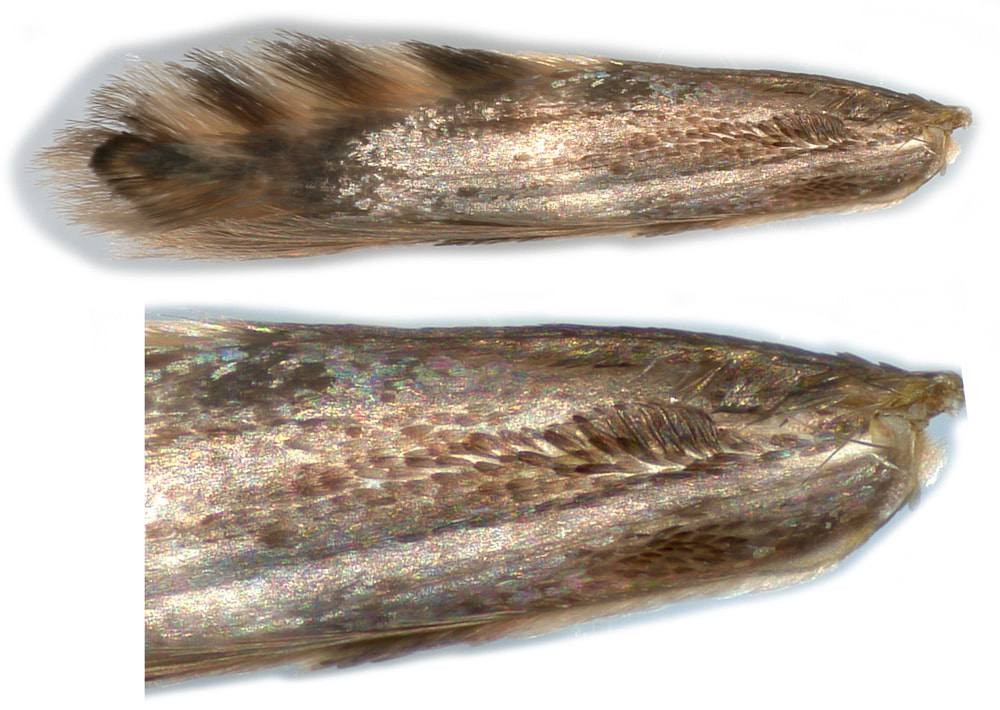 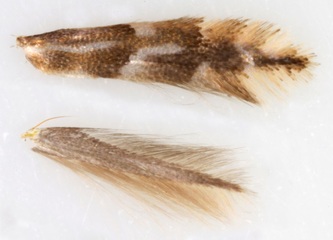 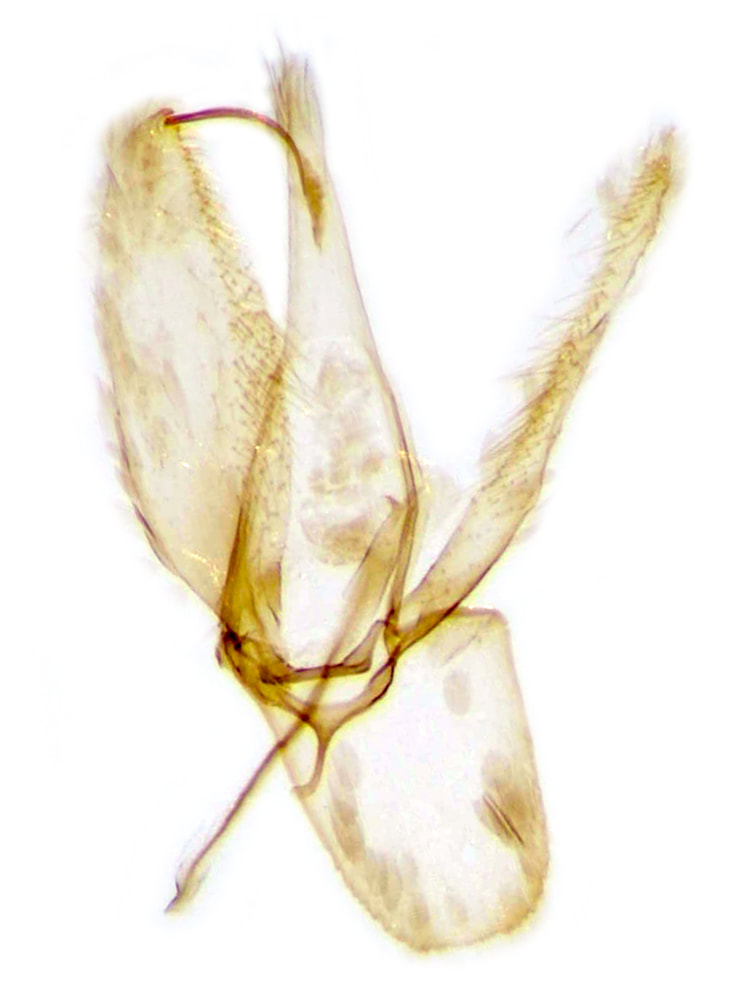 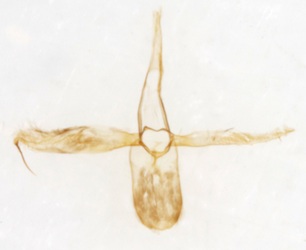 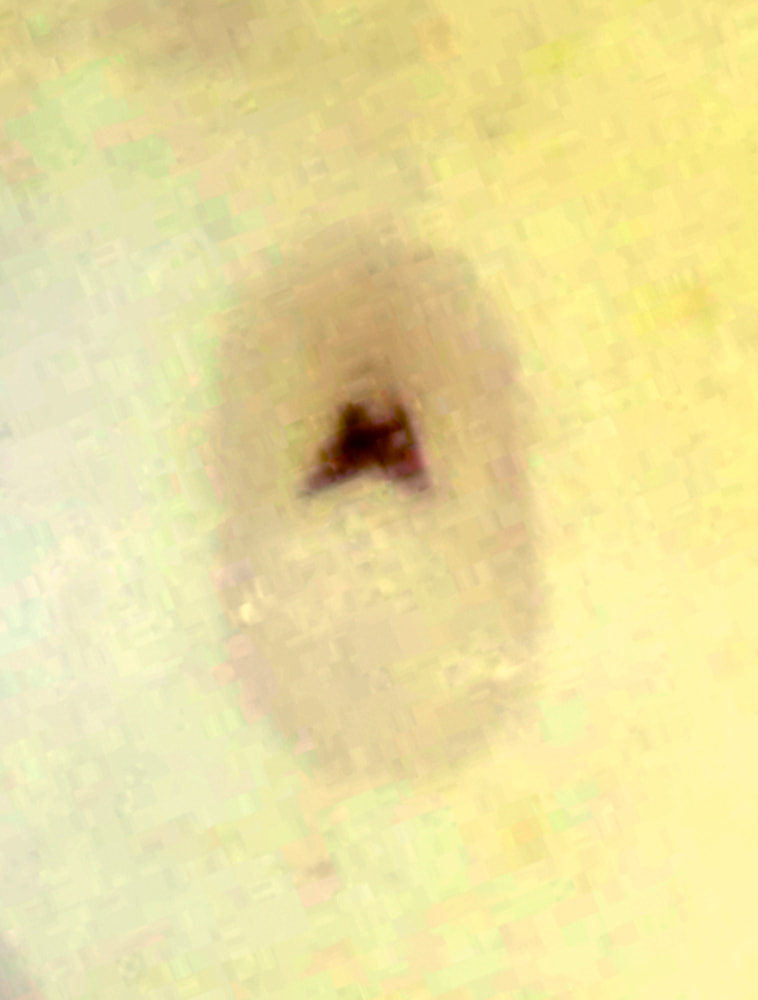 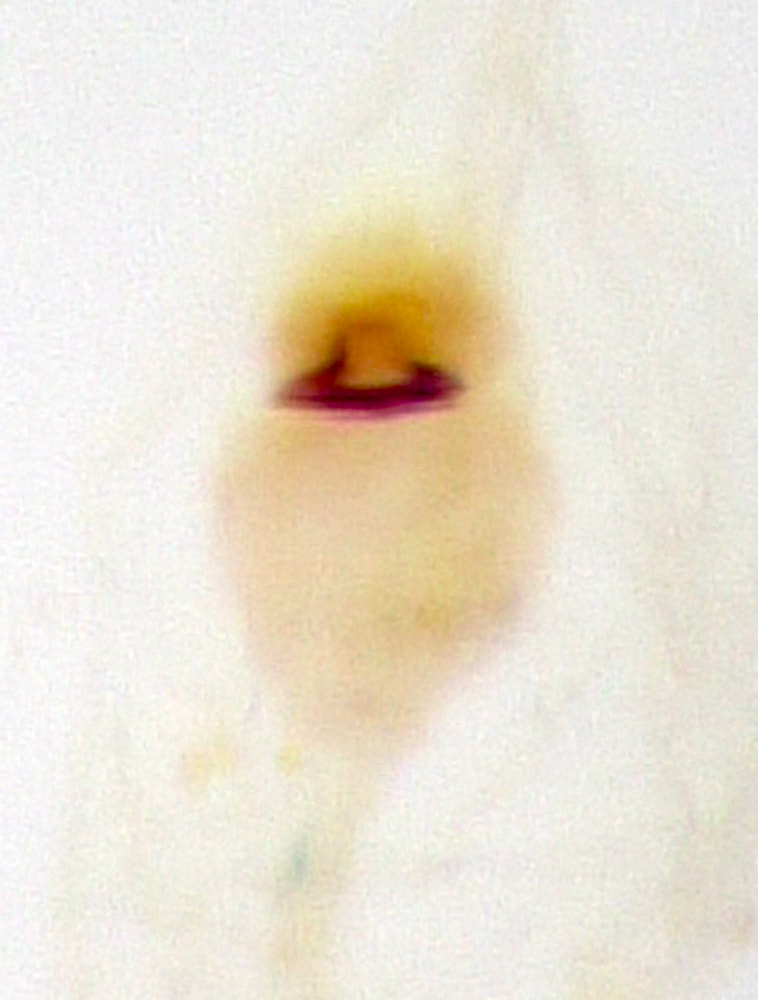