fw: 8mm; bindweed (Convolvulus); this is the first British Record; Isles of Scilly 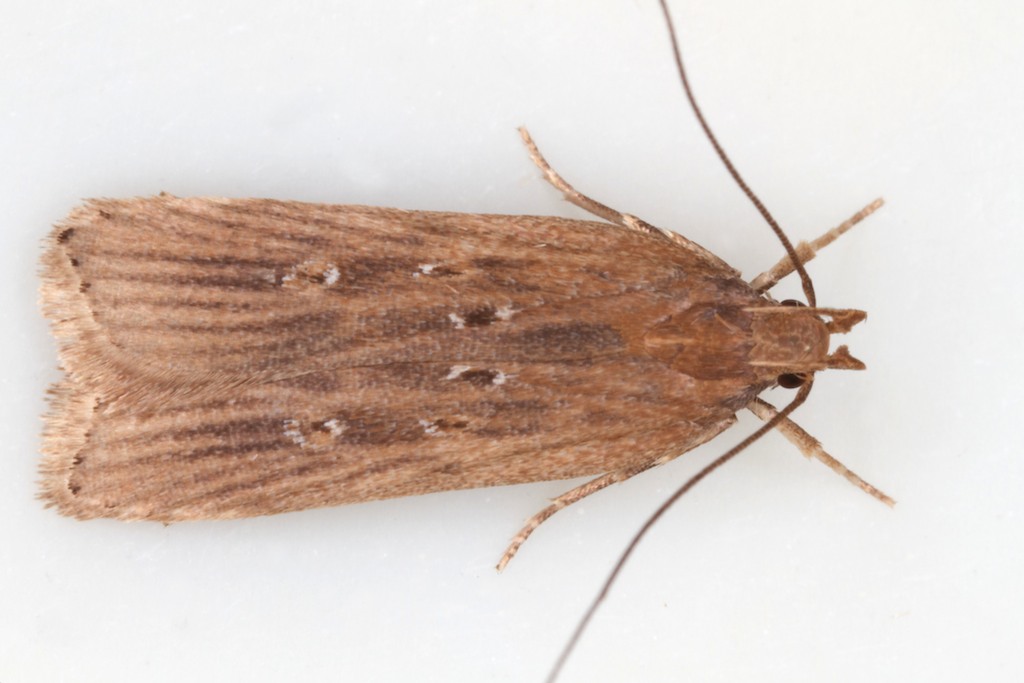 Helcystogramma triannulella §1 female
Description: Scaled proboscis. No ocelli. Labial palps S2 ascending, S3 recurved and ~same length as S2. Forewing elongate, almost rectangular; apex and tornus fairly distinct, apex almost 90 deg, tornus slightly >90 deg; 1 plical and 2 discal stigmata, each with a small ring of white scales (hence triannulella); ground colour brownish with darker streaks at the dorsum, fold and disc, and with all the veins to the costa and termen lined dark; terminal interneural dots; V2&3 stalked, V7&8 stalked*. Hindwing broader than forewing, cilia shorter than hindwing breadth; apex not or minimally produced. * The genus description in MBGBI4.2 says V7 to apex - if my interpretation is accurate it looks more like V8 to apex in this specimen. It is possible that it is the interneural spaces that are dark-lined and the terminal dots are neural, in which case V7 could be interpreted as to the apex. The genus description also has V9 out of or connate with V7 - but as far as I can see V9 is clearly out of the disc in this specimen.
Female genitalia: Ovipositor fairly short; ostium with a postero-ventral sclerotised extension from sterigma (this arrangement looks very similar to the drawings of Helcystogramma female genital drawings in MBGBI4.2 (figs 45c & 45d)); a pair of small lateral sclerotisations in introitus; short narrow ductus bursae, then a junction to a broad pleated ribbon-like posterior part of bursa copulatrix which then opens anteriorly to a more 3-dimensional somewhat less pleated anterior part of bursa copulatrix which contains a small roundish signum. (It is likely that this pleated ribbon shape of the bursa copulatrix would like more like the broad sac shape of the MBGBI drawings of other Helcystogramma species if it were fluid-filled). 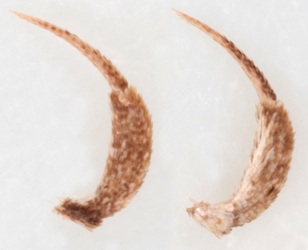 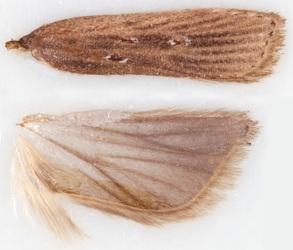 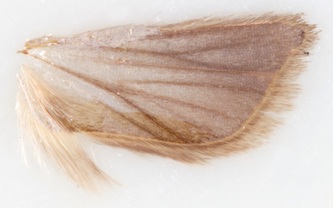 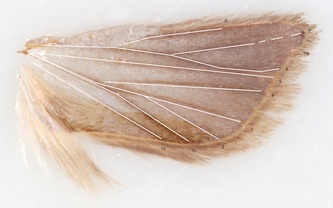 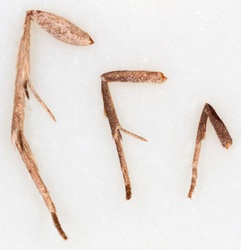 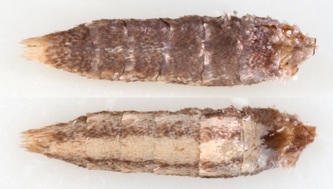 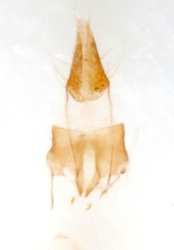 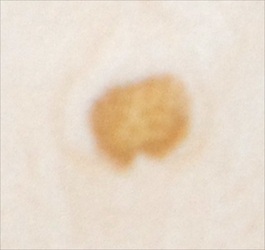