fw: 16-18mm; Jul-Aug; first recorded 2001 and a local resident from Kent to Hampshire.
Only recognised as a separate species in 1991 (and some doubt remains over the validity of the split from N.janthe) 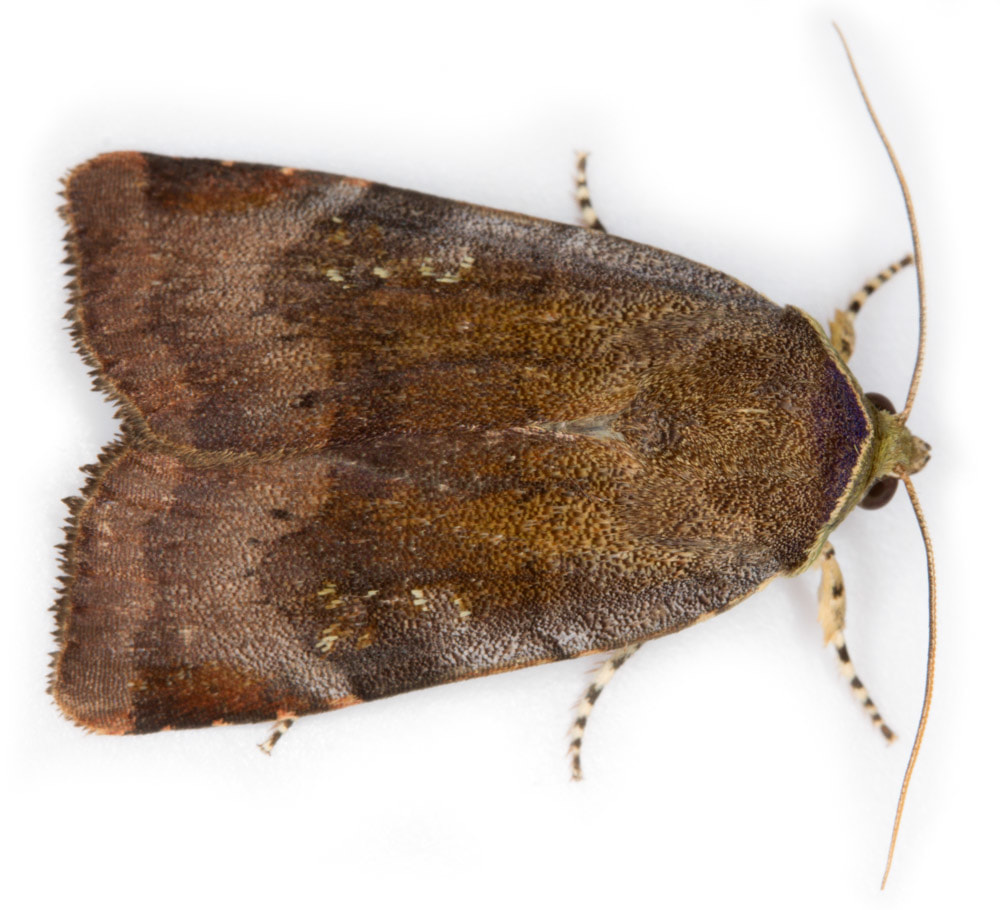 Noctua janthina (Langmaid's Yellow Underwing) §4
ID: The contrasting pale green of the collar (patagia) which is 'continued' onto the base of the costa is a good feature for recognising this species and the extremely similar N.janthe (Lesser Broad-bordered Yellow Underwing). Forewing ground colour deep purplish-brown clouded blue-grey; markings obscure but oval and kidney usually at least partly outlined whitish, and subterminal line may be whitish; distal 2/3 of costa red-brown, this colour expanding as a triangular wedge containing 3 whitish costal spots near the apex; hindwing appear black with a central yellow spot;
Distinction from N.janthe is covered by the Difficult Species Guide and at Moth Moth DIssection. See N.janthe vs N.janthina for a comparison of these two species. The hindwing upperside provides the best identification feature: In N.janthe this appears bright yellow with a broad subterminal fascia, and a dorsal blackish smudge continuing to the wing base, the costa being largely yellow. In N.janthina the black subterminal fascia is continued along the costa and the blackish dorsobasal smudge is darker and more extensive so that the hindwing appears black with a central yellow spot, rather than yellow with a black border. This hindwing difference is more apparent in male than female N.janthina (implying sexual dimorphism in N.janthina). On the forewing underside both species show an extensive blackish basal area and a brownish terminal band. In N.janthe the distal margin of the black basal patch extends between veins as teeth and the terminal colour is yellow-brown; in N.janthina the distal margin is smooth and the terminal colour dull brown. DSG suggests that the forewing underside features do not provide absolute separation of the species.
Male genitalia: Both DSG and Moth Dissection describe and illustrate the only genital difference as affecting the basal diverticulum of the everted aedeagus, the diverticulum being narrow in N.janthina and broad in N.janthe. However, this feature is variable within each species and intermediates are found.
Female genitalia: Both DSG and Moth Dissection describe and illustrate a longer and narrower bursa copulatrix in N.janthe. In the specimens shown in DSG and at Moth Dissection the ratio of the length:breadth of the bursa copulatrix (length measured from the anterior sclerotised margin of the ductus bursae to the apex of the bursa copulatrix; breadth at widest point) gives 3.6-4.5 in N.janthina and 5.5-5.7 in N.janthe. 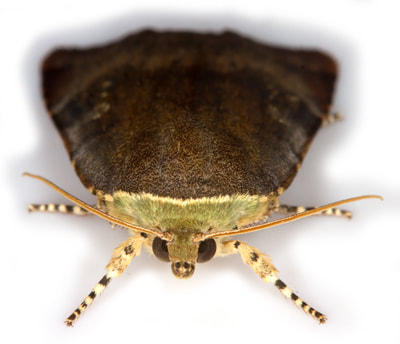 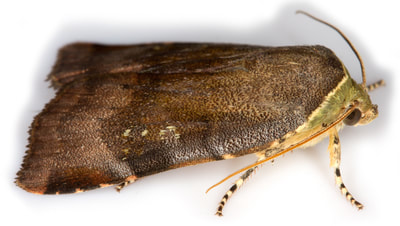 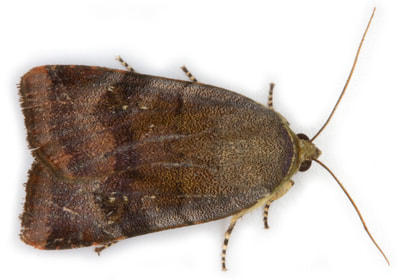 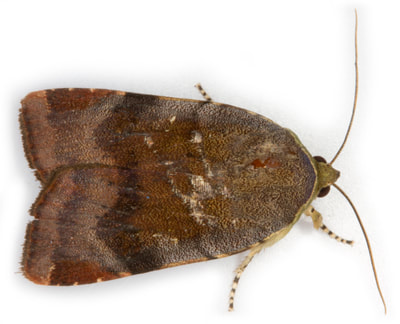 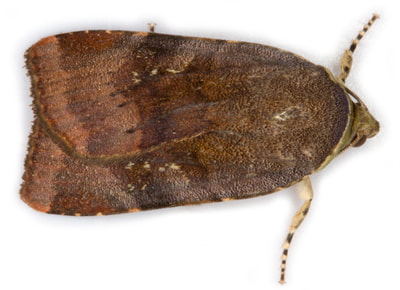 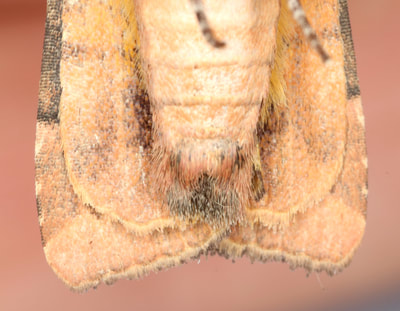 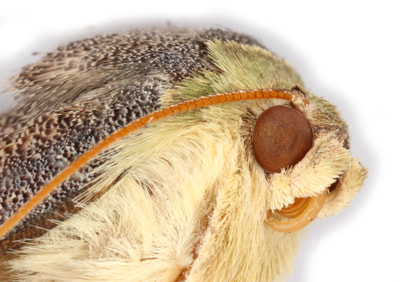 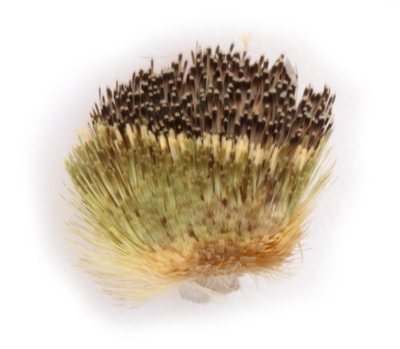 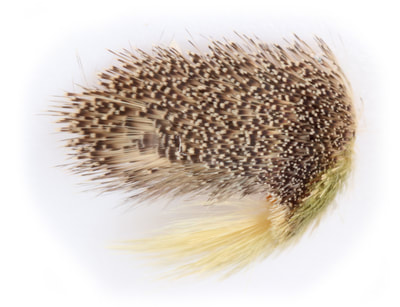 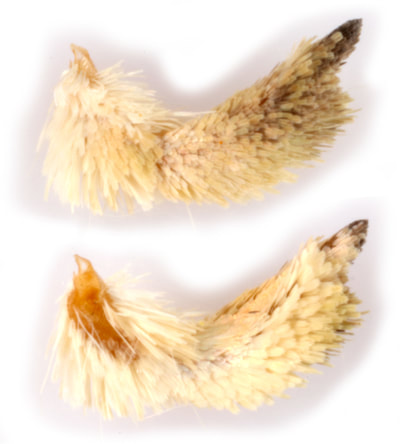 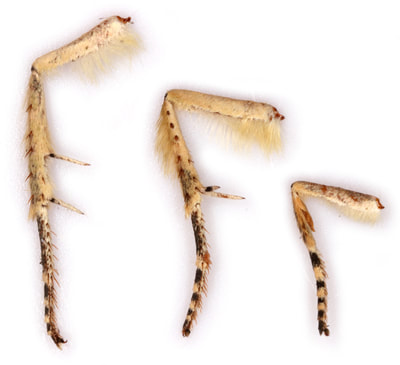 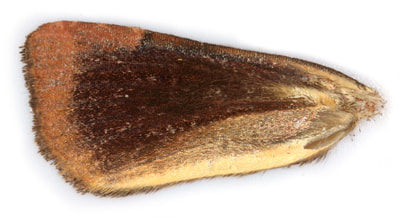 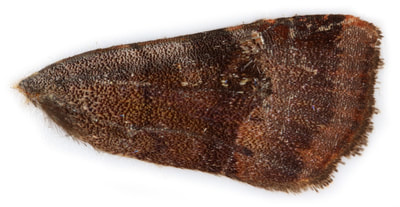 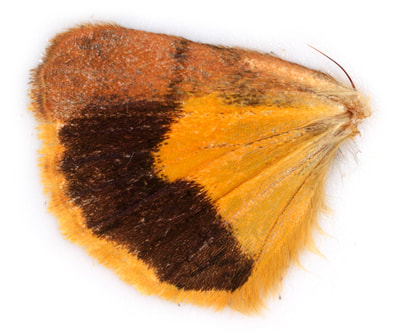 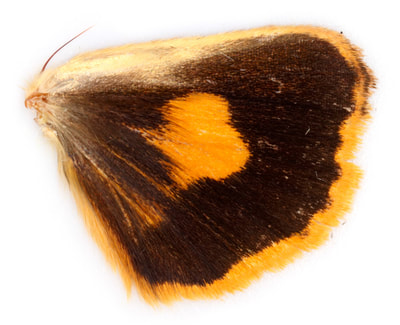 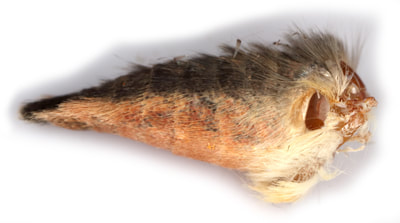 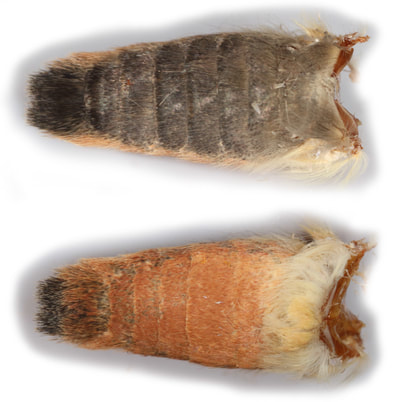 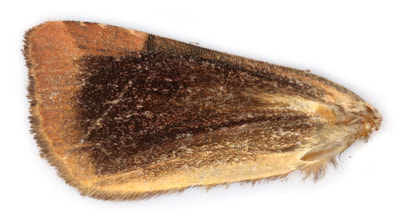 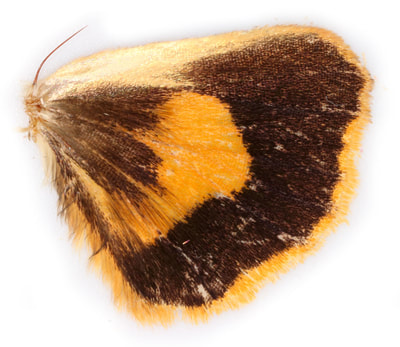 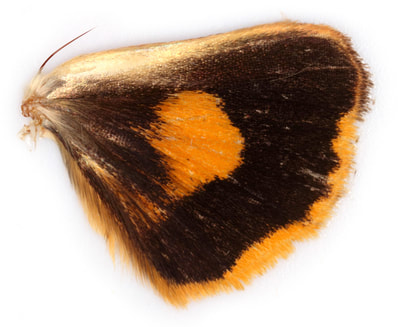 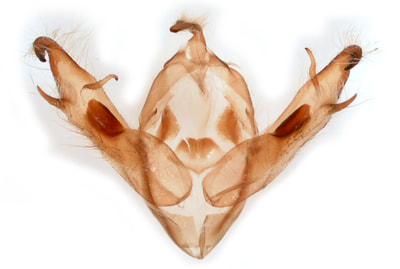 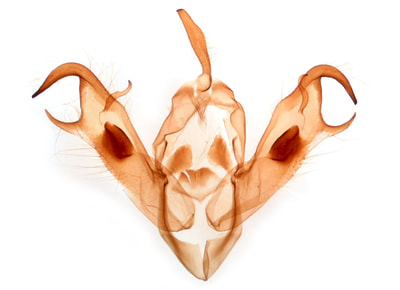 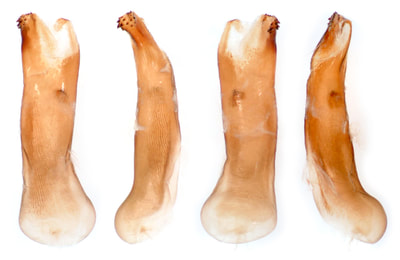