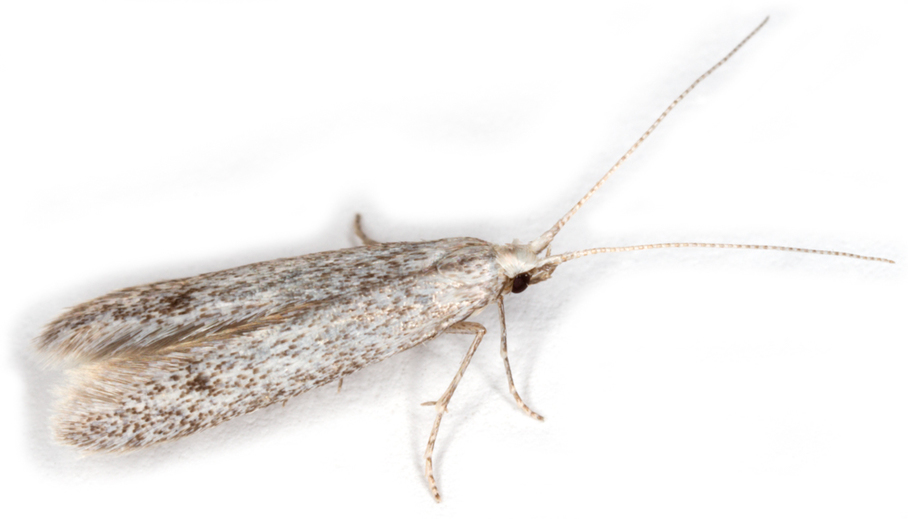 Coleophora hemerobiella §2 female
ID: This species is the first Coleophora to key out in the key given in MBGBI3: "Forewing appearing grey with a greyish fuscous stigma at end of discal cell". So keying this species depends on determining that the fw colour is grey, rather than white/whitish with scattered grey/fuscous scales and that the cluster of grey/fuscous scales at about 3/4 is a stigma. For specimen §1, I had not recognised a stigma or that fw ground colour was grey prior to identification from genital examination. In §2 the stigma is more apparent.
My key: Fw: not white (note contrast with white vertex), without longitudinal streaks or white markings; not metallic; antenna white ringed fuscous throughout; fw grey with scattered fuscous scales and usually a distinct stigma at end of discal cell > C.hemerobiella
The male genitalia are distinctive. 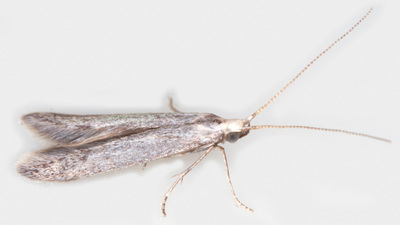 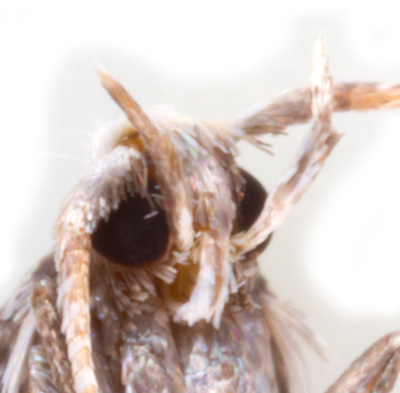 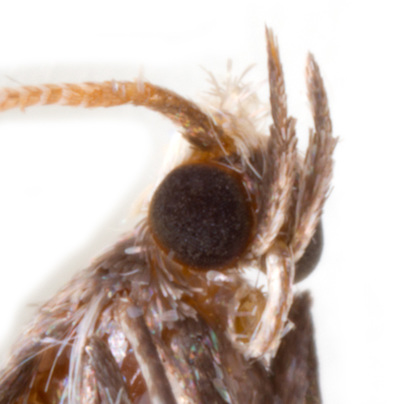 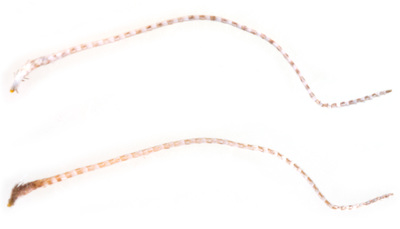 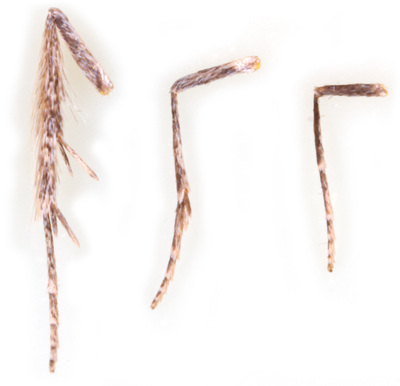 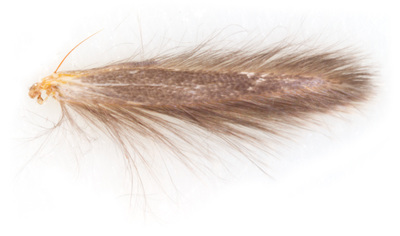 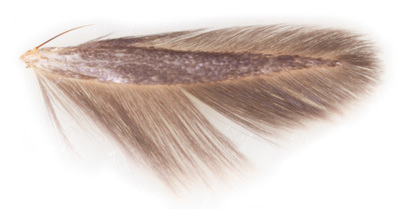 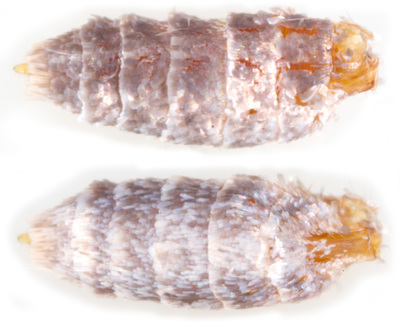 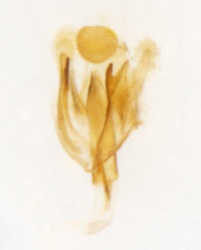 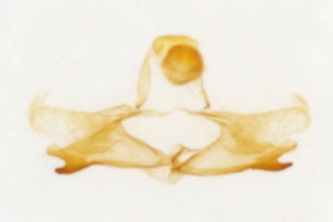 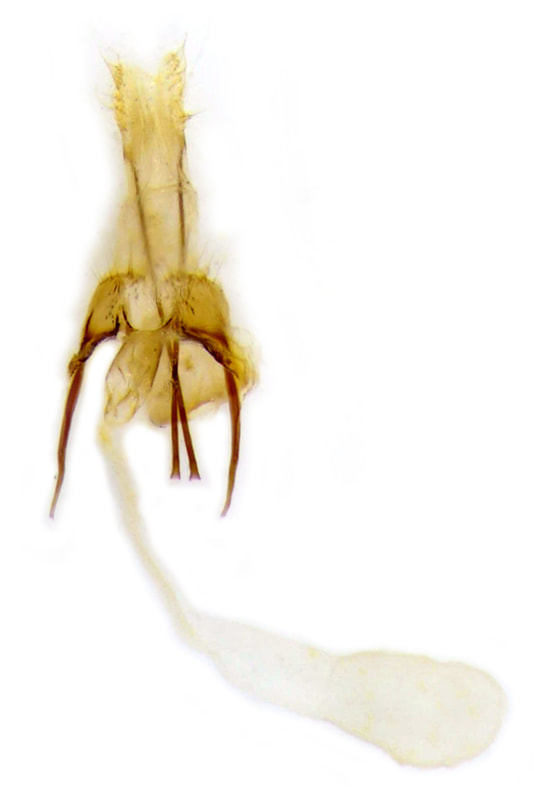 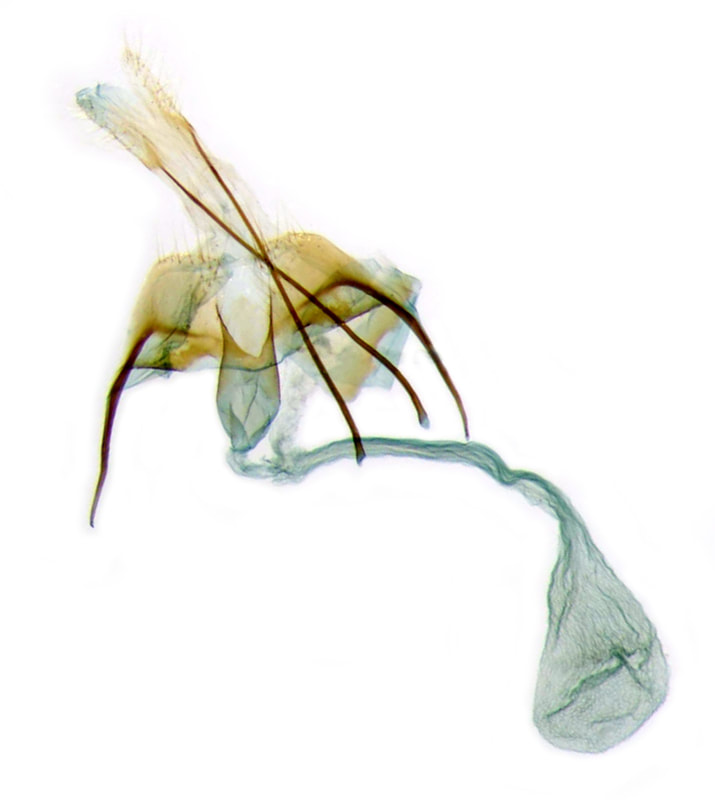 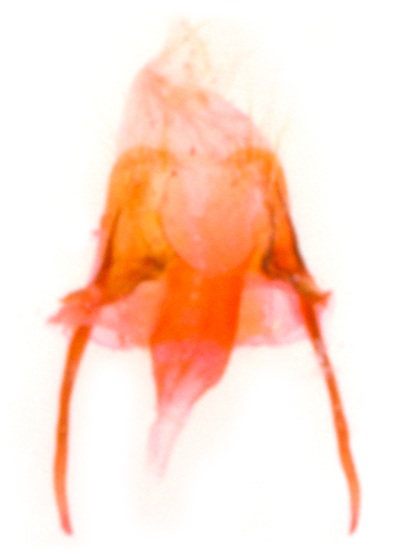 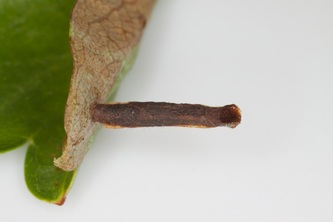 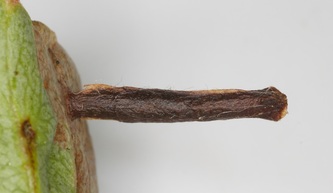 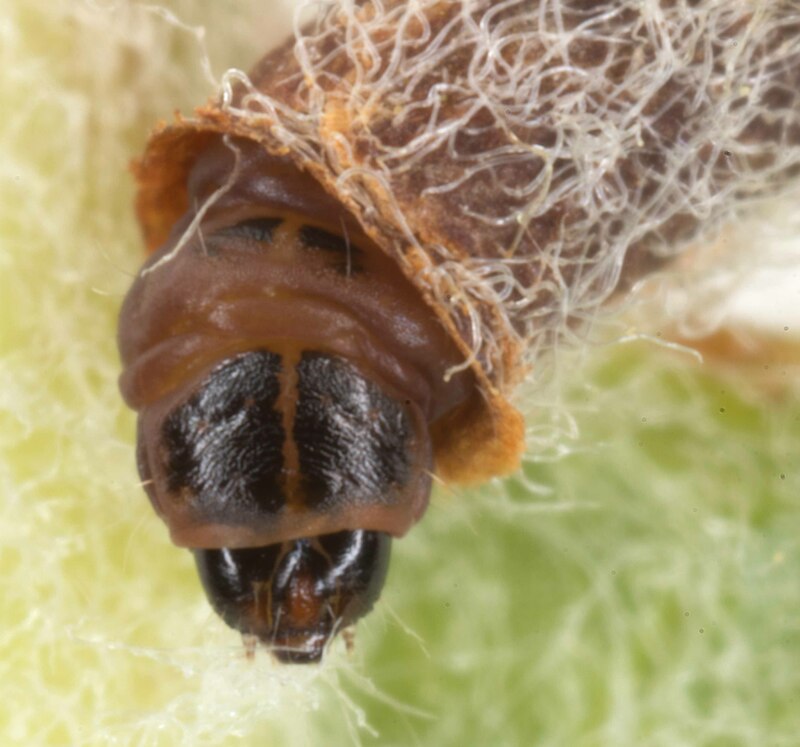 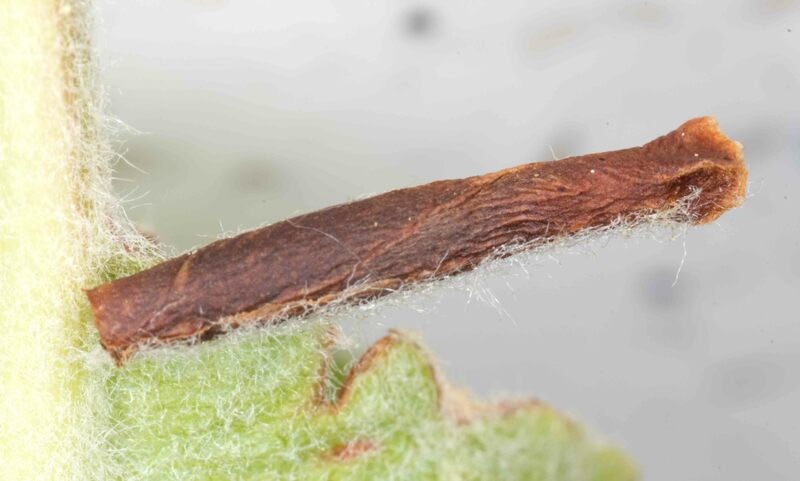