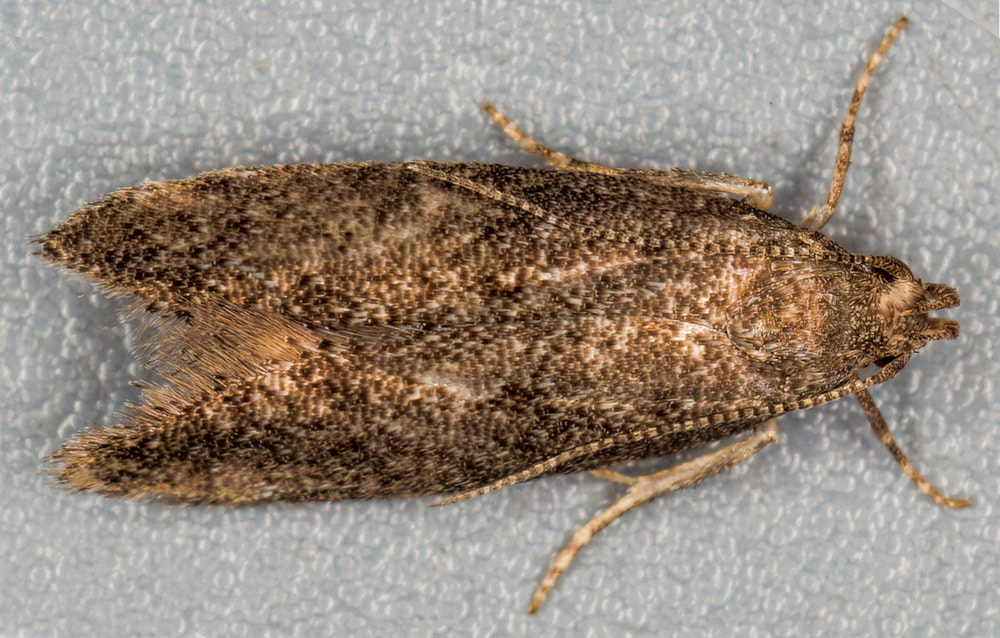 Athrips rancidella §2 male (image © Bill Crooks)
ID: Dark fuscous without any conspicuous markings. Genital determination required.
Male genitalia: The genus Athrips is keyed by its uncus with a brush of erect setae, but the long tubular valvae are also distinctive (and may protrude from the abdominal apex). The other two British Athrips species have distinctive forewing markings.

​In July (2022) Bill Crooks trapped a Gelechiid he suspected of being Athrips rancidella and was planning to send it to me for genital determination. The images he sent §1 looked good for this species but unfortunately the moth sent was not the moth in the images. In September Bill sent me a Gelechiid with virtually no markings for identification (§2) - this proved to be a male A.rancidella - and is the first confirmed record for Essex.
<
> 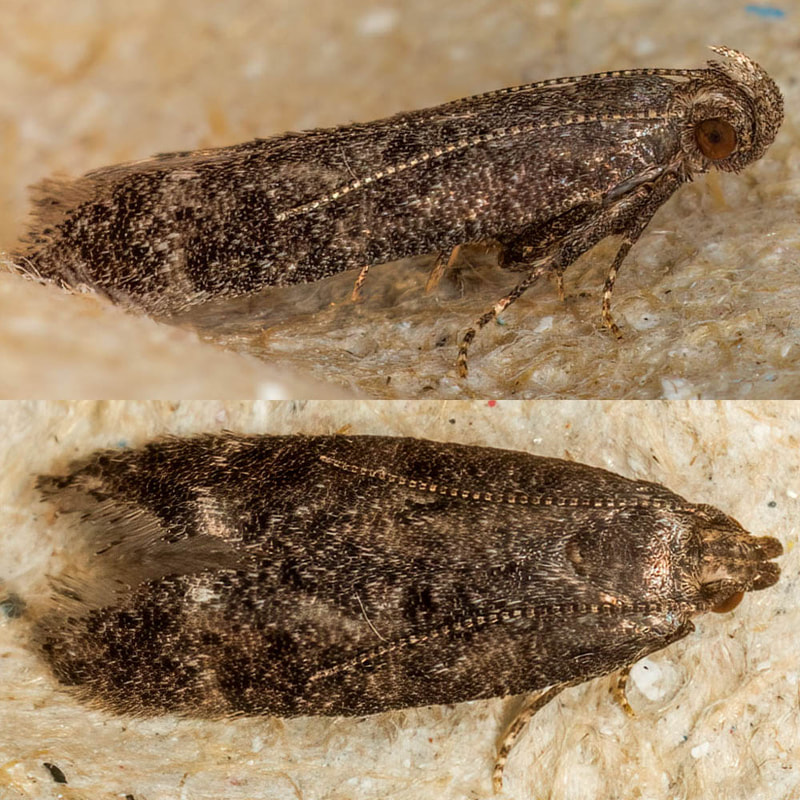 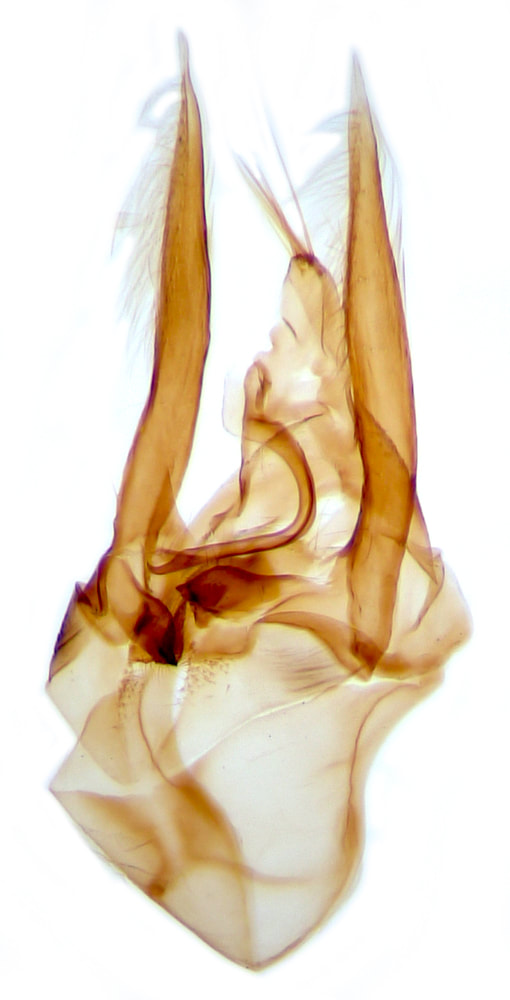 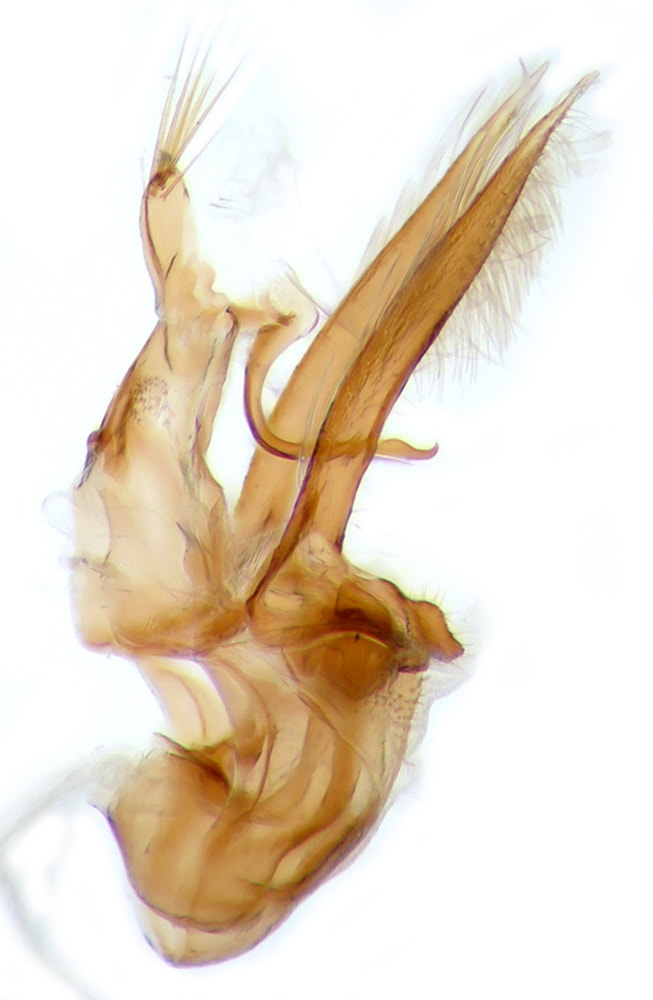 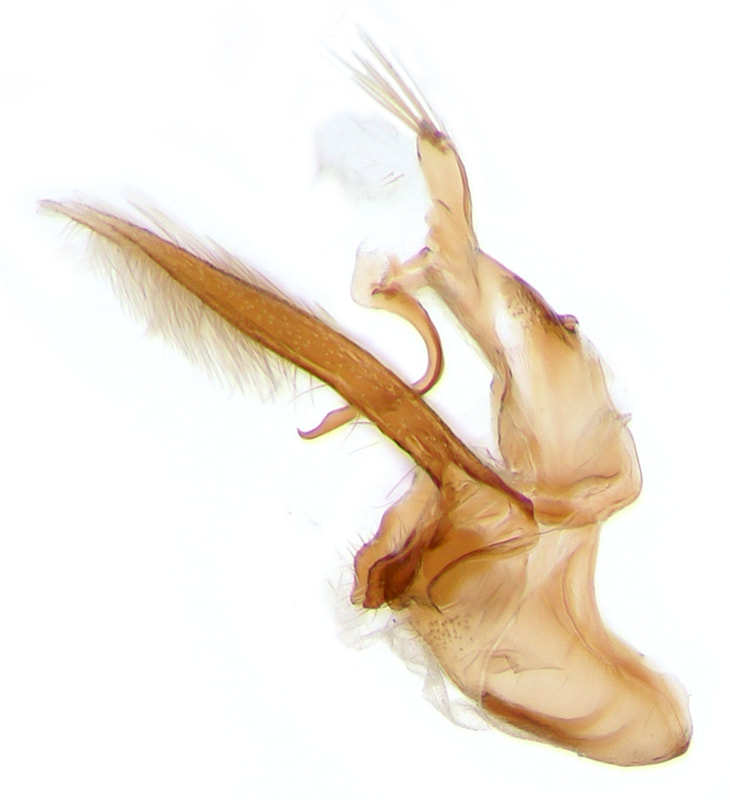 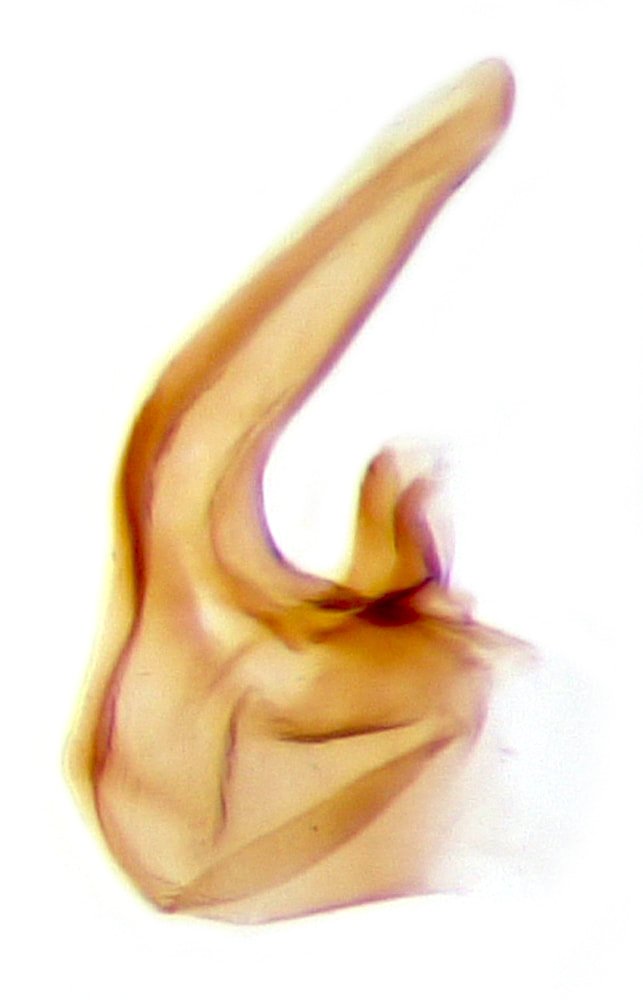