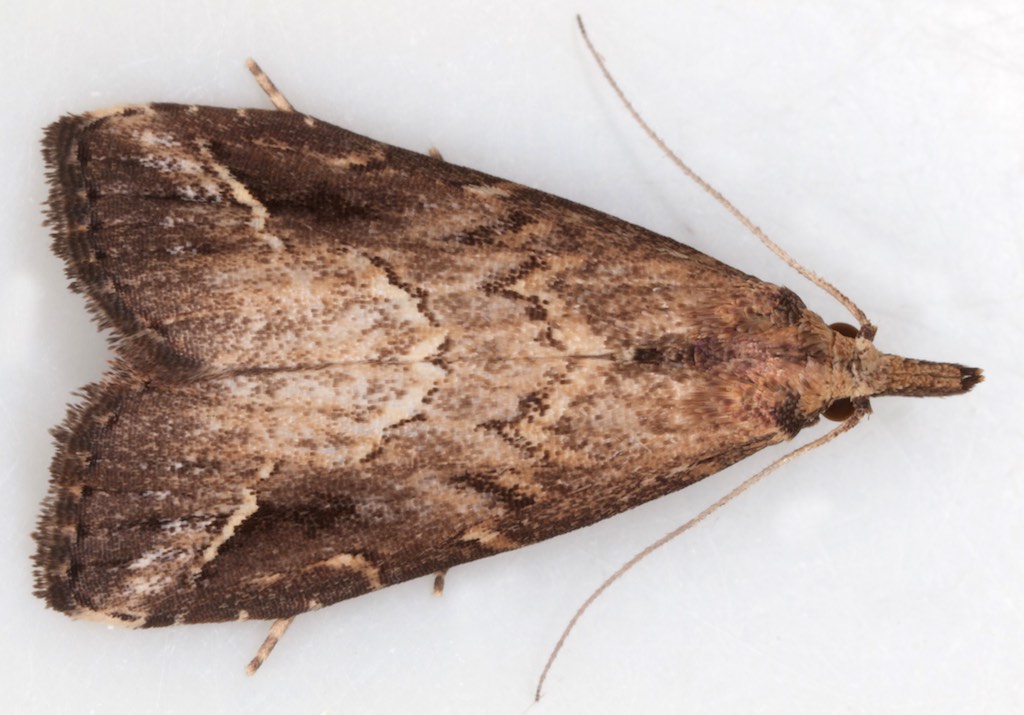 Schrankia costaestrigalis (Pinion-streaked Snout) §9
ID: Variable. Where it shows both an oblique white line and central black mark it may be similar to, though usually smaller than, S.taenialis (White-lined Snout) – in S.costaestrigalis the line is usually discontinuous with a median dorsal portion and a postmedian costal portion which passes through or is connected to the black mark and reaches the costa at ~4/5; in S.taenialis the white line is continuous and reaches the costa at ~3/4 and the black mark is separate from the line. Until familiarity with this species is gained it may not be recognised as a macro-moth and searched for unsuccessfully amongst the micros.
Male genitalia: long process from base of costa (absent in S.taenialis)
Female genitalia: signum about as wide as long (about twice as wide as long in S.taenialis - if the drawings in MBGBI10 are accurate)
<
> 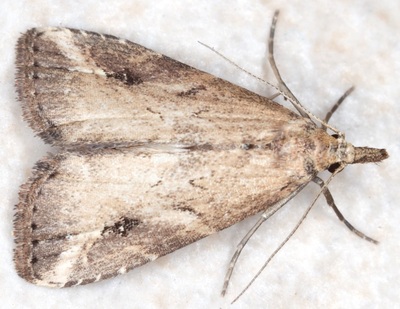 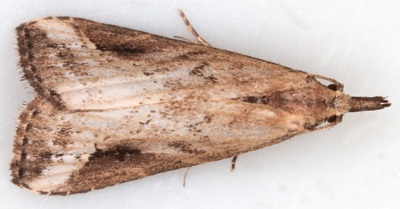 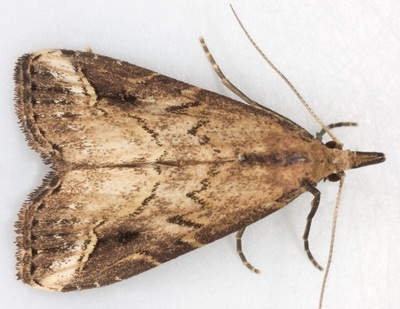 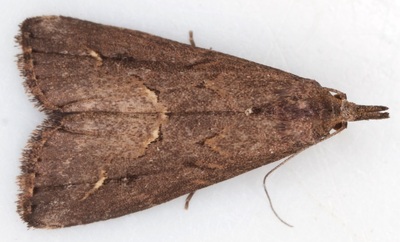 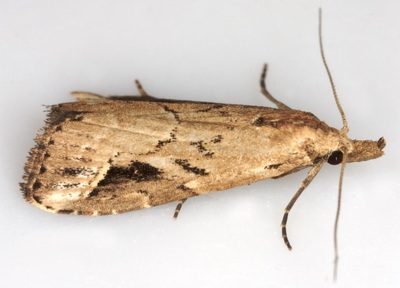 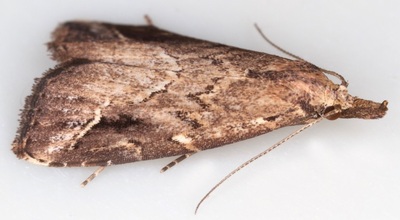 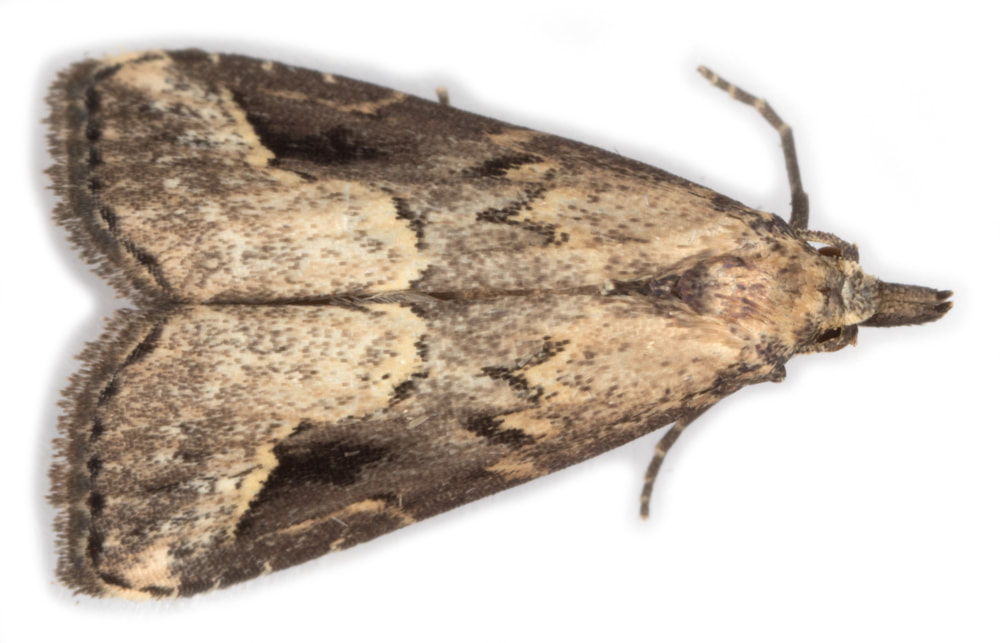 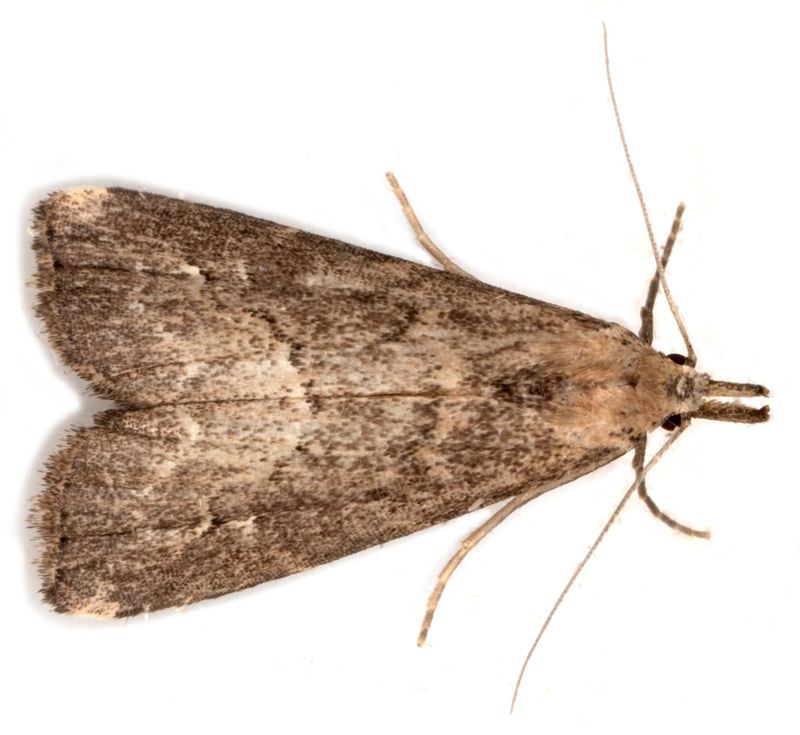 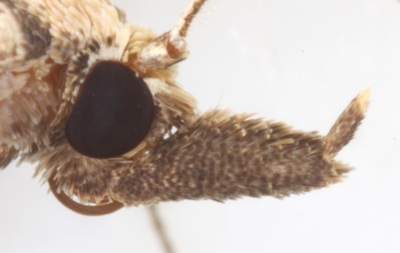 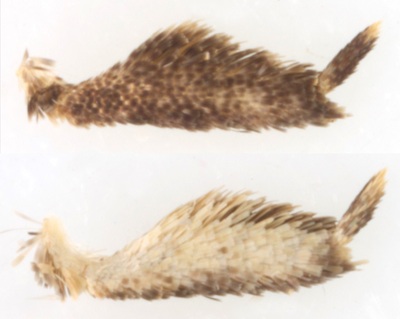 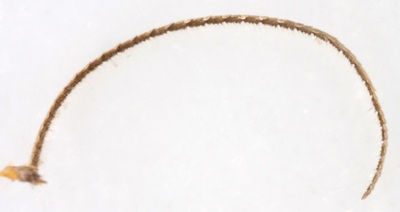 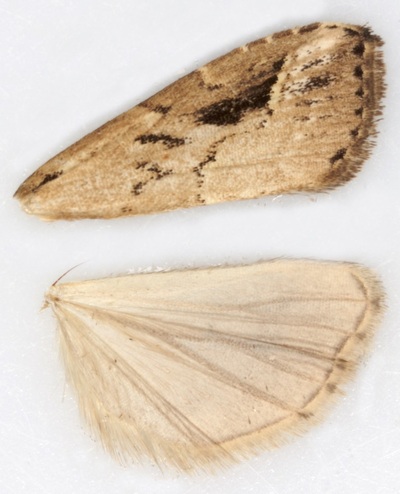 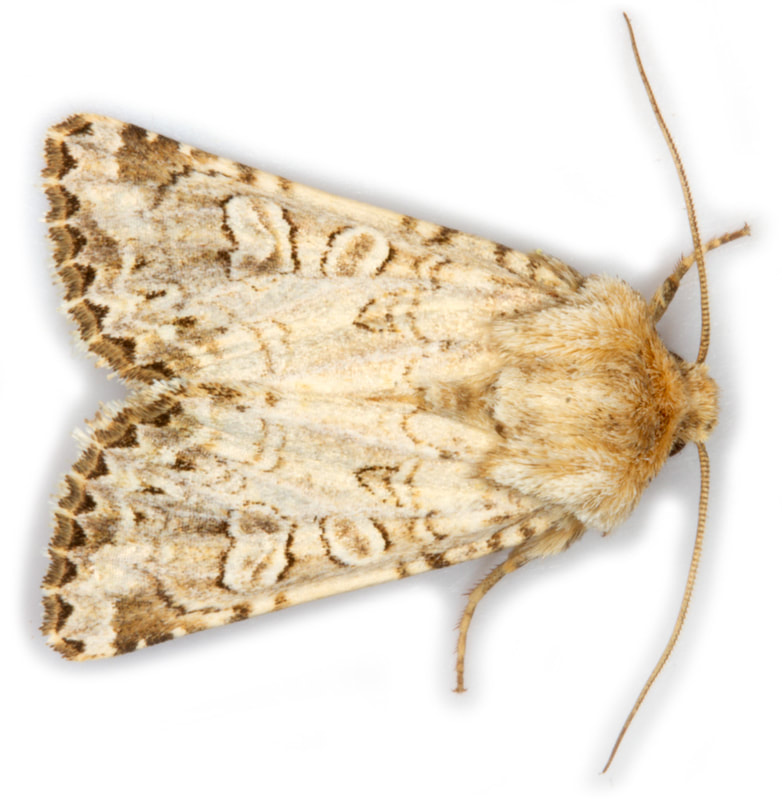 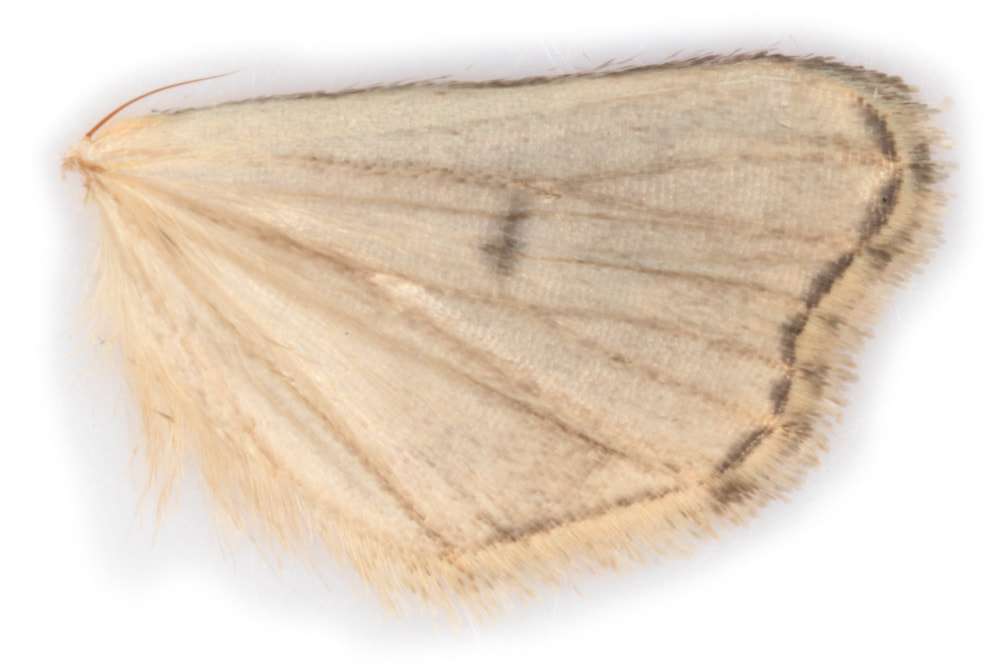 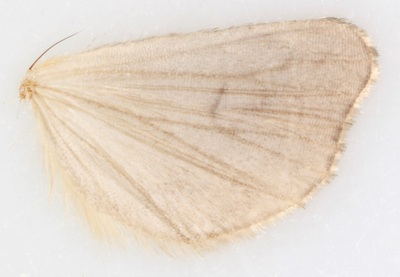 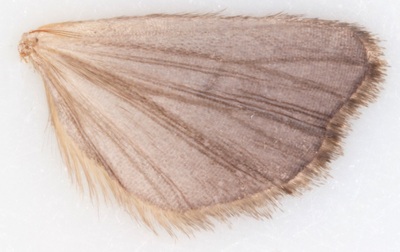 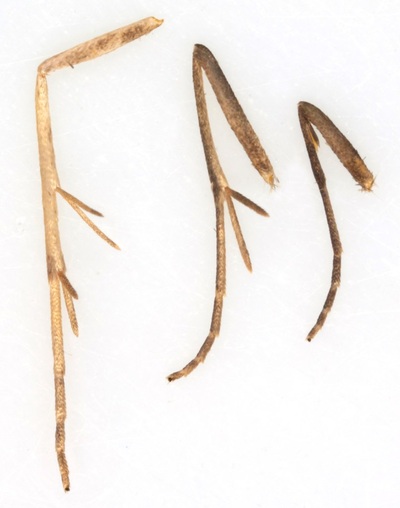 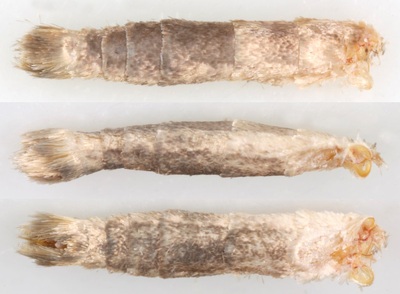 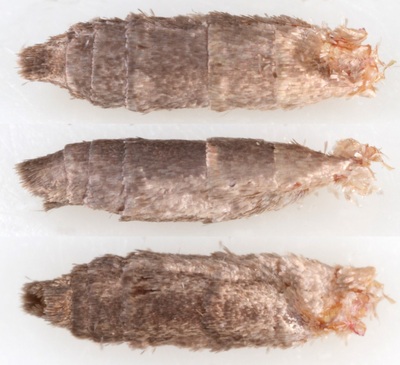 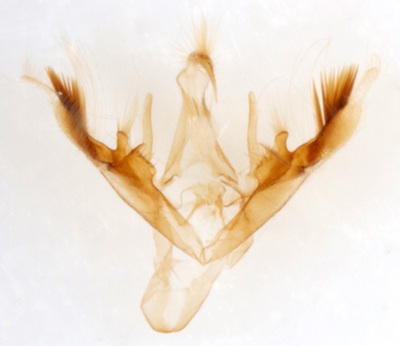 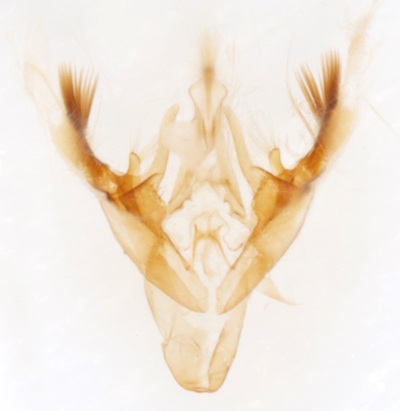 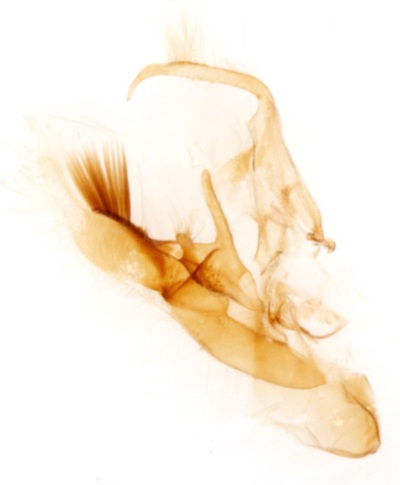 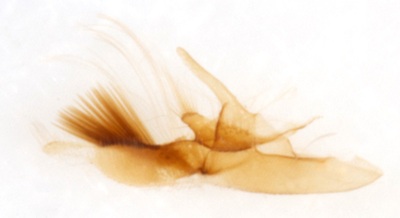 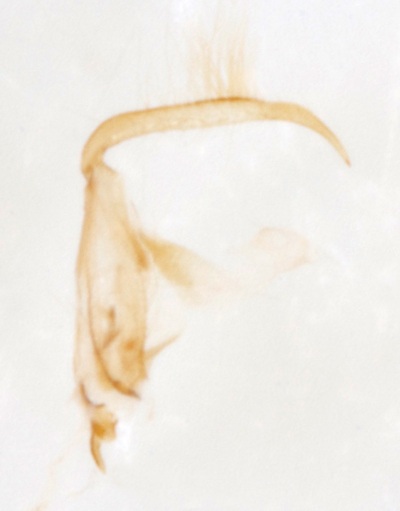 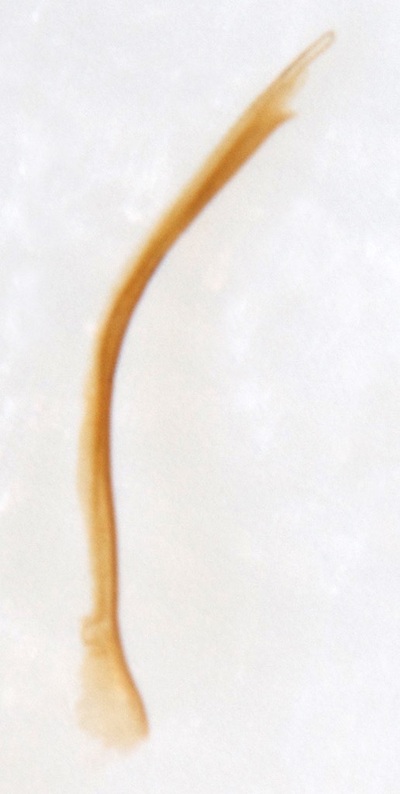 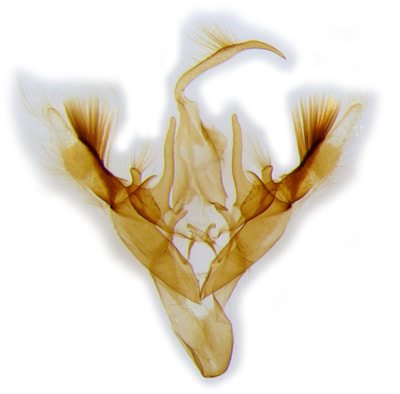 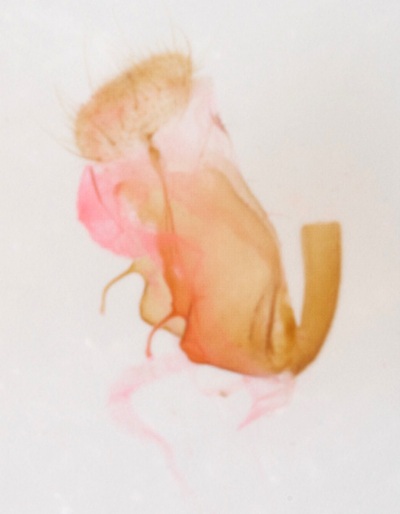 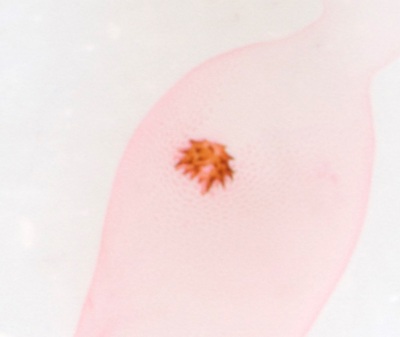