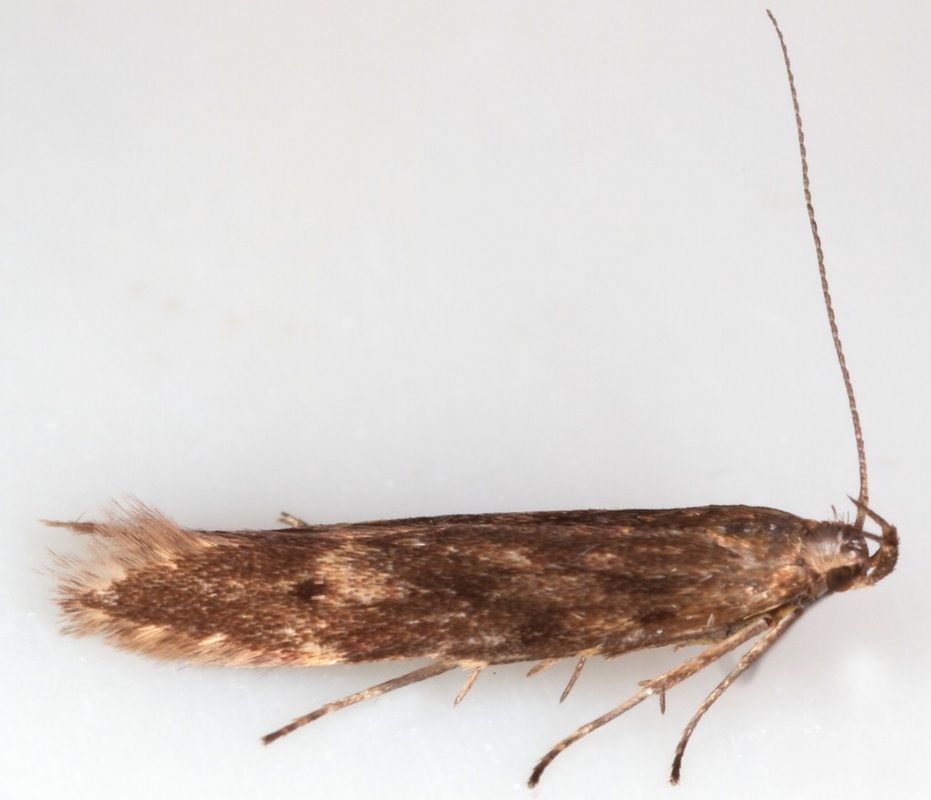 Monochroa lucidella §1 female
ID: Cannot be reliably identified without genital dissection; however, once recognised as Monochroa, MBGBI4.2 keys to this species as follows: forewing without blackish longitudinal streaks; only one stigma present (2nd discal); forewing not whitish-ochreous; ws>9mm; dorsal surface of abdomen wholly fuscous; antenna without white rings in apical area.
Male genitalia: Monochroa species vary in the shape of the valva and sacculus and in the arrangement of aedeagal cornuti. In M.lucidella the valva is almost triangular without any significant apical process; the sacculus is a short curved process (similar to several other species); the aedeagus has a cluster of cornuti in the bulb (the only species with quite this arrangement).
Female genitalia: the signum has a distinctive form - an elongate rectangular plate with paired spines at each end, the posterior pair connected narrowly, the anterior pair connected more broadly. The ovipositor is also distinctive with tapering anal papillae and the anterior apophyses dilate at their anterior ends.
<
> 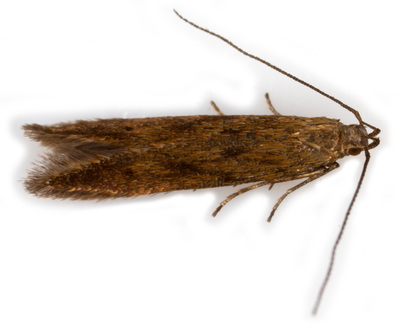 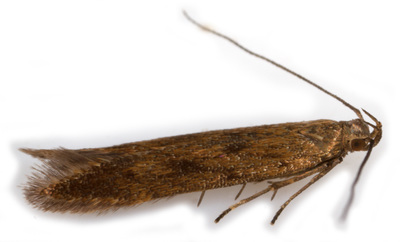 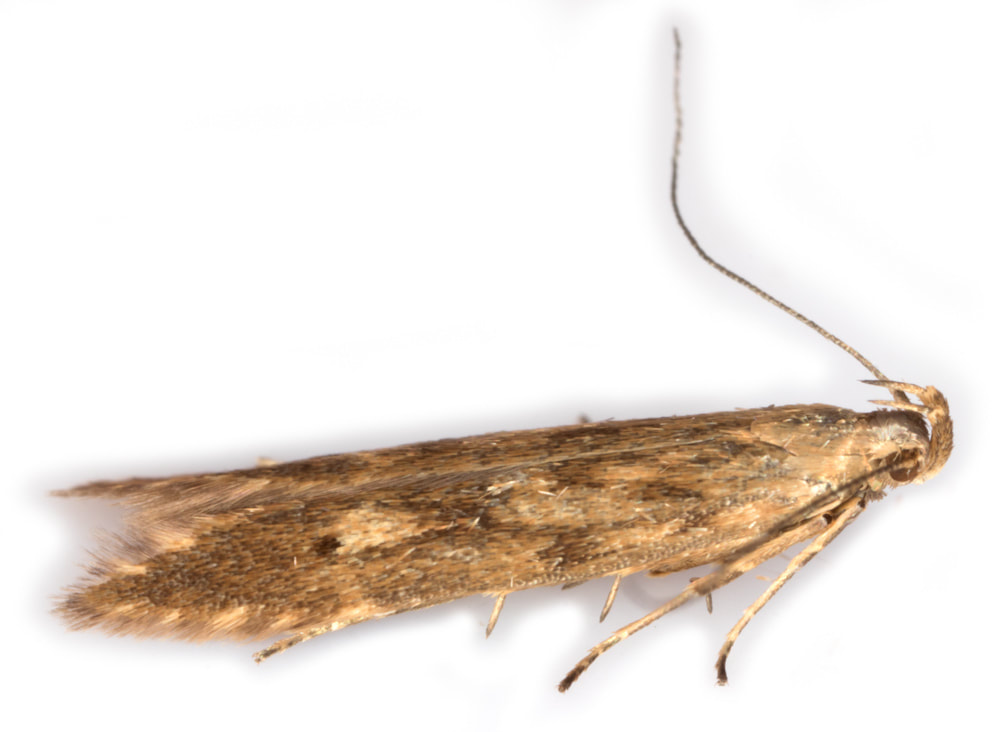 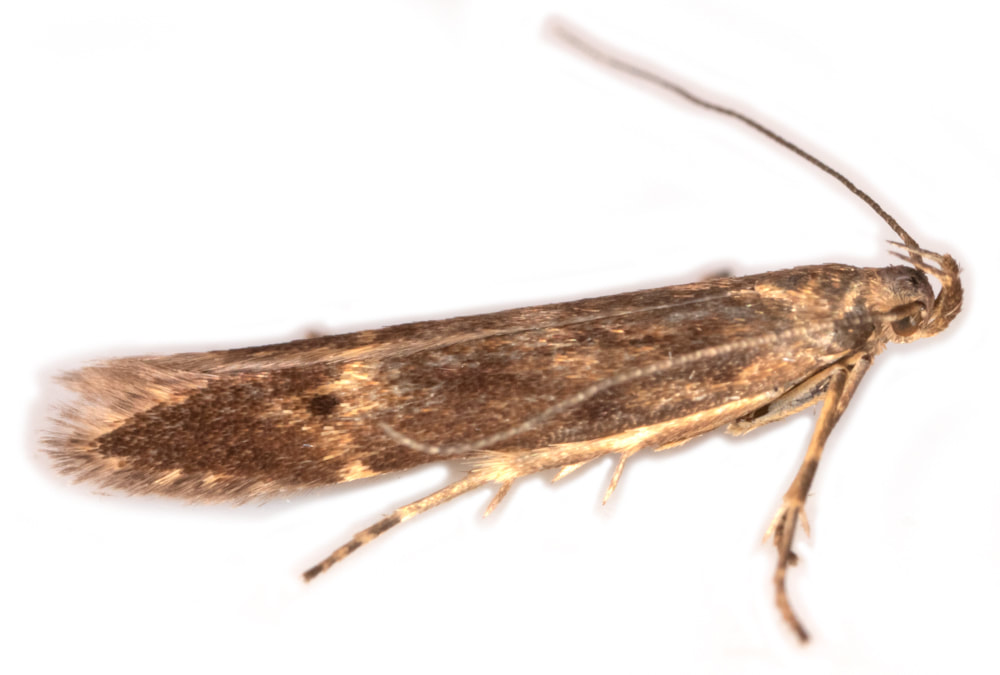 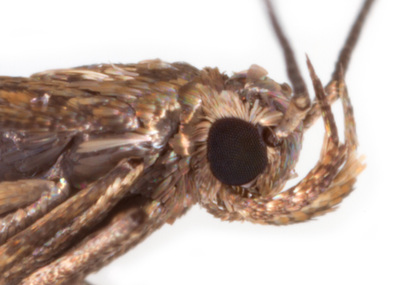 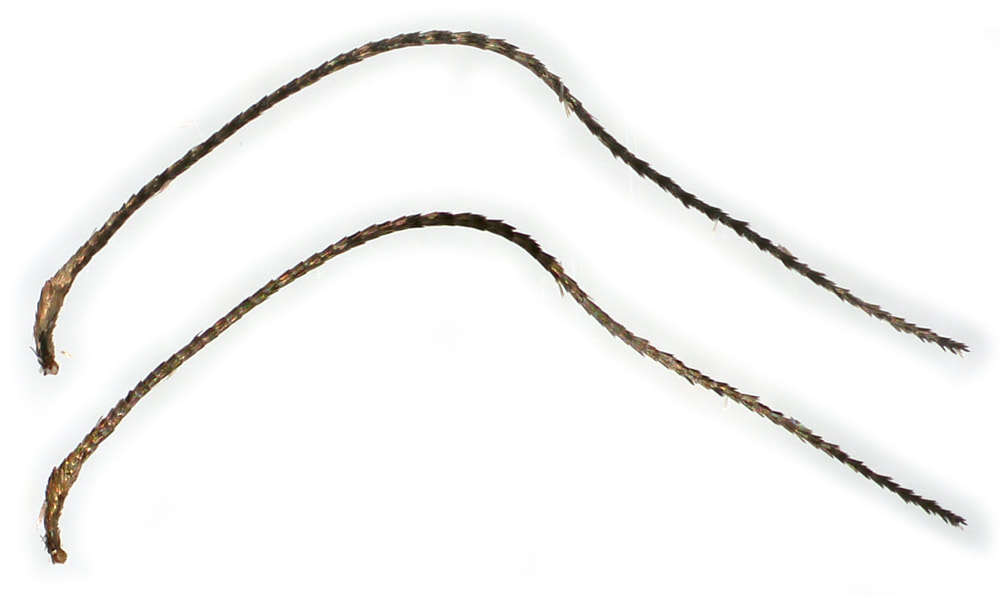 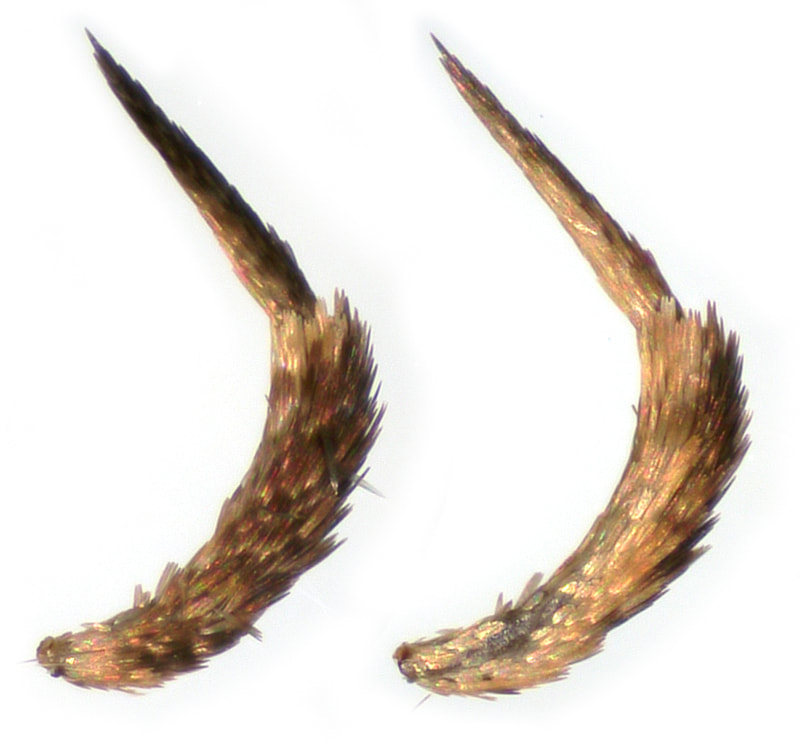 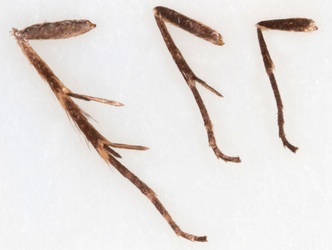 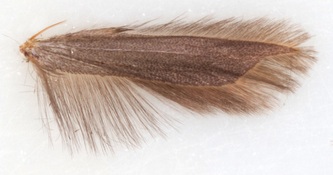 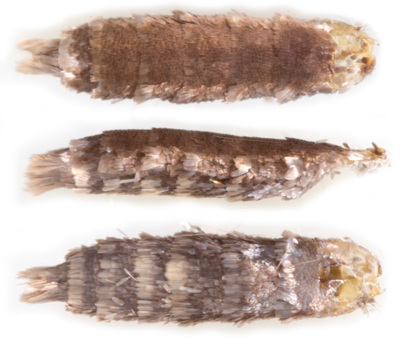 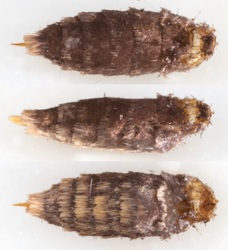 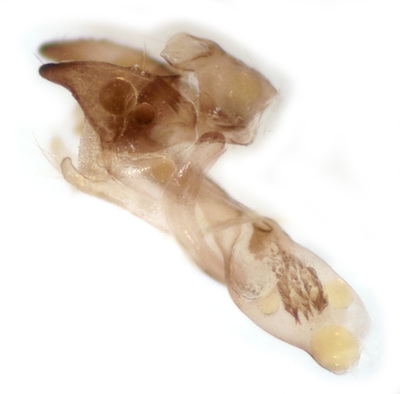 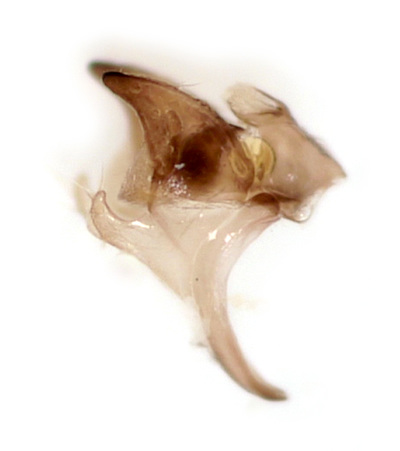 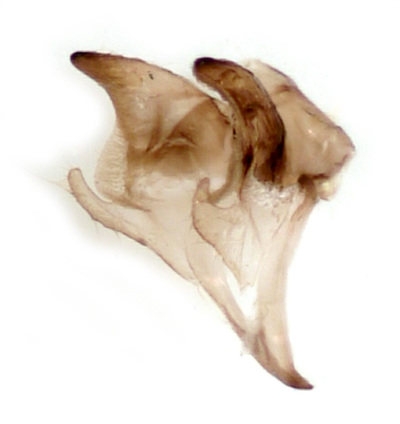 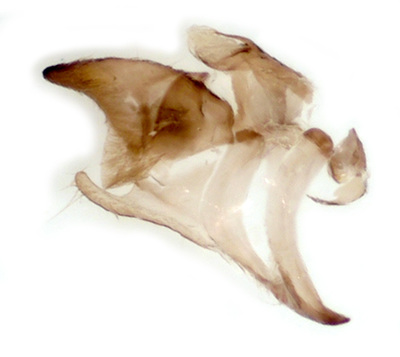 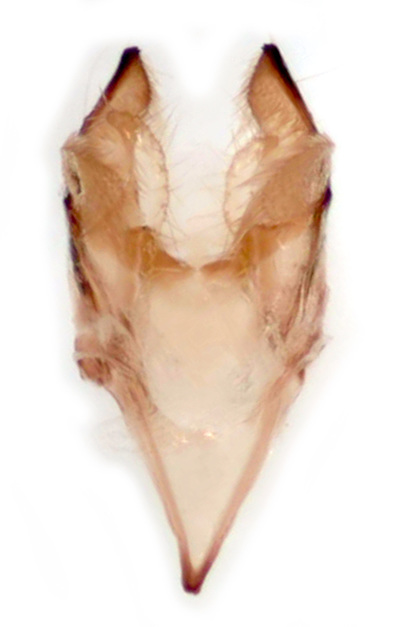 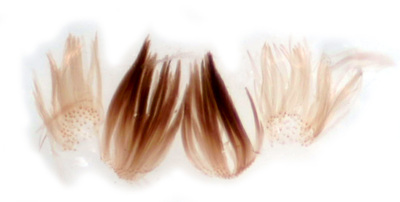 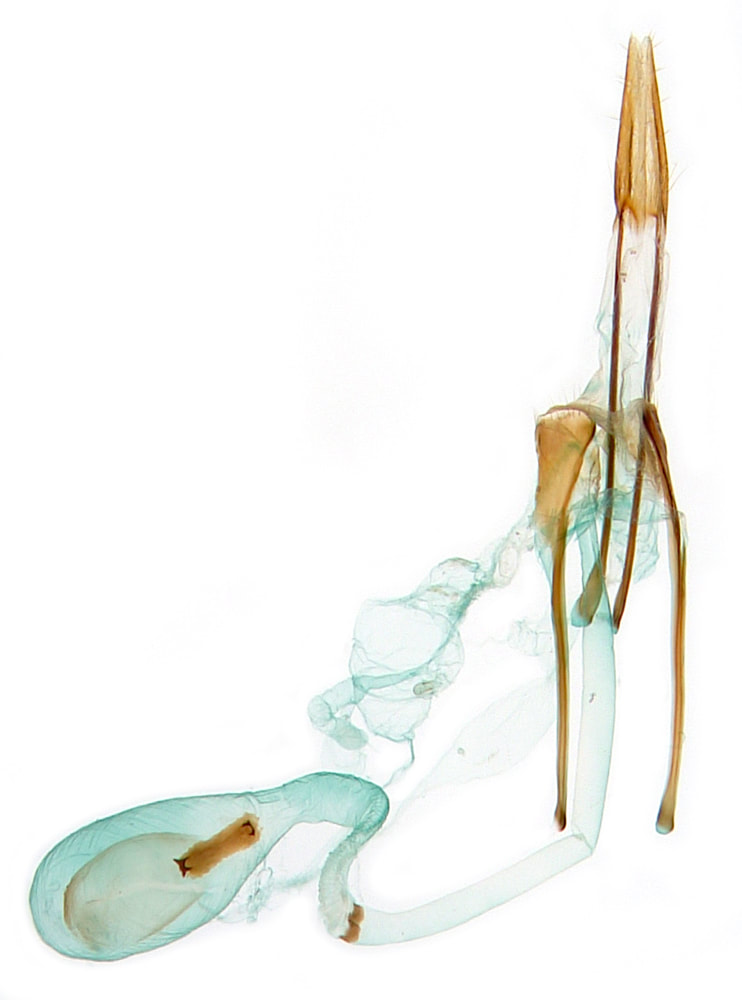 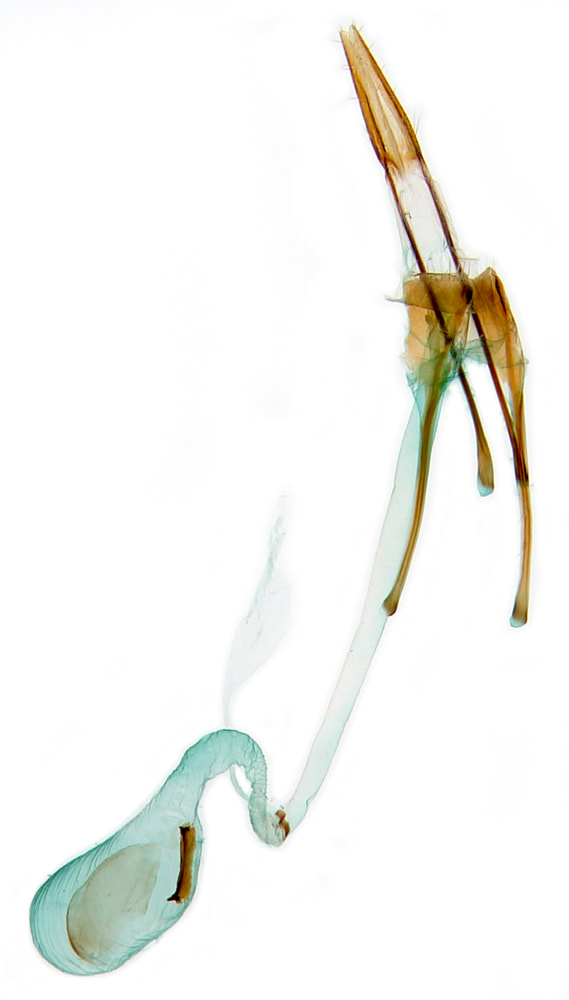 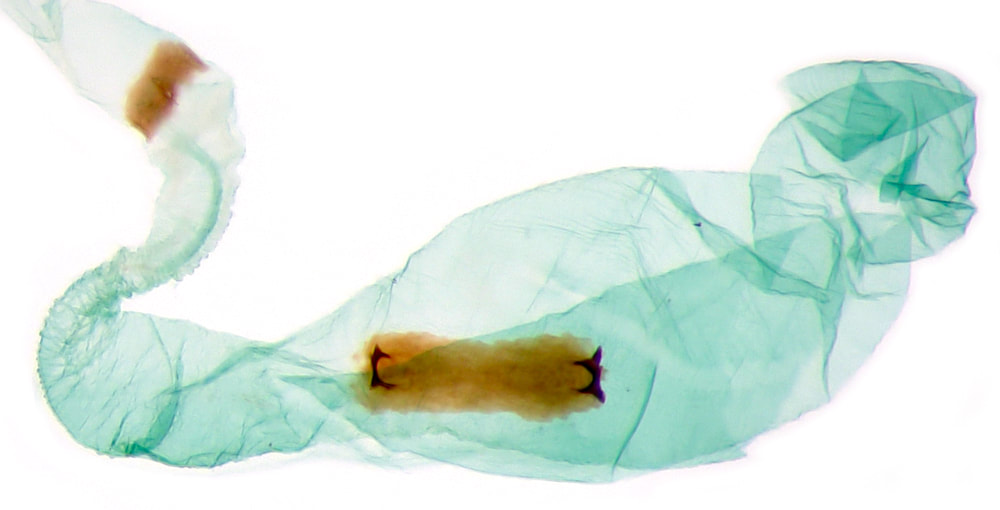 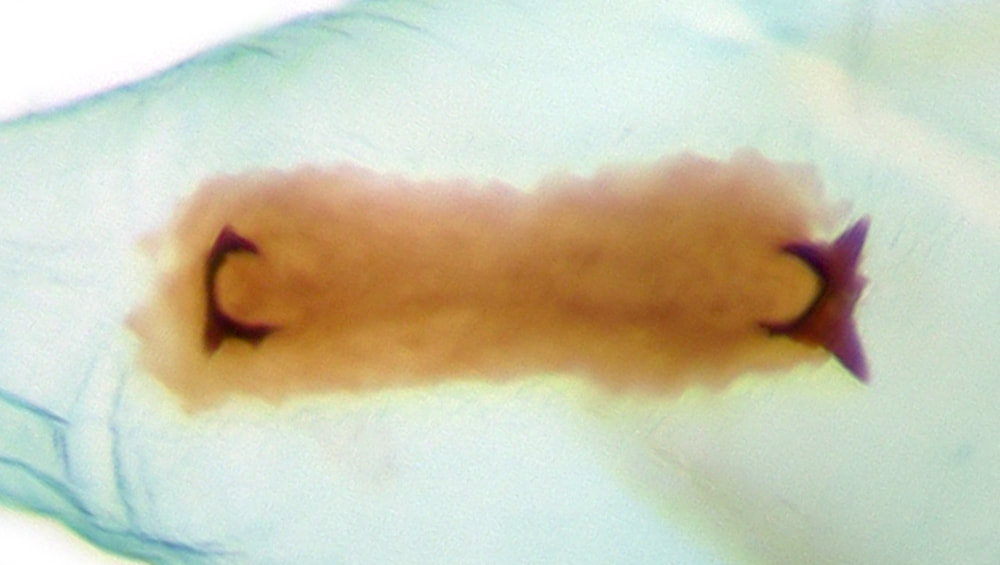