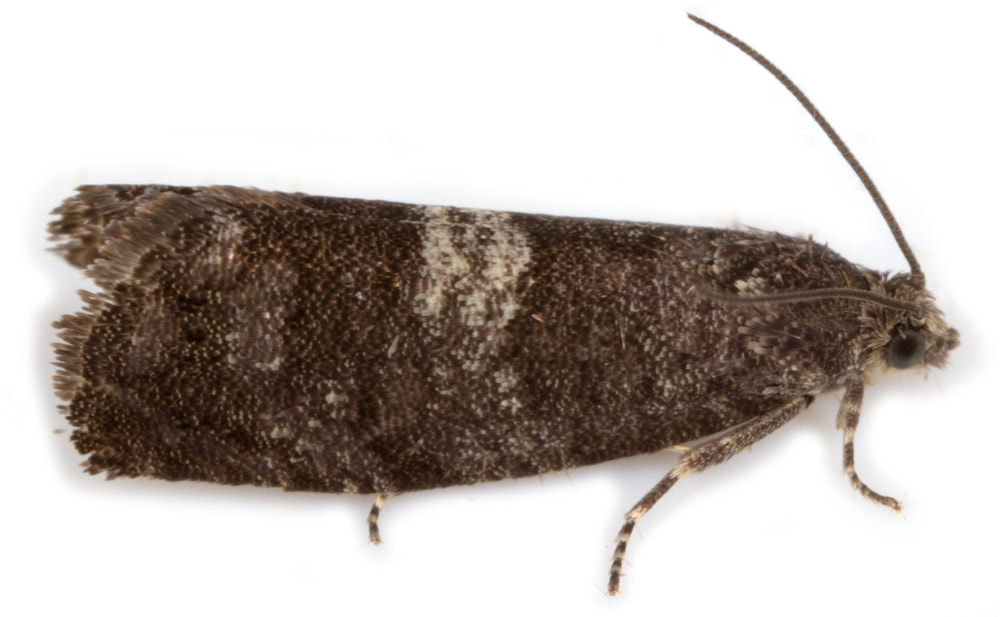 Pammene obscurana §1 female
ID: somewhat obscured strigulate medio-dorsal blotch, poorly marked ocellus and costal strigulae. The rare P.agnotana is similar but smaller (ws 10-12mm) and has the medio-dorsal blotch placed slightly more proximally. In male P.obscurana there is a band of androconial scales along the costa of the hindwing upperside, which is not seen in male P.agnotana.
Female genitalia: Both species are illustrated but not described in BTM and MBGBI5.2 and both are shown at Moth Dissection. Differences between the species are not entirely consistent between these sources but the following seem to be important:
1. Shape of ostium - In P.obscurana this forms a 'U' shape with margins of fairly uniform thickness and the arms of the 'U' only slightly longer than the width of the ostium; in P.agnotana the arms of the "U' are about twice as long as the width of the ostium, they appear to be more heavily sclerotised than the curve of the 'U', which forms the anterior margin of the ostium, and the junction between the curve and the arms appears to be more angular.
2. Sclerotisation of the ductus bursae - elongate in P.obscurana, more quadrate in P.agnotana - (but this difference cannot be confirmed from the image at Moth Dissection).
3. Shape of the S8 ventral plate - longer and with a shallower curve in the posterior margin in P.obscurana (width of plate 2-3x length in P.obscurana vs 3-4x in P.agnotana - (but this difference cannot be confirmed from the illustration in MBGBI5.2).
See Pammene for comparison of these two species 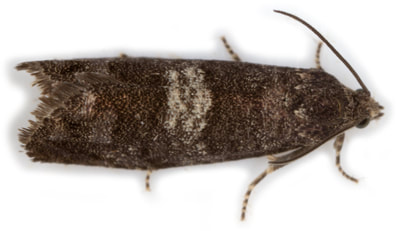 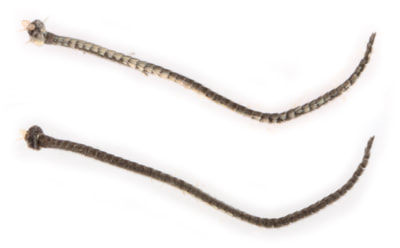 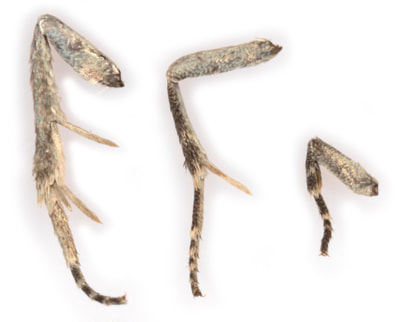 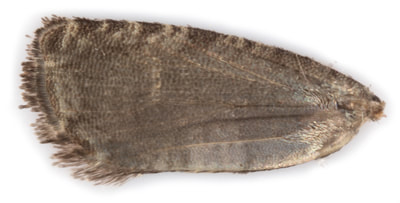 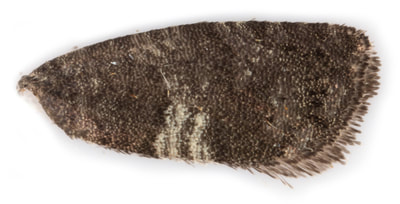 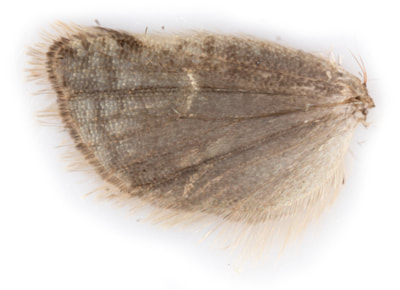 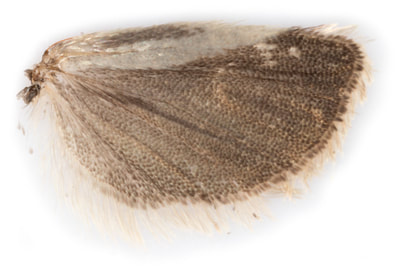 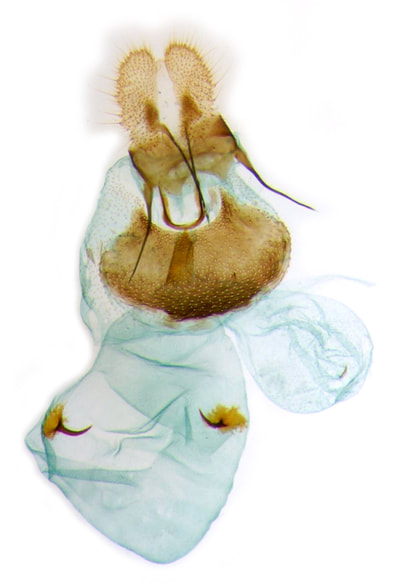 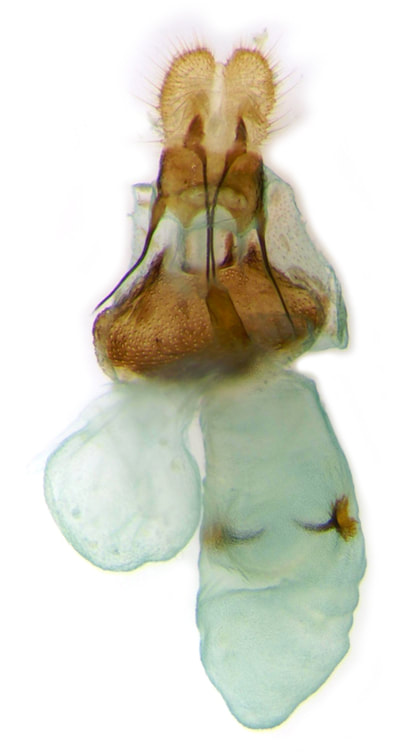