ws:14-18mm (MBGBI3), 15-19mm (Essex Moths); May-Jun; smooth tare (Vicia tetrasperma); RDB. When this page was published in 2013 I noted - Fingringhoe & Little Oakley in Essex; 1 record from Portsdown Hill in Hampshire (2005 according to Hants Moths, 2001 according to Essex Moths). According to Essex Moths first discovered as a British species at Fingeringhoe in 1973 and now extinct there. Essex Field Club website shows records from 12 (mainly coastal) sites North of the River Blackwater since 1990. By 2021 it has been recorded at many sites in Essex and the southern half of Suffolk and is abundant at my regular site on Foulness Island.
Synonym: Colephora fuscicornis MBGBI3

Coleophora amethystinella §2 female
ID: The only metallic Coleophora with the antennae fuscous to the apex (the other 5 metallic species having white antennal apices). It is also the only one of these species with yellow "eyelashes". The only other metallic species of similar size is C.trifolii, the others being smaller. The orange eye seems to me to be the most striking unique feature but this is not mentioned by any of the above sources.
Male Genitalia: Of the metallic species only C.amethystinella and C.mayrella have a long curved bristle arising from the posterior edge of the base of each valva. C.mayrella has an additional very long bristle arising near the anteror edge of each sacculus which is lacking in C.amethystinella. In C.amethystinella there is a small posterior process on the sacculus. In C.mayrella the apex of the sacculus is produced medially.
Female genitalia: Spiculate section of ductus bursae <2x length of subgenital plate; anterior apophysis ~= length of subgenital plate; ostium broad, central
<
> 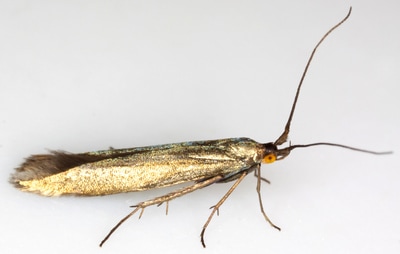 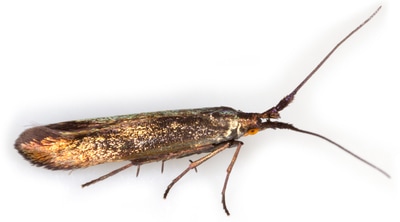 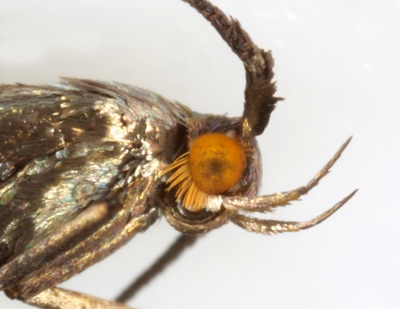 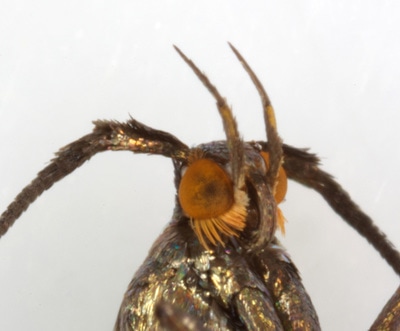 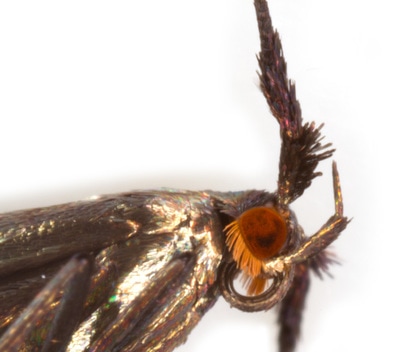 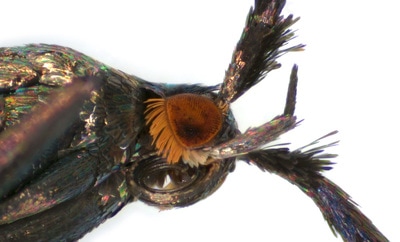 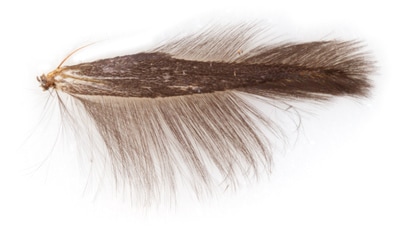 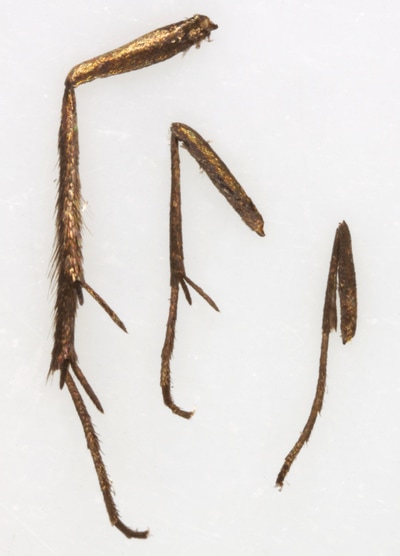 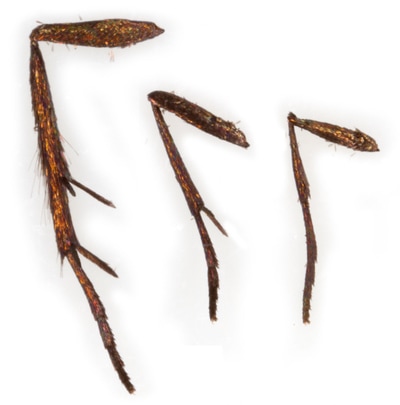 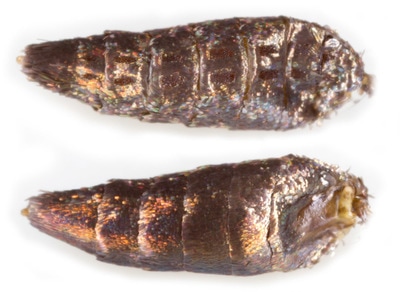 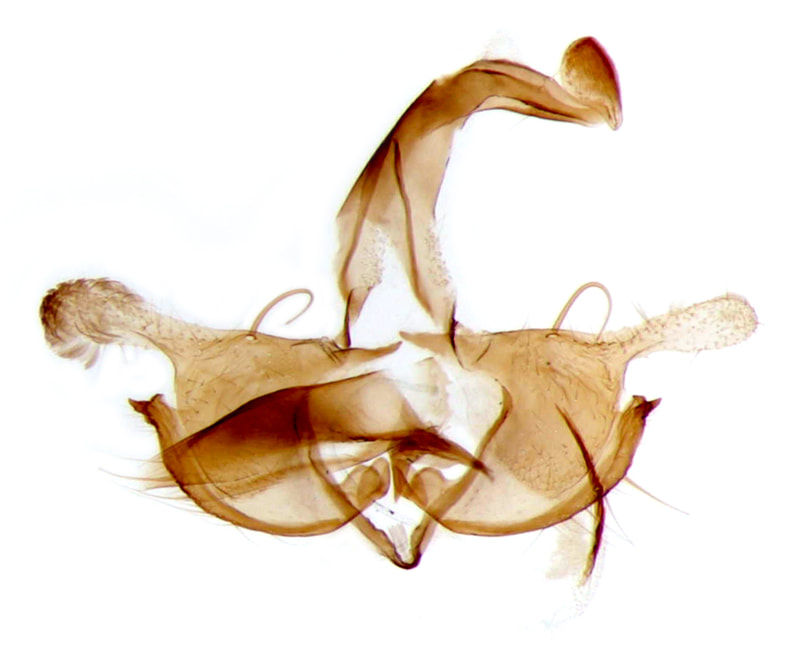 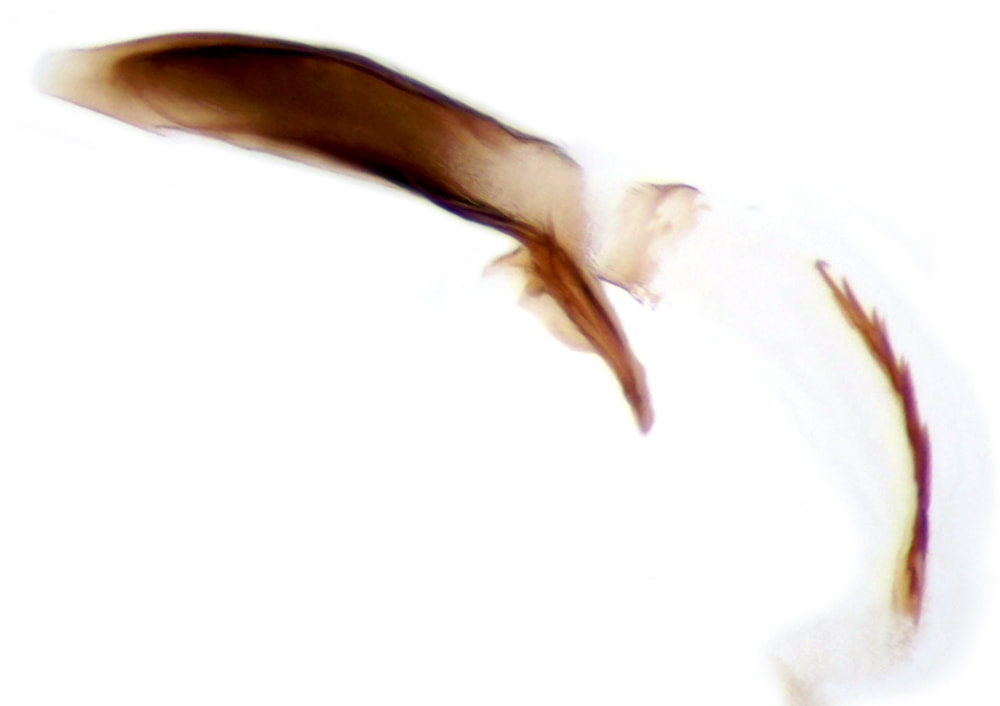 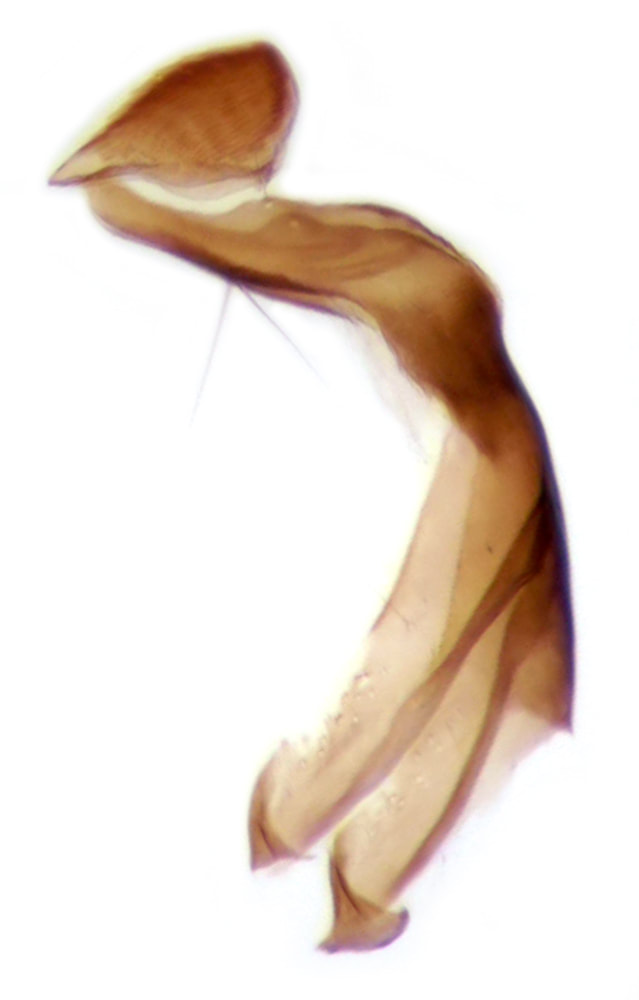 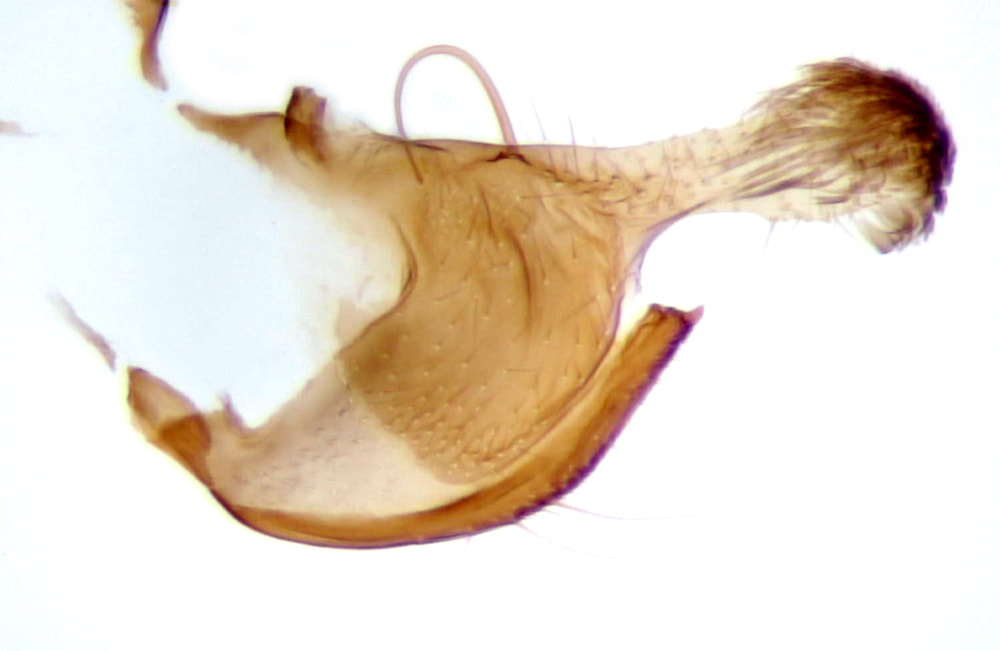 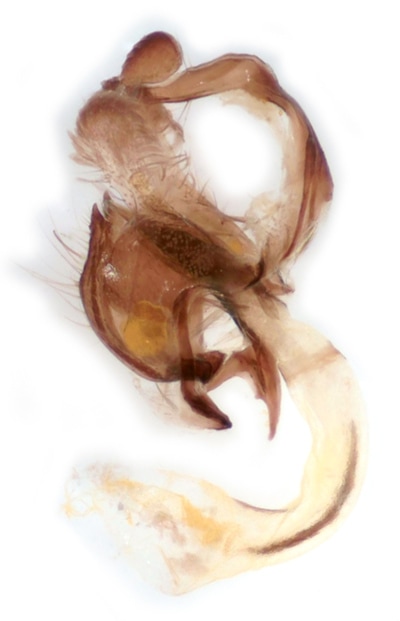 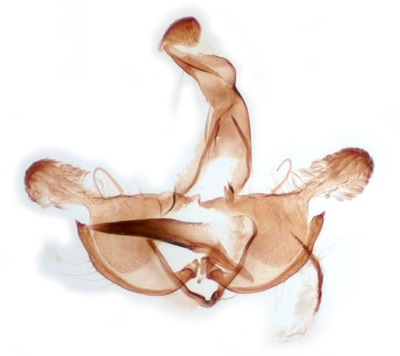 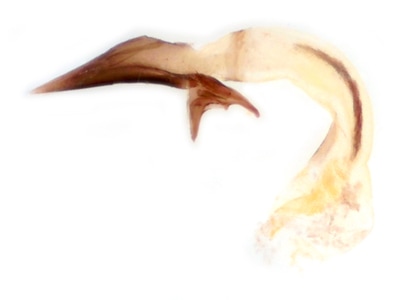 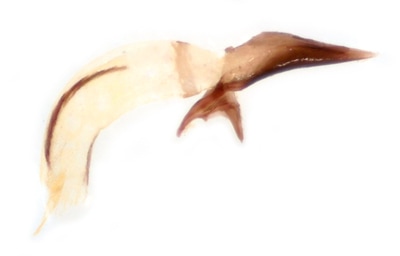 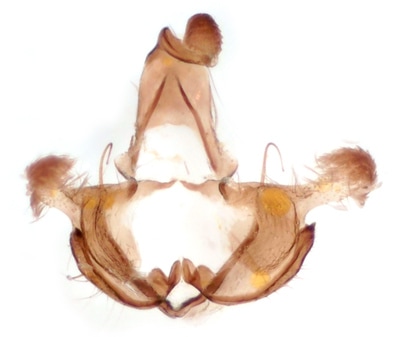 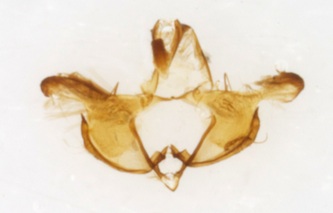 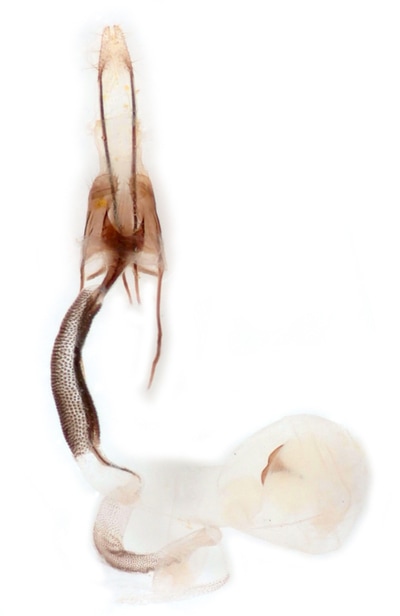 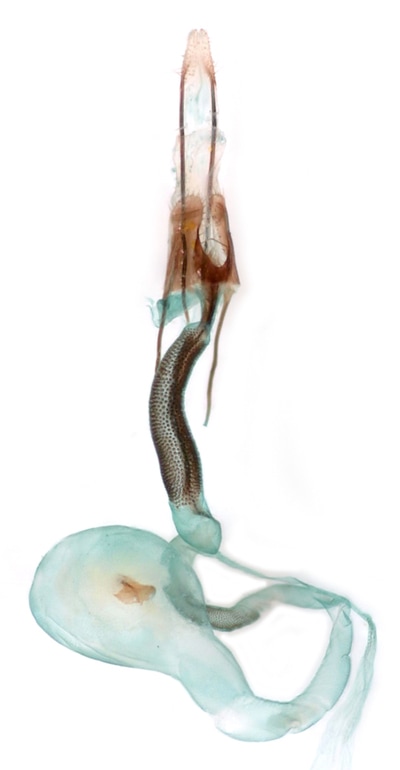 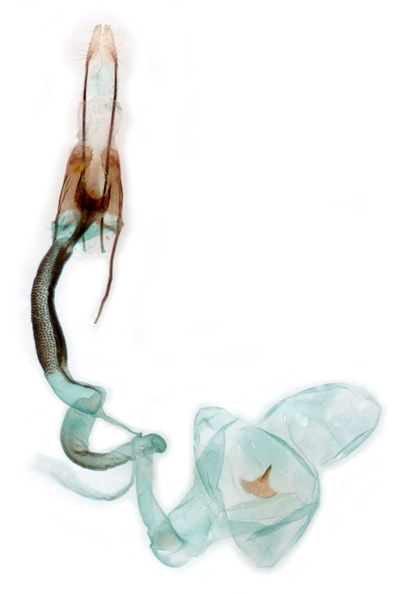 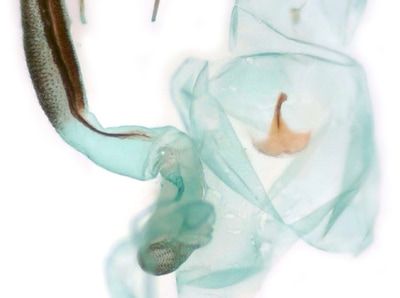