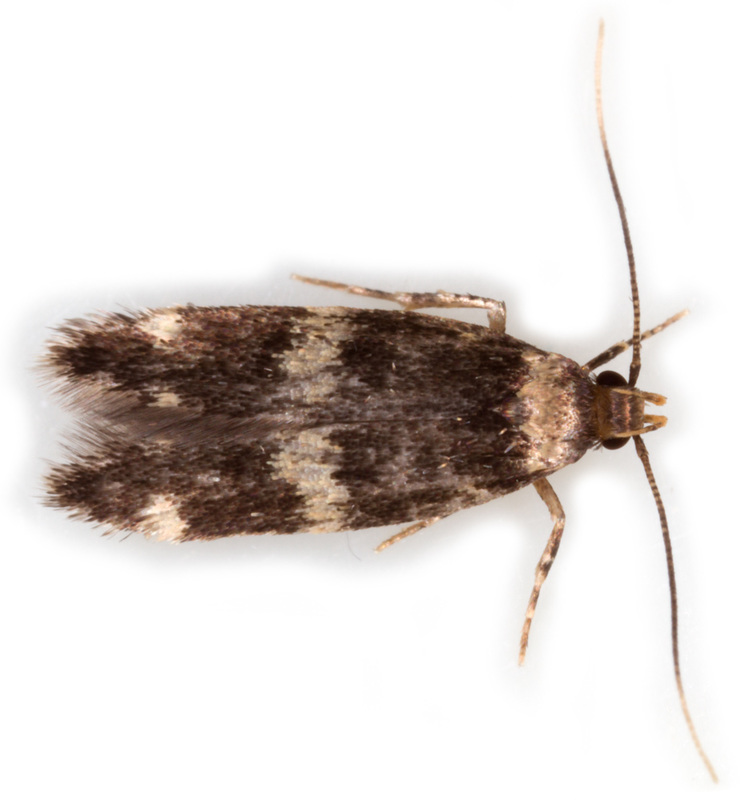 Oegoconia deauratella §1 female
ID: Male genitalia - saccus triangular, with a sharply pointed apex; aedeagus with a strong basal longitudinal sclerotised bar, a patch of spines at 2/3 and a cluster of apical spines. O.quadripuncta lacks the apical point on the saccus and the patch of spines at 2/3 in the aedeagus.
Female genitalia - ductus bursae noticeably sclerotised and with a kink just proximal to ostium; signum with several thorns, one larger than the rest.
Discussion: On the night we obtained §1 we had 10 Oegoconia specimens, 5 of which were retained. 4 were male and 1 was female. All the males proved to be O.quadripuncta. It seems unlikely that the only female would be a different species - but the signum - the only reliable discriminator is clearly different to that of female O.quadripuncta specimens I have previously obtained and is similar to the illustration in MBGBI4.1 (fig 57b, p190). Dissection Group does not show female O.deauratella.
<
> 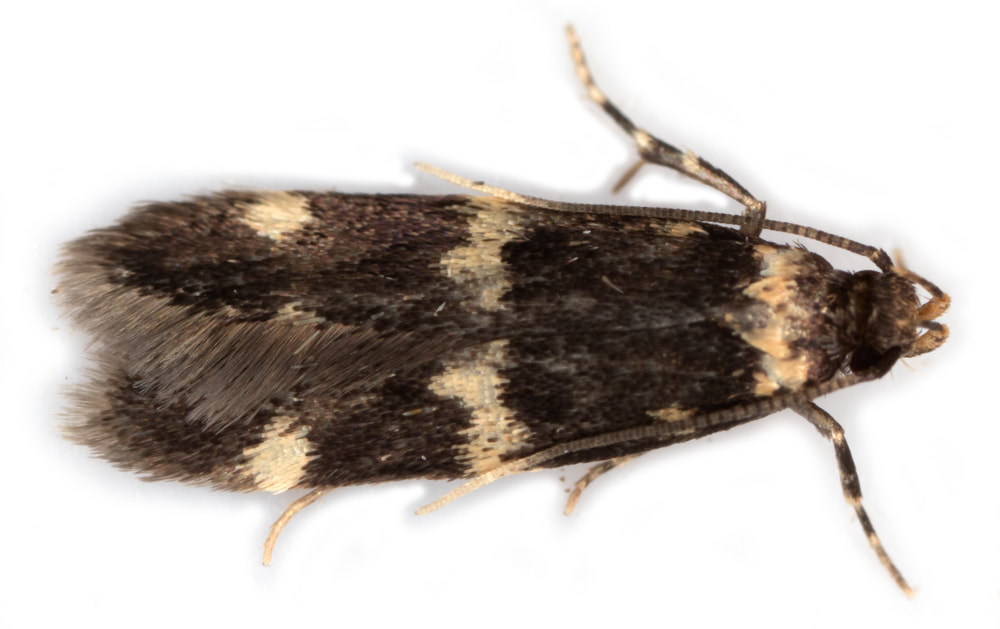 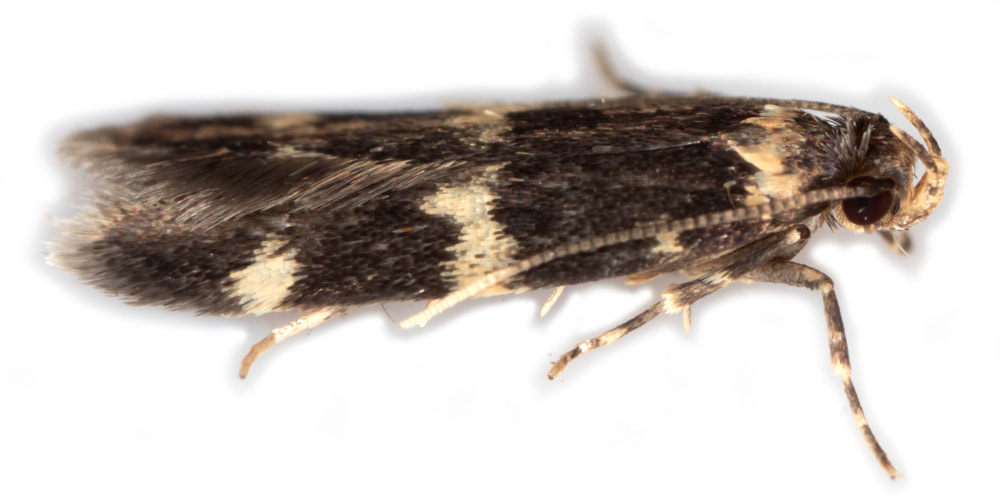 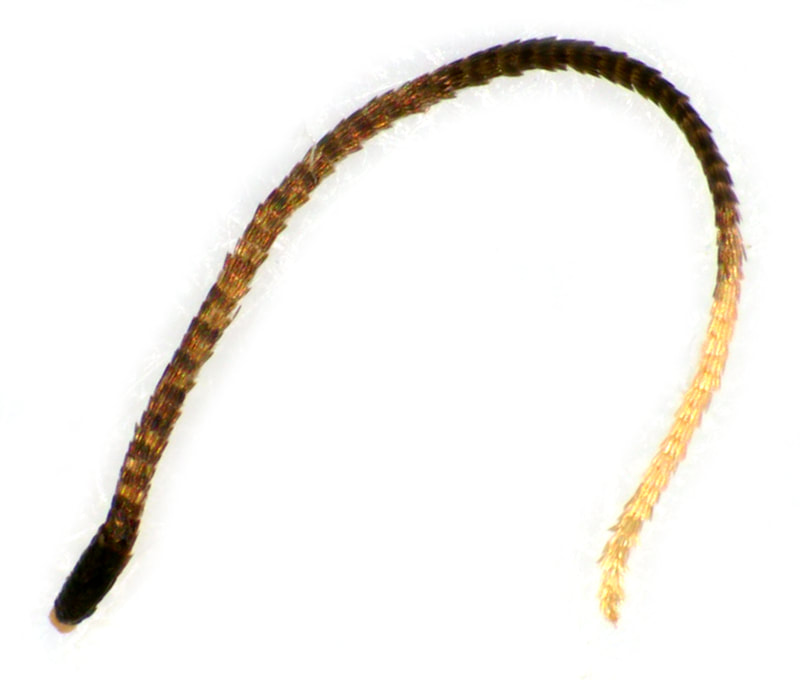 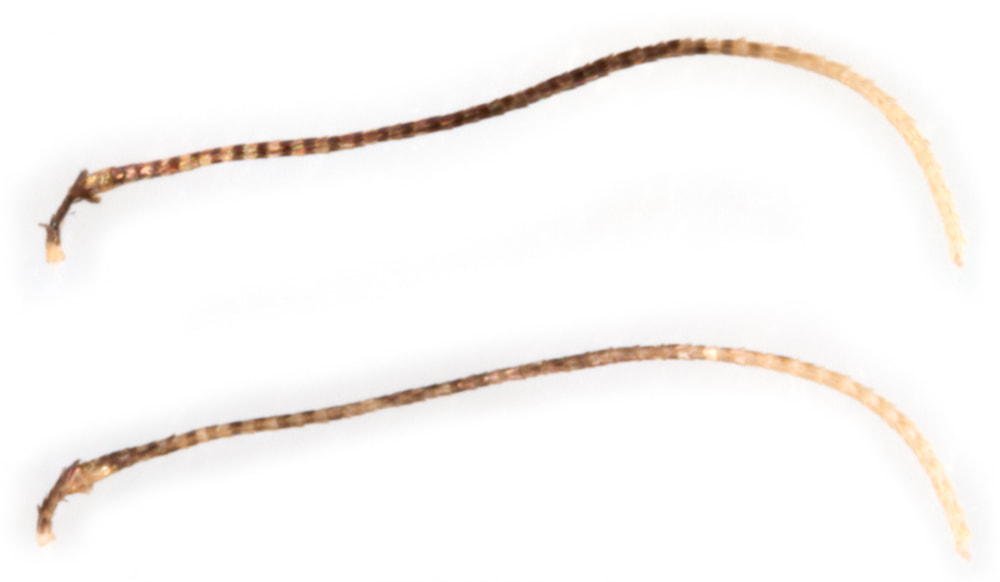 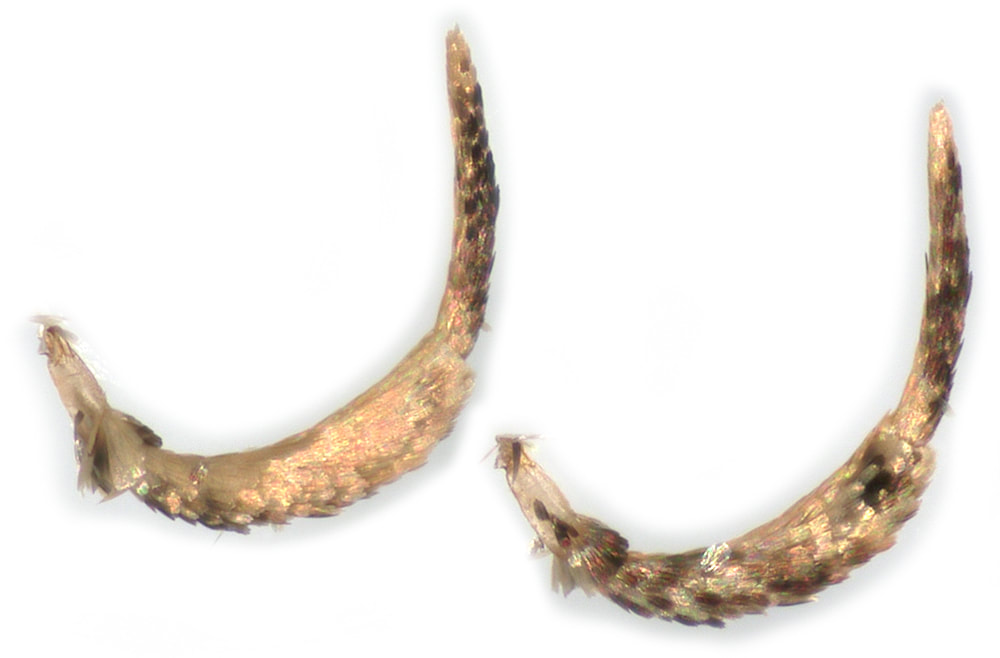 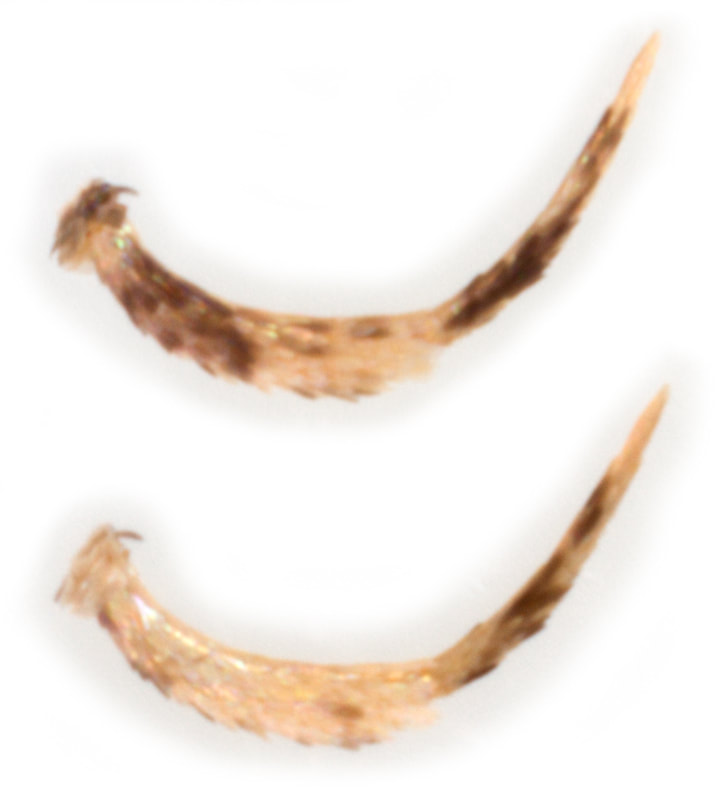 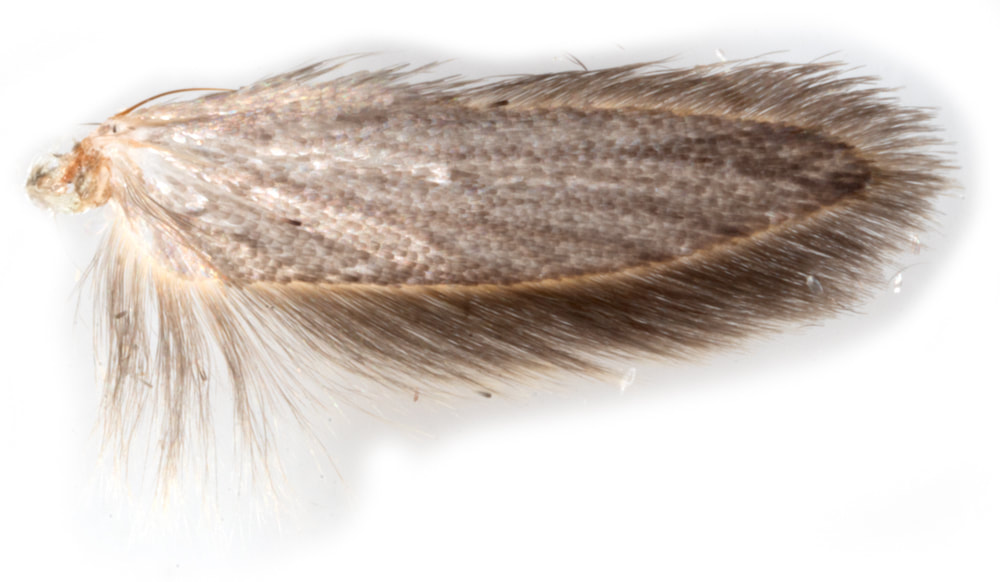 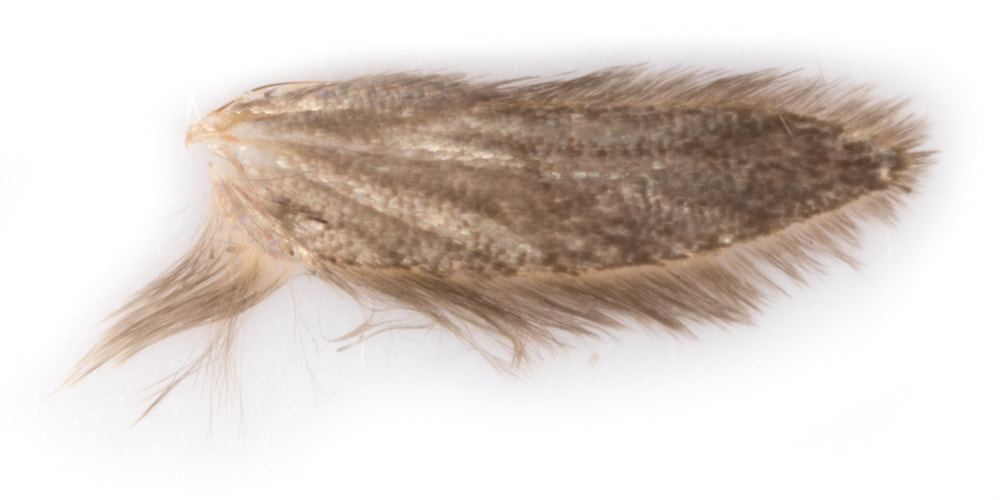 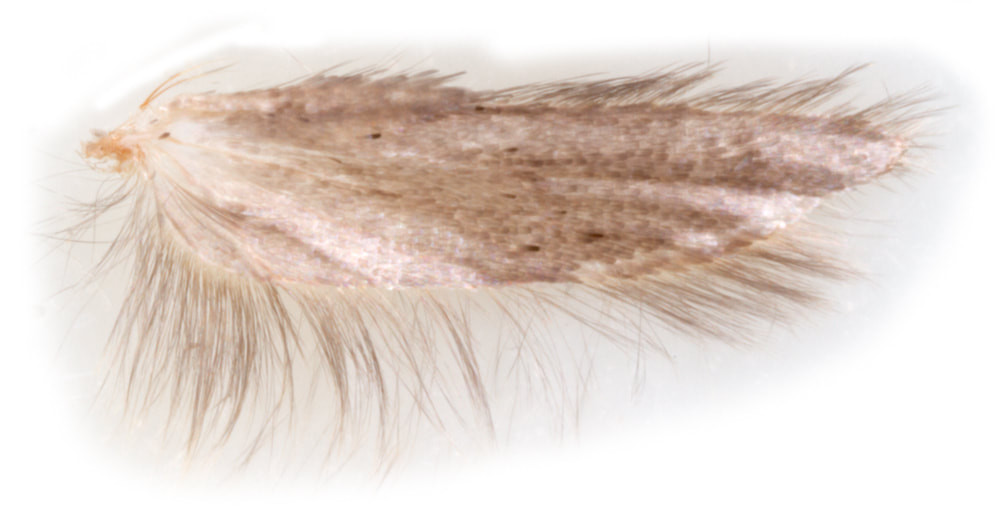 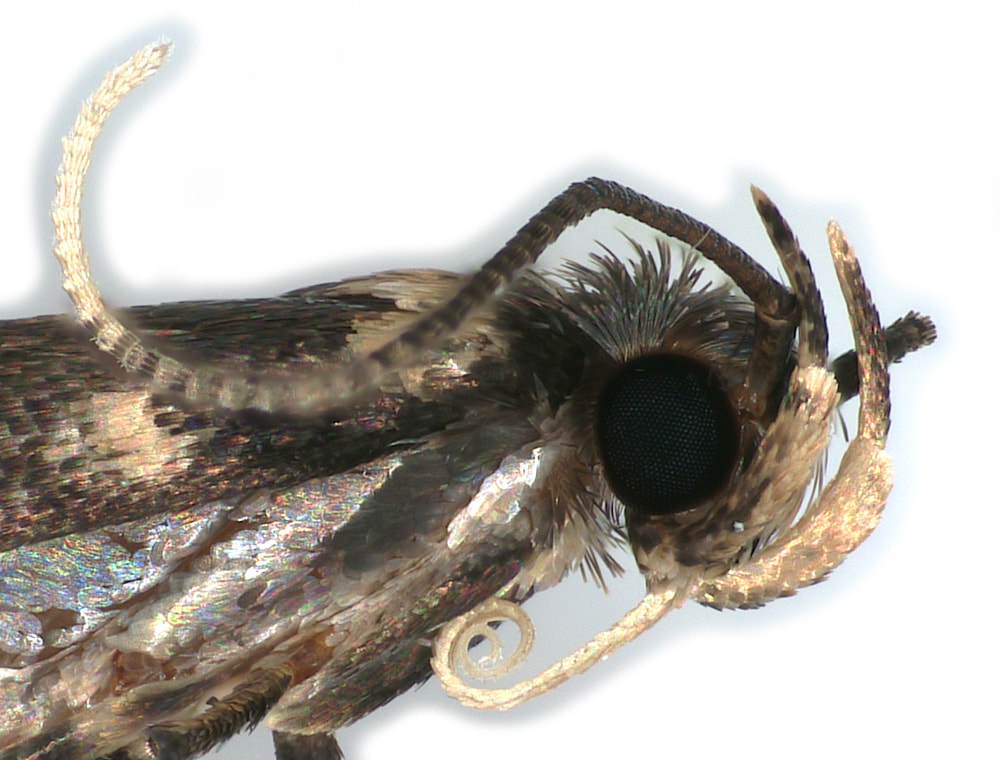 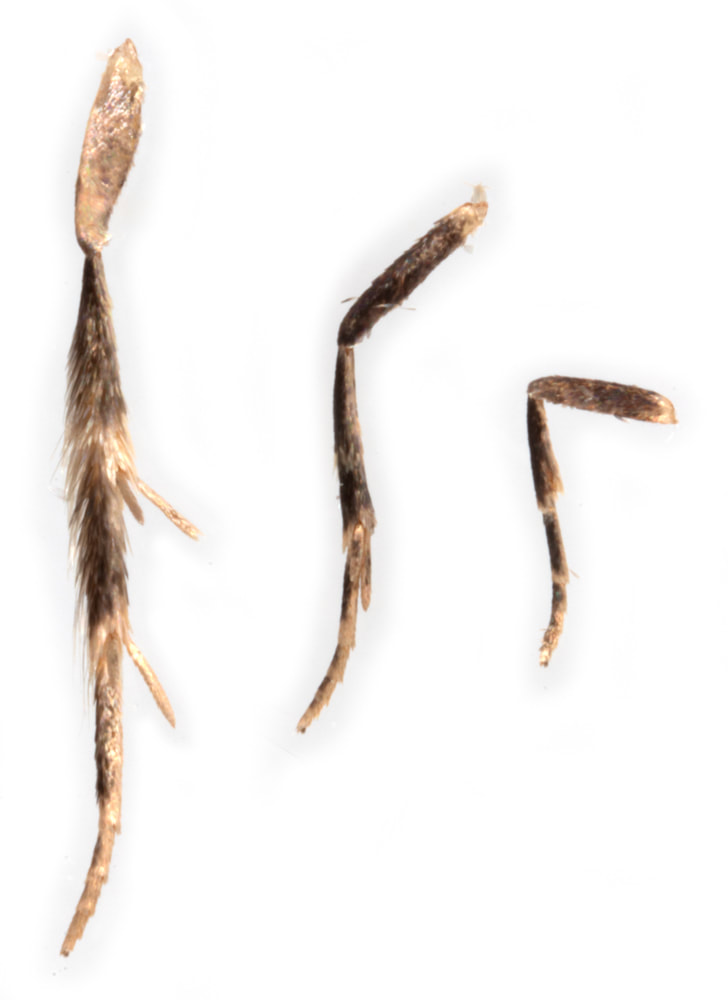 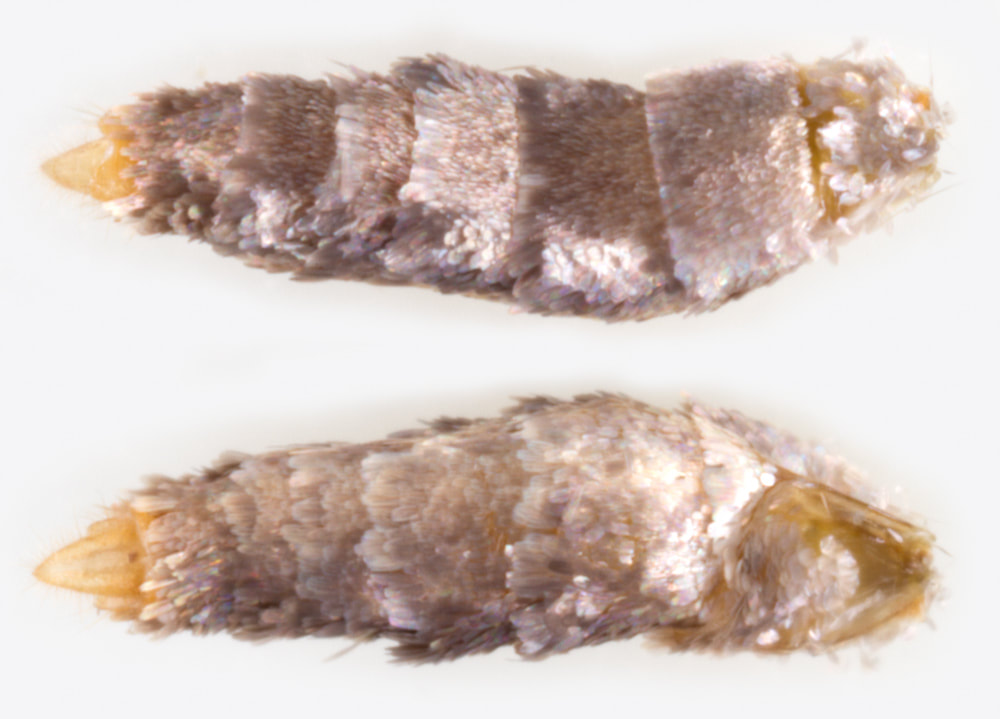 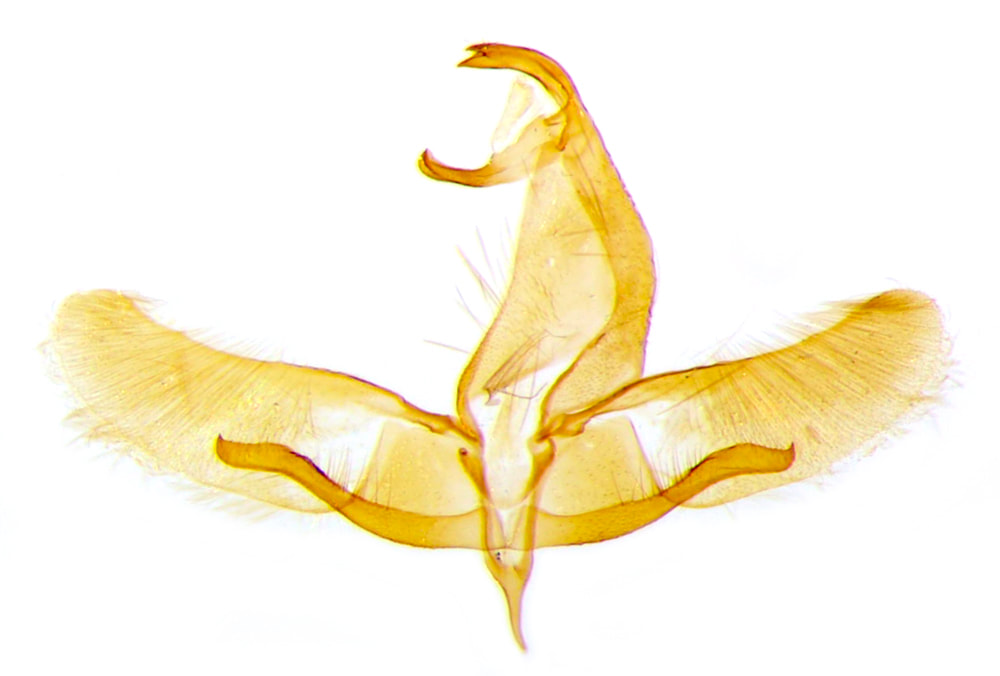 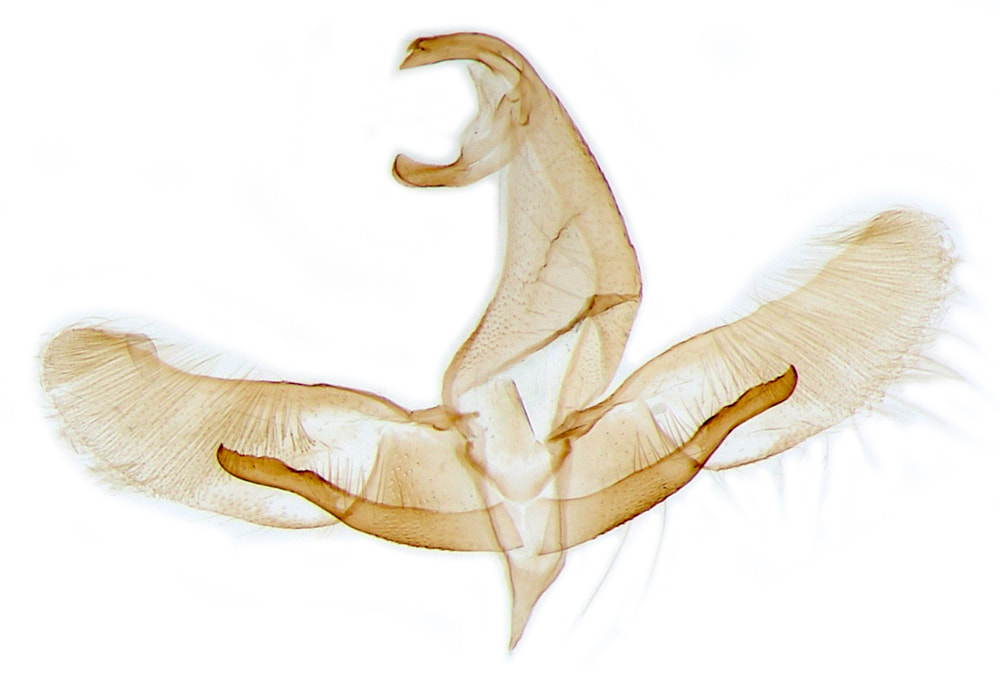