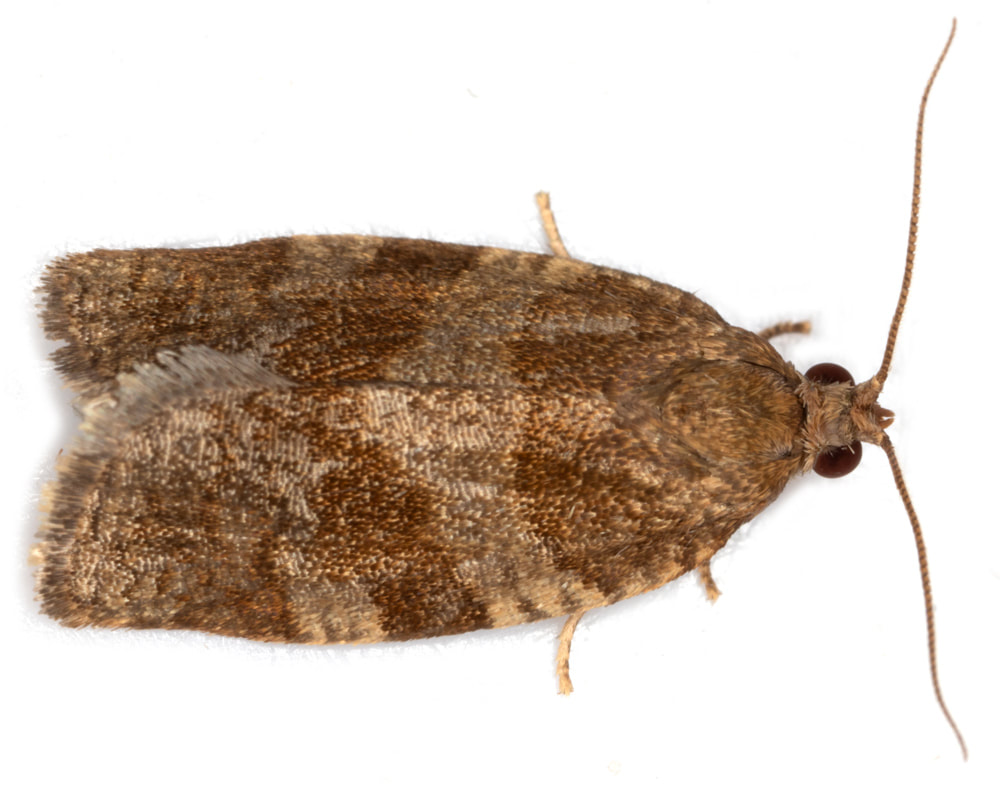 Choristoneura diversana §1 male
ID:  See Choristoneura for a more detailed account
Similar to Pandemis species with an oblique distal margin to the subbasal fascia - male P.cinnamomeana has a white frons and P.heparana is usually darker. Web images of C.diversana seem quite varied. Possibly overlooked amongst the more abundant Pandemis species. I don't think I would identify this species without genital dissection.
Male genitalia: Choristoneura species are readily separable from Pandemis species by the uncus which is long and narrow in the former and broad in the latter. The two extant Choristoneura species differ in the shape of the uncus - more-or-less parallel-sided in C.hebenstreitella, broadest near middle in C.diversana
<
> 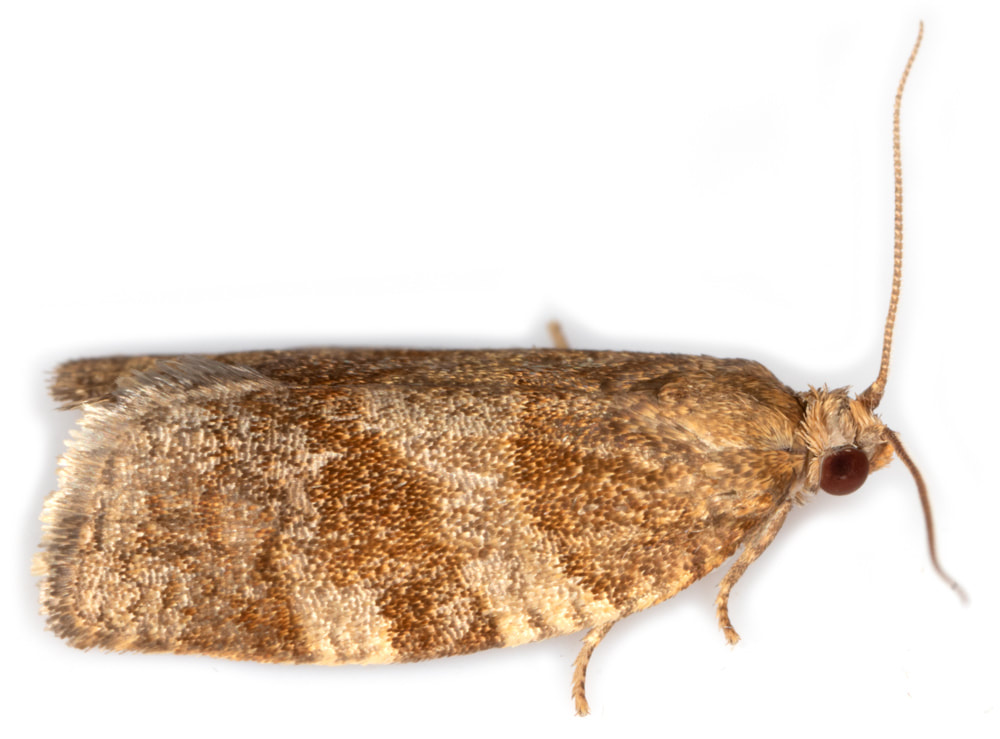 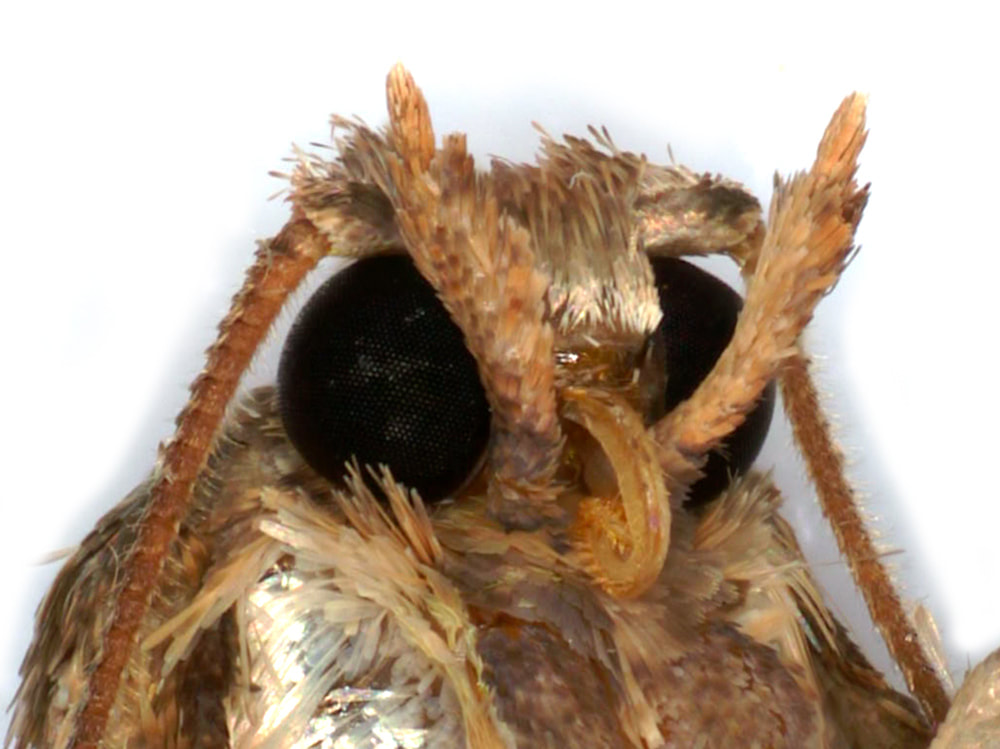 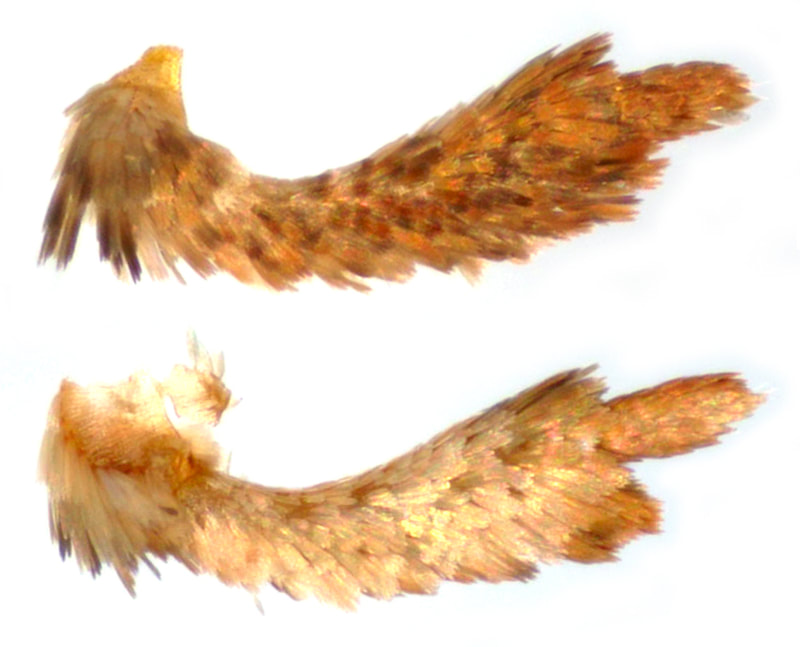 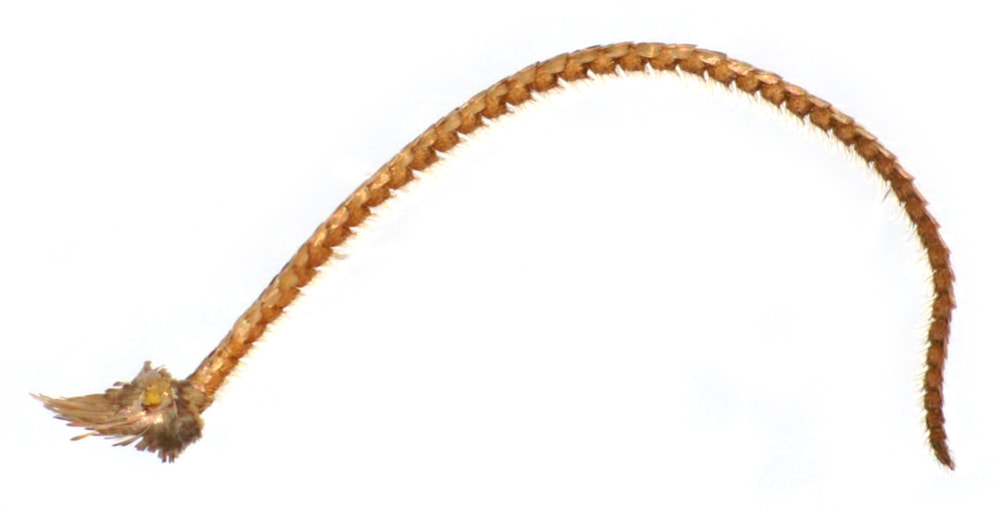 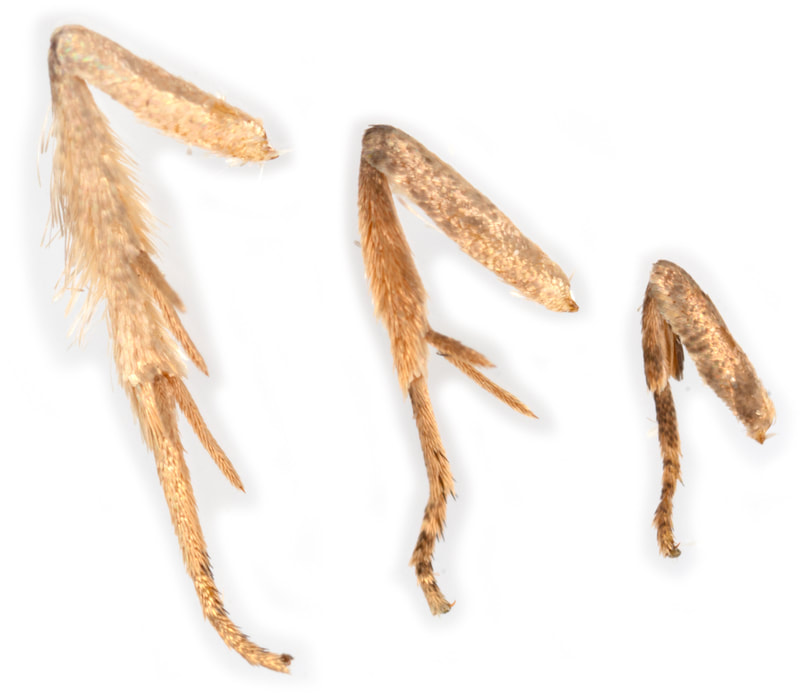 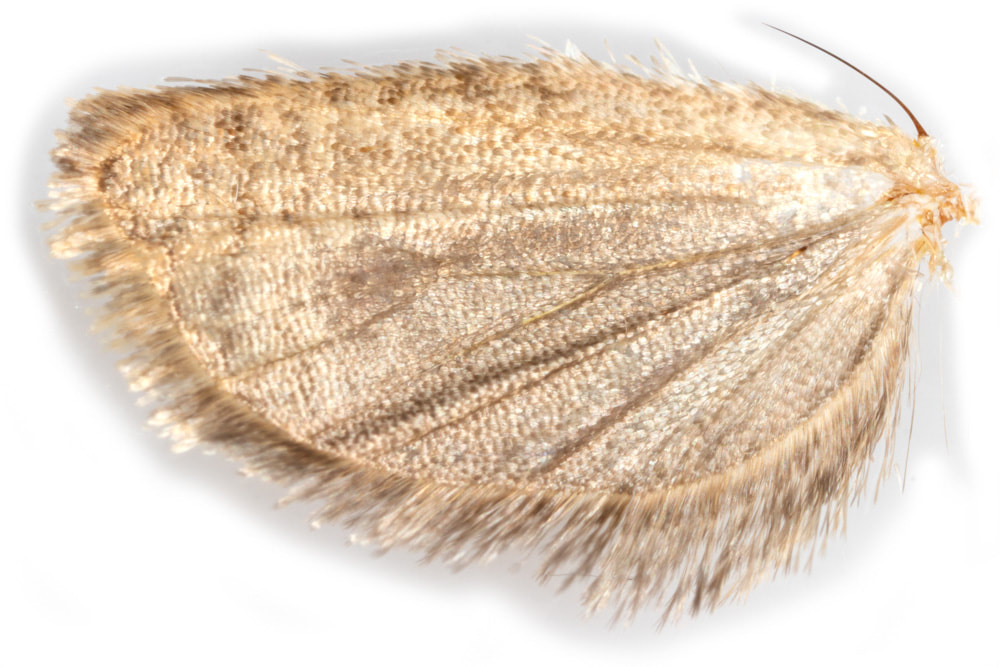 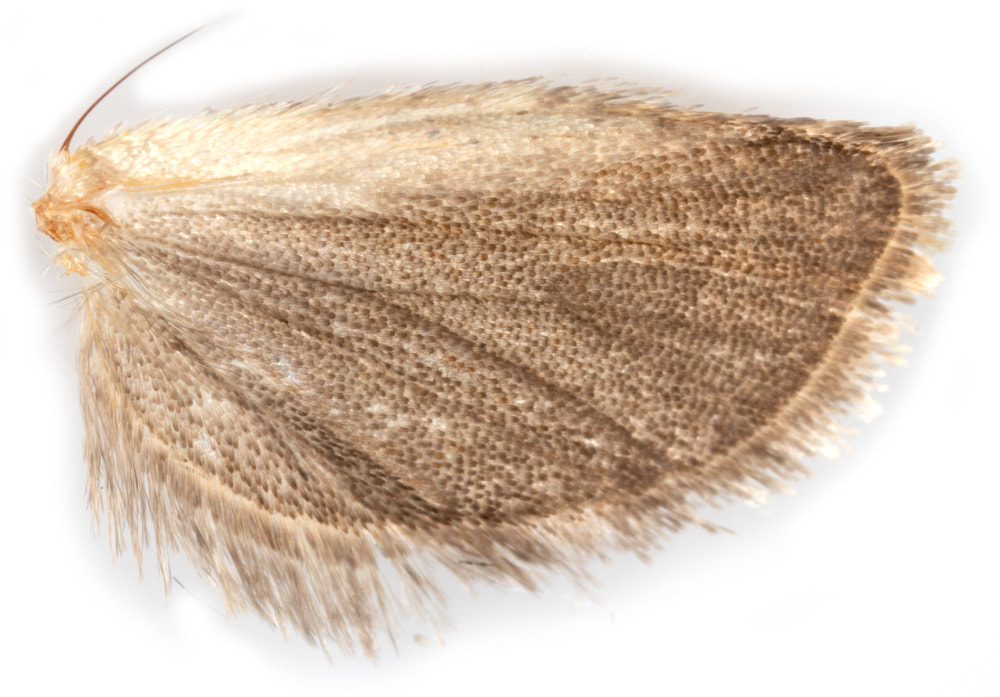 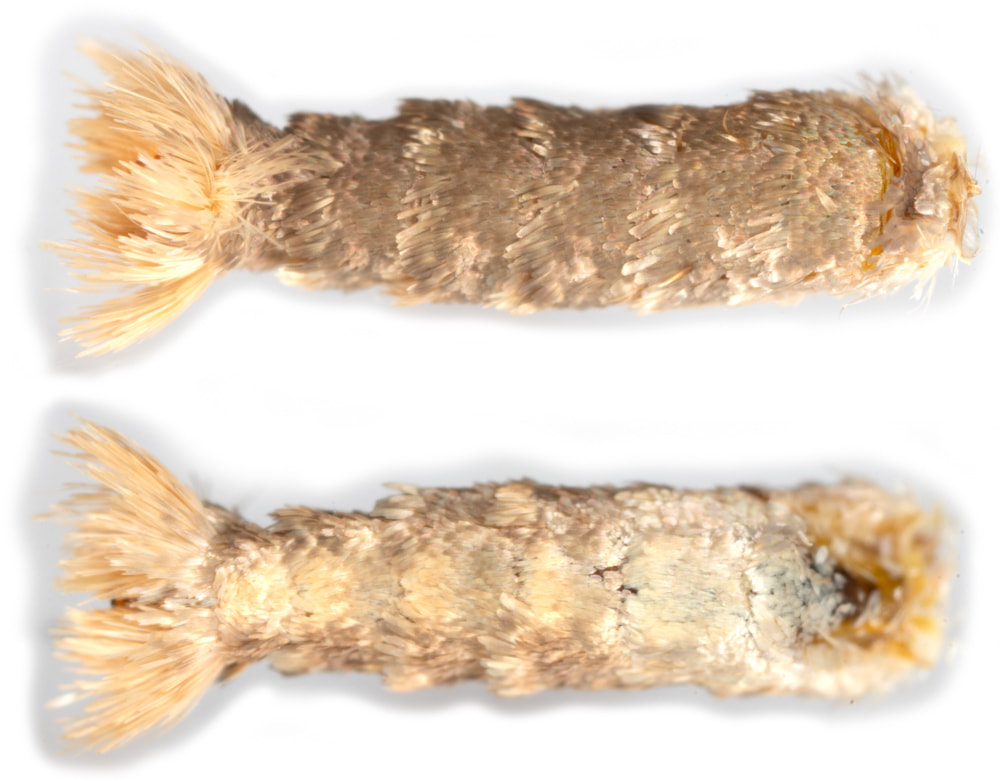 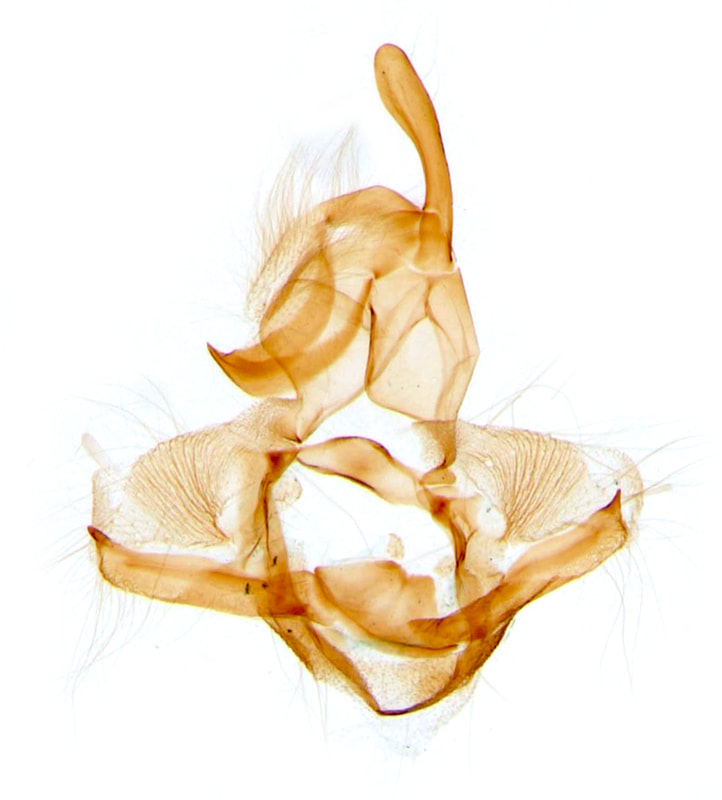 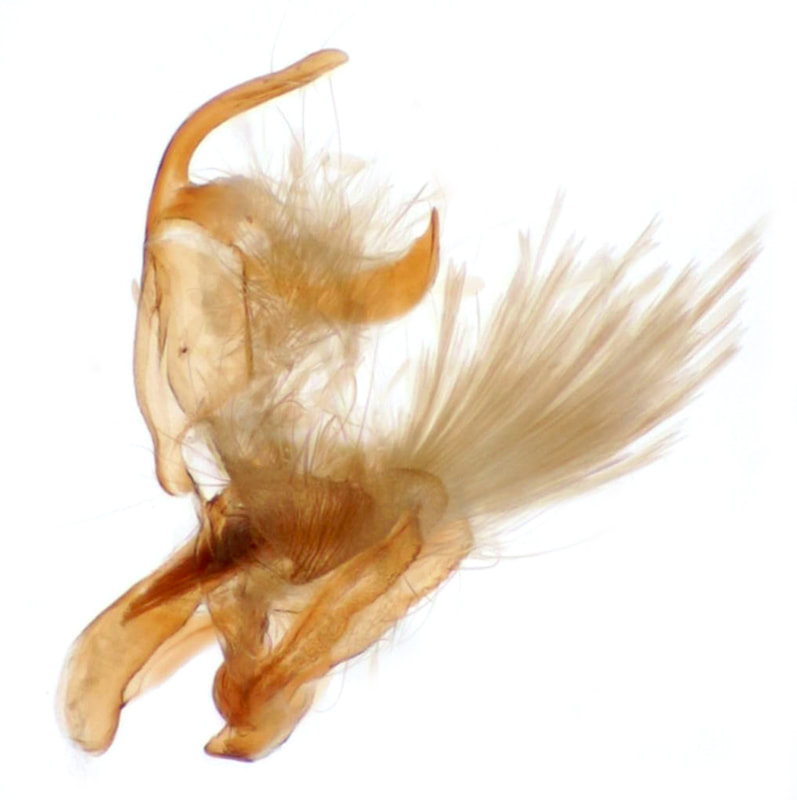 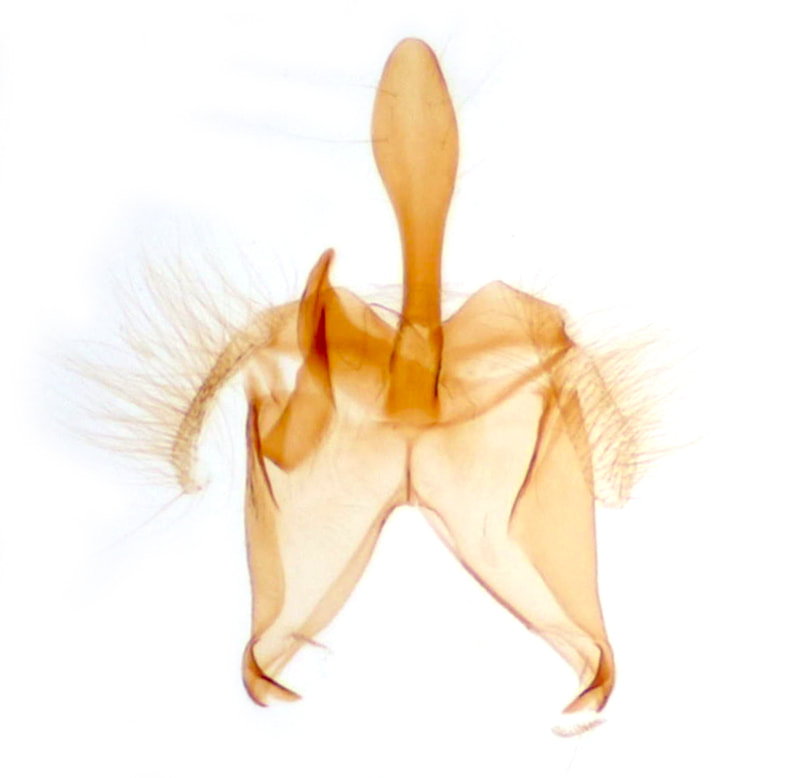 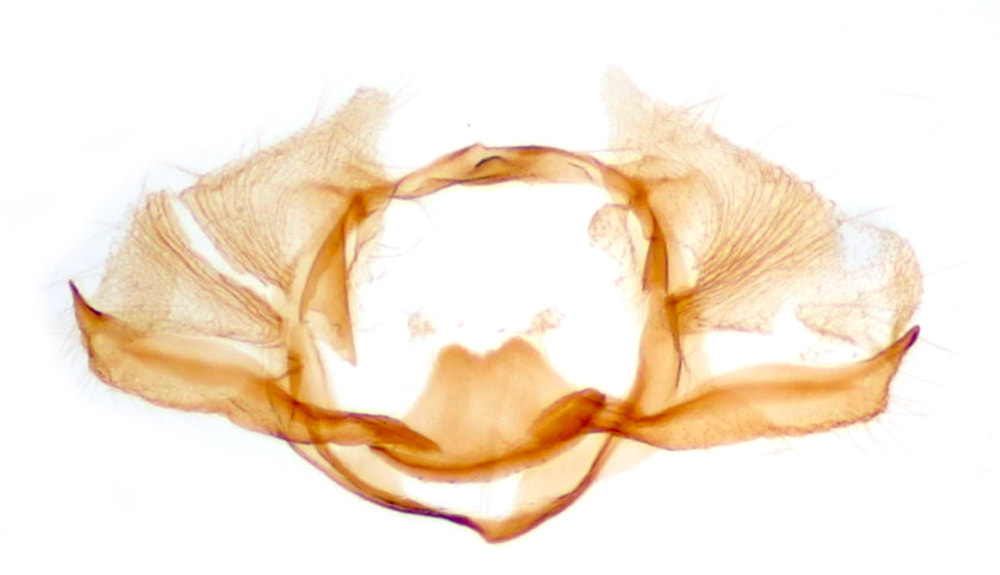 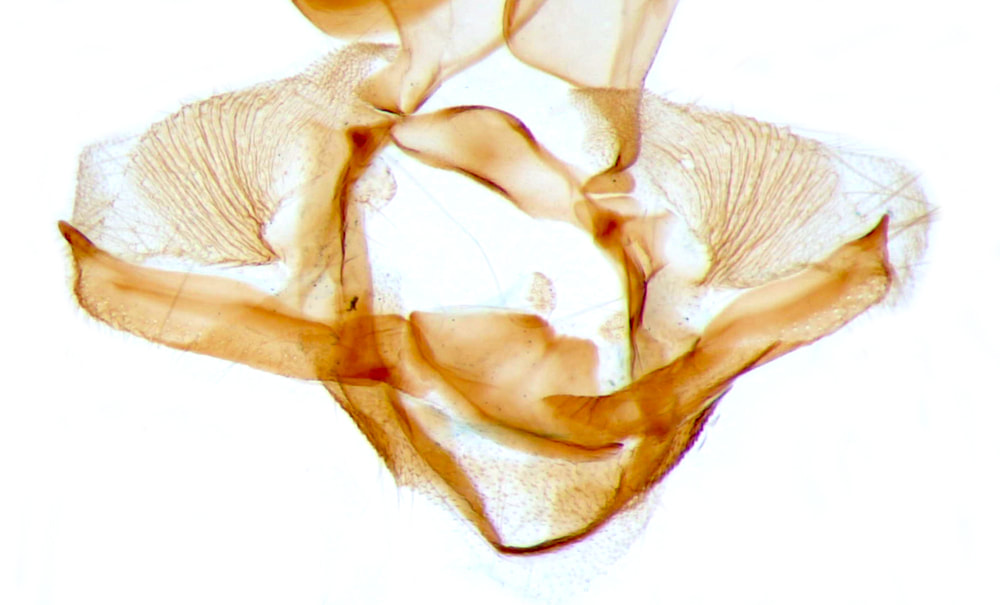