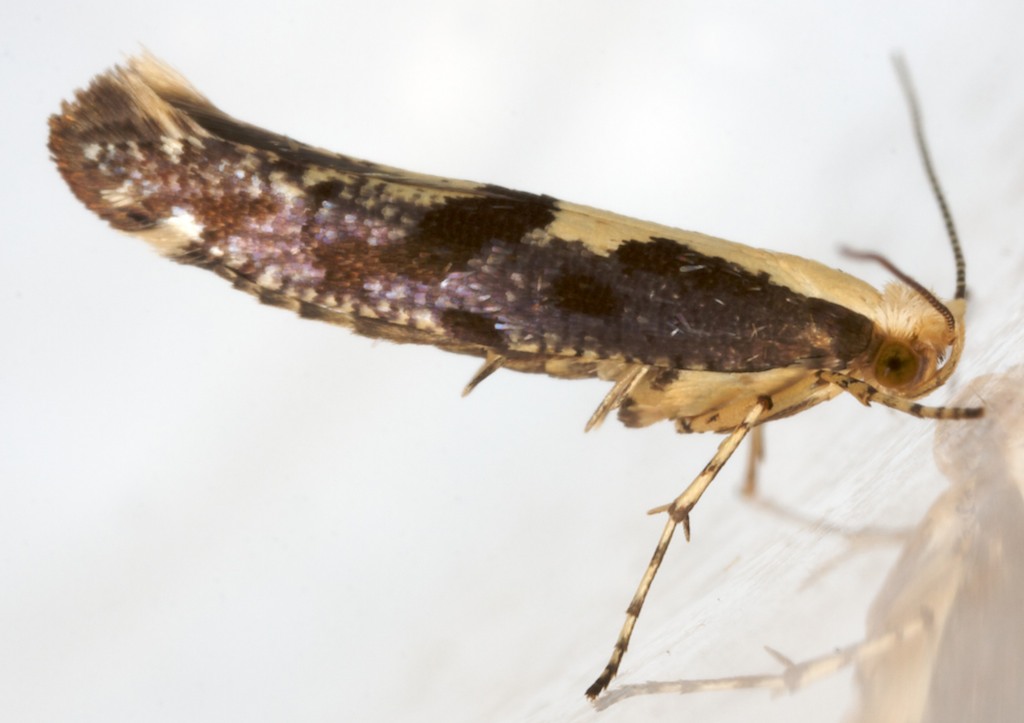 Argyresthia conjugella §1 female
ID: typical form - forewing not unicolorous; basal 1/3 not entirely white; white dorsal streak not interrupted in basal 1/3 (key in MBGBI3 is confusing here as alternative to this couplet is "dorsal streak interrupted at 5/12" both options seem to fit this and similar species); without second white streak in fold; dorsal streak not continuous to tornus; dorsal streak terminated by a dark spot which is continued into a fascia at least halfway across wing; pale markings of forewing ochreous tinged; dark fuscous markings with purplish reflections > A.conjugella.

A.conjugella has Its ‘white’ areas (head, thorax and dorsal streak) all tinged ochreous. Its tegulae are deep purplish brown, not contrasting much with the purplish brown colour of the forewing. It has several dark purplish fuscous markings not shown by similar species: an oblique fascia leading from the dorsal mark distally towards the costa (but not usually reaching it); a costal spot opposite the dorsal spot (in the position of a median fascia, but the purplish fuscous colour between the costal and dorsal spots is paler so the ‘median fascia’ is incomplete); and a basal streak edging the basal third of the dorsal streak. It also has a discrete whitish preapical costal spot.
A.spinosella averages smaller (ws 9-11mm). Its tegulae are contrastingly golden brown and the white areas are pure white.
A.semifusca is a similar size to A.conjugella but also differs in having contrastingly brown tegulae and the white areas pure white.
A.glaucinella is smaller (ws 8-10mm). It has a transverse, rather than oblique, median fascia slightly darker than the rest of the wing. Its thorax is pale shining brassy.
Both A.pruniella and A.bonnetella have the forewing white suffused cream in the costo-basal quadrant, and a distinct brown central basal streak.

Form aerariella is separated from other plain Argyresthia forms, in the key in MBGBI3, by having the head and forewing deep purplish brown.
The plain form of A.albistria has a white head. A.arceuthina has a white thorax. Other plain forms are said to be distinguishable by having the forewing various shades of golden or grey, however I am not yet convinced that A.laevigatella, A.glabratella, A.praecocella, form splendida of A.goedartella or the plain form of A.brockeella can be reliably distinguished from form aerariella without recourse to genital examination. Specimen §4, for example, does not seem to show any purple colour but its signum is that of A.conjugella and not that of any similar species.

Form maculosa is distinct. It has all the dark purplish fuscous markings on an ochreous white ground colour with none of the purplish suffusion shown by the typical form. It occurs (with the typical form) in N.Scotland.
Male genitalia
A.conjugella seems to be distinct from its congeners in possession of a multi-spined gnathos(?)
<
>
<
> 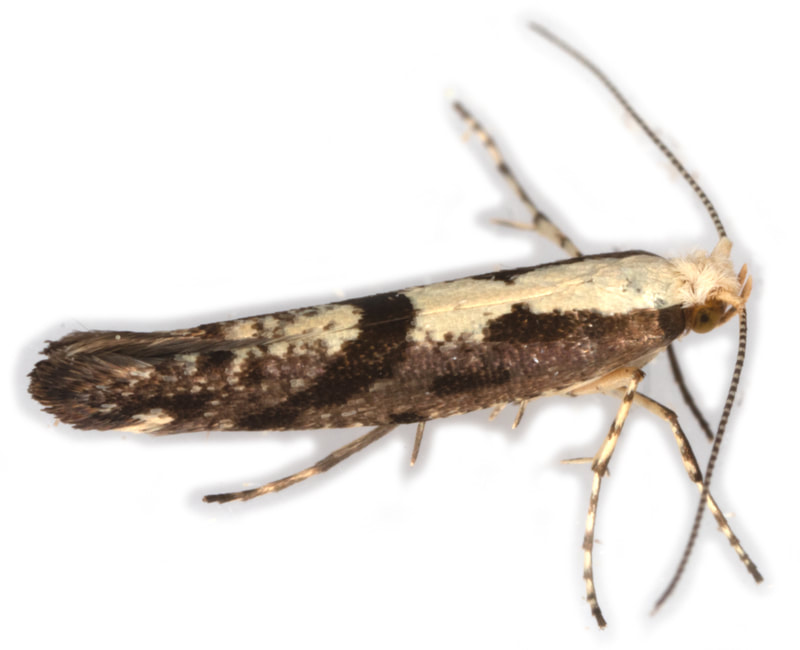 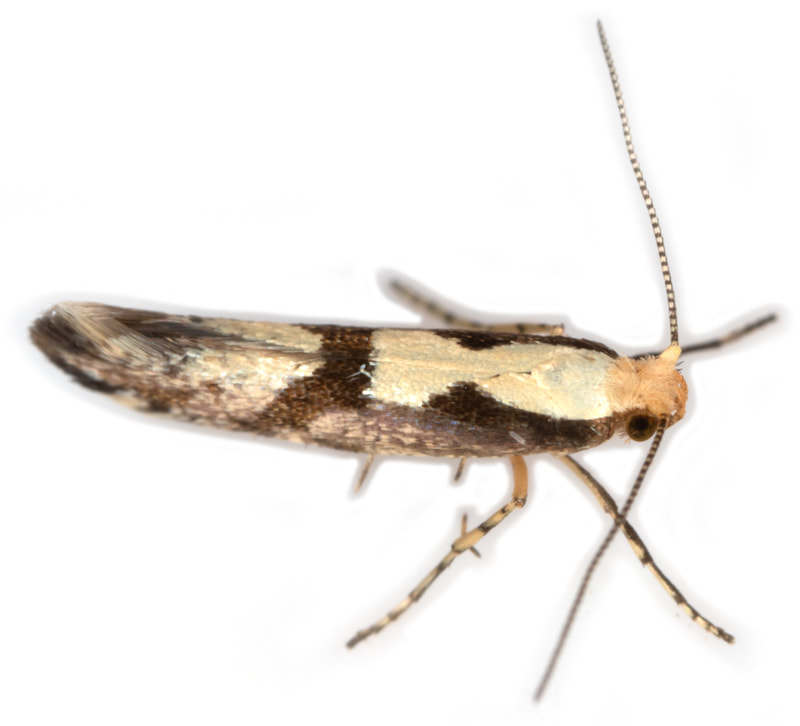 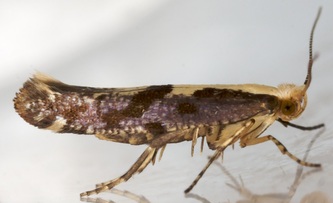 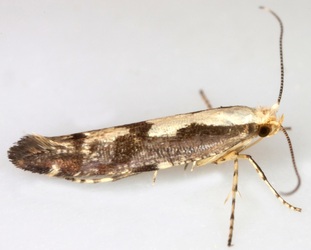 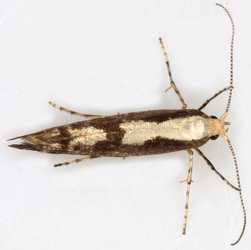 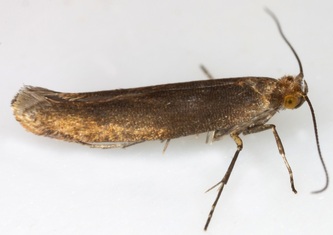 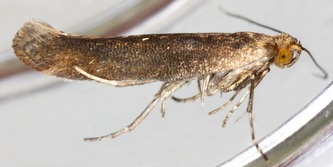 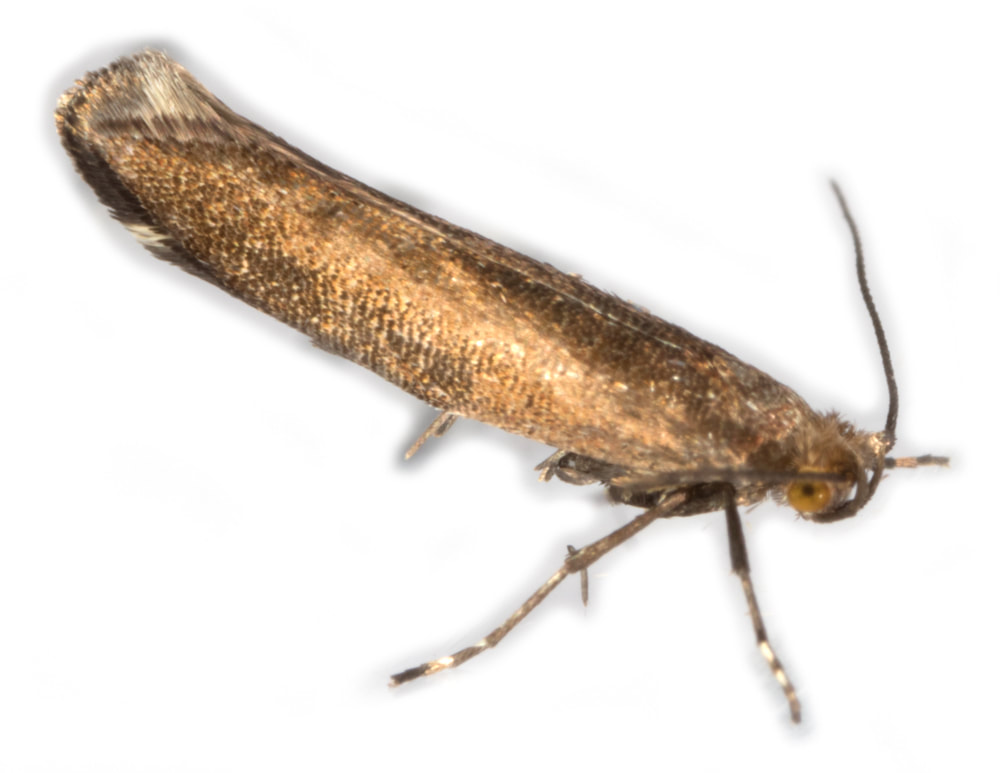 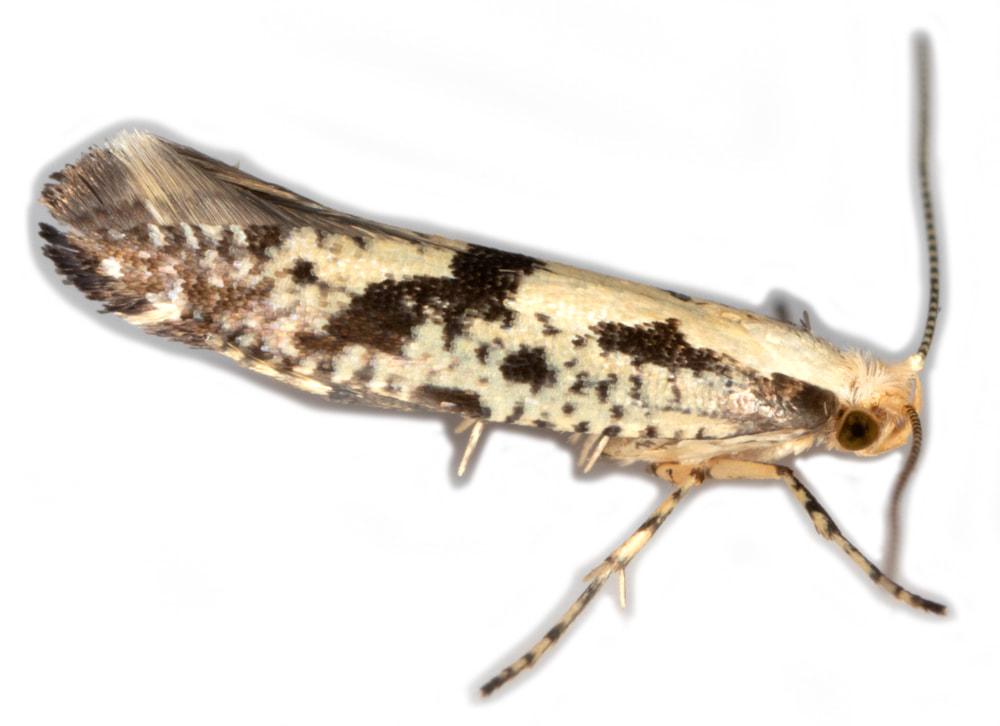 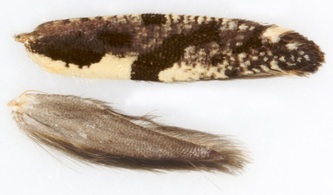 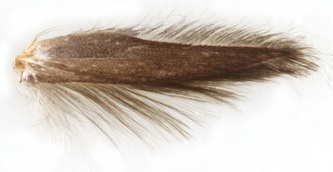 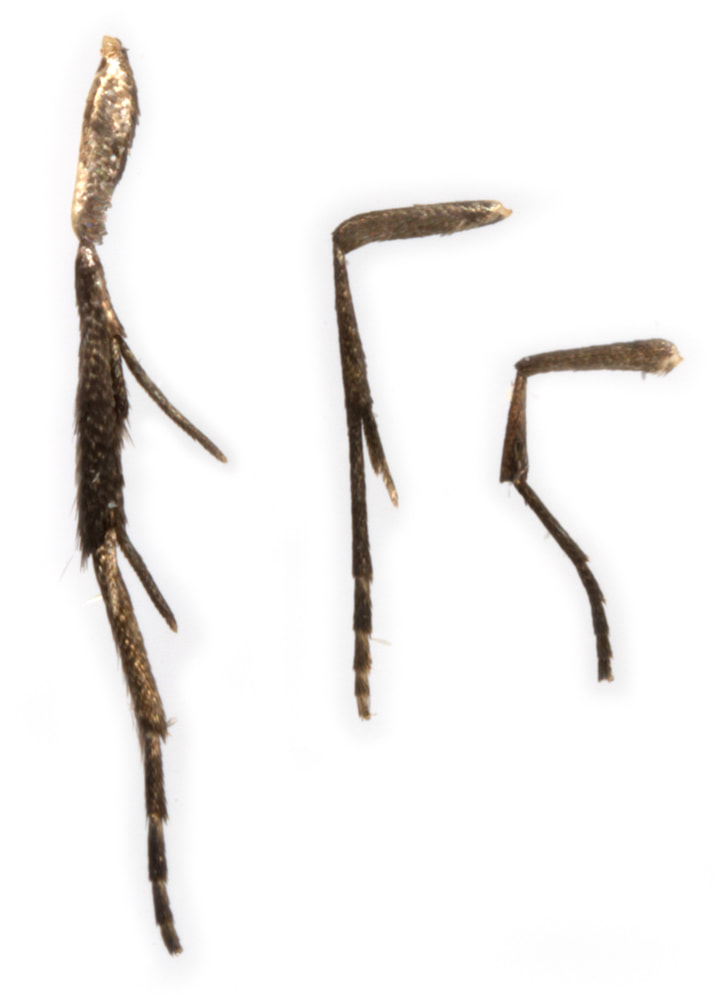 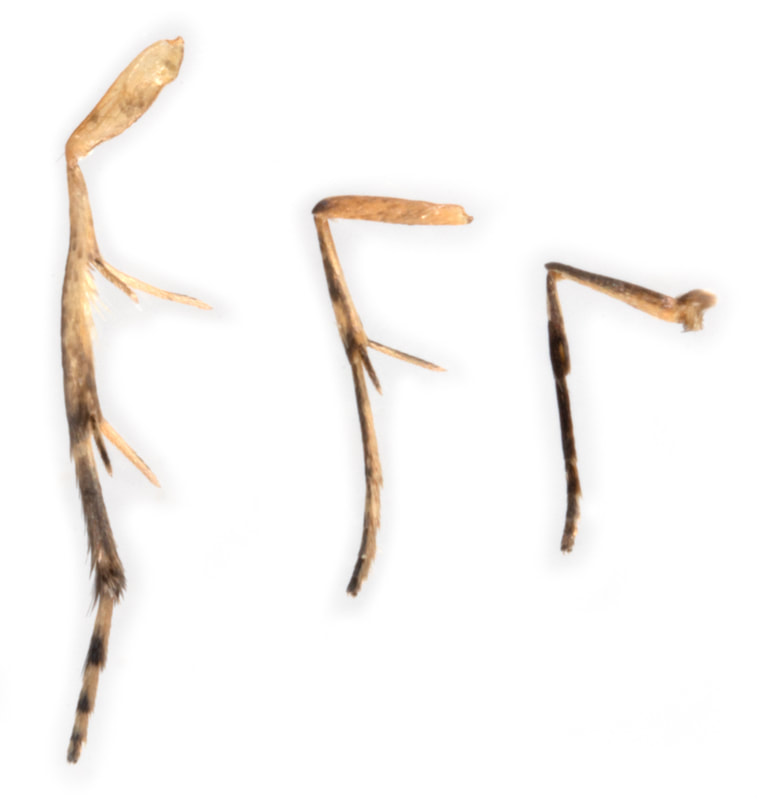 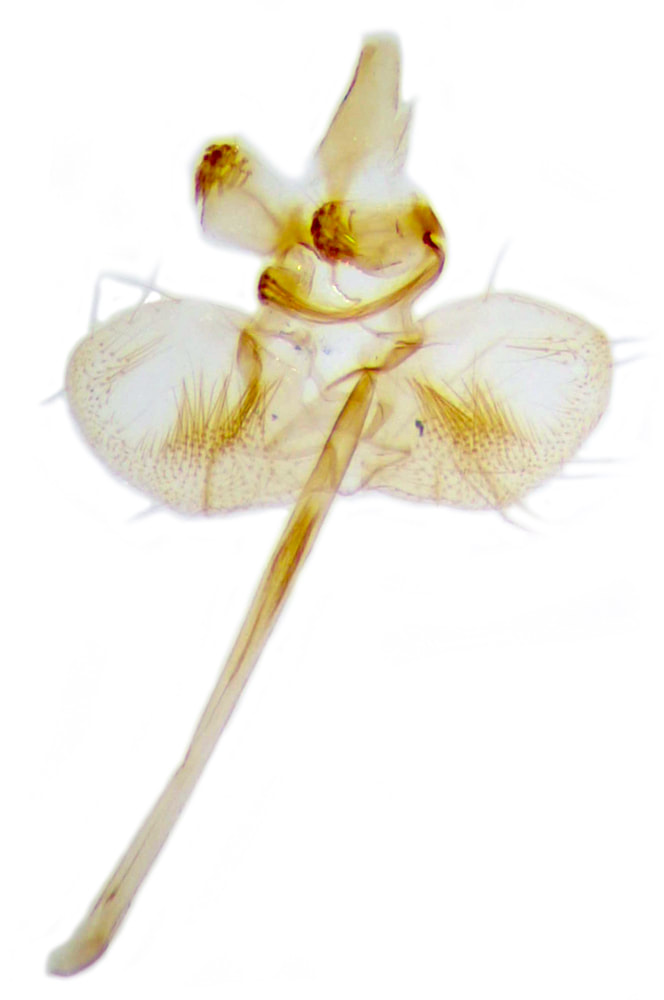 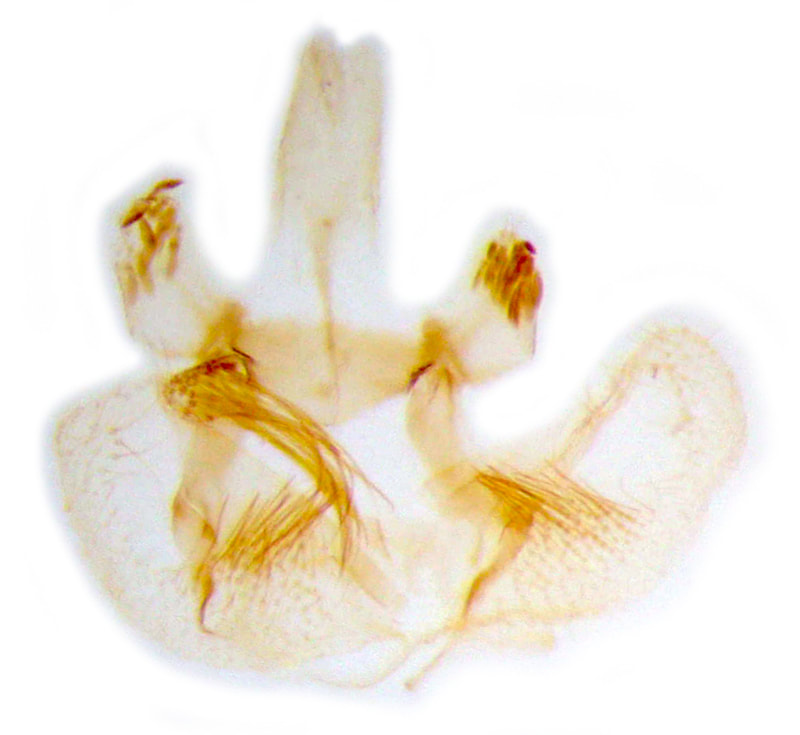 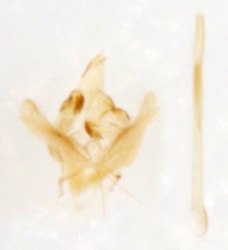 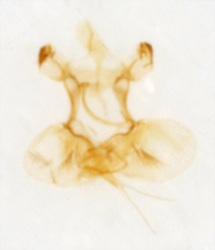 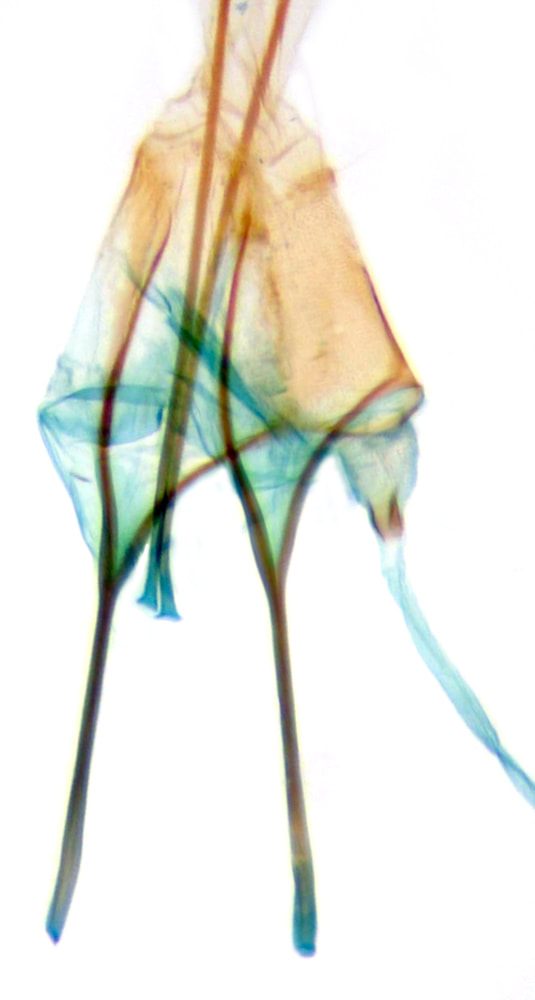 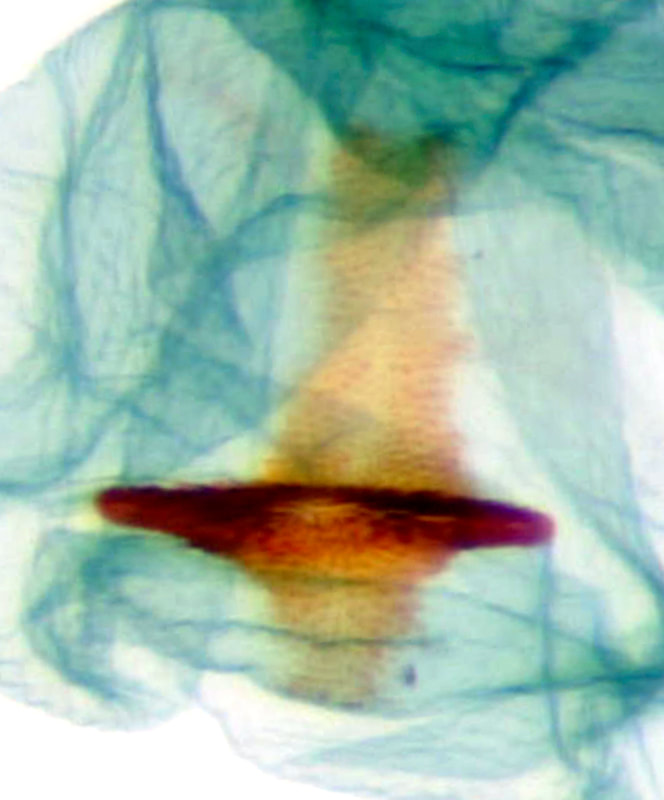 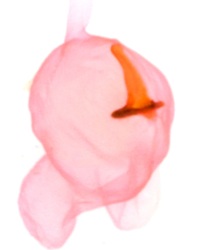