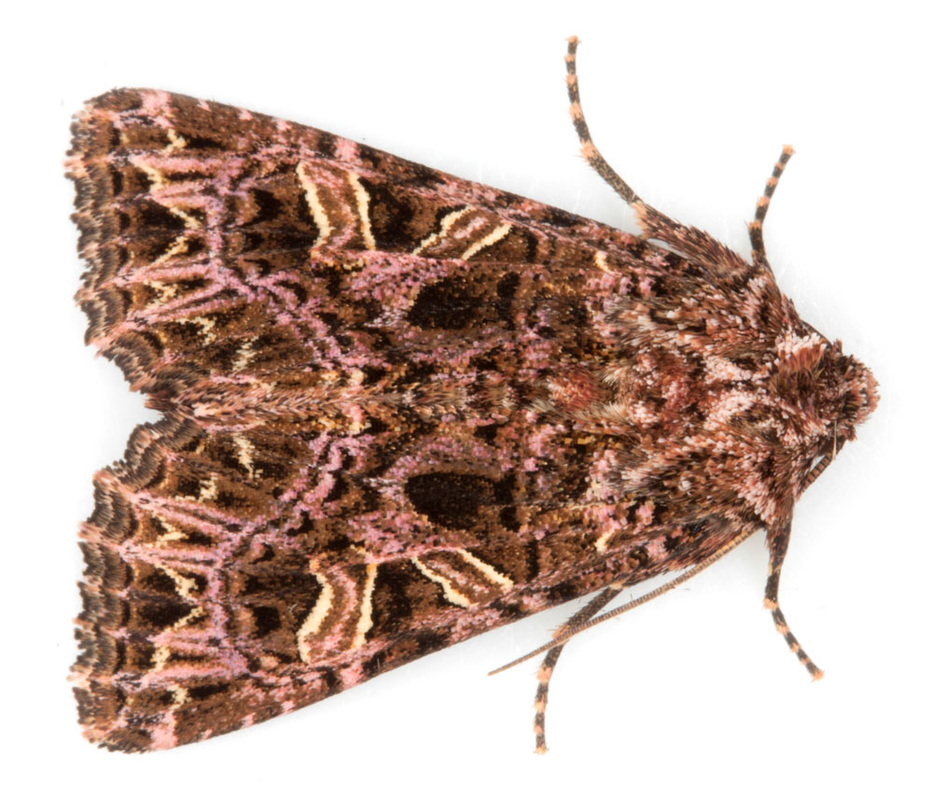 Sideridis rivularis (Campion) §3 male
ID: When fresh the purplish-pink marbling on the forewing is diagnostic, but this fades to leave a dark greyish brown with age. Oval and kidney marks pale outlined and usually joined by an extension of the dorsal end of the proximal margin of the kidney mark towards the dorsal end of the obliquely placed oval mark. Pale subterminal line dentate throughout.
When the pink colour has faded it closely resembles Hadena bicruris (Lychnis) in which the oval and kidney marks are not usually joined and the subterminal line is less dentate, especially towards the dorsum.
Regarding the dorsal end of the subterminal line: MBGBI9 states re S.rivularis "final 2-3mm straight and reaches dorsum at a right angle or inclines slightly towards the base" and confusingly illustrates this by showing it not straight and inclined towards the termen ie away from the base (fig 17, p228); and re H.bicruris "joining dorsum at an angle of 45 deg, clearly inclined to and almost parallel with termen" and illustrates this as described (fig 18 p235). Waring & Townsend state: "On Campion (it) is zigzagged throughout and turns to finish usually at trailing corner (ie tornus). On Lychnis it is zig-zagged only near leading edge and in the middle and then curves more smoothly to finish on trailing edge, usually angled towards base of wing". I believe the crucial feature is that in S.rivularis the subterminal line is dentate throughout while in H.bicruris dentations are absent in the dorsal quarter. I am not convinced that the direction of the final "zig" is of much value.
All my specimens of H.rivularis show 2 pairs (costal and central) of pink-margined arrowheads projecting distally from the postmedian line, this feature is not seen in my specimens of H.bicruris. Additionally the postmedian line is much more distinct in all my specimens of S.rivularis than in any H.bicruris - but these features are not mentioned by MBGBI9 or Waring & Townsend.
<
> 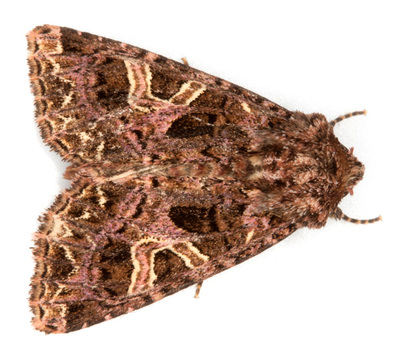 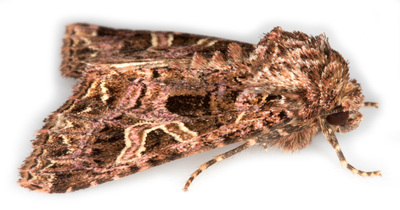 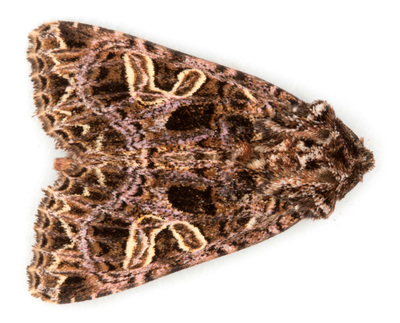 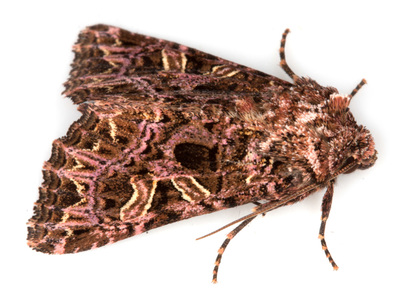 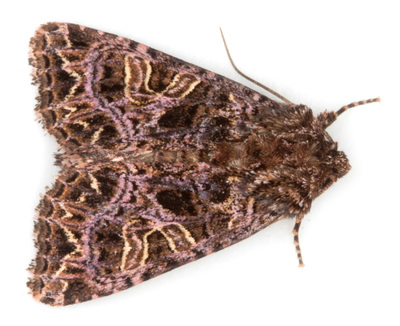 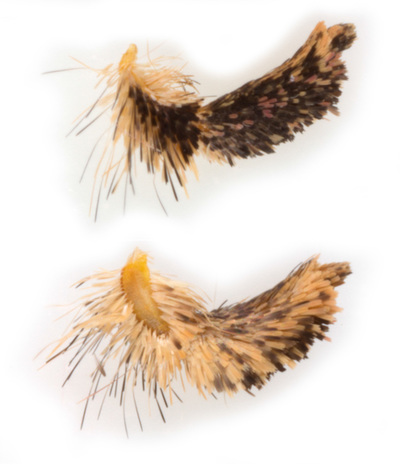 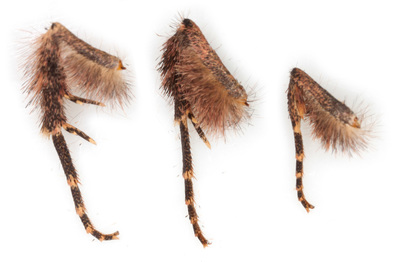 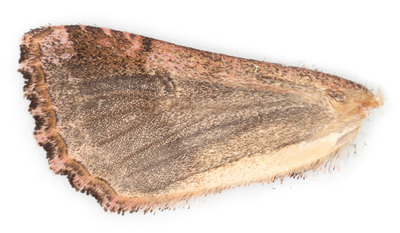 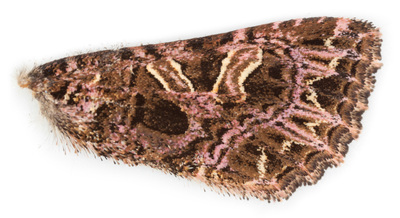 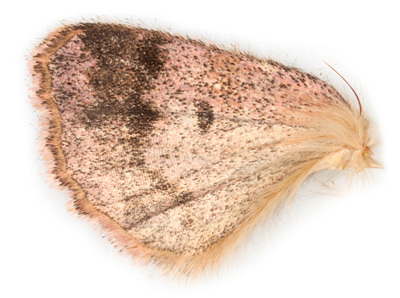 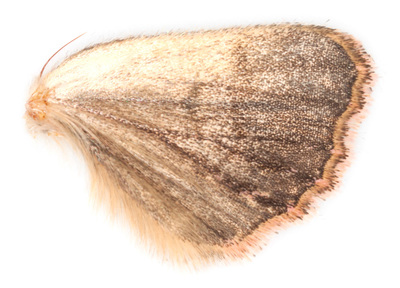 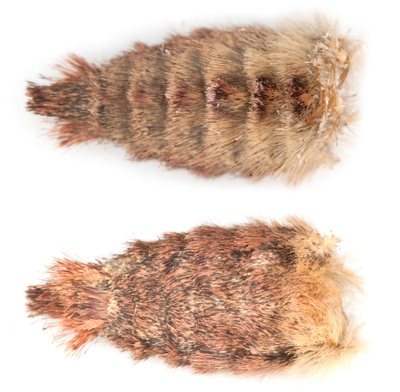 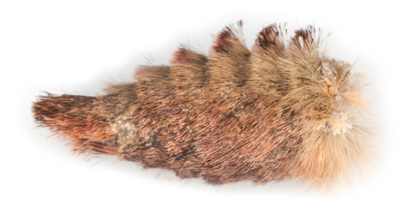 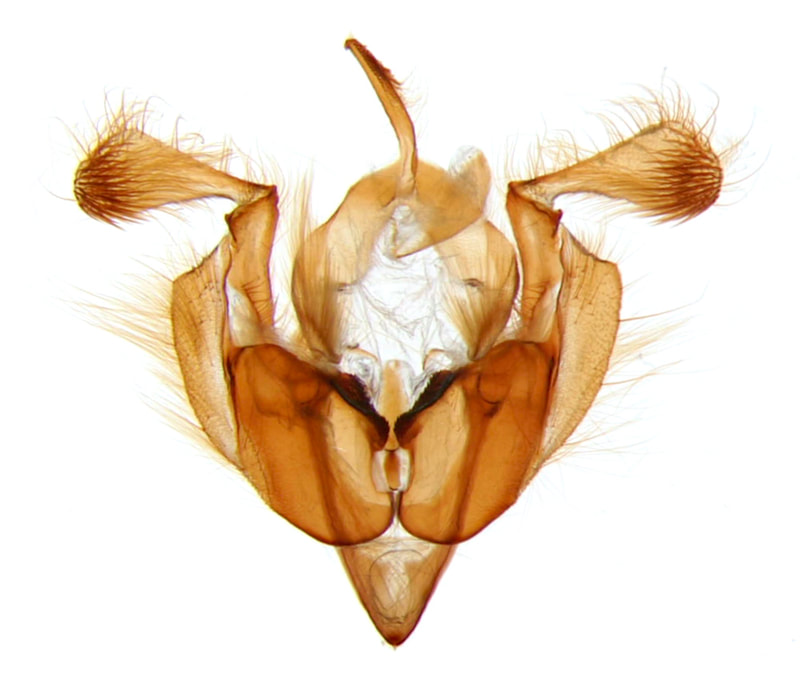 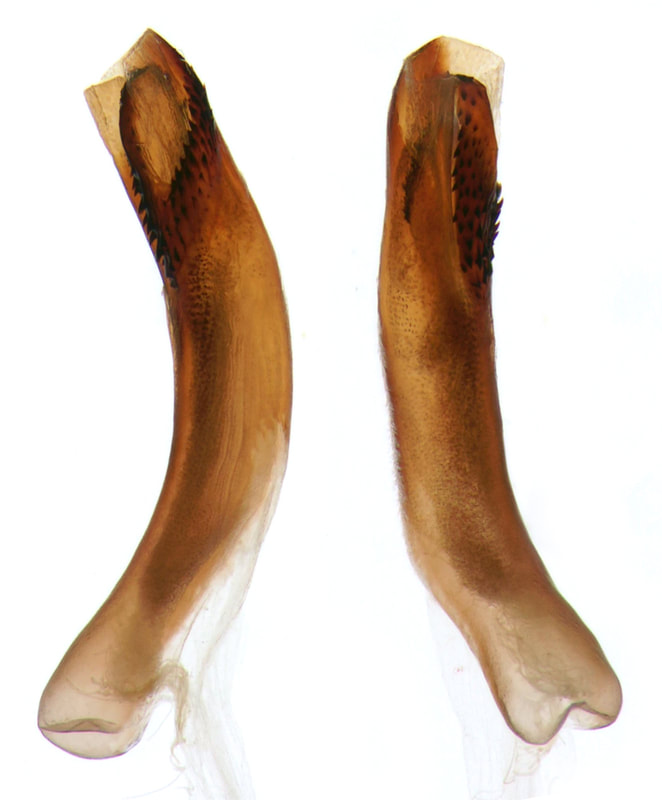 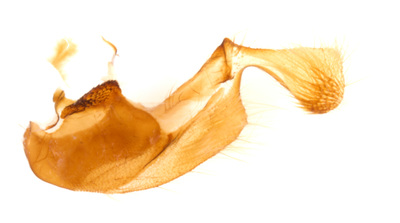 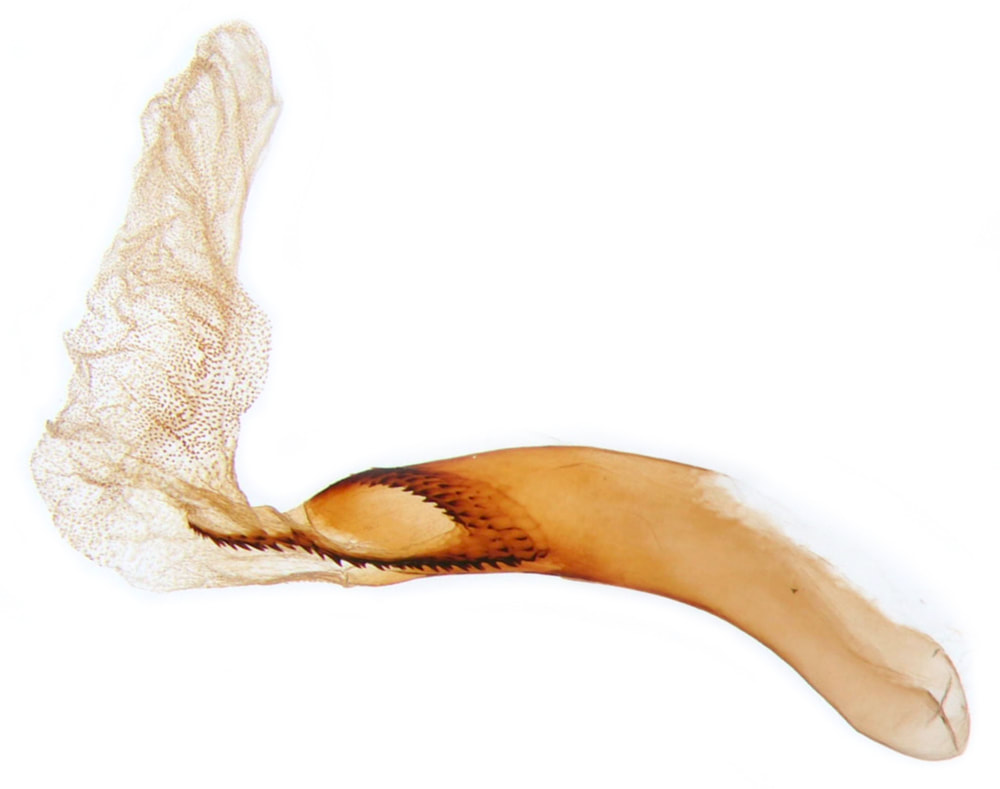