ws: 10.5-12.5mm; Jun-Jul; red clover (Trifolium pratense); fairly common in S.England and Wales.
Note that the specimens I have identified as this species have fw lengths in the 6.7-7.9mm range which would give ws ~14.5-16.0mm
I had originally identified them as C.trifolii on the basis of this size, but they do not have orange "eye-lashes" and the genitalia fit C.deauratella.
Formerly considered conspecific with C.frischella & C.alcyonipennella

Coleophora deauratella §1 male; Foulness, Essex; 30/06/2013 © Chris Lewis
ID: Forewing metallic; eyes fringed with fuscous hairs (not orange); antenna fuscous with apical ~1/5 white, unringed; base of antenna thickened with projecting scales for > 3 segments > C.deauratella
MBGBI3 gives the thickening at the base of the antennal flagellum as 1/10 of the flagellum length in male and 1/4 in female C.deauratella and as for 2-3 segments in C.frischella/alcyonipennella. The antennal scape is also thickened with scales and it is probably not possible to see either the scape-flagellum junction or to count antennal segments in the section with thickened scales; it is also not clear to me that 1/10 of the flagellum would look very different from 2-3 segments. A clearer distinction may be obtained by comparing the length of the thickened basal portion of the antenna (including the scape) with the white portion at the apex - in C.deauratella they are of similar length, while in C.frischella/alcyonipennella the white portion is clearly longer than the thickened portion.
Male genitalia: Sacculus relatively broad at apex with a broadly rounded ventro-lateral angle and a moderate dorsally-directed process at the dorso-lateral angle. Valva of fairly even width and shorter than sacculus. Aedeagus with a strongly sclerotised and relatively long tunica; concave curve of vesica with an elongate sclerotisation of its wall, parallel with a line of elongate cornuti in the vesica. I have not yet obtained any convincing C.trifolii material but its male genitalia are shown at Dissection Group and drawn in MBGBI3 - the sacculus comes to a medially-directed short apical point; valva narrowed at base and as long as sacculus; aedeagus with a weakly sclerotised tunica, vesica without a sclerotised curve and 1 long cornutus in vesica. In C.alcyonipennella and C.frischella the sacculus comes to a small lateral point, very small in the case of C.frischella; and the sclerotised tunica of the aedeagus is much shorter than in C.deauratella.
<
> 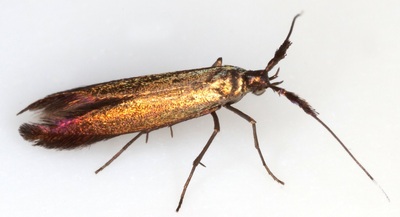 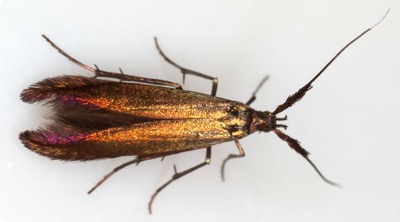 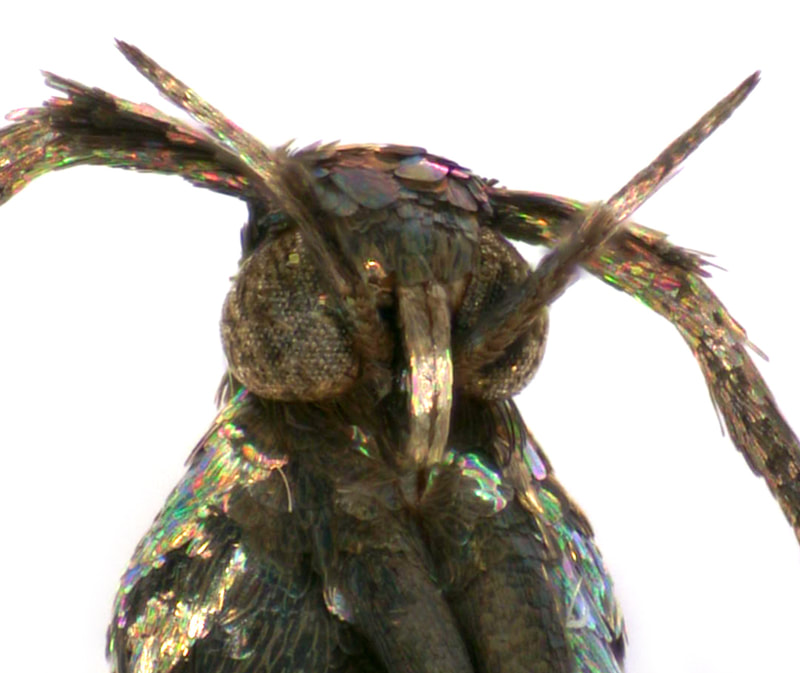 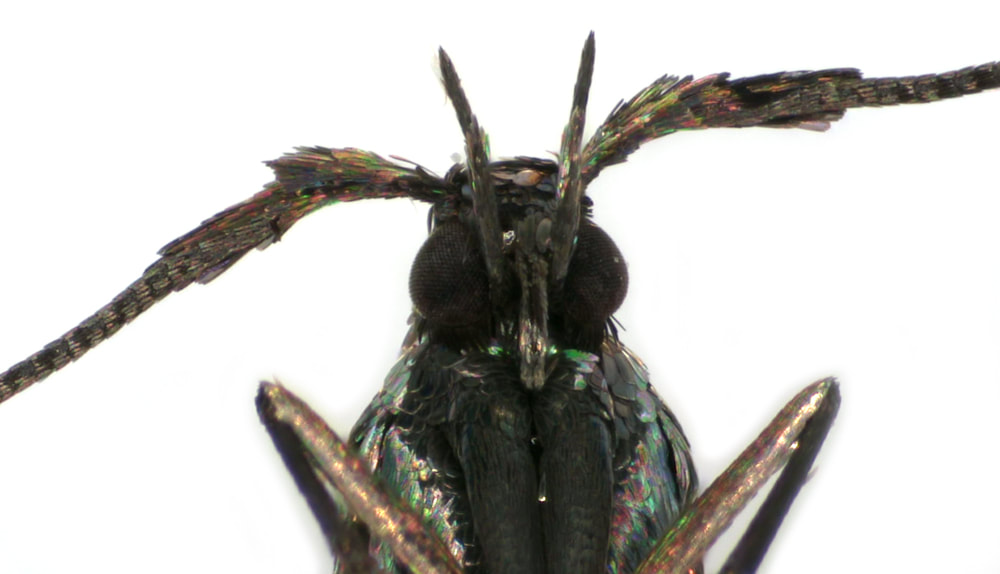 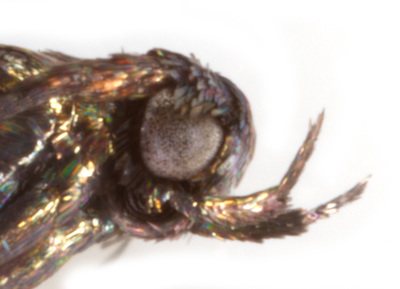 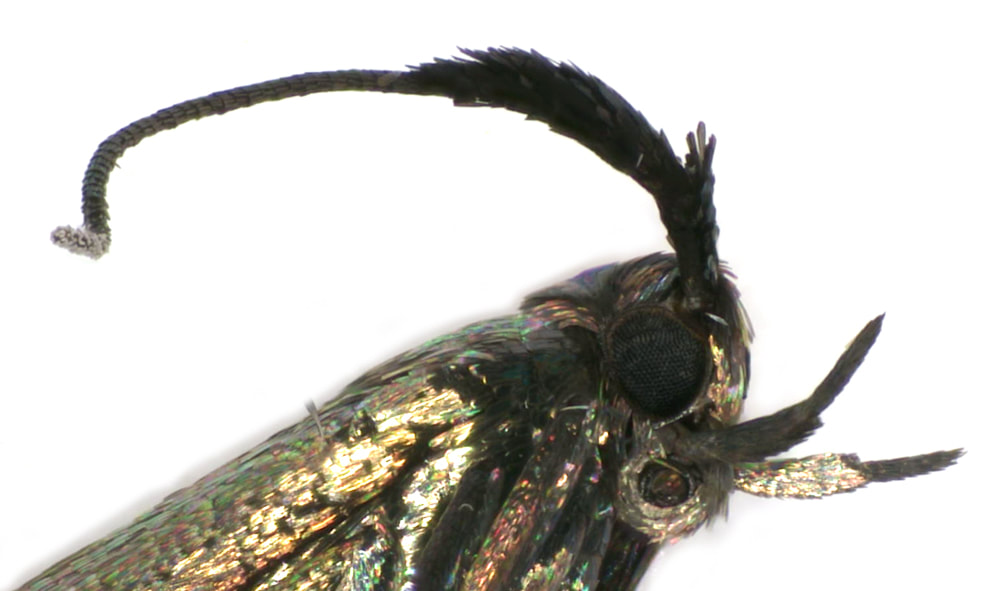 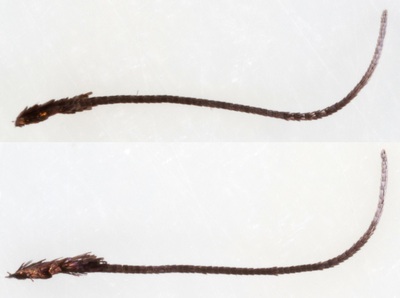 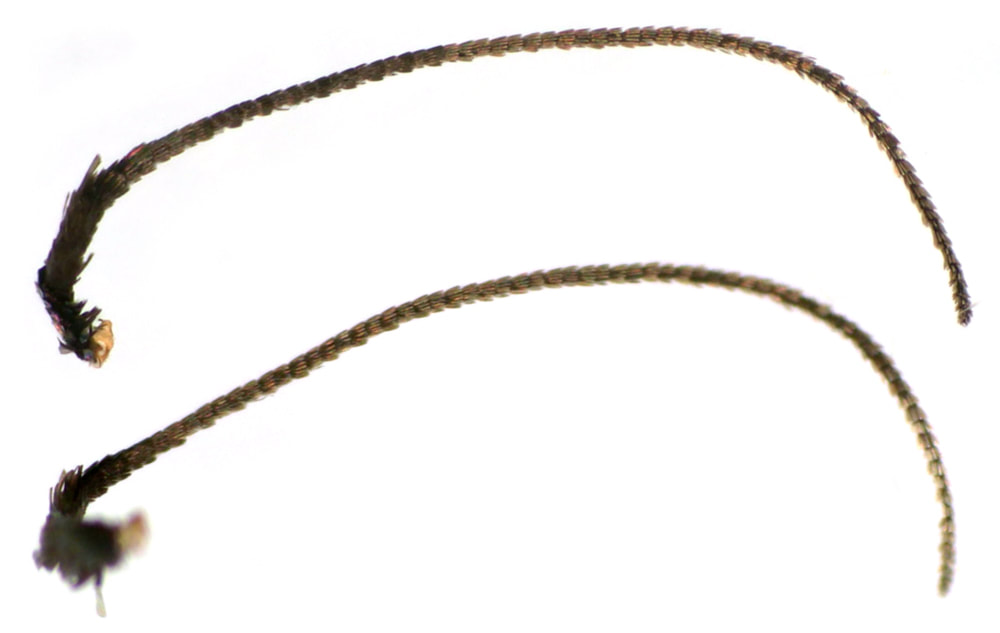 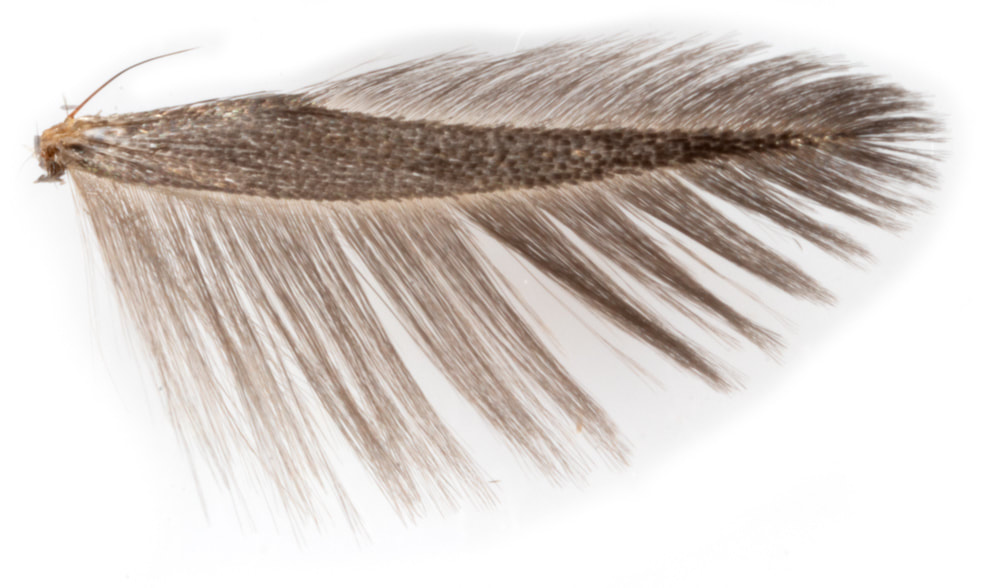 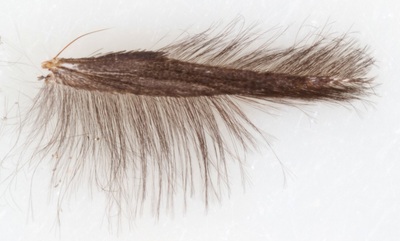 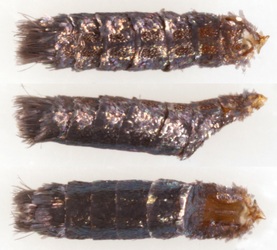 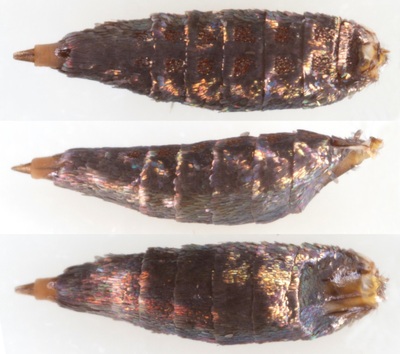 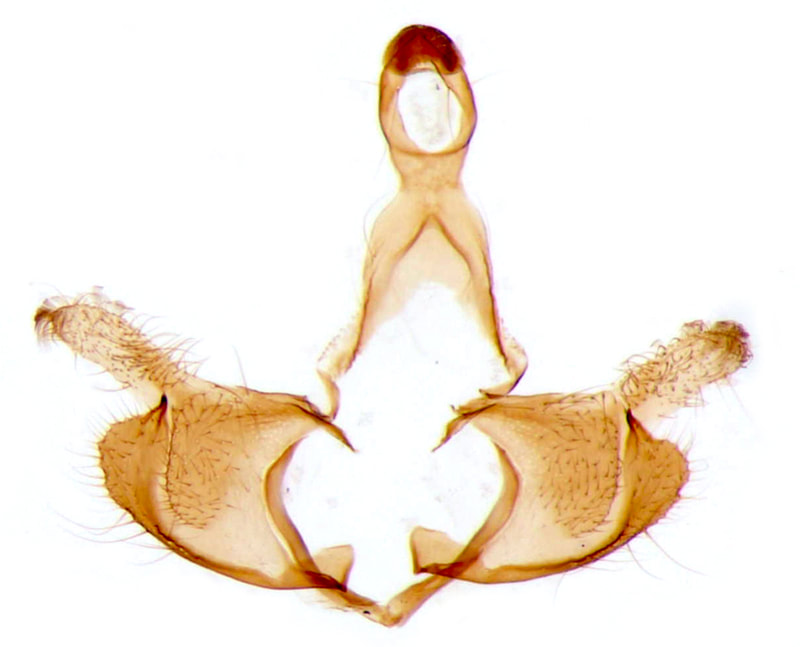 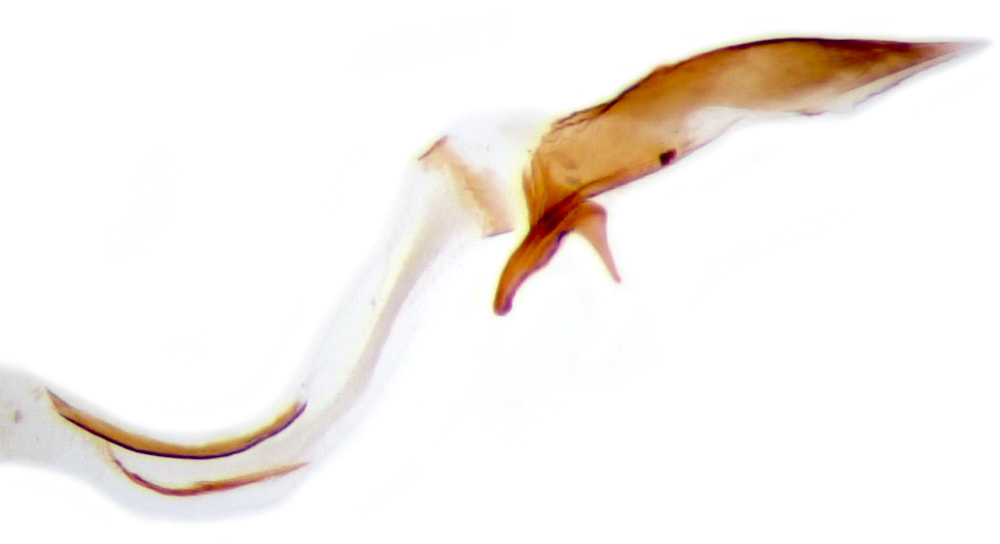 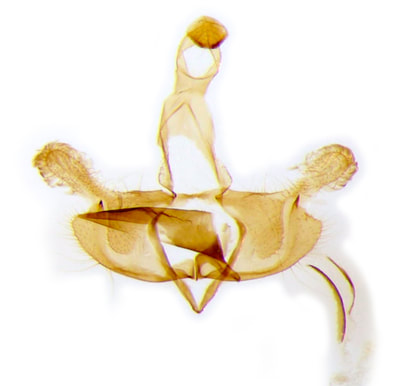 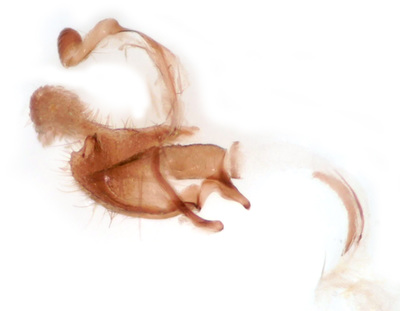 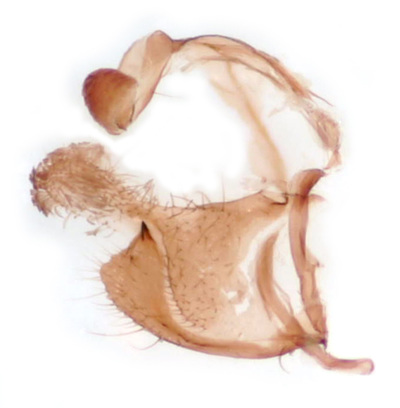 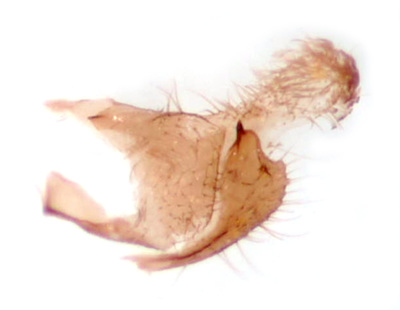 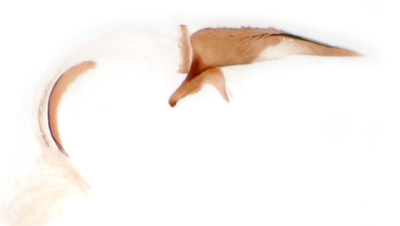 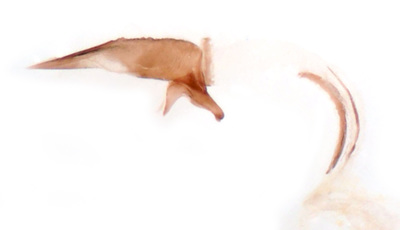 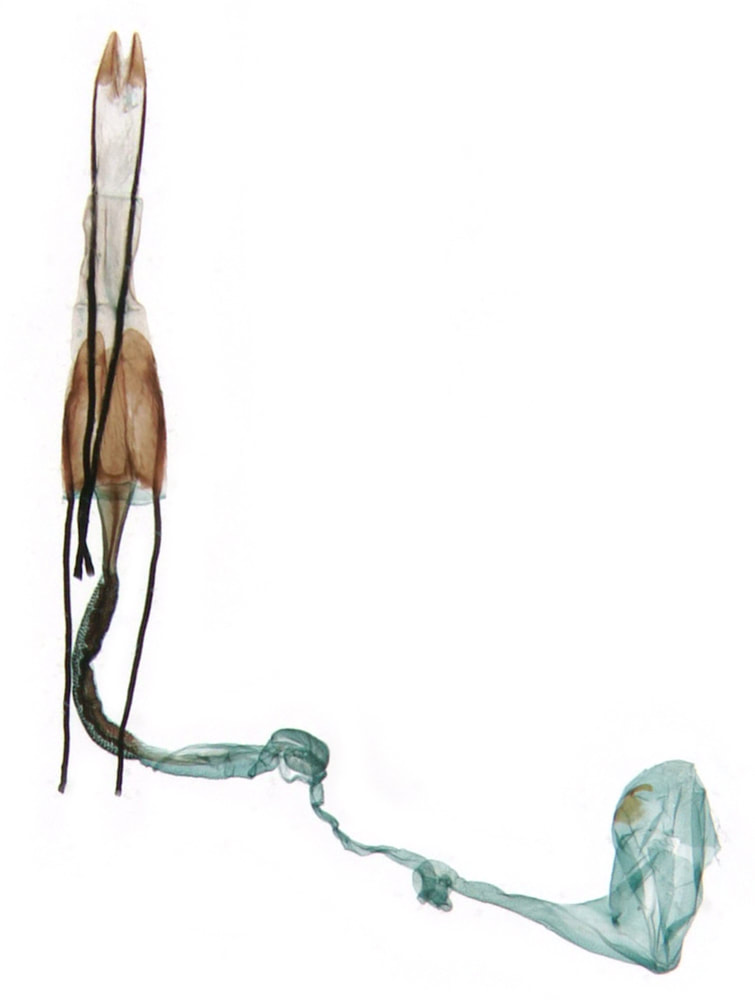 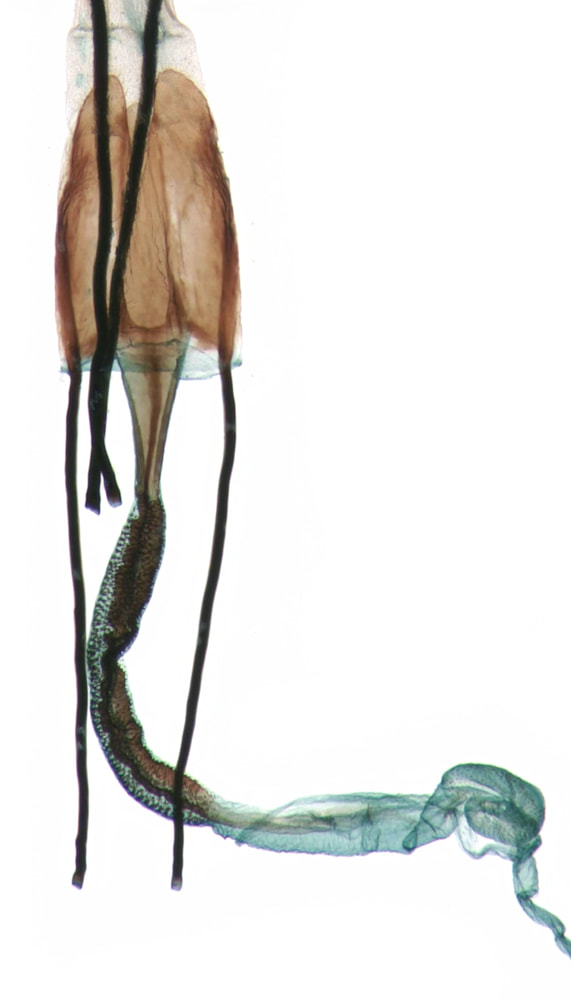 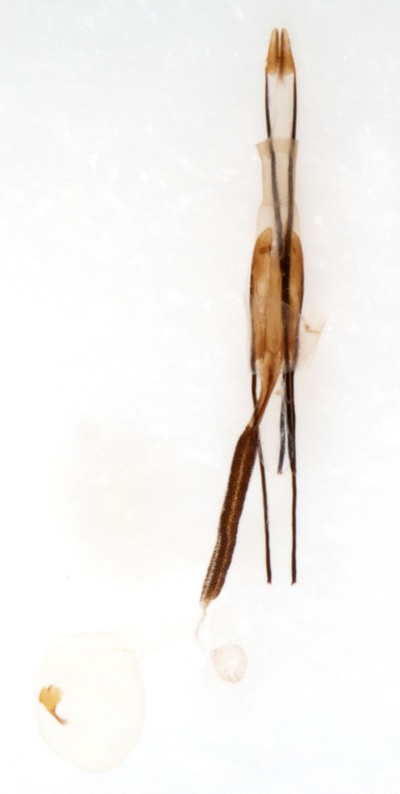 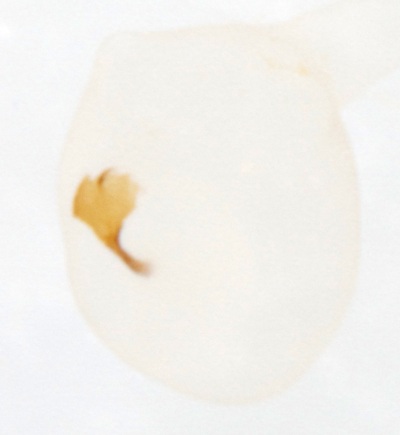 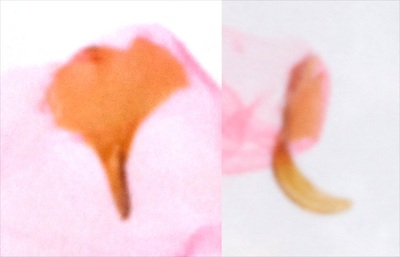 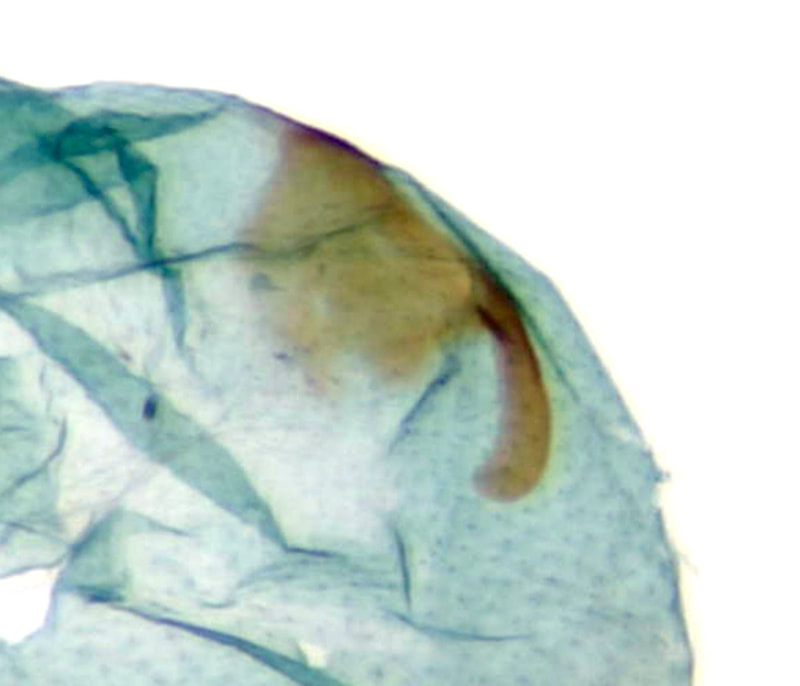