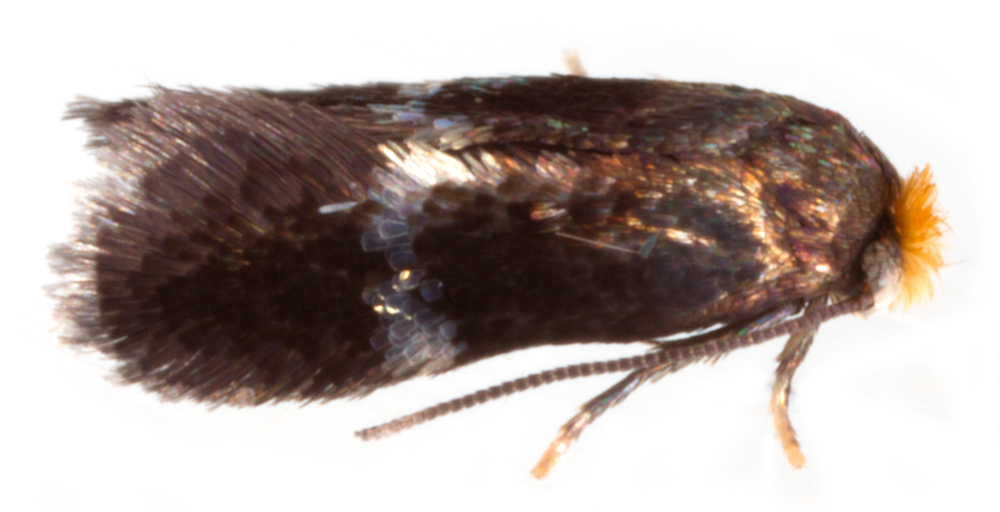 Bohemannia auriciliella §1 male
ID: Well --- I won't deny that I spent a long time struggling with this identification - which has been confirmed by Erik J van Nieukerken.
According to MBGBI1, the main feature distinguishing Stigmella species is a 'U' shaped vinculum (in the usual view with the posterior at the top that is an inverted 'U'); this specimen clearly shows a more rounded vinculum and the antennae are longer than shown by any Stigmella species - so we can rule out all Stigmella species.
Based on a combination of information from the excellent but incomplete Nepticuloidea.info and MBGBI1 I have made a provisional key to the Tribe: Trifurculini. We can dismiss species in group A (unmarked forewing), B (dorsal pale spot only) and E (broad antemedian fascia with postmedian costal and dorsal spots). It was more problematic to decide whether this specimen has a complete median fascia and whether the paler area at the forewing base constitutes a pale spot.
Assuming the fascia is complete and there is no basal pale spot (group D) we have: frontal tuft yellow/ferruginous; collar dark; no hair-pencil on hindwing - which just gives Ectoedemia agrimoniae which has a pointed pseuduncus and so can be excluded.
Assuming the pale markings are dorsal and costal spots and not a complete fascia (group C) we have: spots postmedian; ~44 antennal segments, ws 6mm > B.auriciliella. This specimen has 44 antennal segments (including the eyecap) and a fw length of 2.8mm.
The following description of B.auriciliella is taken from Nepticuloidea.info - (I have removed references to the female and to the venation):
Male. Wingspan: 6 mm.  Head: frontal tuft orange;  collar  fuscous with coppery reflections, small, comprising lamellar scales;  scape shining silvery white, posterior quarter grey;  antenna with c. 44  segments.  Thorax fuscous, with coppery green reflections.  Forewing  shining brown to dark brown, basal quarter brassy; shining silvery costal  and dorsal spots beyond middle, almost forming a fascia, expanded inwards  along dorsal margin;  terminal cilia fuscous with shining silvery grey  tips, which are separated by a distinct cilia-line.  Hindwing brown with  greenish reflections, without hair-pencil or costal bristles.  Anal tufts  present (colour not noticed).
Male genitalia. Vinculum almost circular, not excavate  anteriorly.  Tegumen not forming pseuduncus, rounded.  Uncus band-like,  without medial process, with two lateral setose pads.  Gnathos with long,  narrow central element.  Valva with curved inner margin, tip curved  inwards, rounded, dorsal projection absent.  Aedeagus with paired medial  ventral carinae and lateral lobed carinae;  vesica with two large curved  cornuti and many smaller. See more at: http://nepticuloidea.info/taxonomy/term/7847/descriptions#sthash.ohgV2FgJ.dpuf
The external morphology seems spot-on. Web Images of this species also show the apical ~7 segments of the antenna to be whitish - this is not mentioned in the above description but is also shown by this specimen.
An image of the genitalia is shown at Dissection Group (the individual shown is not one of 4 specimens mentions by Nepticuloidea.info or the additional 2 mentioned by Hants Moths). I think the vinculum and tegumen/uncus are a good fit; the aedeagus is probably acceptable given the limits of resolution of my photographic equipment - but I wasn't sure about the valva. It has an extremely long transtilla, much longer than is apparent in the image at Dissection Group (this is not the 'dorsal projection' that should be absent). Also the apex of the valva may be a little more pointed than is suggested by the description 'rounded'. A long transtilla and a more pointed apex is shown by Trifurcula species - but none of the British representatives of this genus provides a good fit on any other character.

I am grateful to Erik van Nieukerken for confirming this identification. He also informs me that specimens have now been obtained in Czech Republic, Switzerland and Bulgaria. 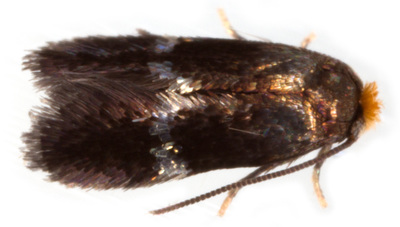 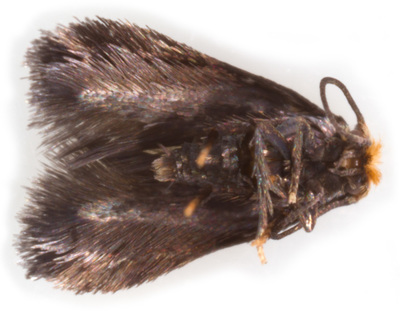 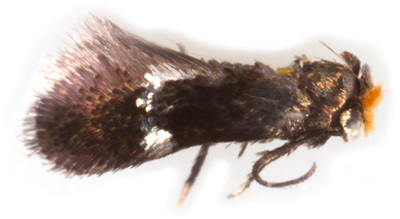 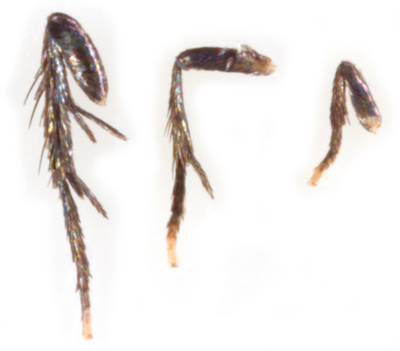 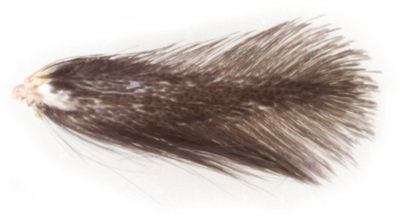 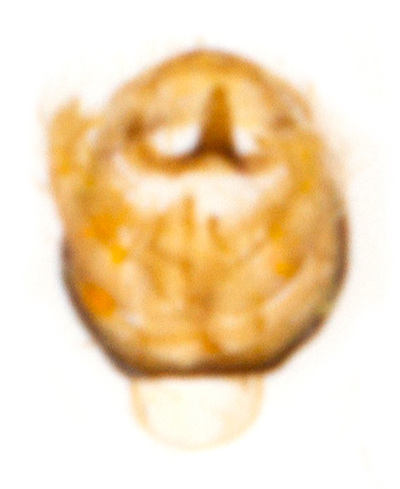 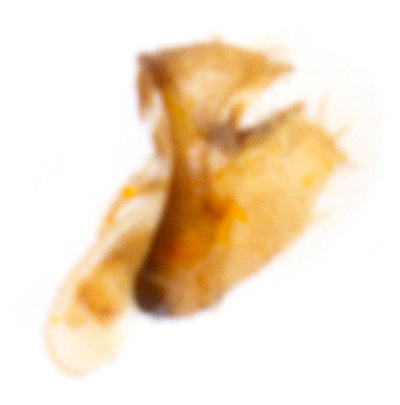 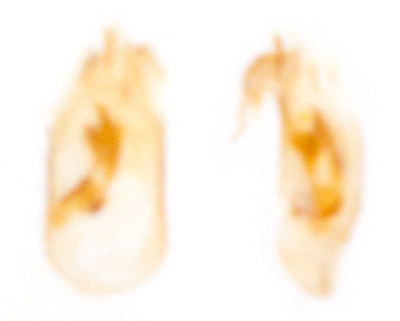 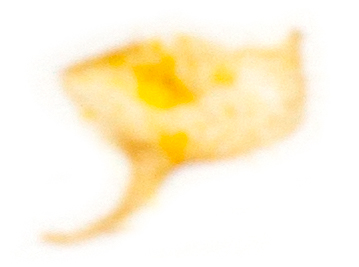 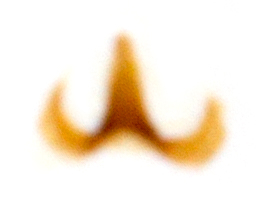 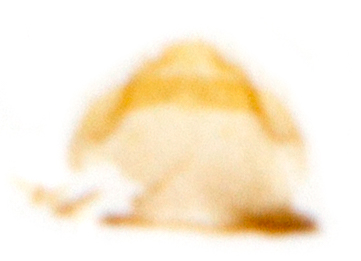