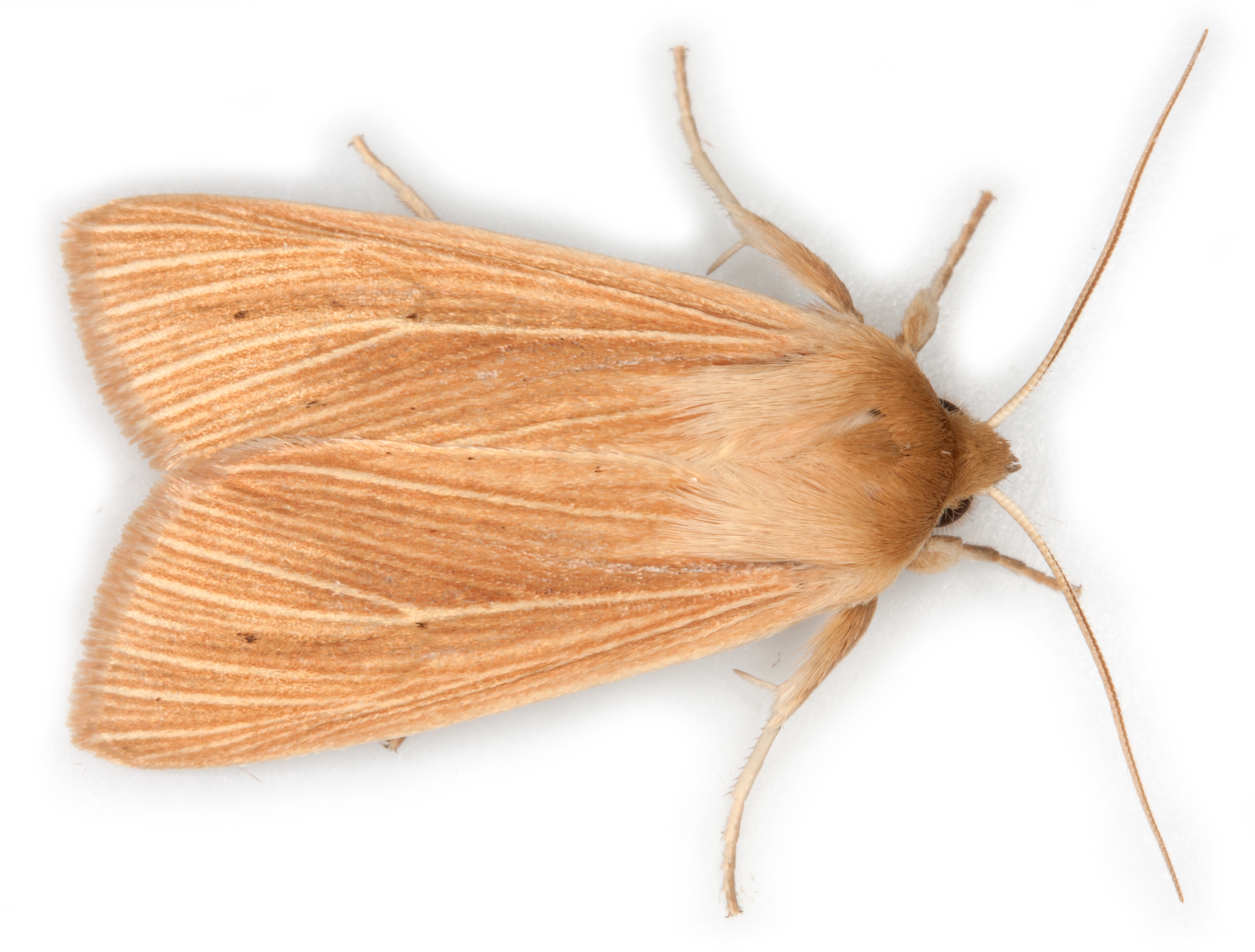 Mythimna pallens (Common Wainscot) §1 male
ID: Pale straw or a reddish brown forewing ground colour; postmedian line of black dots may or may not be present; forewing veins generally pale-lined; hindwing usually whitish, sometimes lightly dusted with grey and occasionally extensively grey.
M.favicolor (Mathew's Wainscot) (16-18mm) has the same shape as M.pallens (and some believe it to be a saltmarsh variant of M.pallens). It usually has a sandy-orange forewing ground colour; the veins are not pale-marked; postmedian line of dots consistently present - but there does not seem to be any absolutely reliable means of identifying this "species". (See M.favicolor for more detail)
M.impura (Smoky Wainscot) (14-18mm) and M.straminea (Southern Wainscot) (14-18mm) can be very similar to M.pallens, but they have a different forewing shape - in M.pallens the forewing base is narrower and the termen makes a more acute angle with costa; M.straminea has a straighter costa and a more pointed (less rounded) apex than M.pallens or M.impura.
M.impura has a straw forewing ground colour; the central vein is white-marked and bordered on its dorsal side with a blackish streak; there may be additional fine black interneural streaks in the terminal part of the forewing; hindwing smoky grey, but sometimes only lightly dusted with grey. Doubtful specimens can be identified by viewing the underside of the forewing which is extensively dusted with blackish scales in M.impura and largely white in M.pallens (and M.straminea).
M.straminea has a whitish or greyish-straw forewing ground colour; a diffuse brownish streak runs along the dorsal margin of the central vein; variable dotted postmedian line; hindwing whitish with veins dark-lined and a dark dashed median line (which may be faint). Both M.impura and M.straminea show a dark central spot on the hindwing underside which is usually not present in M.pallens (but is present in §4). Having said all that, I usually find the easiest way to recognise M.straminea is by looking at it head-on when it appears to be wearing a headband - due to narrow dark lines across the patagia. 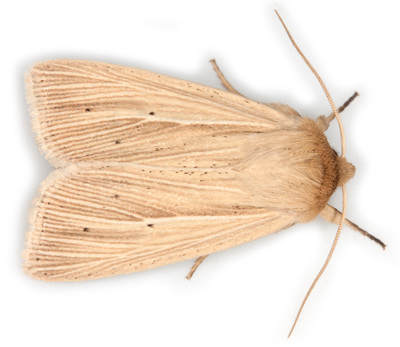 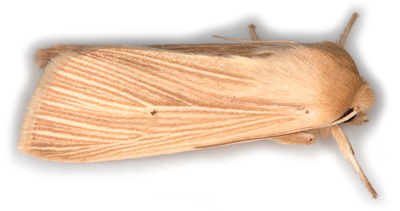 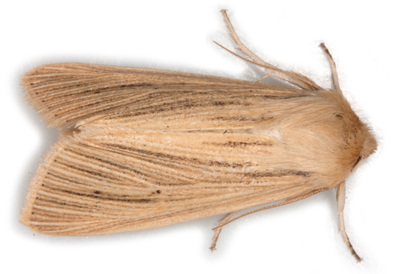 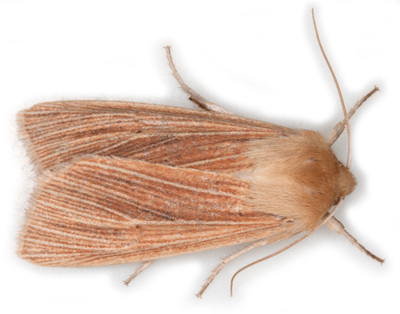 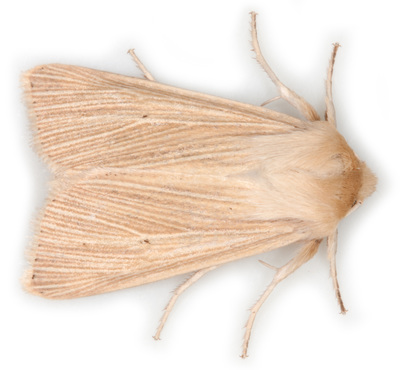 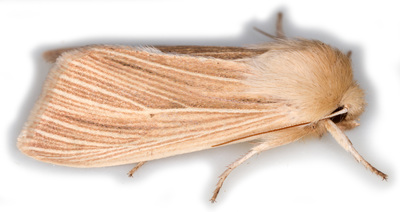 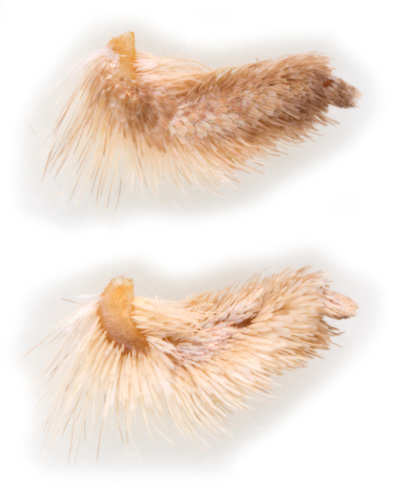 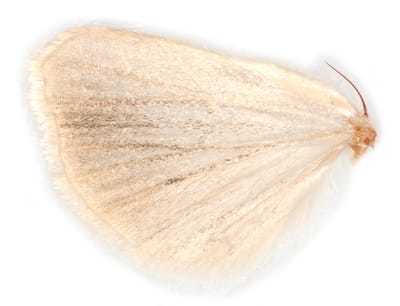 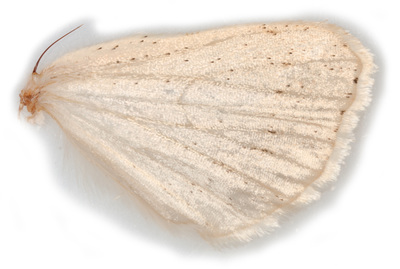 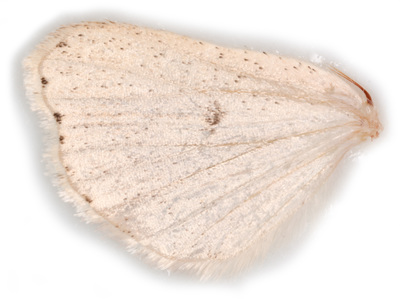 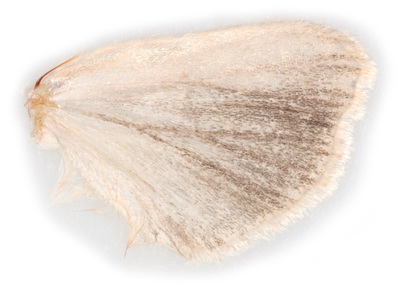 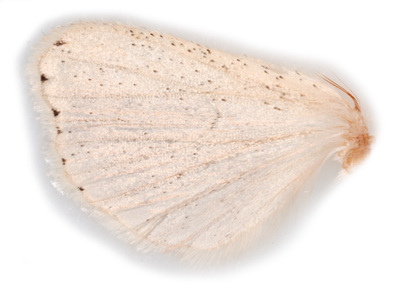 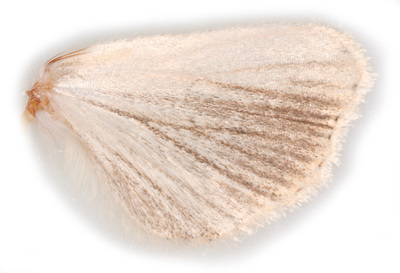 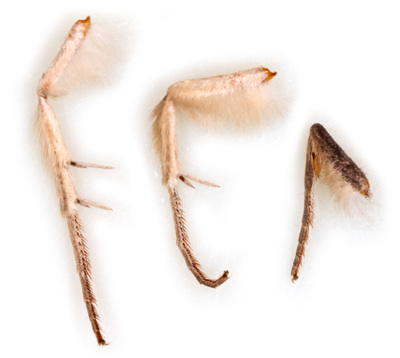 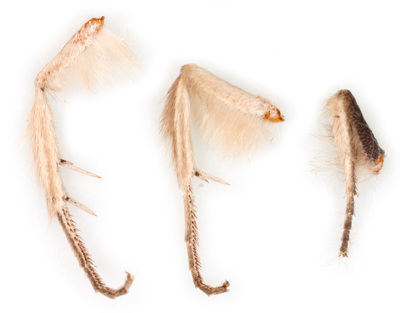 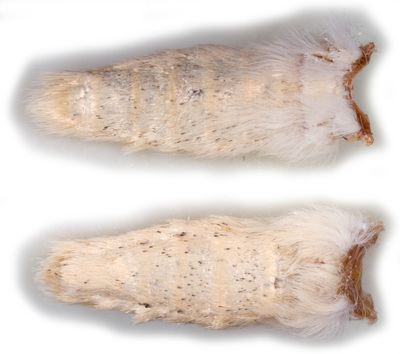 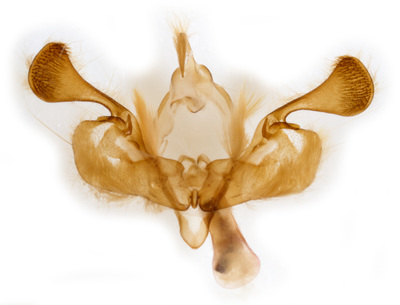 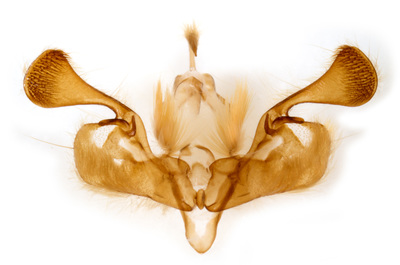 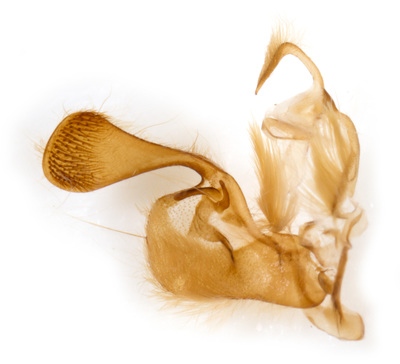 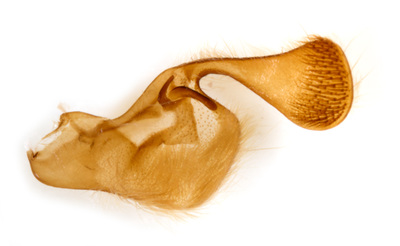 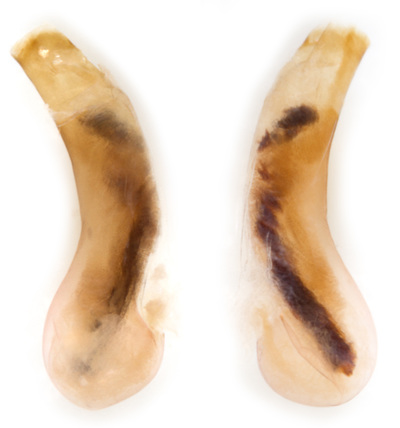 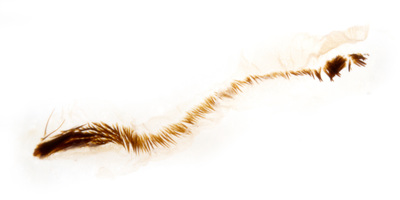 Female genitalia
Very similar to M.impura and M.straminea. In M.pallens the sclerotisation of the ductus bursae extends to the junction with the bursa copulatrix, while in M.impura it doesn't extend so far. M.straminea appears intermediate with regard to the above feature and is better distinguished by the shape of the border of the ostium, which is more or less transverse in M.pallens and M.impura but is arched (convex to the posterior) in M.straminea.