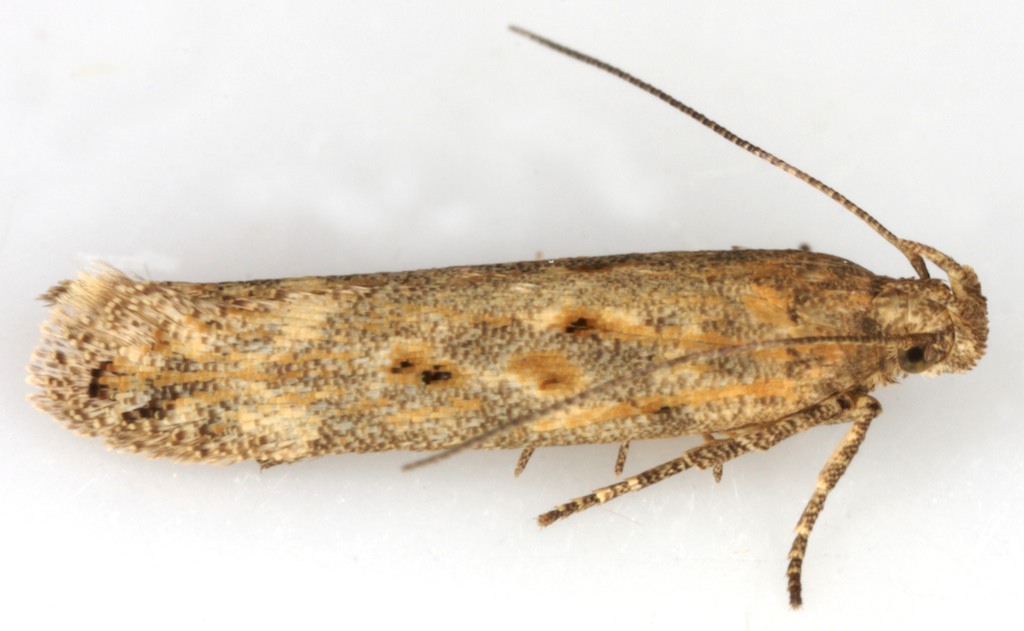 Scrobipalpa instabilella §1
ID: Forewing is very variable and also similar to other Scrobipalpa species.
Can only be reliably identified by genital examination.
Male genitalia: Coremata present; posterior margin of uncus rounded (not notched); uncus not exceeding valva; posterior process of vinculum shorter than sacculus > S.instabilella/salinella. Both species vary in shape of uncus, length of valva, width of median emargination of vinculum and shape of saccus. According to MBGBI4.2 "In S.instabilella the aedeagus is almost straight and the apical arm is relatively broad, curved with the apex blunt; whereas in S.salinella the aedeagus is slightly curved and the apical arm is narrow and almost straight, with the apex sharply bent; the subapical arc is broad in S.instabilella and narrow in S.salinella". I have found this identification to be extremely confusing. I may have fallen at the first couplet as, although I have examined many individuals of this species I do not recall and have not photographed coremata. If coremata absent then > posterior margin of uncus rounded; posterior process of vinculum continuous with median emargination of vinculum; uncus slightly exceeding valvae > S.obsoletella (or S.clintoni which only occurs in W.Scotland). However the subapical arc in the aedeagus of S.obsoletella is almost straight, the apical arc has a pronounced angulation and the forewing is said to be pale grey without any red-brown colouration. Comparing all the drawings of male Scrobipalpa genitalia in MBGBI4.2 and the images at Moth Dissection S.instabilella is the only species with such a broad apical arc and such a broad apical half of the aedeagus. However, both the above sources show the posterior process of the vinculum to be shorter and broader than shown in my images. Assuming my identifications are correct the broadness of the apical portion of the aedeagus seems to be a much more obvious difference between S.instabilella and S.salinella than any difference in straightness of the aedeagus - in S.instabilella the apical half of the aedeagus is almost as broad as the coecum, while in S.salinella the apical half of the aedeagus is about half as broad as the coecum.
Female genitalia: corpus bursae clearly defined; signum in transition zone between DB and CB; CB oval; concave side of signum without teeth > S.salinella/instabilella. S.salinella is separated in the key in MBGBI4.2 by: ventral zone narrower than DB at coliculum. However, this seems difficult to determine and the images of both species at Moth Dissection appear to show this feature (as does my female specimen). A more consistent distinction appears to occur in the shape of the signum which is much broader at the base in S.instabilella than in S.salinella: perhaps - S.instabilella: width of signum at 2/5 from base ~2x width at 4/5 vs S.salinella: width of signum at 2/5 ~= width at 4/5.
<
> 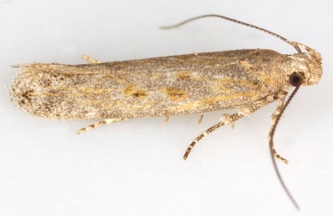 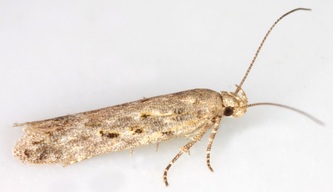 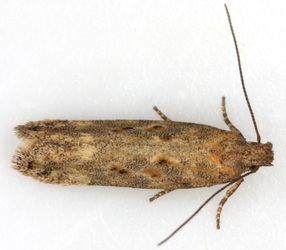 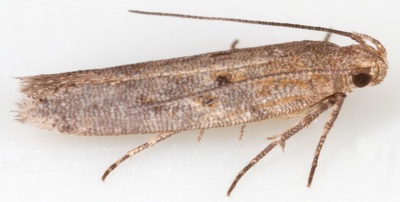 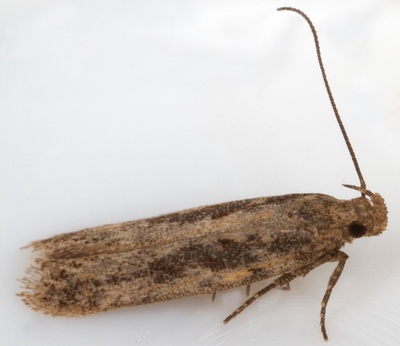 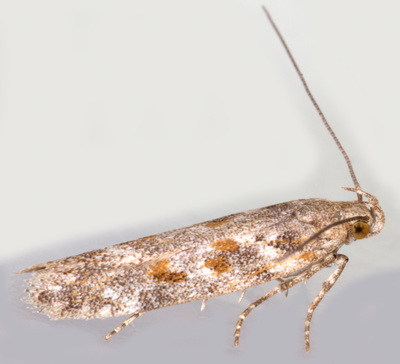 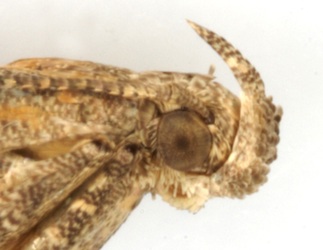 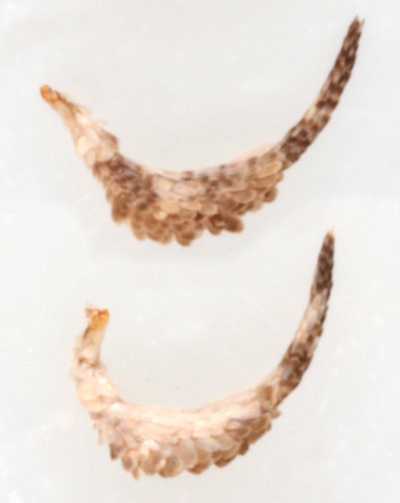 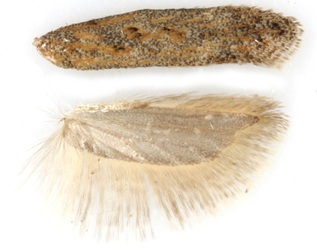 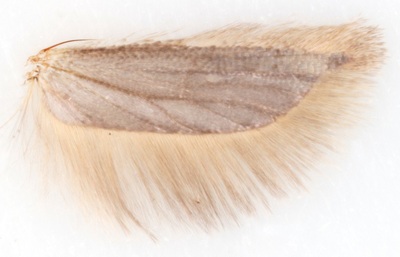 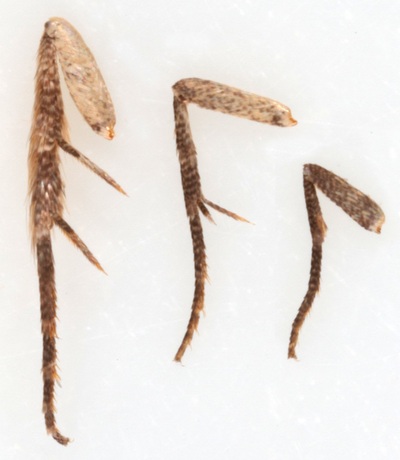 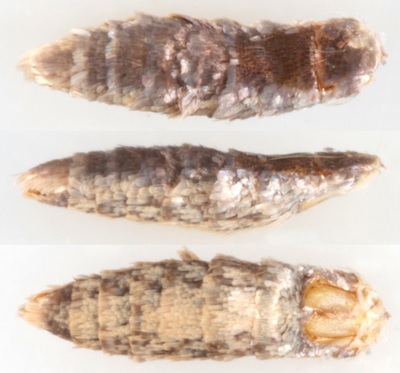 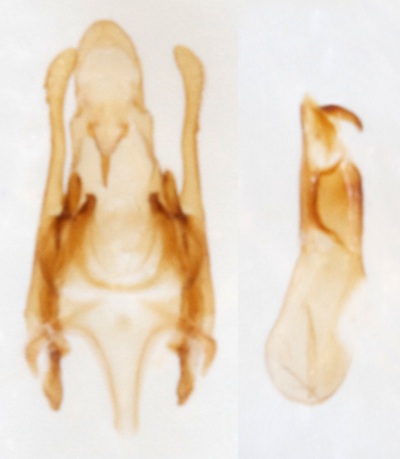 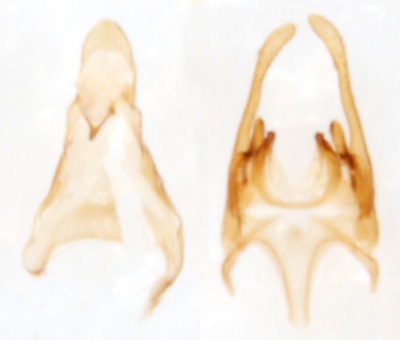 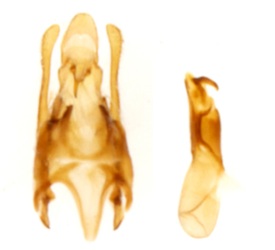 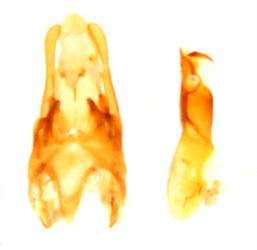 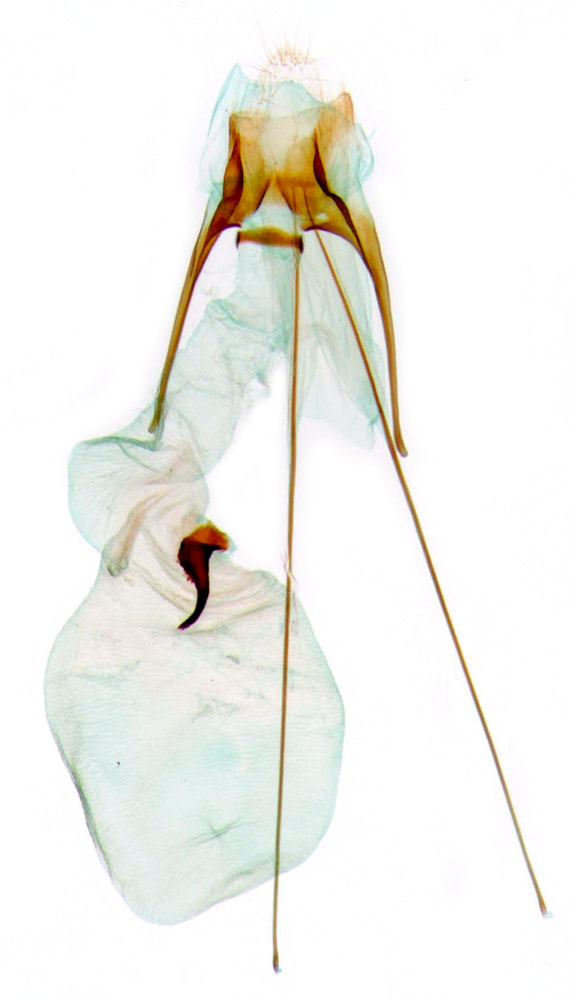 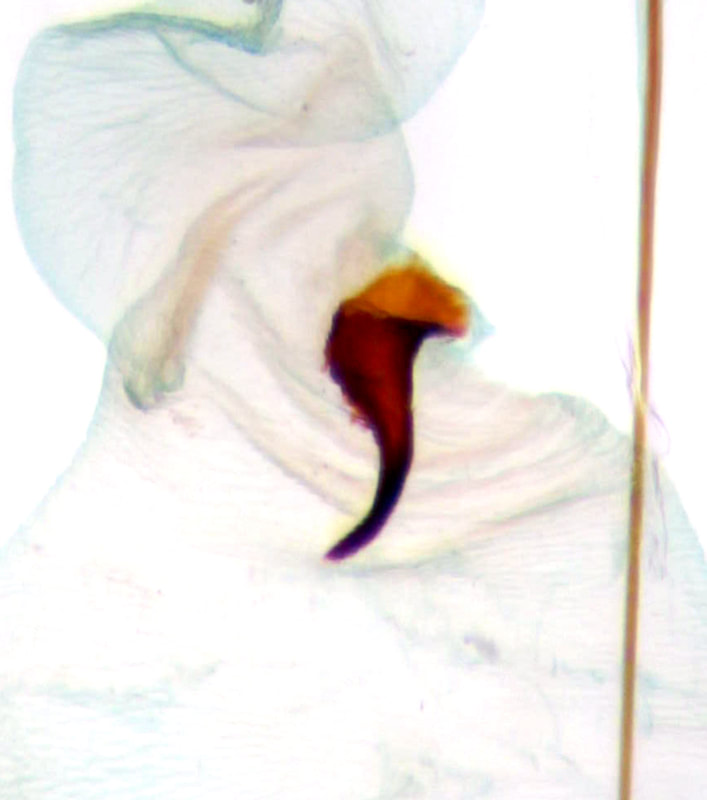